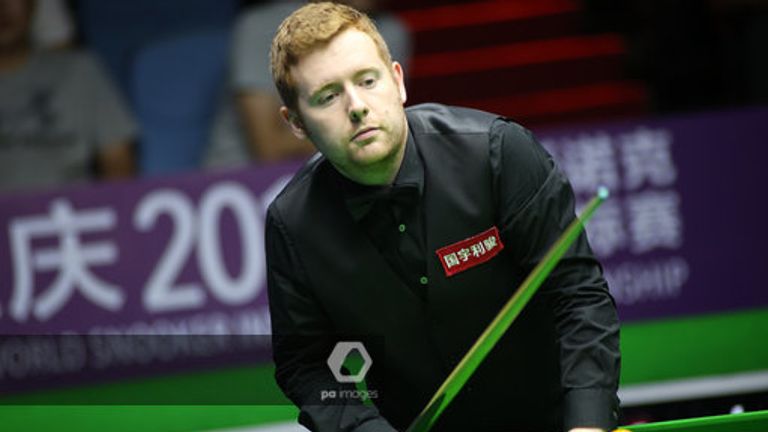 Woollaston sealed his place in the next round of the tournament with two wins and a draw in his three round-robin matches in Group Eight, whitewashing Liam Highfield and Thor Chuan Leong 3-0 and drawing 2-2 with Jimmy Robertson.

Topping the group has the added bonus of being able to continue seeing his wife, who has been at the Milton Keynes venue since before the tournament started and will remain there until it is completed next Thursday.

The players, meanwhile, travel to the Marshall Arena the day before they play and leave after their last shot.

Wollaston said on the tournament’s Twitter page: “It’s a really strange situation to be in the same building and say ‘hello’ to each other from metres away.

“We had a sandwich together earlier but we were two tables apart, basically shouting at each other!

“You’ve just got to get on with it and it’s only for a few more days.”

Robertson also overcame Thor 3-0 but drew against Highfield, which ensured Woollaston moves into the next stage.

? "We had a sandwich together earlier but were two tables apart!"@Ben_Woollaston admits it has been strange having to socially distance from his wife @tatiana_referee this week, as he moves into the Winners' Group stage of the https://t.co/Z38GE5f6Il #ChampionshipLeague pic.twitter.com/2RG5Gs8oeP 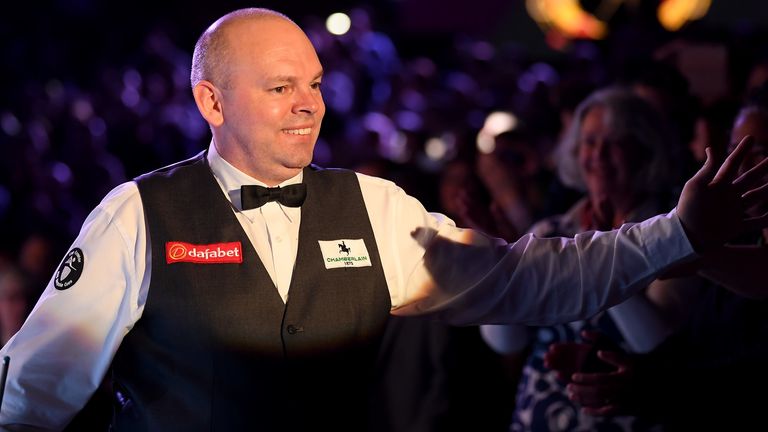 Stuart Bingham won just one of his three matches but it was enough to send the 2015 world champion into the next phase.

Bingham started the tournament in convincing fashion with a 3-0 victory over Jamie Clarke but the world No 13 settled for a 2-2 draw against Jordan Brown in his next outing.

Nevertheless, Bingham seemed well placed when leading 2-1 in his final match against Ricky Walden but a missed pink would prove costly as his English opponent cleared up to gain a share of the spoils.

Walden, recorded identical scorelines against Clarke and Brown as Bingham to leave the pair level-pegging at the top of Group One.

Bingham’s highest break of 94 gave him the edge over Walden, whose best was 89, but the former world No 2 could only breathe a sigh of relief once Clarke snatched a frame against Brown.