A mass brawl broke out during an outrageous TWO-ON-ONE mixed martial arts fight in Russia earlier this week.

Epic Fighting Championship hosted the insane handicap fight on their latest card – which was littered with other bizarre match-ups.

The WWE-esque bout pitted lean and mean fighters Vladislav Popov and Ramzan Amsadoev against the slower and pudgier Vitaly Bykov.

And as expected, the tag-team's numerical advantage quickly paid off as they swarmed their helpless foe with strikes.

Bykov managed to survive the early onslaught and eventually secured a beautiful takedown on Amsadoev.

But seconds after grounding the fight and ending up in a guillotine, Popov started pounding a helpless Bykov on the back of the head.

The strikes prompted one of Bykov's team to climb into the cage and repeatedly punch Popov.

Pandemonium ensued as members from both corners jumped into the cage and started trading blows.

After returning to his feet, Popov fired a series of sickening soccer kicks to a downed Bykov – who was still entangled with Amsadoev.

And seconds later, he ran out of the cage and proceeded to attack a spectator.

Security quickly got a hold of Popov and threw him to the floor in order to calm him down.

The bout eventually resumed without Popov after plenty of posturing from the fighters and their respective teams.

Bykov took over the contest as soon as it became an even one, using his height and weight advantages against the much smaller Amsadoev.

And he ended the bout in the third round with a nasty kimura.

MMA fans were quick to comment on the bizarre bout and the insane brawl, with one saying: "Russian MMA is crazy."

Another said: "Russian MMA crazy compared to ours."

And another said: "I swear I see something like this every other day from Russia." 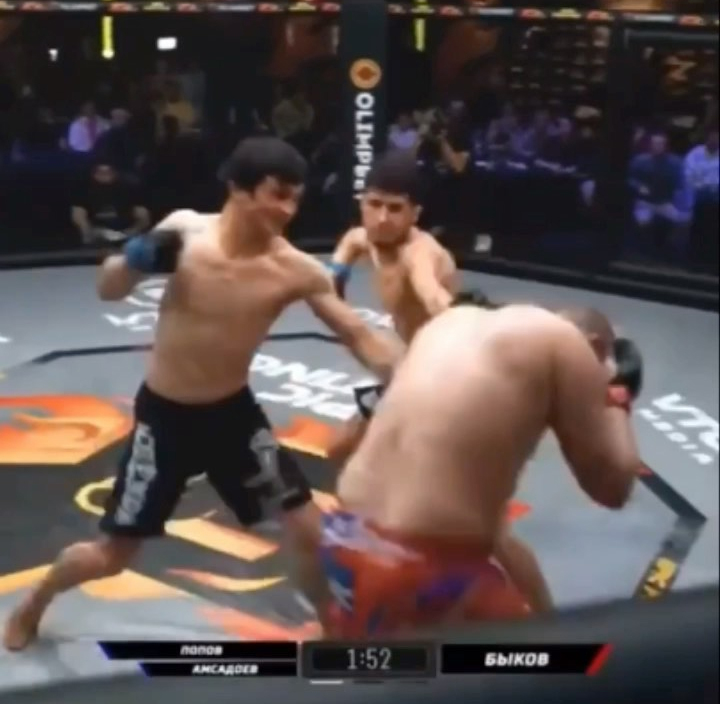 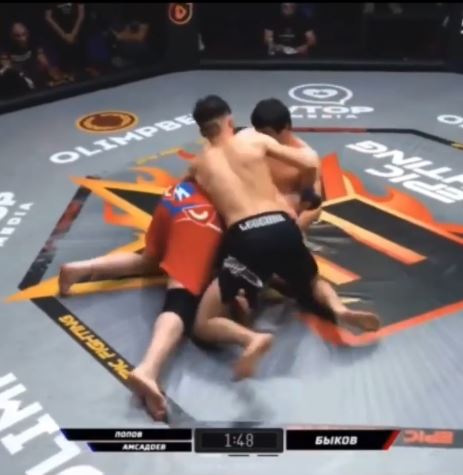 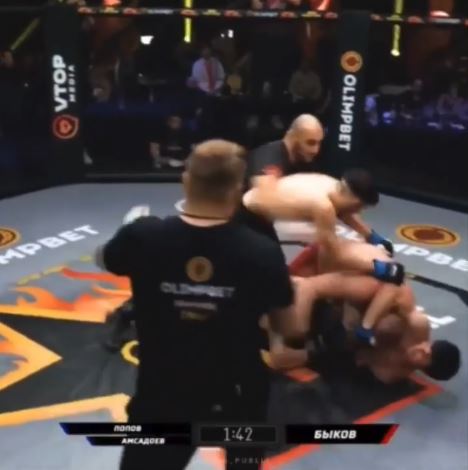 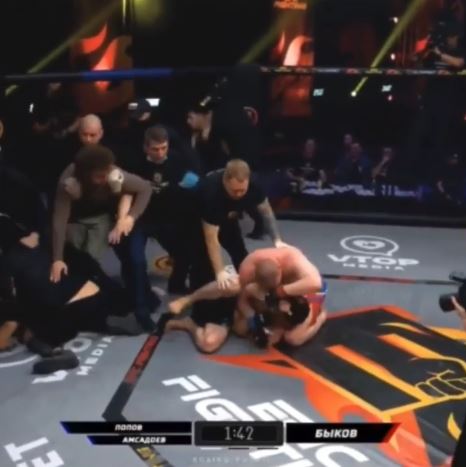 One remarked: "Damn bro the Russians know how to put on a fight!!! I love these handicapped fights."

Epic FC's latest card also featured a two-on-one fight that pitted a 75-year-old and his grandson against a 28-year-old woman.