Sha’Carri Richardson admits she is responsible for her actions after being handed a one-month ban for failing a drugs test for marijuana.

The ban, which started on 28 June, does not completely rule the American out of the Tokyo Olympics, though she will now no longer be involved in the women’s 100m at this month’s Games.

Richardson, one of the world’s most exciting athletes and a contender for a gold medal in Japan, has also had her winning performance at the US Olympic Trials in Eugene invalidated.

In an emotional interview with NBC, Richardson explained her use of marijuana was a way of coping with the unexpected death of her mother, which she discovered from a reporter, an experience she says sent her into “a state of emotional panic”.

“I’m blessed to be alive. I’m responsible for my actions. I know what I did, I know what I’m supposed to do, what I’m allowed not to do, and I still made that decision,” the sprint star told the Today Show. “I’m not making any excuse or looking for any empathy in my case, being in that position of my life, finding out something like that, something that I would say one of the biggest things that have impacted me positively and negatively in my life, dealing with the relationship I had with my mother. 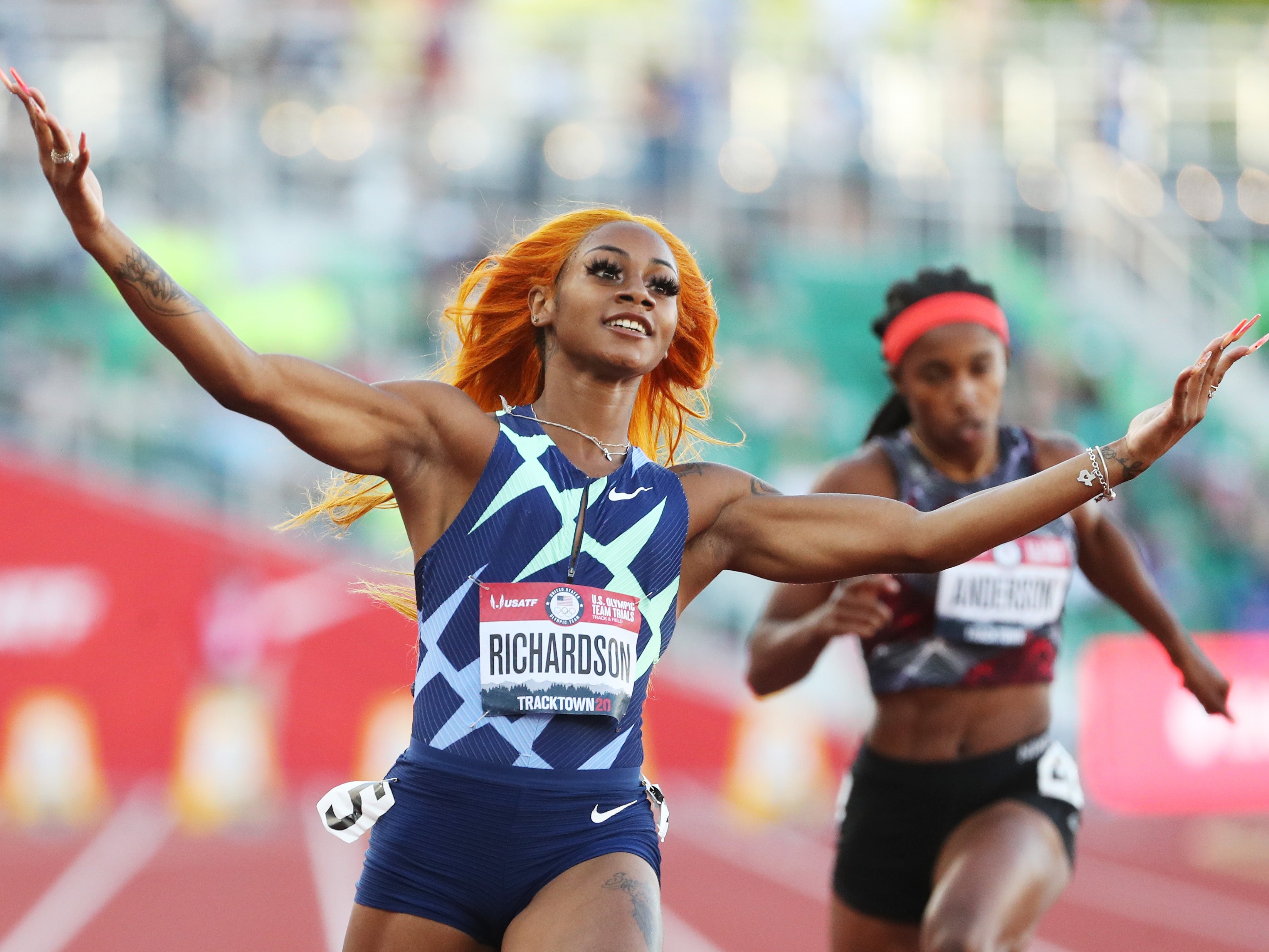 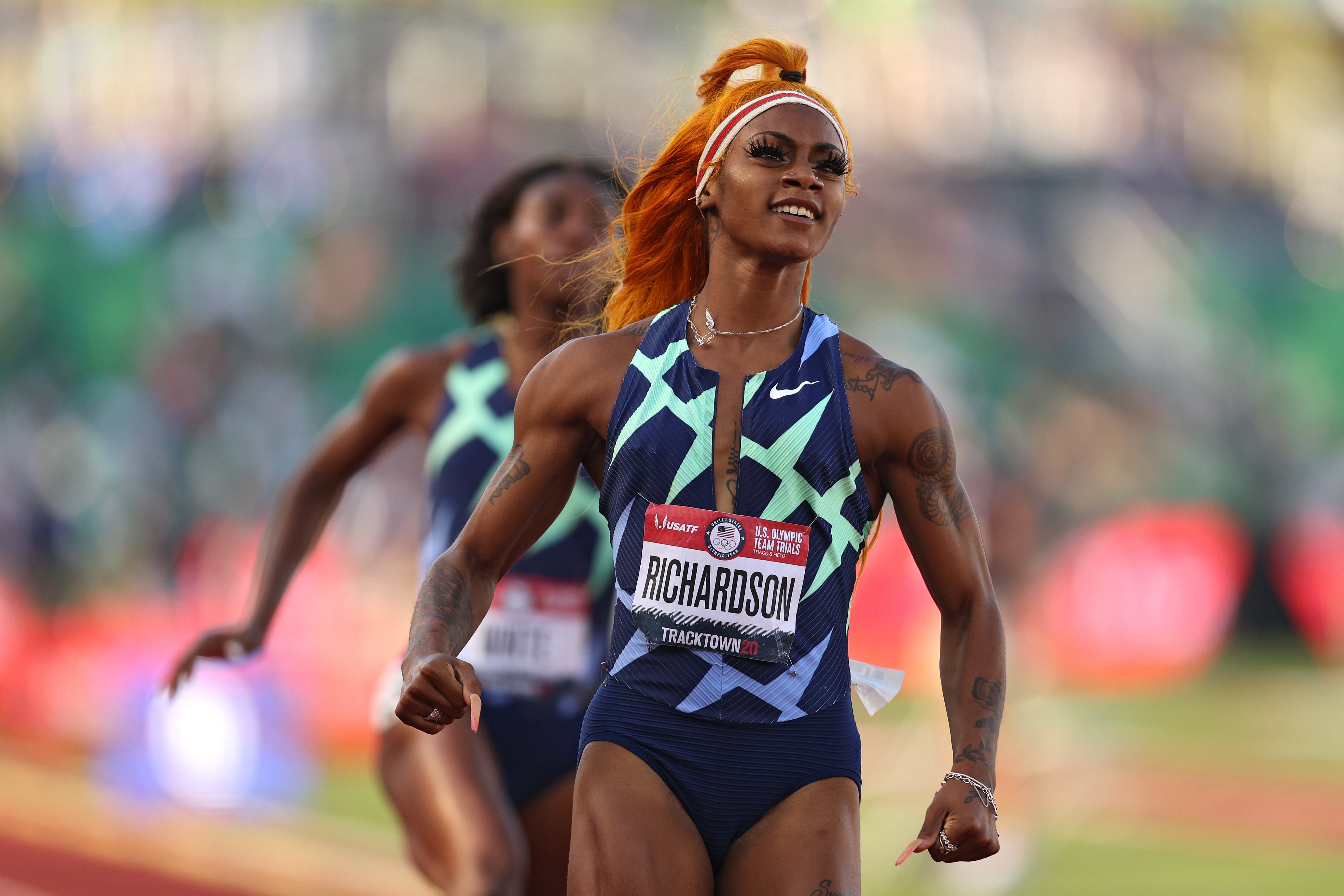 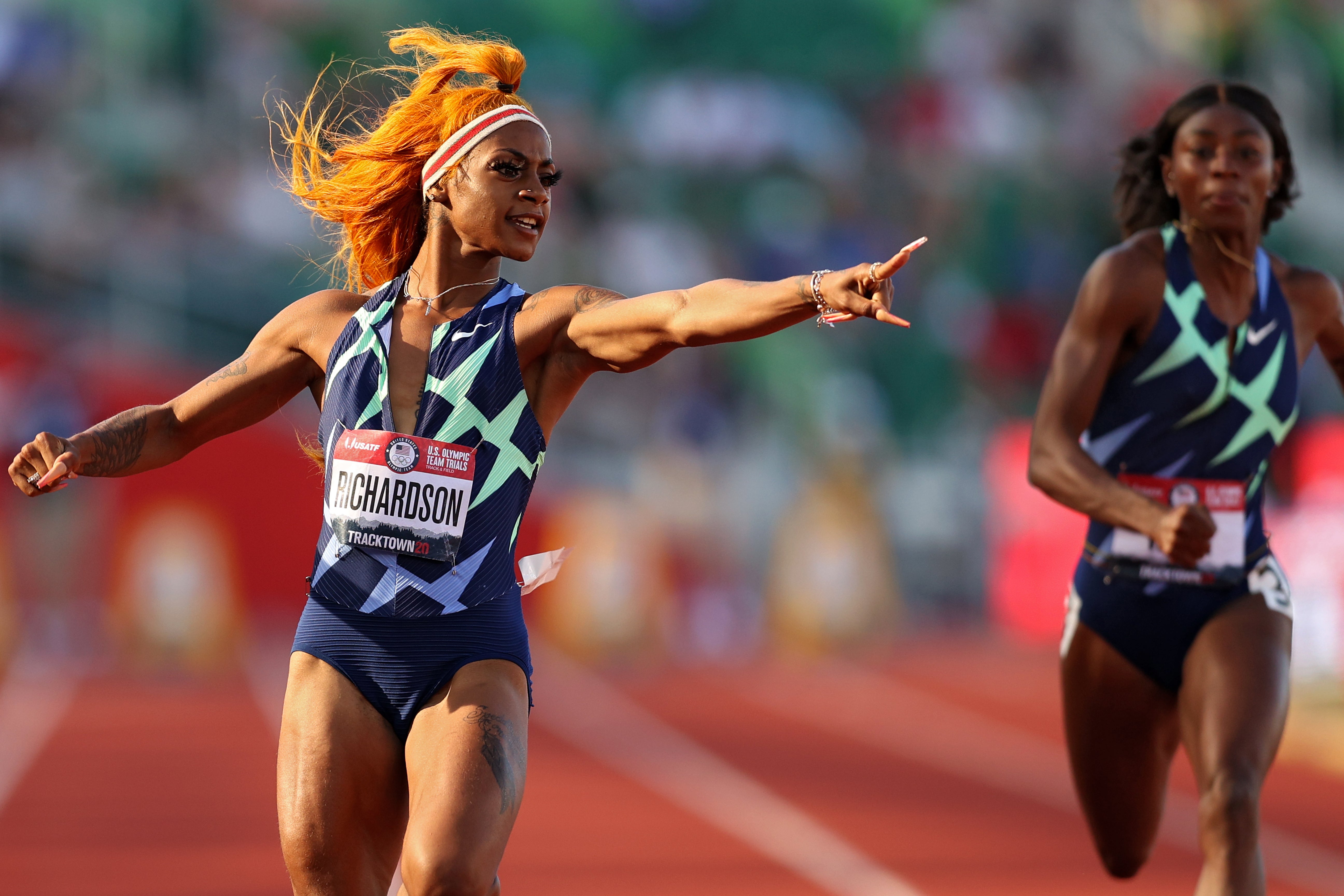 Richardson could still feature in Tokyo in the 4x100m relay when her ban will have expired, and Richardson, who holds the second-fastest time in the world this year at 10.72 behind Shelly-Ann Fraser-Pryce at 10.63, is hopeful the USATF grants her a spot on the team. 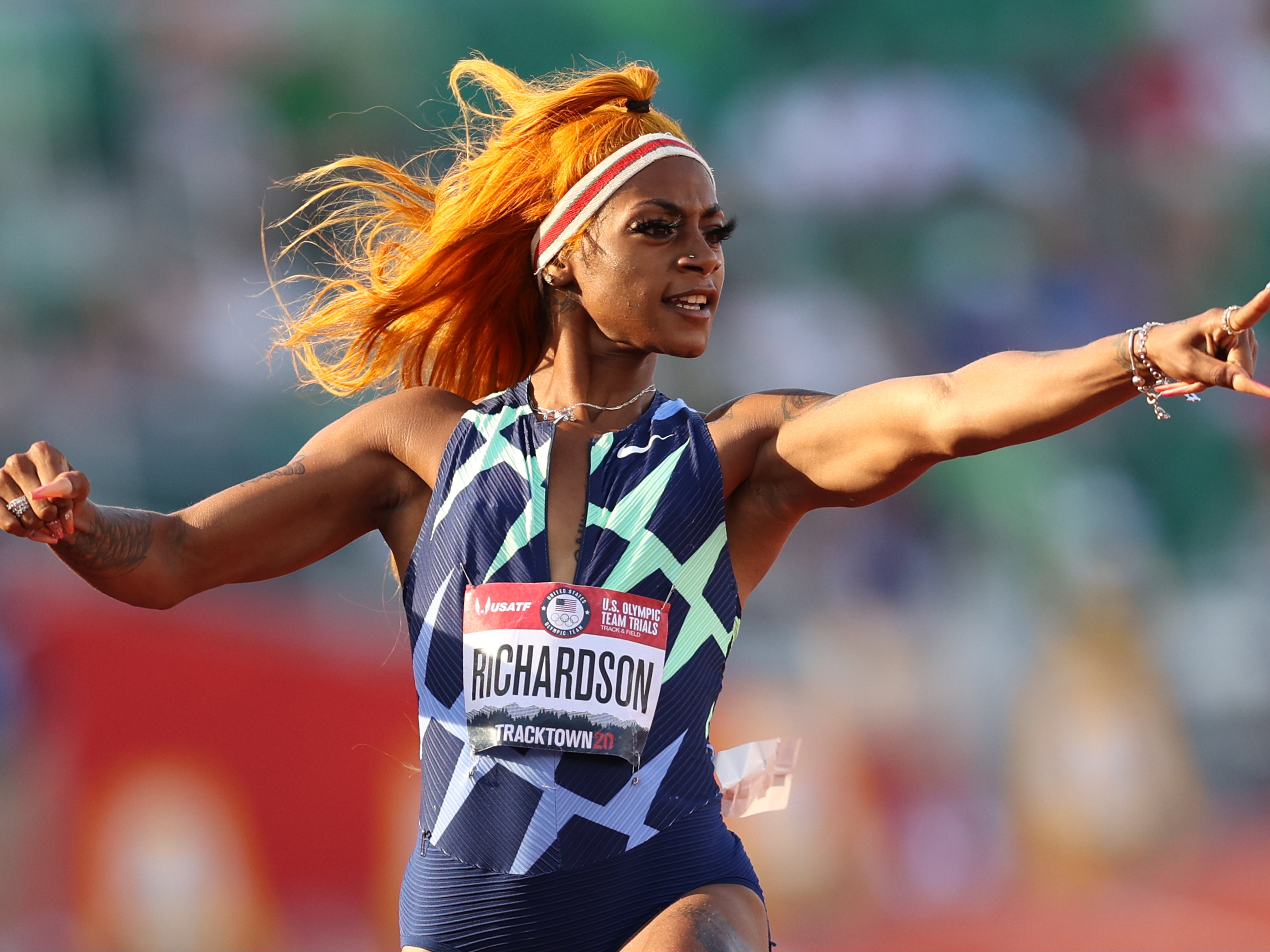 Sha’Carri Richardson has been banned for one month

“Right now I’m putting all of my time and energy to deal with what I need to do, which is heal myself. If I receive that blessing, I’m grateful, but if not I’ll focus on myself,” Richardson added. “I’d like to say to my fans and my family and my sponsorship, I apologise, I’m disappointed. When I’m on the track I represent a great community that has shown me great support and love and I failed you all. I apologise for the fact that I didn’t know how to control my emotions during that time. I’m human, we’re human. I want to be as transparent as possible with you guys.

“I say, don’t judge me, I’m human like you, I just happen to run a little faster. This will be the last time that the US doesn’t come home with the gold in the 100m. This is just one Games, I’m 21, I’m very young, unlike most I have plenty of Games in me to compete in. I have plenty of talent to back me up, everything I do comes naturally, no steroid, no anything, this incident was about marijuana. After my sanction, I’ll be able to compete, every single time I step onto the track I’ll be ready for whatever anti-doping agency to come and get what it is that they need, as this will never happen again.”