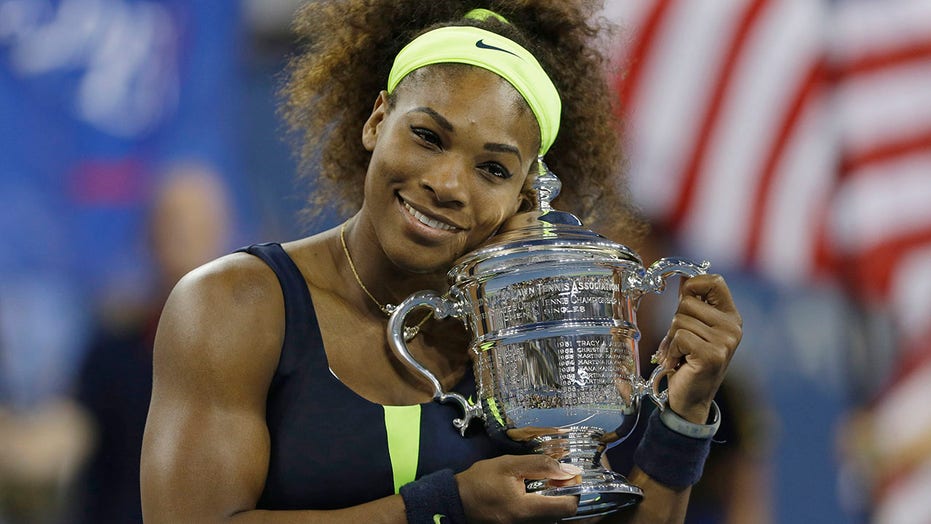 Serena Williams is on her way to tying the record for the most Grand Slam titles by either a man or woman, with her appearance at the Australia Open next month — but the tennis pro seems to have literally lost track of a few of her trophies.

Williams appeared on The Late Show with Stephen Colbert this week to talk about the upcoming event and revealed that of her impressive 23 Grand Slam trophies, some might have been “taken.”

“I keep them at little places,” Williams explained. “My first Grand Slam, I actually left at my dad’s house at the time and said ‘You keep it because I am going to get another one’, that was at the US Open. Of course, I was able to get another one. My coach has a few in France and there are several in my house. I think one or two or three are missing or have been taken.”

She continued: “Honestly, I feel like I had a house party years ago and someone got a little too happy at it … but I always wonder, ‘wait, is that where one of my Wimbledon trophies went?’ But fortunately enough I’m not attached. I’m not really attached to things. You know my saying is ‘you can’t take it with you when you leave.’”

Thankfully, the trophies issued to players after they win tournaments are only replicas of the actual trophies.

Williams is just one Grand Slam win away from tying Australian Margaret Court’s record of 24 career titles, the most of any player in tennis history. She will face some unusual challenges including a lengthy quarantine that a number of players have spoken out against.

For Williams, while the restrictions are heavy, they are worth the outcome.

“It’s super, super strict but it’s really good … When we come here in Australia everyone has to quarantine in a room for 14 days and it’s insane and it’s intense but it’s super good because after that you can have a new normal like what we were used to last year this time in the United States. So they’re doing it right.”

Australia has had zero locally acquired cases and seven cases from overseas over a 24 hour period as of Wednesday, according to the National Department of Health. There are currently 106 actives cases.