Australia’s hopes of winning a gold medal in the mixed 4x50m medley relay have been dashed after a huge selection bungle on day two of the World Swimming Championships.

Hot favourites for a medal on Wednesday evening in the mixed-gender event, Australia have failed to qualify for the final following a selection gamble which backfired spectacularly.

After touching the wall in second place in the first of four heats, Australia looked like they would make the top eight but ended up finishing 10th overall.

Australia have generally selected slightly weaker swimmers for relay heats, to keep their fastest athletes fit for a final. 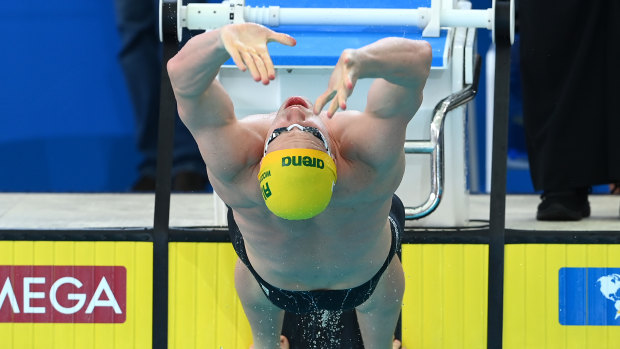 Clearly Taylor thought the team was strong enough to advance to the final, but that wasn’t to be as Australia were bundled out in the heats.

Stars such as Emma McKeon, Kaylee McKeon and Kyle Chalmers were expected to come in for a final on Wednesday evening.