A SUPER COMPUTER has predicted Rangers will edge rivals Celtic and defend their Scottish Premiership title this season.

The two Glasgow clubs are expected to battle it out for the Scottish crown, despite both teams losing in the first month of the new campaign. 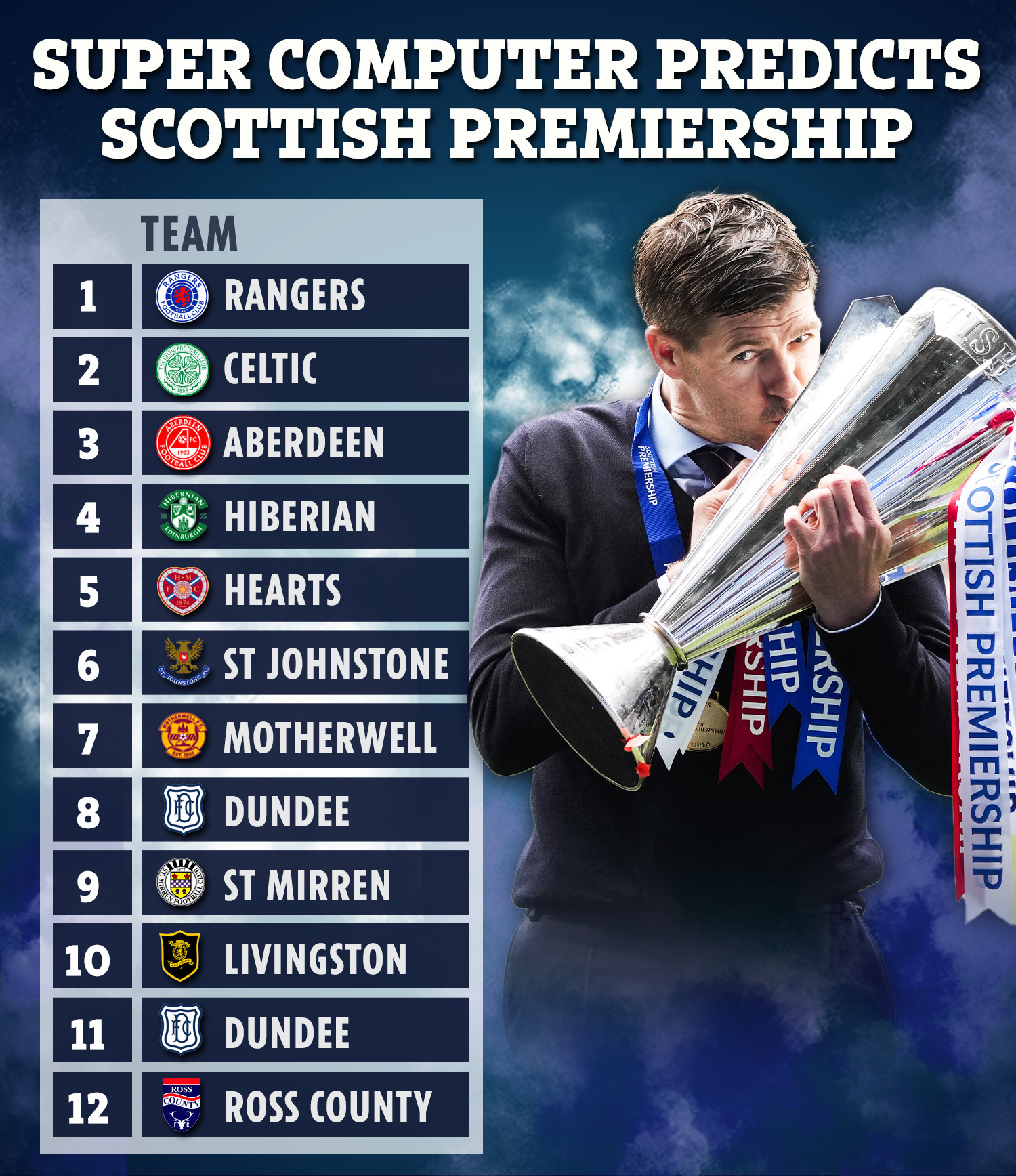 According to Betting Expert's Super Computer, Rangers will win a record 56th Scottish title in the coming months.

Steven Gerrard's side have endured a tricky start to the season, losing 1-0 at Dundee United in their second league game earlier this month.

They've also been knocked out of the Champions League by Malmo and are at risk of missing out on the Europa League.

Rangers are expected to reach the group stages but need to defend their 1-0 lead against Armenian side Alashkert in the second leg on Thursday.

Celtic are predicted to finish second under new manager Ange Postecoglou, despite losing their first league game of the season to Hearts.

But the 51-time champions of Scotland hammered Dundee and St Mirren 6-0 in their last two league outings.

A Betting Expert spokesperson said: "Rangers may not be invincible once again this season, but they are still set to be champions of Scotland for another year.

"Our supercomputer has them ahead of a Celtic side that may be improved from last term but could struggle to close the gap at the top."

Alex Ferguson's old club Aberdeen are expected to be the best of the rest after picking up seven points from their first three games.

Hibernian, who currently lead the title race on seven points, are predicted to finish fourth, while Edinburgh rivals Hearts are tipped for fifth.

I want us to defend this championship with our lives… that is what being at this club is all about – it is about success, trophies and keeping that hunger.

Defending Scottish Cup and Scottish League Cup champions St Johnstone, who are yet to win this term, are expected to make up the top six.

Motherwell are tipped to finish seventh, while Dundee United – the team that ended Rangers' 40-match unbeaten league run – are expected to end up in eighth.

St Mirren are predicted to survive in ninth – and so are Livingstone, despite losing all three league games this term.

Newly promoted Dundee are expected to be battling relegation in 11th, with Ross County are tipped to finish bottom and return to the Championship.