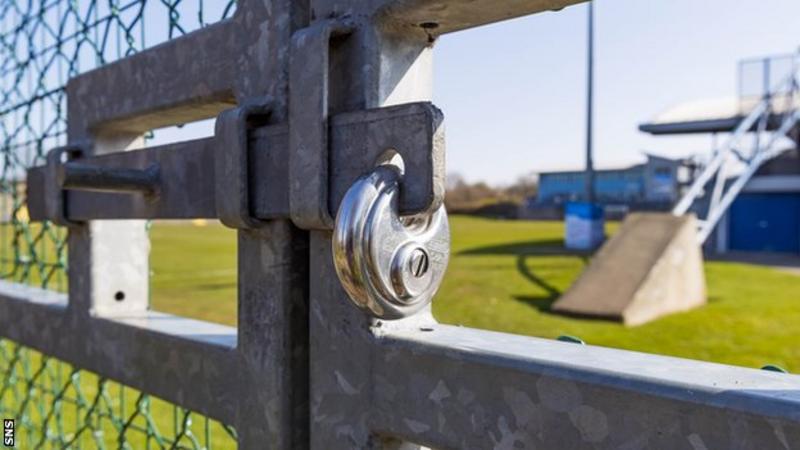 The Scottish football season has been pushed further back with all games suspended until at least 10 June.

The SPFL campaign was halted on 13 March because of the coronavirus pandemic and had been originally stopped until 30 April.

However, no football will be played for at least three months, with member clubs also set to vote this week on ending the lower league season now.

The suspension applies to professional and recreational levels of the game.

“The message is very clear,” said Scottish FA president Rod Petrie. “The government restrictions introduced to save lives must be adhered to and there is no prospect of an early resumption of training, let alone organised football in Scotland for several weeks.

“The decision to suspend all football until at least 10 June is to help clubs ensure the safety and wellbeing of players, staff and supporters as well as take steps to mitigate their costs.

“Scottish football applauds everyone working within NHS Scotland and the care sector and should place no additional burden at a time when their resources are being tested to the limit because of Covid-19.”

All 42 SPFL clubs will vote prior to Friday’s 1700 BST deadline on whether the Championship, League One and League Two seasons will be called now.

The Scottish top flight will remain postponed “to give the best possible opportunity” for it to finish, but it would also be decided on points won per match “if the SPFL board determines” the games cannot be played.

No decision will be taken until after Uefa’s executive meeting on 23 April.