WEST HAM missed out on the chance to climb back to the top of the Premier League as they fluffed their lines at Southampton.

And only a stoppage time clearance off the line from Declan Rice stopped them slipping to defeat as once again they found one of the lesser sides in the Premier League too tough to overcome. 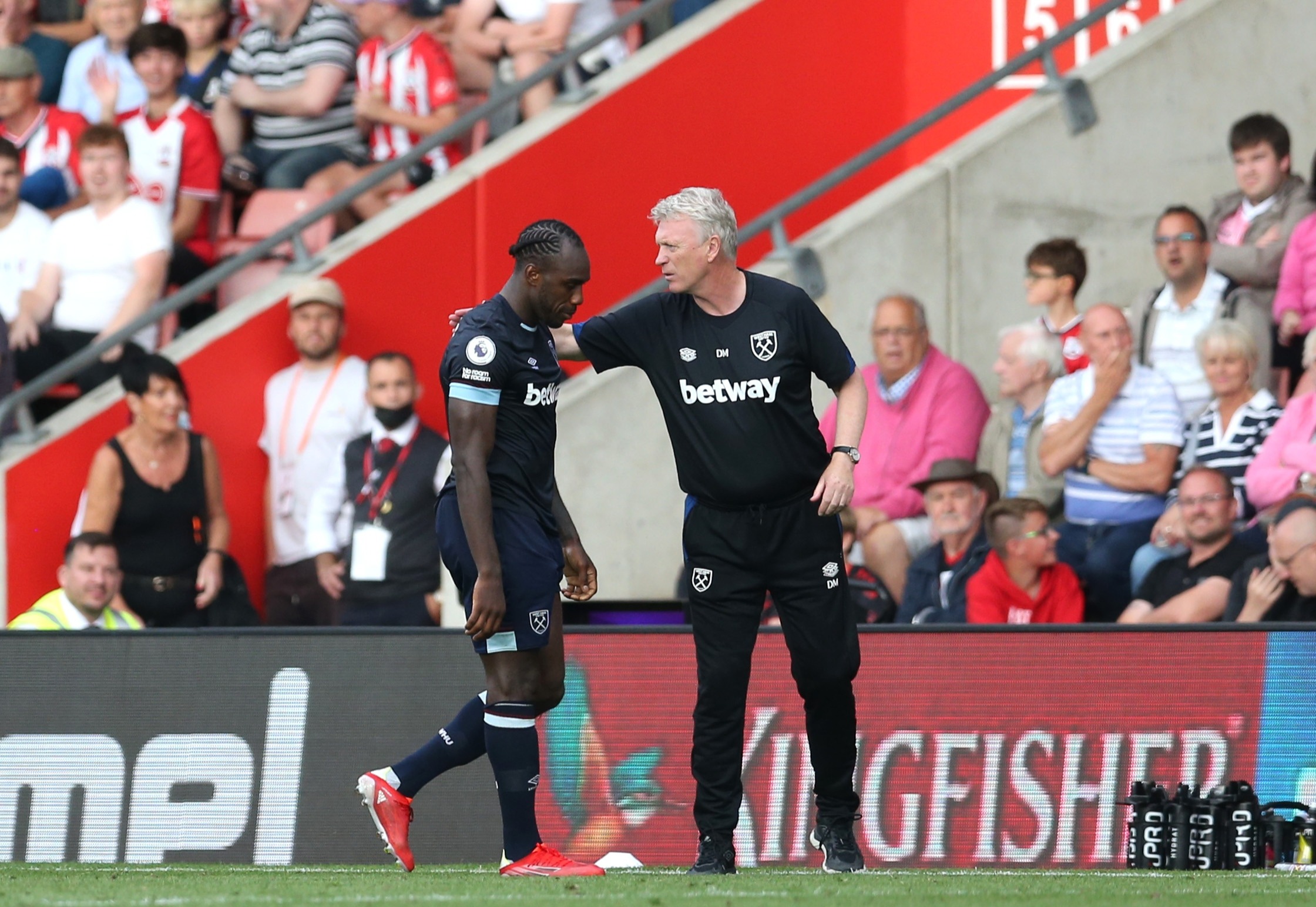 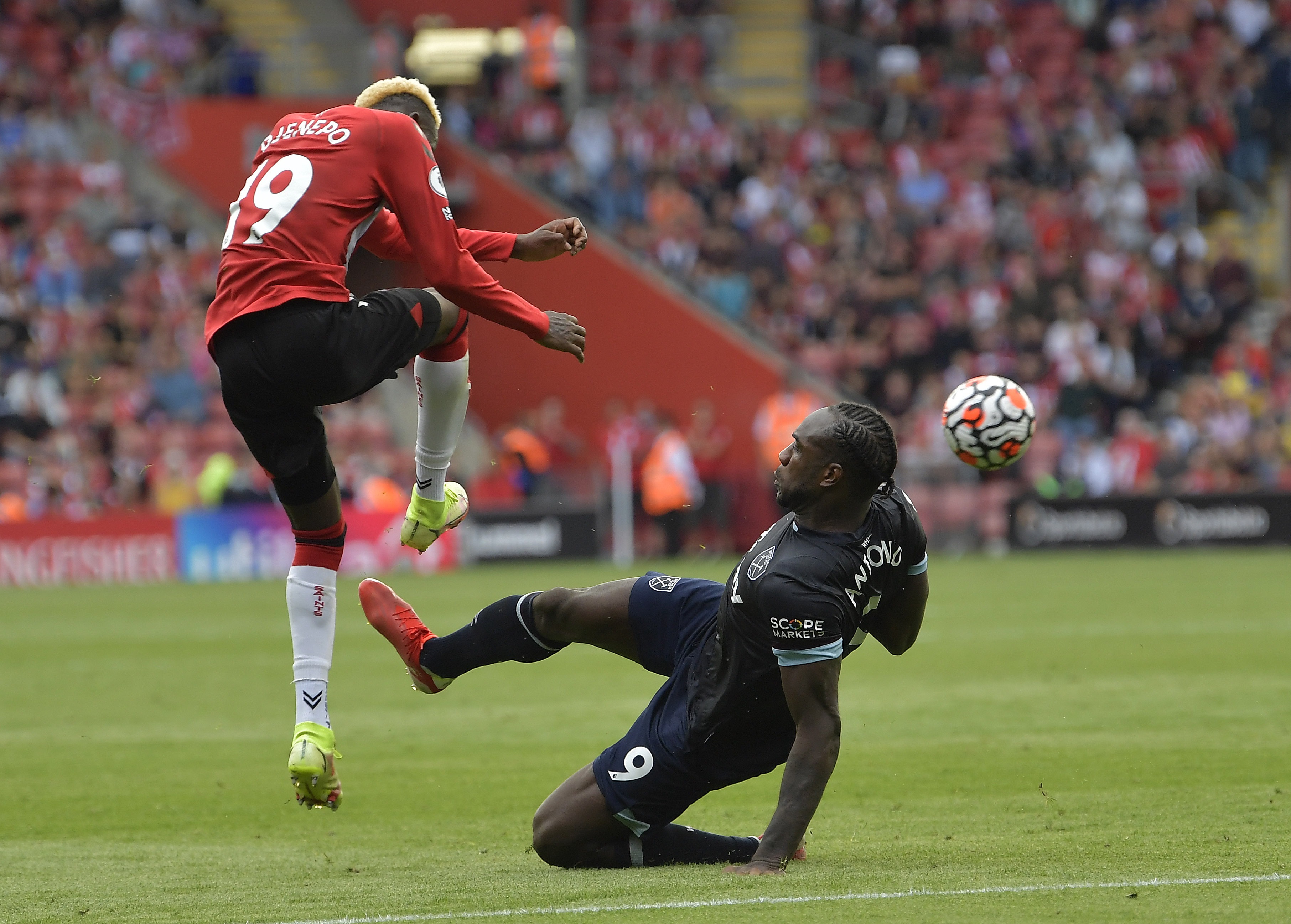 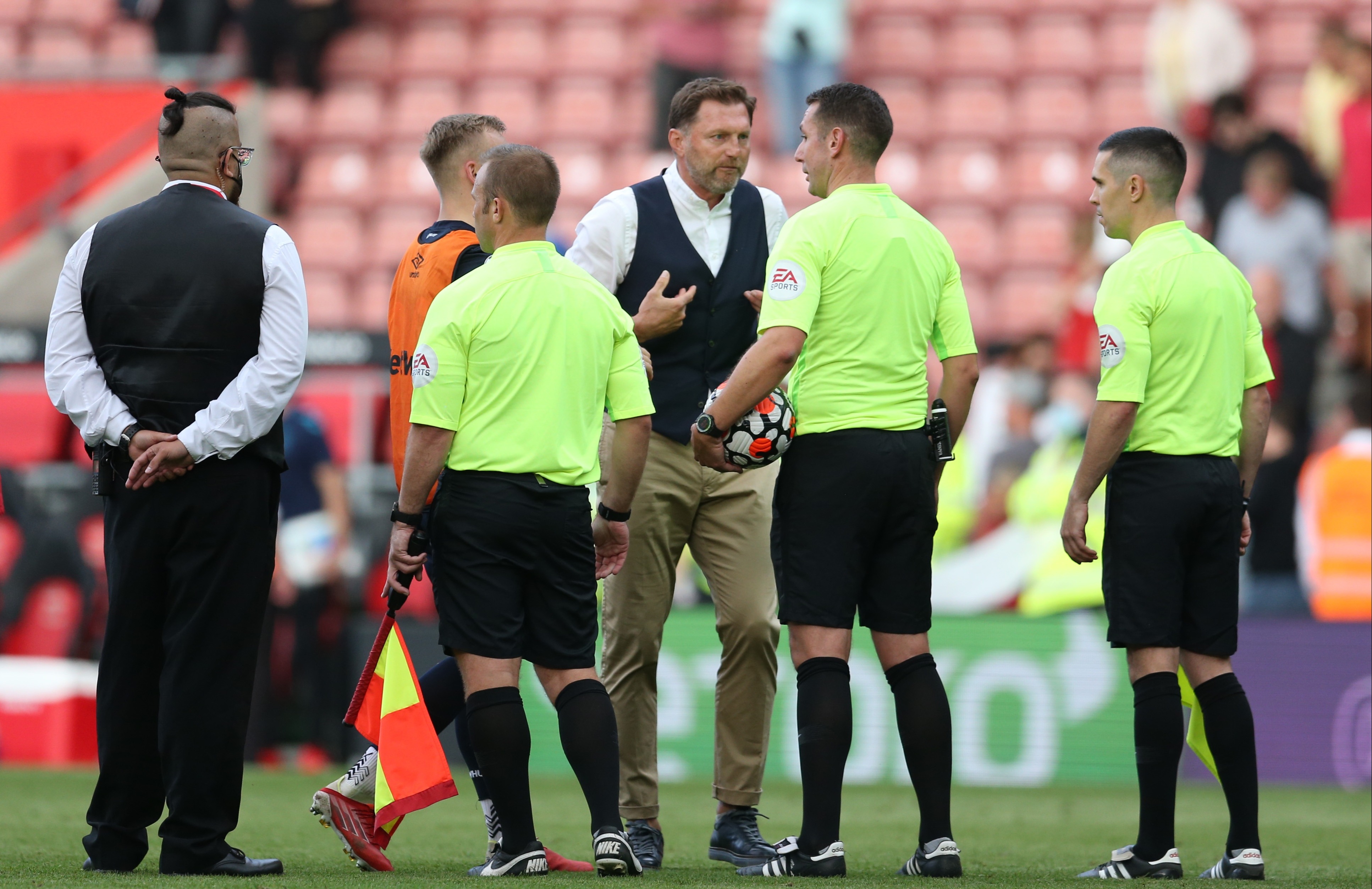 Southampton join Crystal Palace as a side many expected the Hammers to roll over, only to prove nothing will come easy for them after their fine displays last season.

And with Michail Antonio sent off in the final minute for a second booking, all of a sudden those bubbles are not flying so high any more.

The news that Tottenham had been thrashed had buoyed the Hammers fans who travelled south, confident of a victory that would have kept them right up there among the early pacesetters.

After all, they were up against a Southampton side who have been in abject form throughout 2021 across last season and the early stages of this.

Just four wins have come in the calendar year – and that they were against Sheffield United, Fulham, Crystal Palace and Burnley was evidence enough. They were there for the taking.

Whether the West Ham players thought they just needed to turn up to secure the win is unclear, but they were abject in the opening half. And Saints were not much better. 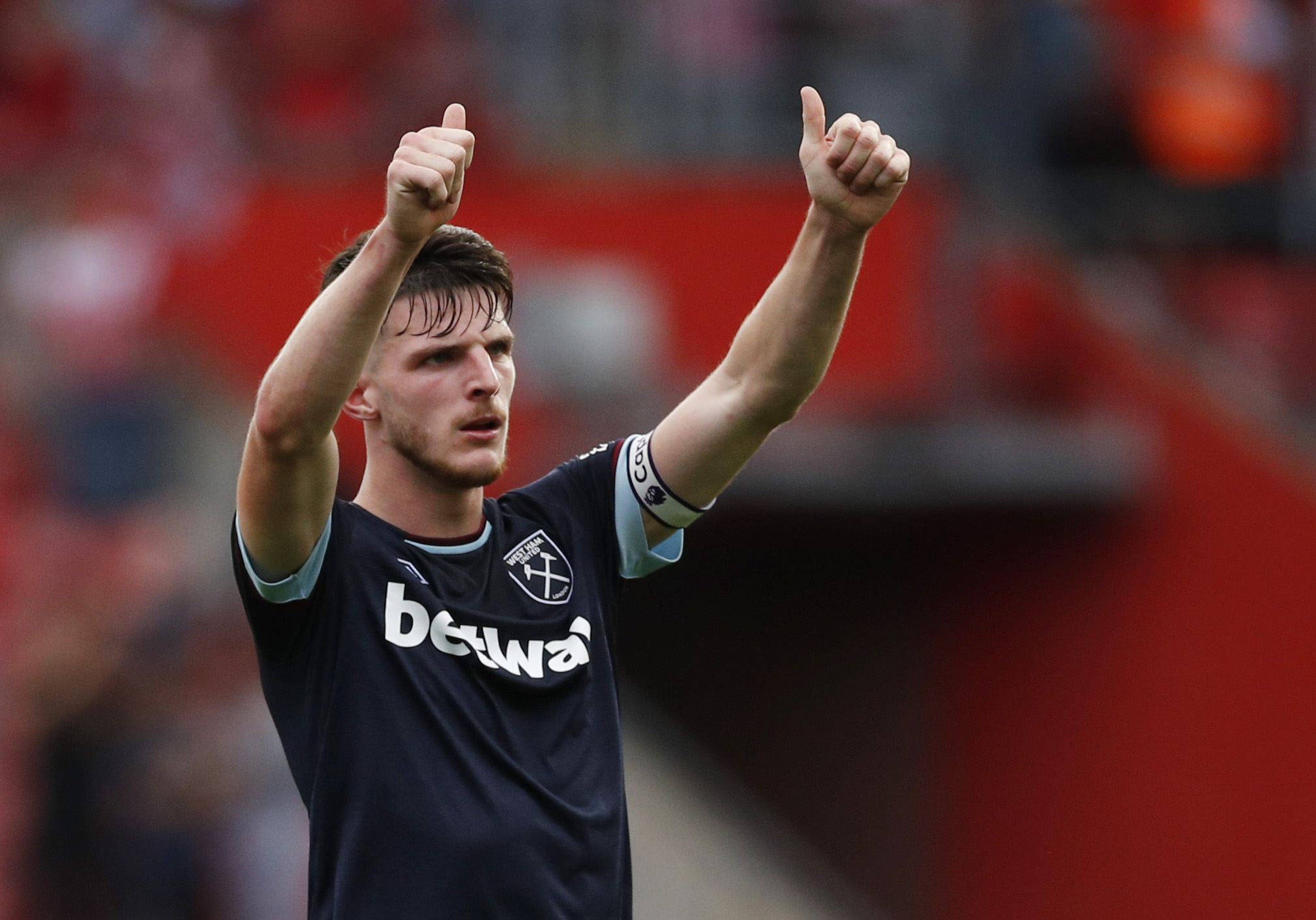 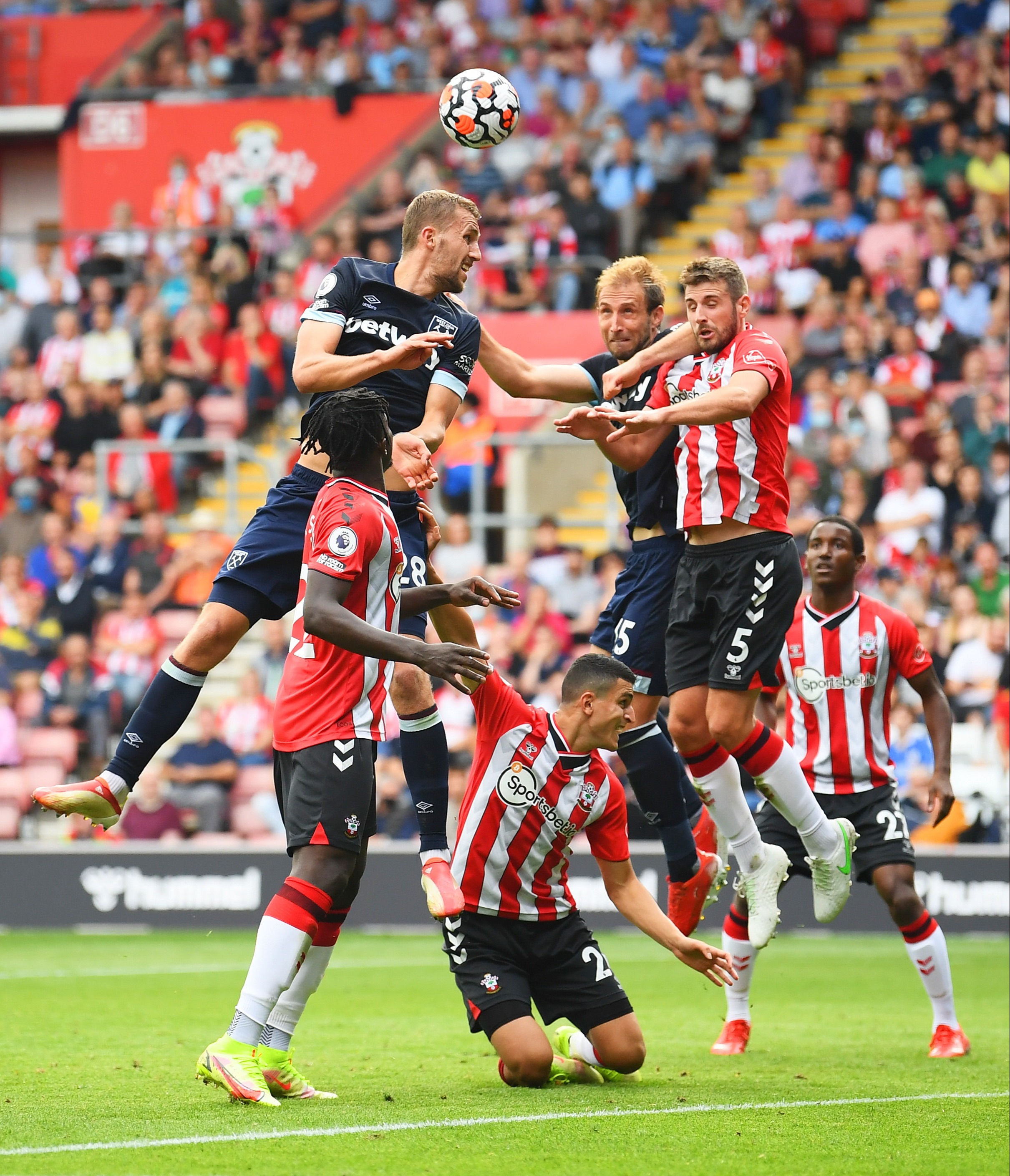 When Adam Armstrong fired in a low shot which forced Lukasz Fabianski into a third minute save, there was the hope the match would catch alight.

Instead that tame effort was to be the only shot on target in a drab first 45 minutes of football in which both sides struggled to even pass to a team-mate.

Top of the table football it was not, and judging by the way both sides came out after the break the managers had delivered some harsh words.

What had been a timid game played at a pedestrian pace suddenly had some intensity and it was West Ham who set the early pace.

Pablo Fornals spotted Said Benrahma breaking over the half-way line, he held play up just outside the area to feed Antonio who forced Alex McCarthy into a low save at his near post.

Then both sides squandered golden opportunities to take the lead within the space of 20 seconds on 52 minutes.

First, Tomas Soucek missed the ball when bursting onto a free header six-yards out from a Jarrod Bowen corner – and from that escape Southampton broke quickly on the counter-attack. 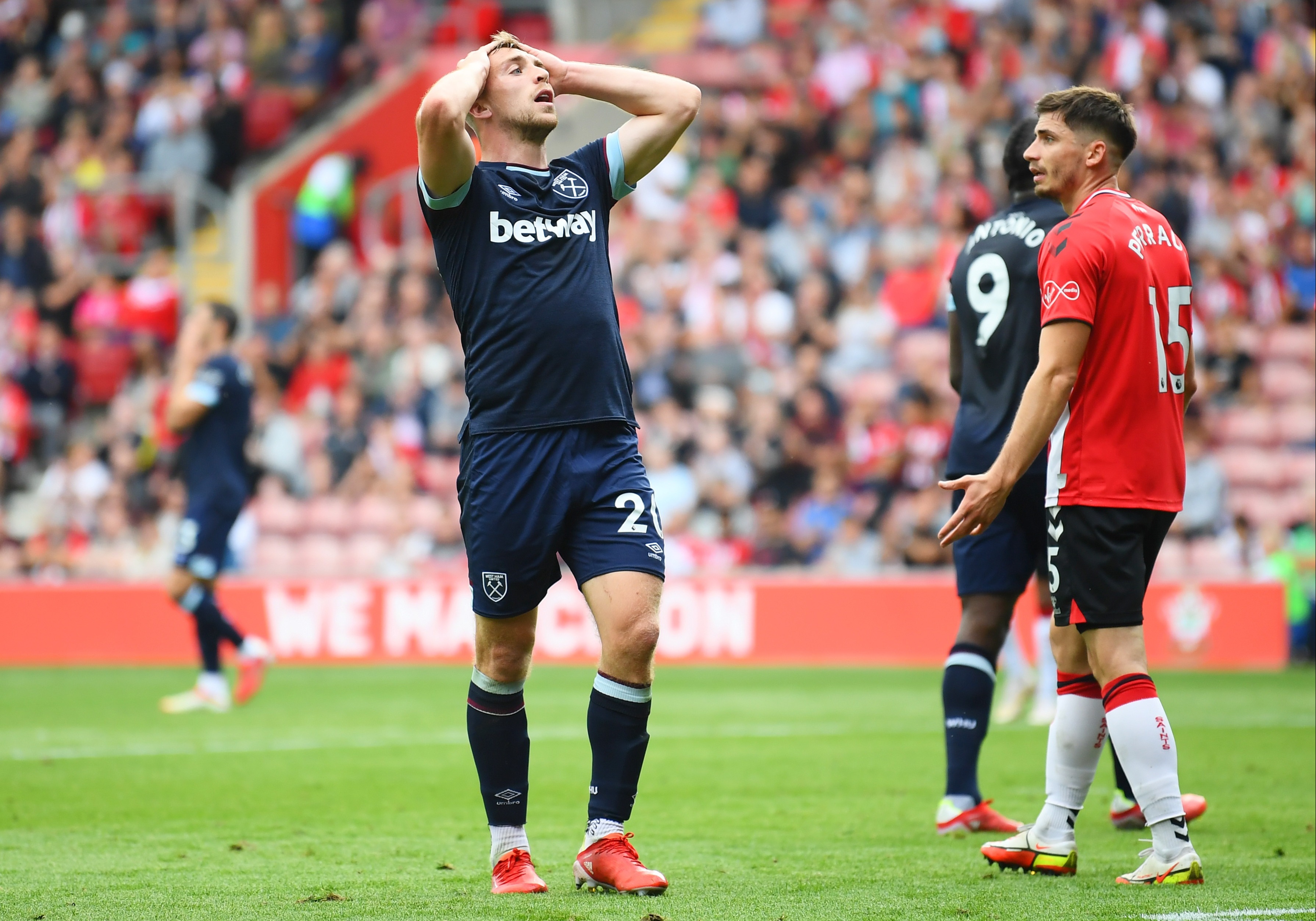 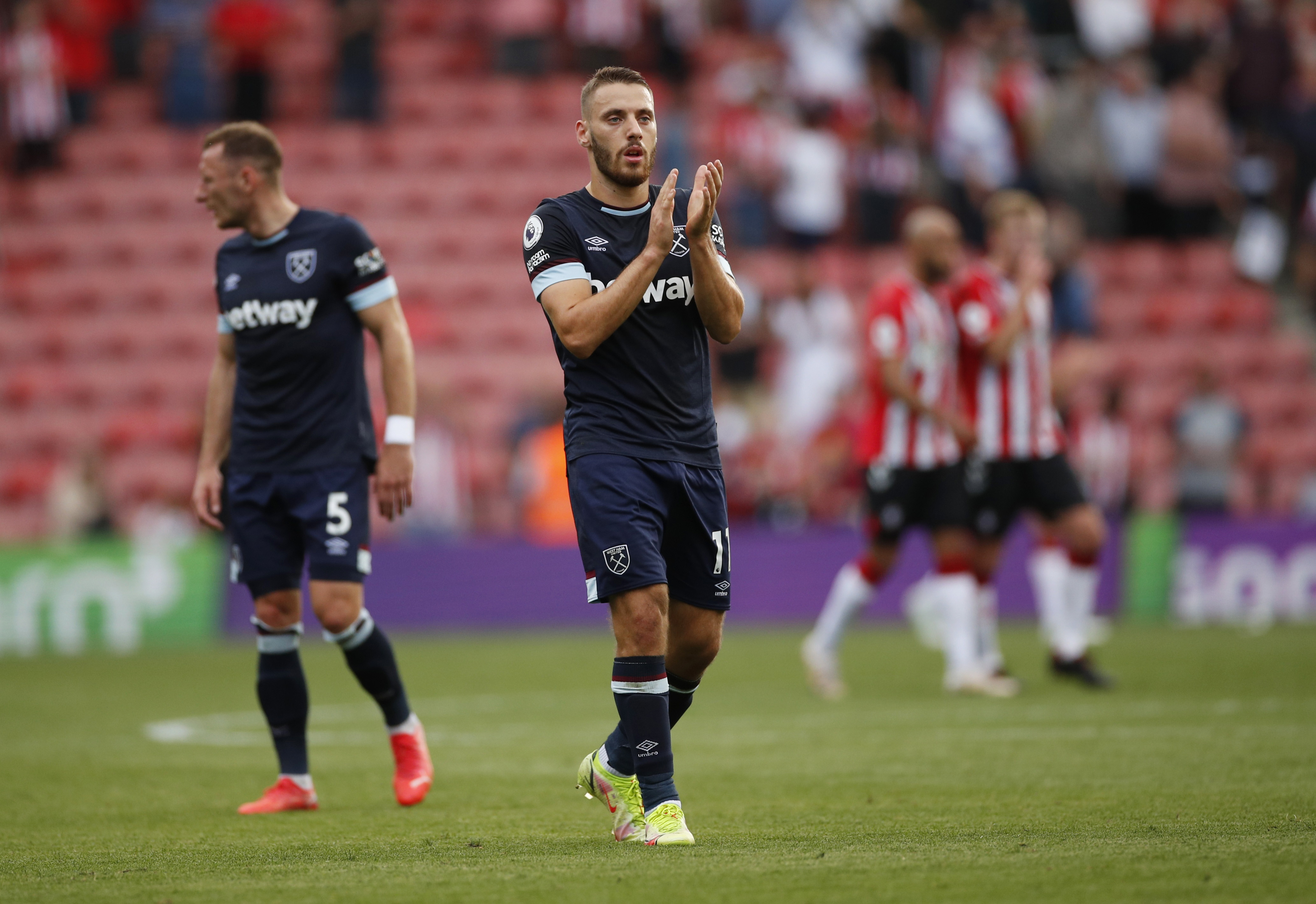 Armstrong spotted the run of Nathan Redmond but instead of bursting into the area and shooting, the Saints star turned back, jinked outside again and sliced a shot high and wide.

Soucek was growing in influence, but the Czech midfielder should have done better than head a foot over the bar from 12-yards out four minutes later.

Saints were content with sitting in and trying to hit their visitors on the break, and they showed their threat with a sharp Armstrong header just before the hour that flew a yard wide.

But where the contest had been largely even before, Saints started to find themselves pushed further and further back as the Hammers began to creak into gear.

Boosted by the introduction of new £25.7million striker Nikola Vlasic, the visitors went in search of the breakthrough.

And only a smart save from McCarthy denied Bowen a goal, as the giant keeper reacted quickly to turn over the wide man’s volley for a corner.

Then from nothing, the home side came within a whisker of scoring – thanks largely to a complete howler from defender Craig Dawson who lunged in on half-way only to miss the ball.

That allowed sub Armando Broja to turn Angelo Ogbonna one way and then the other, before the on-loan Chelsea striker fired a low drive from the edge of the area against the base of the post.

The chance lifted Saints out of their slumber, and they finished the game looking the most likely to score.

The winner would have arrived in stoppage time had Rice not been on the line to hack away Broja’s header – yet there was still time for Antonio to take an early bath for a stupid late challenge on Moussa Djenepo.