They celebrate with players in their team room and George Bush gives them a big thumbs-up when he sees them. 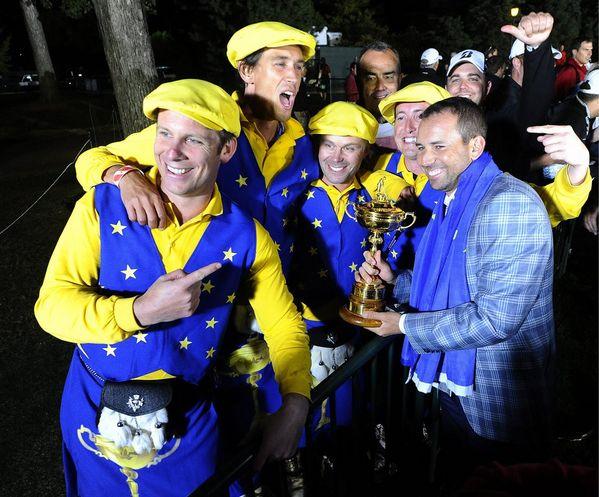 Their chants, mimicked by others on the first tee, bellow out as players approach the most nerve-wracking shot of their lives.

It can only be the Ryder Cup Guardians.

Every two years, Teddy Shuttleworth and a bunch of his mates don their finest blue and yellow outfits to cheer on Team Europe.

At Le Golf National the piece de resistance will be yellow berets. 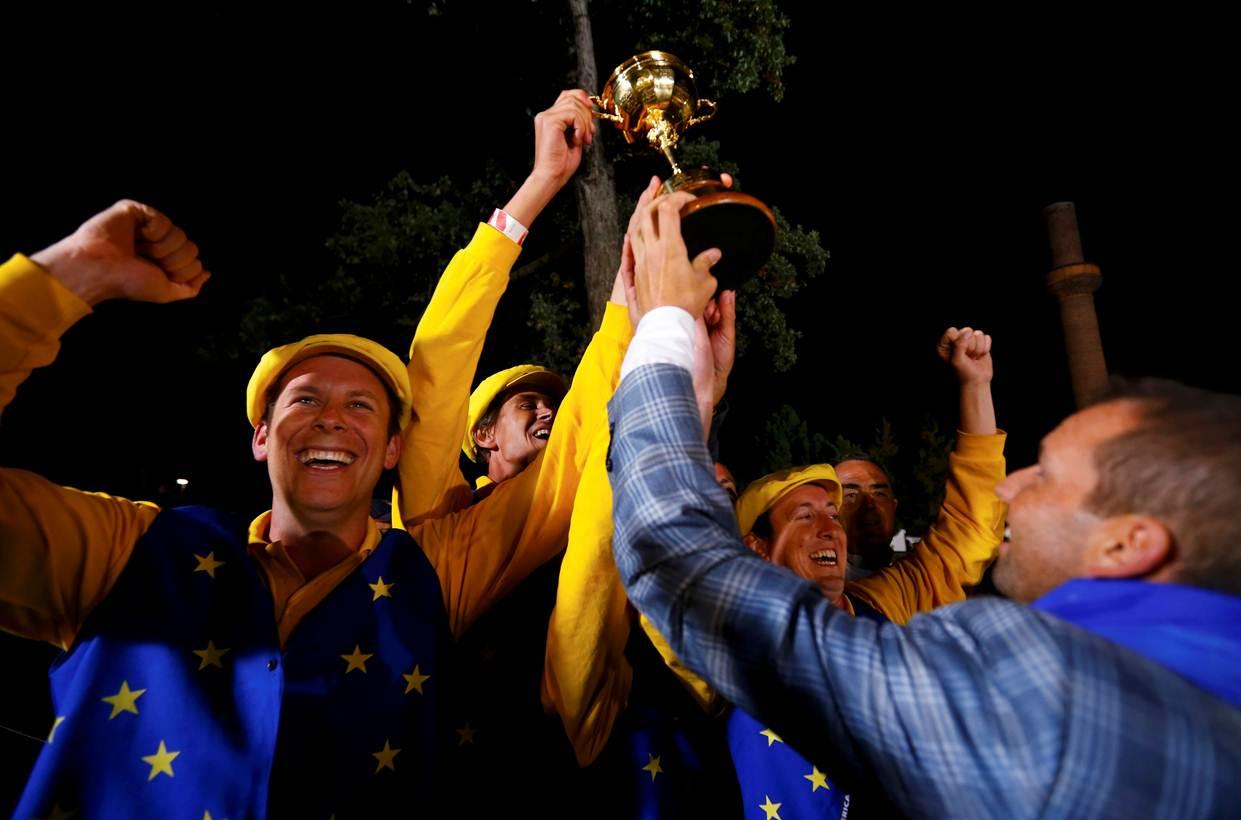 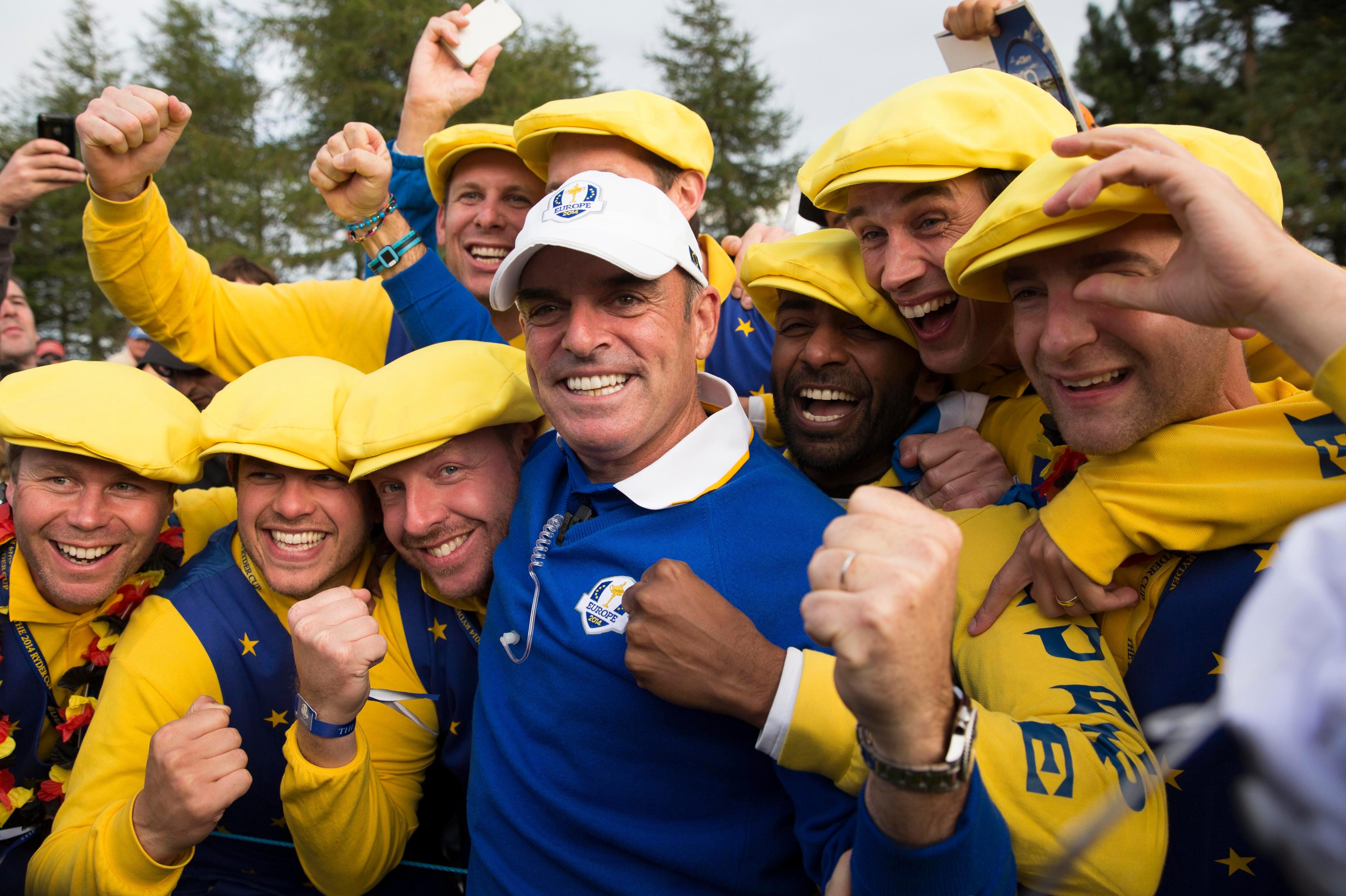 But far from getting lost in translation on continental Europe, this group of “incurable” golf fans have become a sort of unofficial 13th man.

So much so, in fact, that Garcia, a controversial pick of captain Thomas Bjorn this year, has called on their services at a critical moment in the past.

Teddy said: “At Hazeltine two years ago, it was the singles on Sunday and Sergio came out 45 minutes before play was to start.

“We were on the first tee. He walked over and asked us to sing Liverpool’s anthem. He said, ‘Please can you sing You’ll Never Walk Alone when every rookie comes out?’ 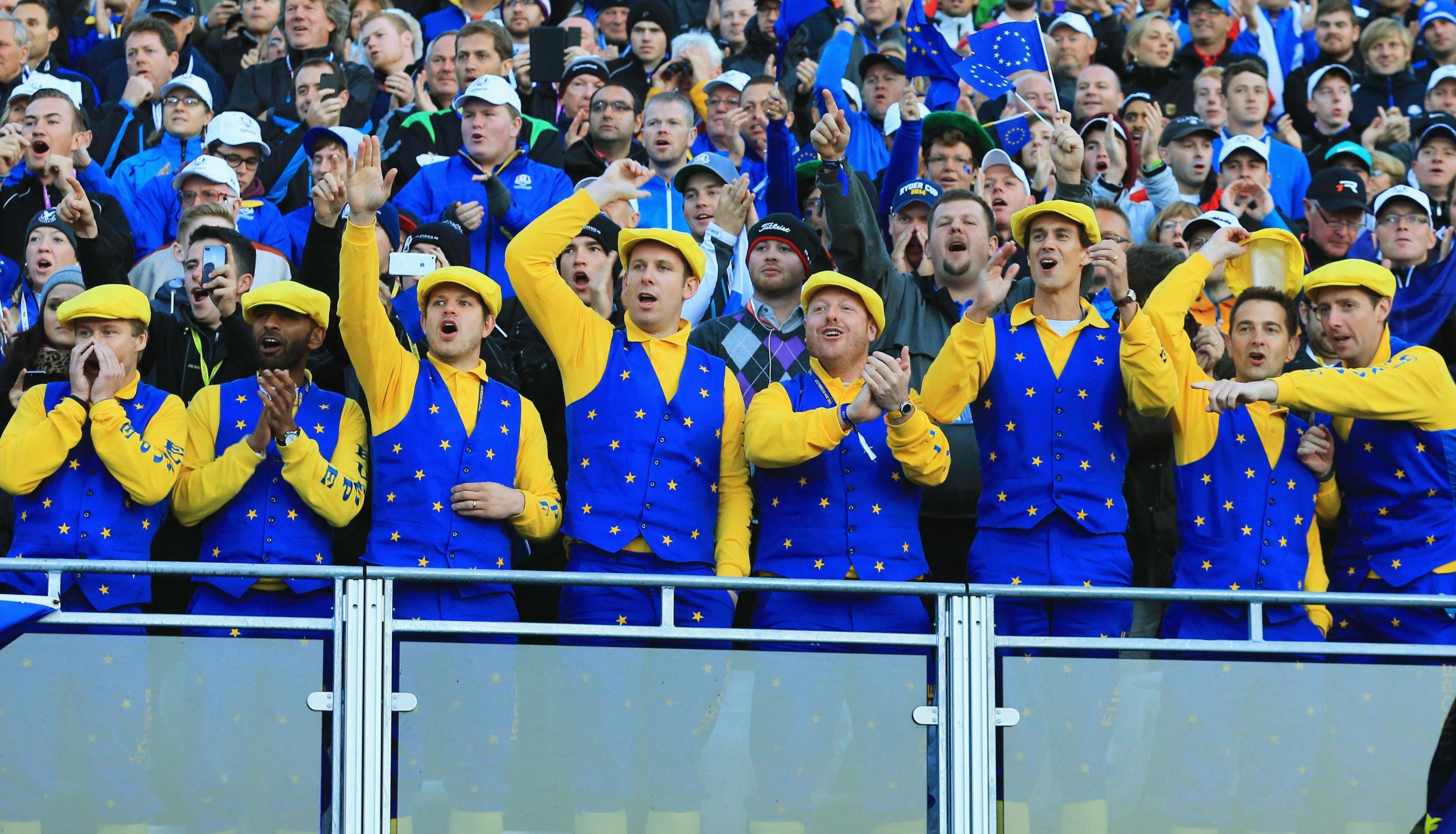 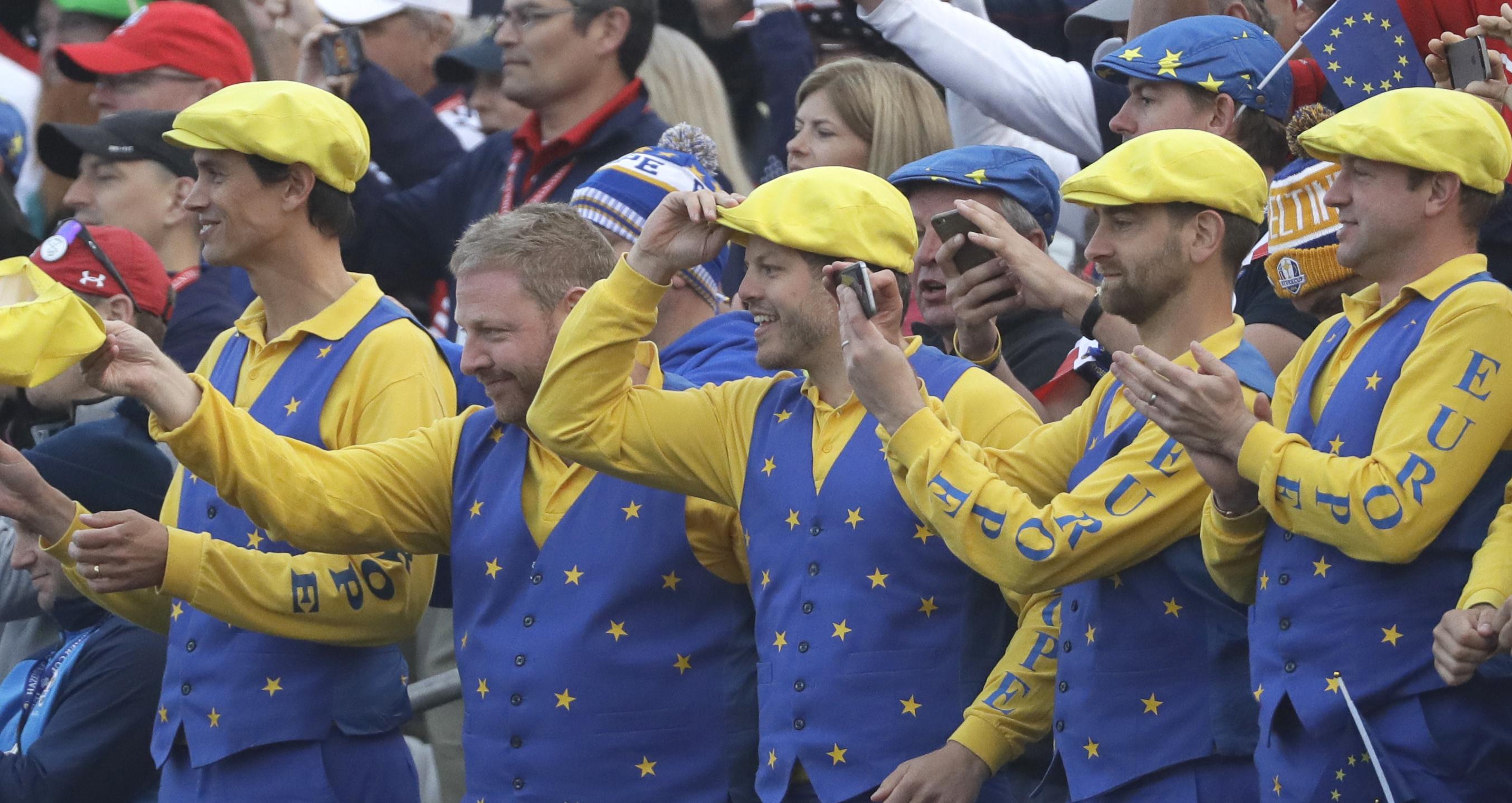 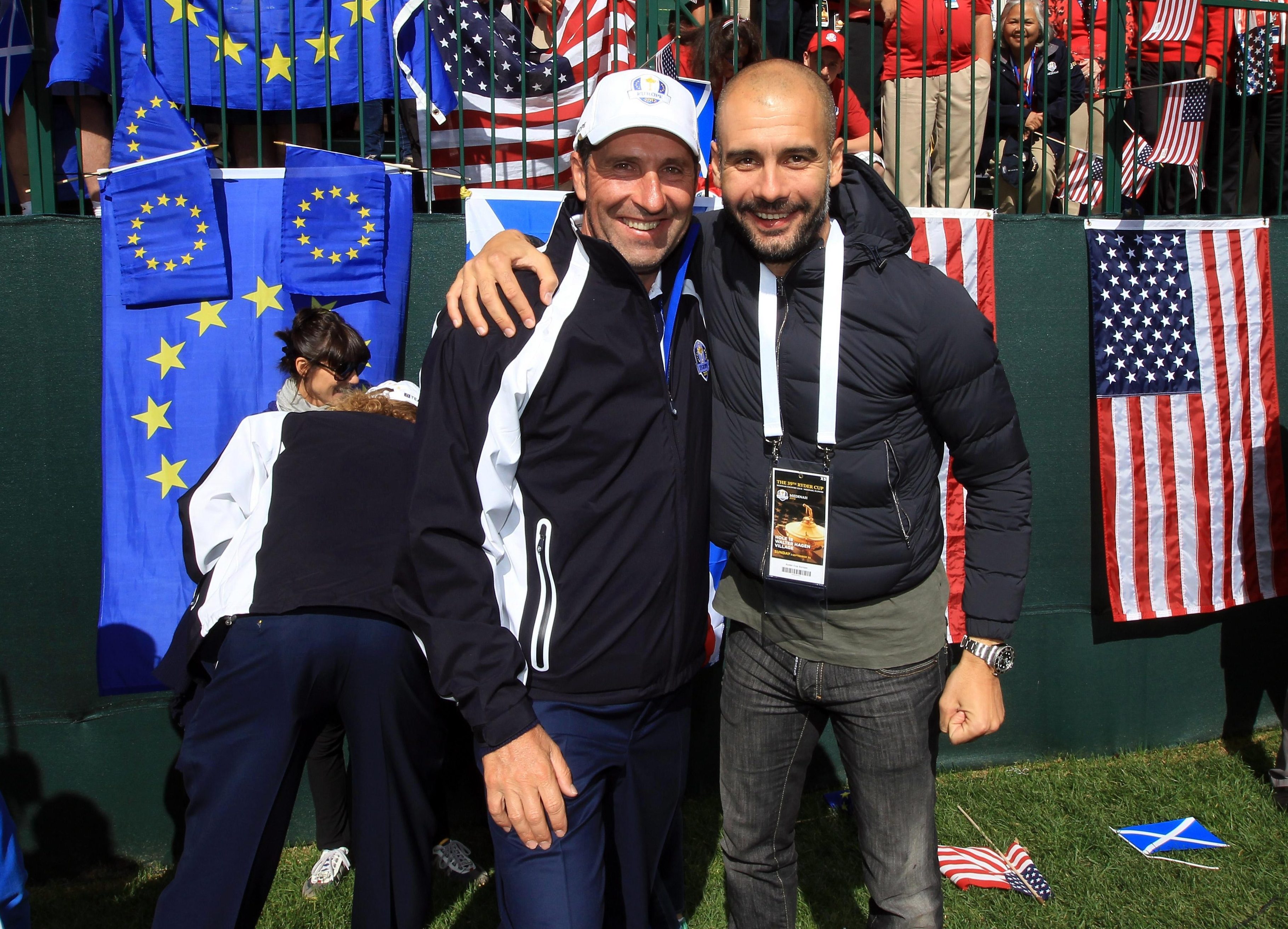 “He said, ‘I want to put a massive hug round them and maybe we can do another Medinah’.

“He went to the bother of thinking, ‘How can I make a rookie feel warm and fuzzy?’

“Maybe singing You’ll Never Walk Alone is exactly the right sort of song to get them juiced up on the first tee.

“We did that and Sergio thanked us at the end, but to anyone else on the tee it must have looked really random.

“They must have thought, ‘Why the hell are they singing a football song?’

“But that shows how much passion Sergio pours into it and he really sees the value in team. He’s probably the one who comes up to us more than any other.”

No wonder Garcia remembered them so well.

Check out the lyrics below to some of the songs you will hear on the first tee of this year's Ryder Cup.

And, more importantly, join in too! You can find the full list here. 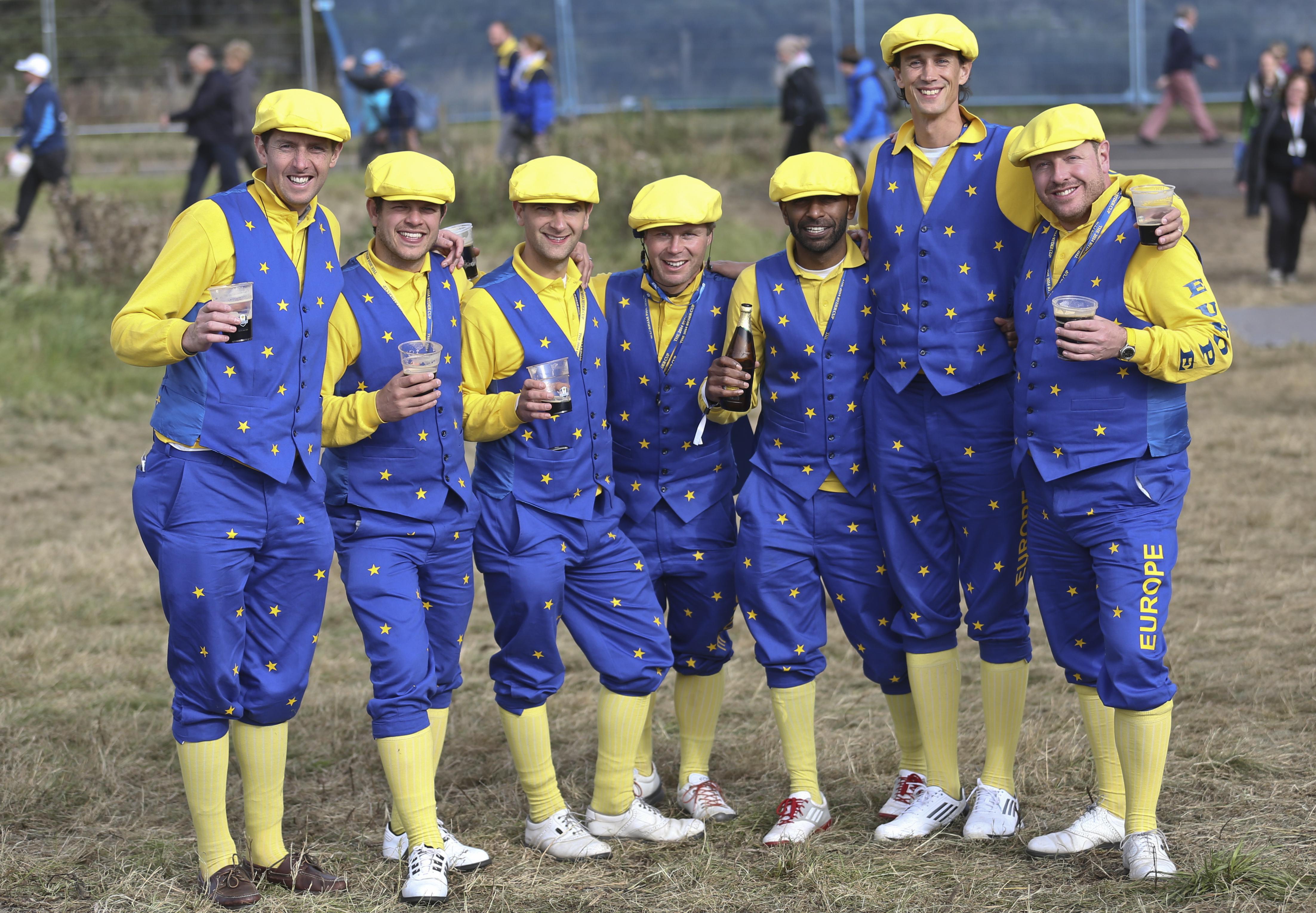 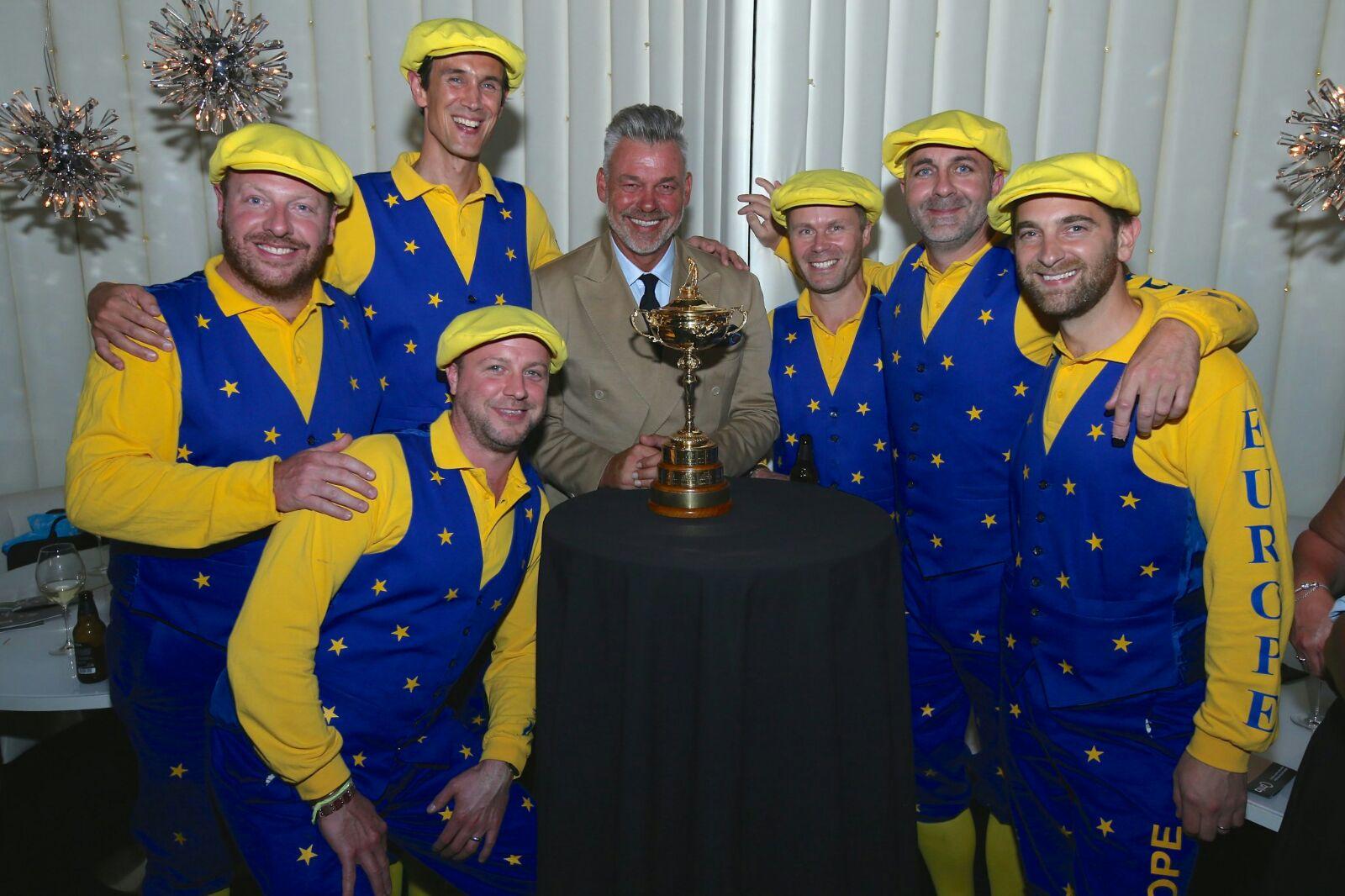 It was at Medinah in 2012 after the miracle comeback that the Spaniard brought the Ryder Cup down for the group to see.

Teddy recalled: “We were taking photos of the players celebrating on one of the greens, and then Sergio told us to come over. He had the trophy and we got some awesome photos with them.

“It’s really heartwarming for us that they care and that they’re supportive of it.

“That was one of the moments when the camaraderie with the players started to grow.”

It has not stopped since – and spreads beyond the players.

Guardiola sang along with them on the first tee at Medinah. Former US President Bush gave them the seal of approval. Justin Rose follows them on social media, so do Ian Poulter and Thomas Bjorn.

Two years ago Teddy had former Masters champion Danny Willett sitting on his lap as he sang Willett’s song on his birthday.

The Guardians had been invited back to Europe’s hotel after the defeat but lifted spirits in the team room with their chants and outfits.

Chris Wood’s dad even asked if he could try on their waistcoats.

Teddy and his mates are not without their critics. One likened them to the insufferable vuvuzelas that blighted the 2010 World Cup.

But he insists the positive reception they get from the bulk of fans – including the Americans – far outweighs the bad.

He said: “We dress up like clowns but we want our team to win and any tiny slither of momentum you can try to provide – however irrelevant it might seem – is great.

“Sometimes you’ll see a player’s head drop and you hope when he hears a song it puts a little smile on his face and gives a bit of a feelgood factor.

“We’re kidding ourselves to suggest we make a real difference but maybe little additions around the fringes.

“And for Sergio to reach out and ask for a bit of help is brilliant. He’s not the only one, Justin Rose is another. And they reach out to us on social media.

“Some of the players’ wives get in touch asking, ‘So what’s my husband’s song?’ That engagement is definitely fun.”