The celebrity pair have spent the week getting behind the club they bought back in February. 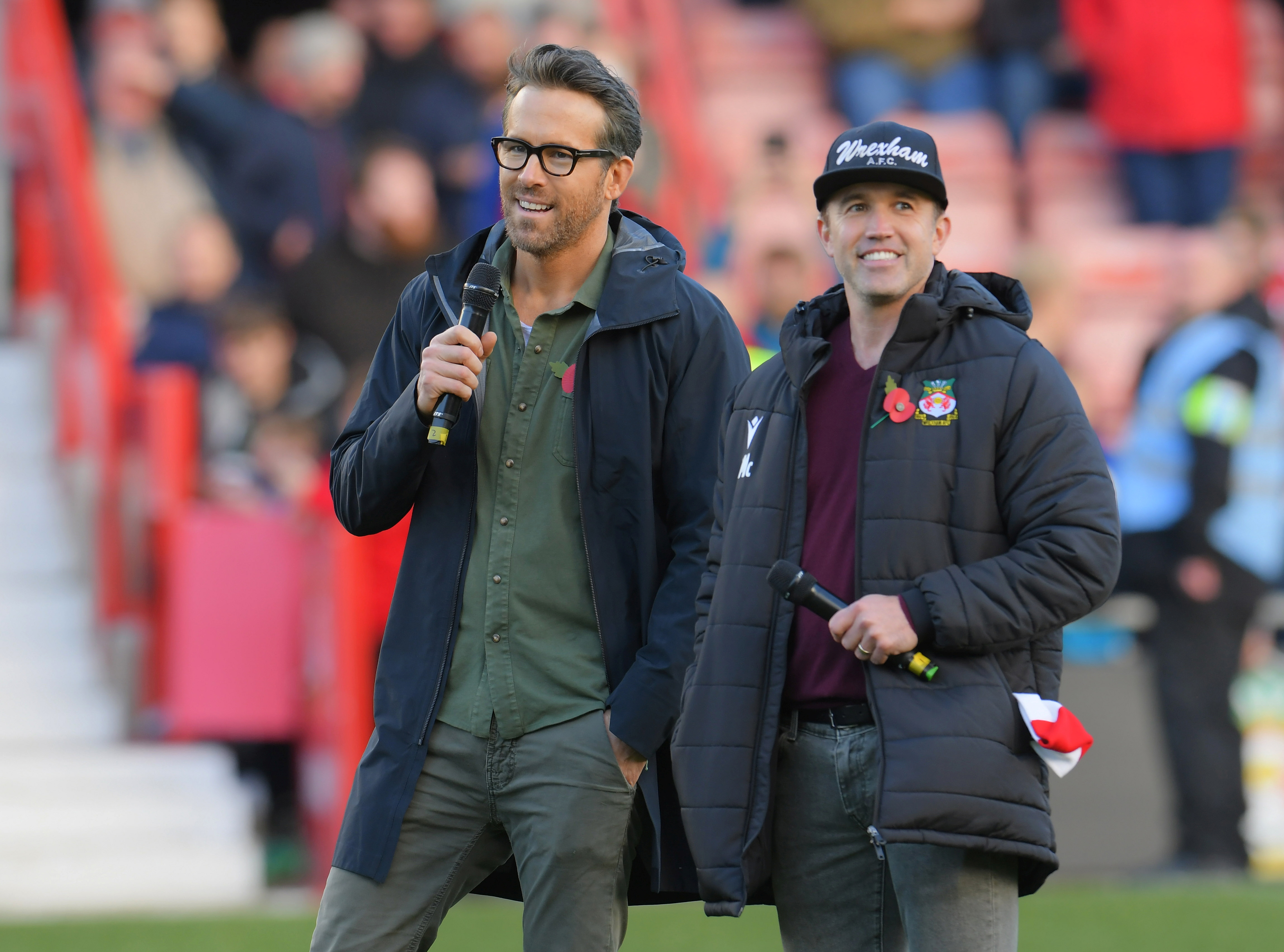 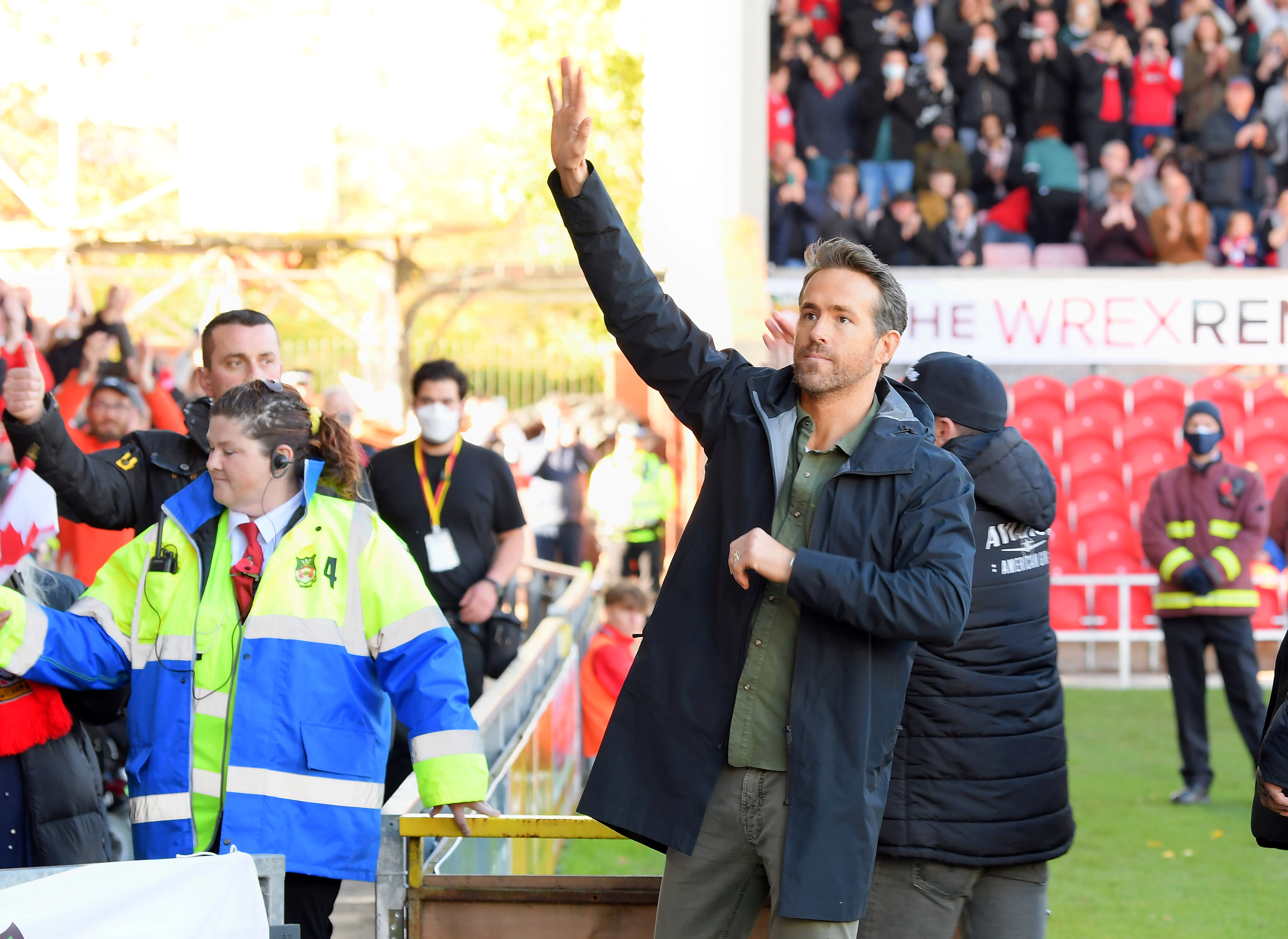 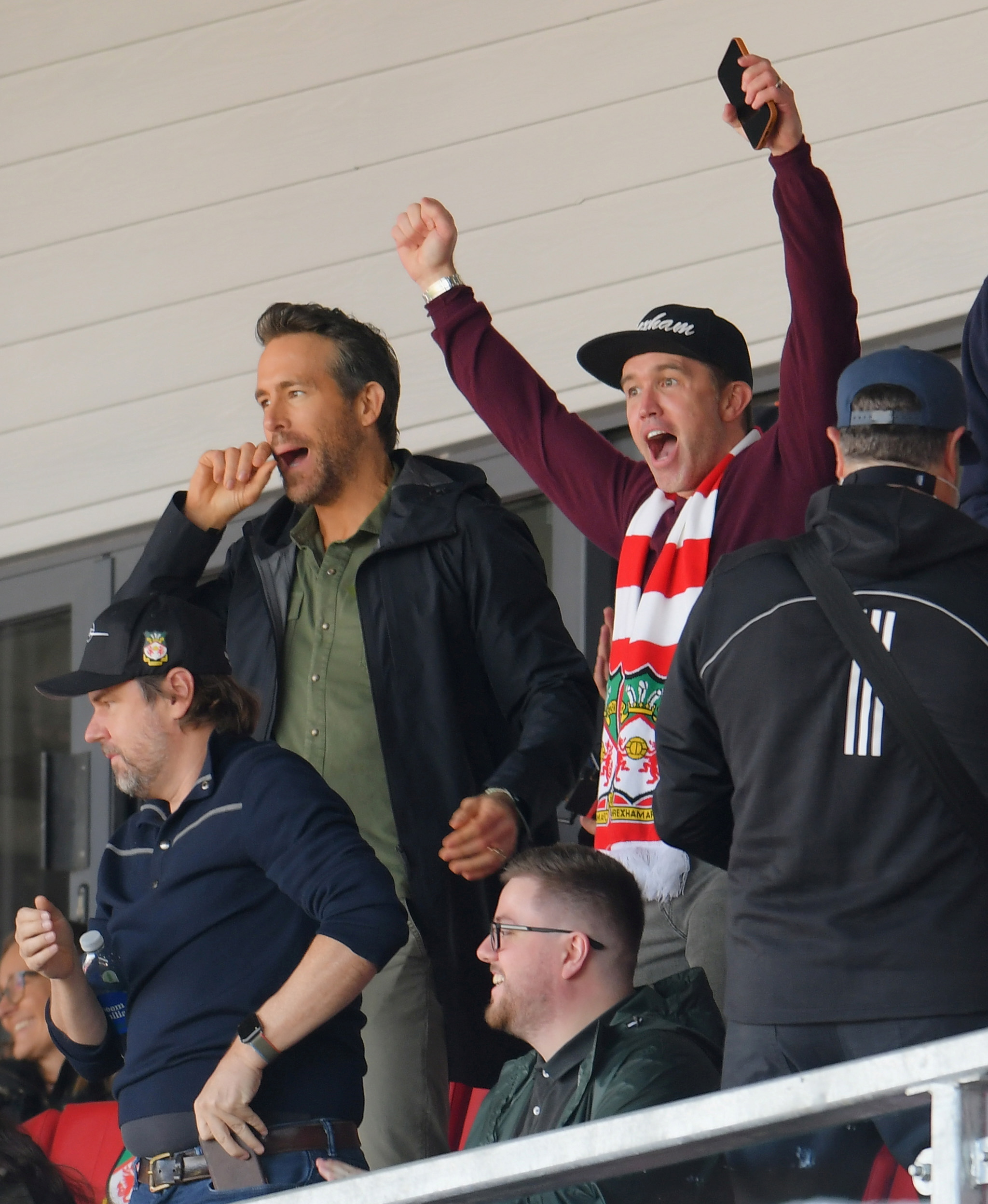 They downed pints and shots with locals at a nearby pub two days before kick-off as they got to know fans.

And they were in the stands on Saturday to witness the Red Dragons draw 1-1 with Conference Premier rivals Torquay.

The new owners were greeted with a standing ovation from home fans as they walked out at the Racecourse Ground ahead of kick-off.

They strode across the pitch to chants of ‘Wrexham, Wrexham’ before shaking hands with their coaching staff.

But the visiting Gulls would spoil the party with a late equaliser as Connor Lemonheigh-Evans ensured it would finish 1-1.

Reynolds and McElhenney have been treated to a roller-coaster induction to life as football club owners.

They witnessed Wrexham draw level from 2-0 down only to lose 3-2 to Maidenhead when they attended their first away game on Wednesday.

Home fans will be hoping the presence of the new owners can inspire Phil Parkinson’s men to improve recent results.

The club currently sit 13th in the Conference Premier table with just one win in their last five outings.