Rugby Australia's decision to abandon a conversation with a World Cup-winning coach because of a leak is almost as crazy as sending Michael Cheika to visit Super Rugby teams when his job is on the line.

Welcome to the whacky world of the Wallabies, where South African Jake White's coaching ambitions were squashed before he had time to dial the number for Rugby Australia boss Raelene Castle on Thursday. 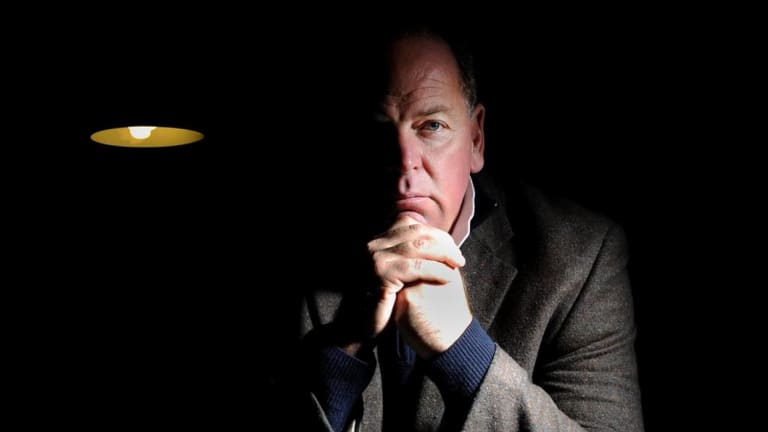 Jake White’s hopes of coaching the Wallabies have been crushed by a leaked story.Credit:Colleen Petch

The same whacky world will see Cheika visit Australian Super Rugby franchises next week to sell his World Cup vision and player workload plans just days before he fronts a meeting to fight for his job.

The latest twists in the coaching saga are another sad tale for an organisation which has struggled to gain traction in the past two years.

But there are two ways of reading into Castle's move to cancel a phone hook-up with White, which he requested and only a handful of people knew about, after the story was leaked.

The first is simple: it sends a clear message of "we don't do our business via the media". It's a strong stance and a fair point given speculation would cause more uncertainty than there already is.

White has been known to publicly push his desire for an international recall since re-emerging from the coaching wilderness to join the ACT Brumbies in 2012.

He almost quit the Brumbies a few games into his tenure after being sounded out about coaching England, and then left Australian rugby after he was overlooked for the Wallabies job in 2013.

The flipside of the story is about a missed opportunity. A World Cup-winning coach keen to chat about the Wallabies, no doubt in the hope of being at the top of the list of Cheika is sacked. But he's not worth speaking to because people knew about it? 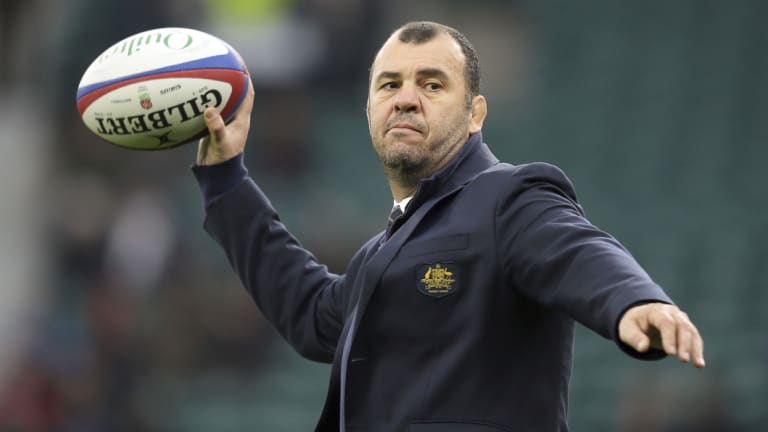 Michael Cheika will return to Australia to face the Rugby Australia board.Credit:AP

Cheika is the first to remind people he has a thick skin. The Wallabies lost nine of 13 Tests this year, their worst return since 1958, so it's no surprise Cheika is under pressure. The only way he wouldn't have known about White's interest was if he had been living under a rock.

A phone call was the perfect opportunity to test the Australian rugby public. How would they react if Cheika was sacked? Could another foreign Wallabies coach survive after the Robbie Deans era?

How would the fans (and the board, of course) feel about the perception of White's rigid game plan, known as "Jake Ball",  which is effective but definitely not attractive?

A phone call should be the least of Rugby Australia's worries, and so what if Castle ended the conversation with a "thanks, but no thanks. We're sticking with Michael".

Would White even be the answer if Cheika was sacked? Maybe not. White has his detractors, hasn't coached international rugby in more than a decade and the perception of his style has been a hurdle.

But he also has results to back up his desire to be an international coach again, which has been simmering since he finished with the Springboks.

He led South Africa to the World Cup in 2007, transformed the Brumbies from a disaster in 2011 to grand finalists in 2013 and then took the Durban Sharks to a semi-final in 2014 less than 12 months after taking the job.

Either way, Rugby Australia knows it has to take some sort of action after an alarming year of results and rumours of player unrest after Kurtley Beale and Adam Ashley-Cooper were stood down last week.

Fans have grown frustrated with Cheika and his coaching staff. There is a growing feeling the assistants will be the sacrificial lambs and new help brought in to support Cheika.

That feeling is supported by the fact Cheika will go on an Australian road trip next week to talk to Super Rugby coaches about how he plans to attack the World Cup.

Crunch time will come at the Rugby Australia board meeting on December 10. The board will be presented with a review of the Wallabies' season, but who will they call if they decide Cheika isn't the right man?