An emotional Rory McIlroy was left holding back tears after missing the cut in The Open at Royal Portrush by a shot following a valiant six-under par second round of 65.

The Northern Irishman, cheered on by a deep and vociferous home crowd, fell short on the final hole when, needing a birdie to make the weekend, his approach was caught by the wind and missed the green.

‘Part of me is really disappointed not to be here for the weekend,’ McIlroy said to Sky Sports, holding back tears and taking a moment to compose himself. 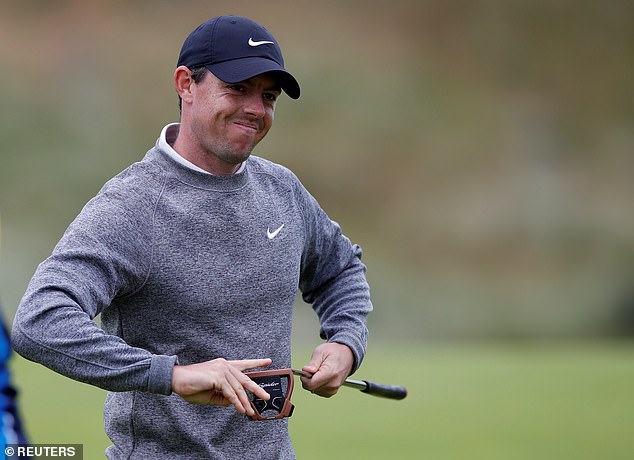 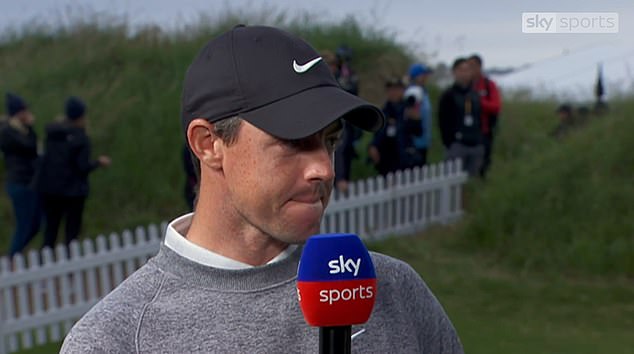 ‘I dug in there, I did my best and showed really good resilience. It is going to hurt for a little bit. This has been a week I have been looking forward to for a long time.

‘I didn’t play my part but everyone in Northern Ireland who came out to watch me definitely played theirs.

‘It’s so loud from tee to green and then when you have a putt it is so silent. I needed a birdie from the last two, I gave myself a chance on 17 and hit a good second shot on the last but the wind got hold of it.

‘I tried my best. I tried to finish off a really fun round in the right way.’

McIlroy caught fire on the back nine with five birdies, including three in a row from holes 10-12.

As the most unlikely of comebacks seemed to be on, he dropped a shot at 13 after finding the bunker but hit back immediately with a birdie on 14.

McIlroy then capitalised on 16, the last of the par threes, with a tee shot settling 10 feet from the pin for another birdie.

At 17, a putt from about 20 feet faded short, leaving him needing a birdie on the 18th where he ran up a triple-bogey seven at the end of his first round. 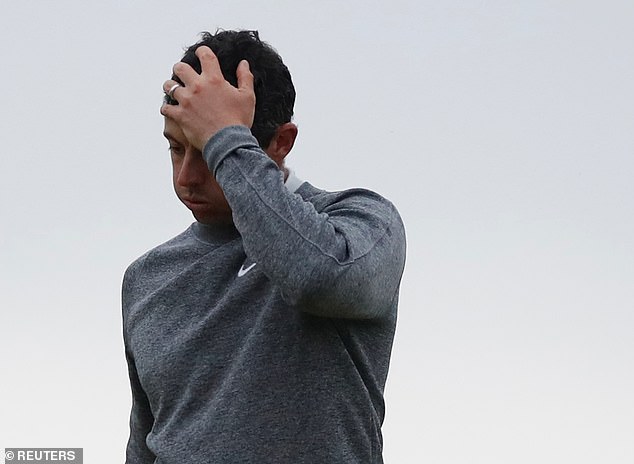 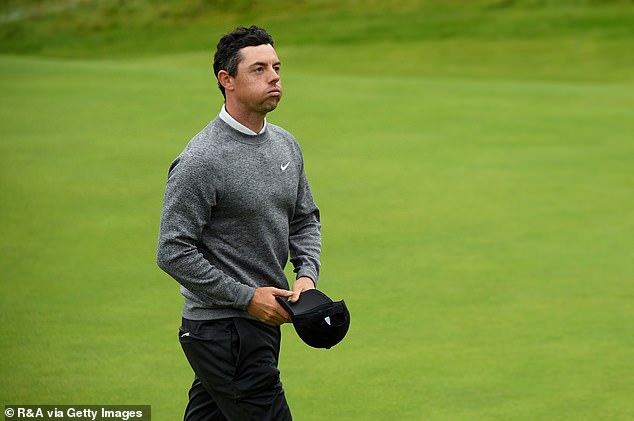 And he was unable to get anything out of one of the hardest holes on the course. He laid up short of the bunkers but his approach was caught by the wind and his ball went left of the flag, off of the green.

He could only make par, meaning he missed the cut by a shot with a score of +2 for the tournament.

In truth, the damage was all done on Thursday. McIlroy endured a nightmare start to the 148th Open, dragging his tee shot out of bounds on the first hole.

He went on to run up an eight there and failed to repair the damage. He closed his round on eight-over par.