Talented batsman Jason Sangha is on the verge of making his NSW debut as the Blues prepare for their Sheffield Shield opener against South Australia at Adelaide Oval on Tuesday.

The Australian under-19 captain shapes as one of the most-intriguing names on the team sheets as the competition begins around the nation, with NSW potentially having three new faces as the Shield kicks into gear. 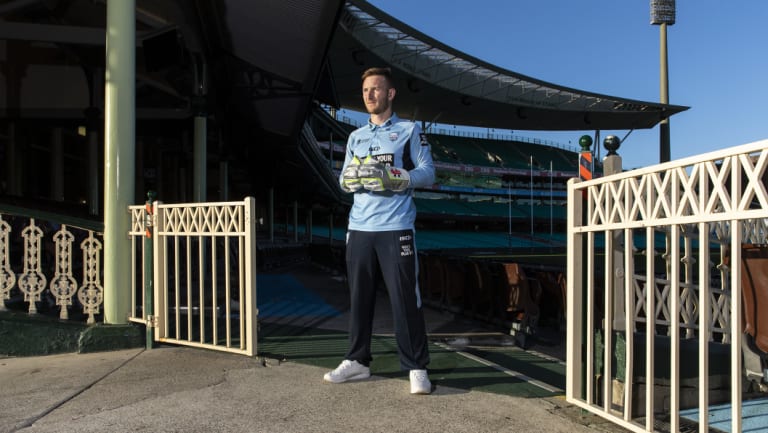 Jack Edwards, 18, is in line to get his first cap as well, with the state of the pitch in Adelaide likely to determine whether or not Sangha gets the nod over another would-be debutant Daniel Sams.

Sangha, whose parents were talented athletes in India before moving to Australia, scored a century against the touring English as an 18-year-old last summer. His most-recent outing was a 48 against Queensland in a Futures League clash at Manuka Oval.

Edwards was in excellent form in the recent JLT One-Day Cup, averaging more than 50 for the tournament and belting 116 from 112 balls against Queensland.

“I’m sure he’s got what it takes to feel right at home playing Shield cricket.”

NSW coach Phil Jaques has been channelling the fighting performance of Australia in Dubai and hoped the Blues could be inspired to start the season in strong fashion.

"There's a really good vibe around the squad. Everyone's really challenging each other and trying to help each other get better," Jaques said.

"There's a greater awareness about what needs to happen in the four-day game. As a whole we're a more intelligent group."

Jake Lehmann will skipper the Redbacks side that will campaign without regular captain Travis Head, who is on Test duty in the UAE preparing for the second clash with Pakistan.

It's an impressive milestone for Lehmann, whose father Darren captained the state 55 times in Sheffield Shield cricket between 1996 and 2007.

Alex Carey and Adam Zampa are also out of commission for South Australia as they prepare for the T20 series against Pakistan.

Defending champions Queensland will host Tasmania at the Gabba with wet and windy conditions likely to be a factor. Joe Burns and Jackson Bird will be among those hoping for a strong start to the season ahead of a Test summer against India and Sri Lanka.

Victoria will be without Glenn Maxwell as they travel to the WACA to begin their season against Western Australia. There will be six rounds of Shield cricket before the competition pauses for the Big Bash tournament.