Bend it like Beckham – the sequel! England legend David says he is ‘so proud’ after seeing his son Romeo, 19, score a brilliant free-kick – just like he used to – for Inter Miami II… the team he owns

Romeo Beckham, the son of England and Manchester United legend David Beckham, has scored his first goal for Inter Miami II with an excellent free-kick remarkably reminiscent of his dad’s playing days.

Playing in the third tier of American football, the 19-year-old dipped his shot over the Orlando City B wall and in to the bottom left corner.

The TV commentator quipped after the goal: ‘I think we’ve seen this before.’ It gave Miami a two-goal cushion in a game they won 3-1. 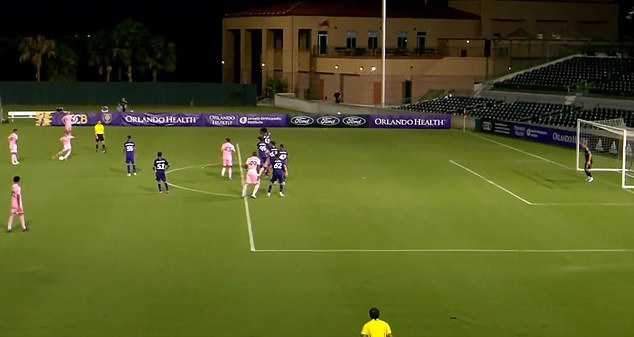 Romeo responded with: ‘Love you Dad, that was for you.’

Spectacular free-kicks appear to run in the family, as they were the 47-year-old Beckham’s speciality in his playing days.

He holds the record for the most Premier League free kick’s scored with 18 (although James Ward-Prowse lurks close behind on 14) and famously scored a last-minute free kick for England against Greece to help England qualify for the 2002 World Cup. 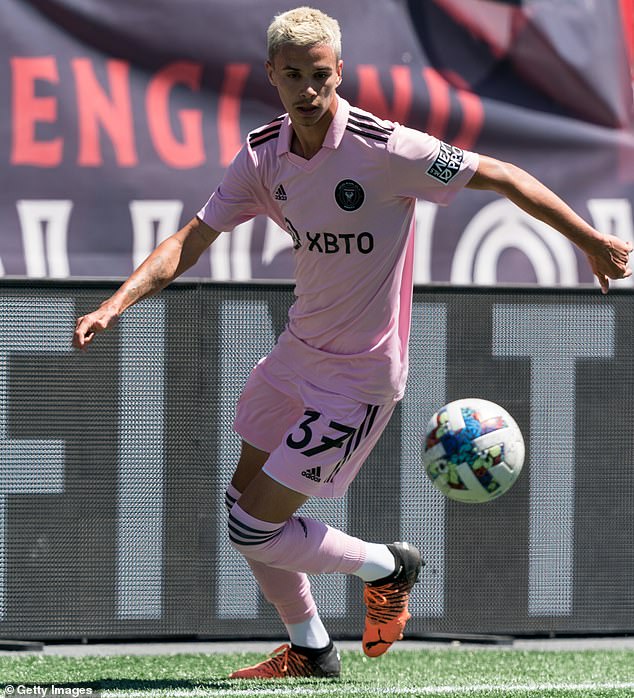 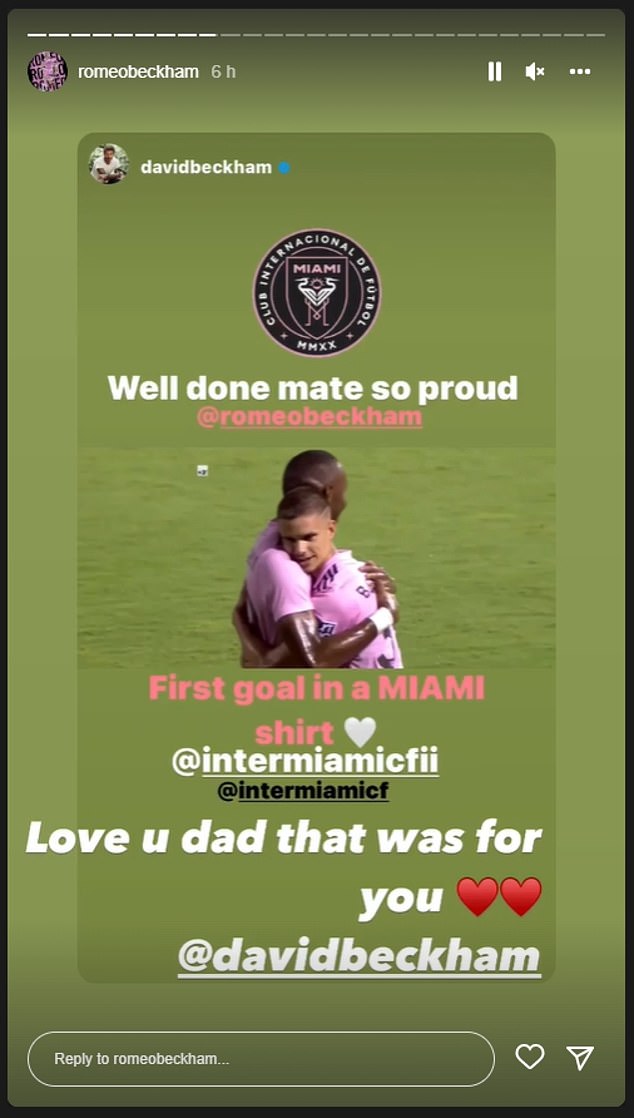 Seeing his son score for Miami would have been extra special for Beckham Snr, who co-owns the club having founded it in 2018.

There are further Manchester United links in the Florida-based MLS side, as Beckham’s former team-mate Phil Neville manages the first team, and his son Harvey plays alongside Romeo in the reserve side.

It is the second time Romeo has made headlines this season, after he picked up three assists in one game in April.

Following his return to football, his famous father replaced the tennis court at their family home with a football pitch.

He has made 14 out of a possible 15 appearances for Miami II this season in the MLS Next Pro League, missing only one game. They currently sit fifth after some mixed results.

His regular playtime and exploits on the pitch suggest he may have the ability to forge a career in the image of his father.

Away from football, Romeo has been dating 19-year-old model Mia Regan for the past three years.

She is signed to Storm Models and is often seen stepping out with Romeo and his famous family.

Learning a thing or two about fashion from his mum, Romeo and Mia recently collaborated on a new non gender-specific Puma campaign, Puma X Ami. 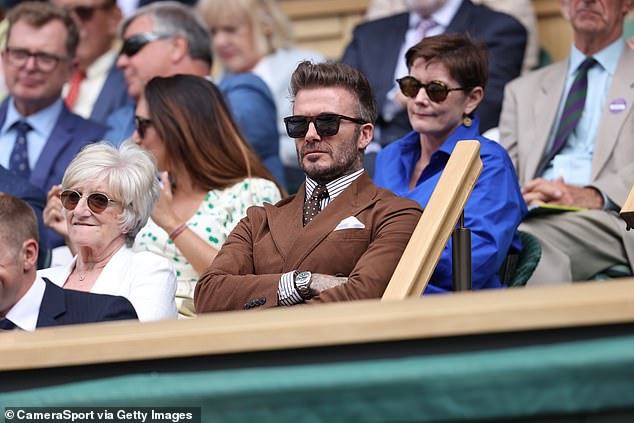 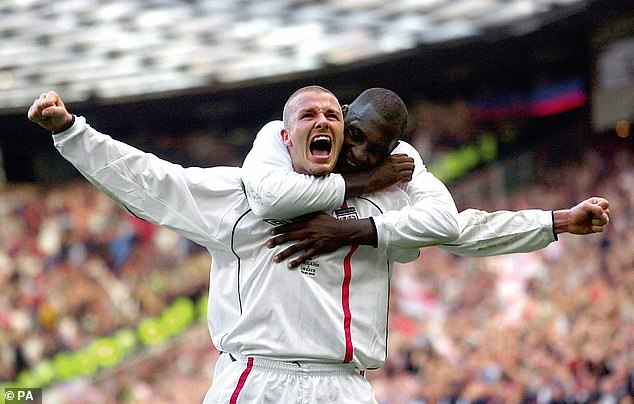 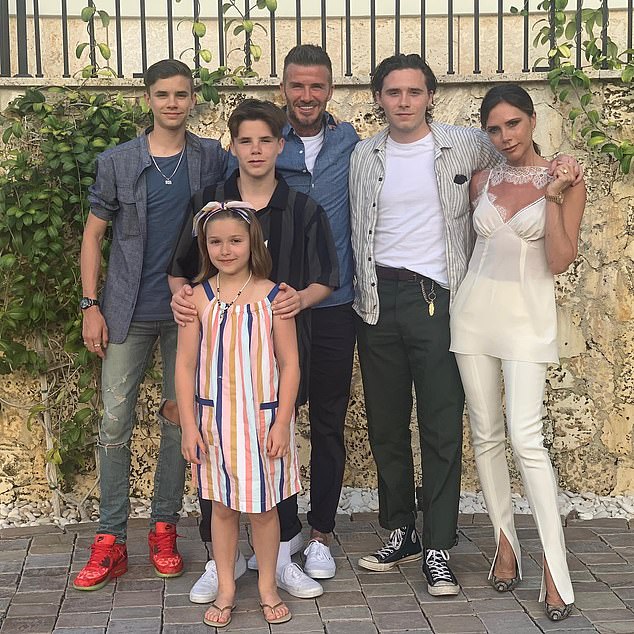 Romeo (left) is the second son of David and Victoria Beckham, after Brooklyn (second right) and before Cruz (second left). They also have a daughter, Harper (front) 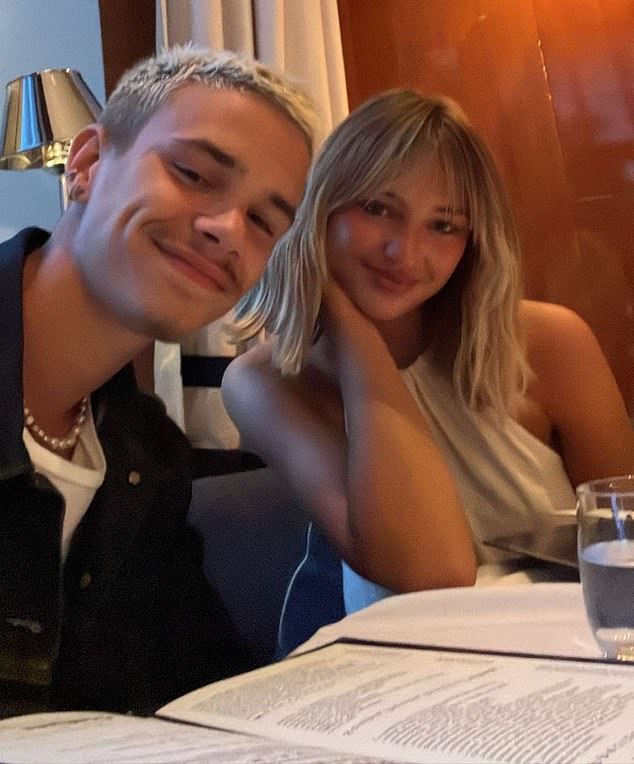 Away from football, Beckham has been dating 19-year-old model Mia Regan for three years