ROGER FEDERER avenged his Wimbledon heartache as he dumped Novak Djokovic out of the ATP Finals – and crushed his world No1 dreams.

The Swiss maestro admitted he took a long time to get over the Wimbledon final loss he suffered on Centre Court this summer at the hands of his Serbian foe. 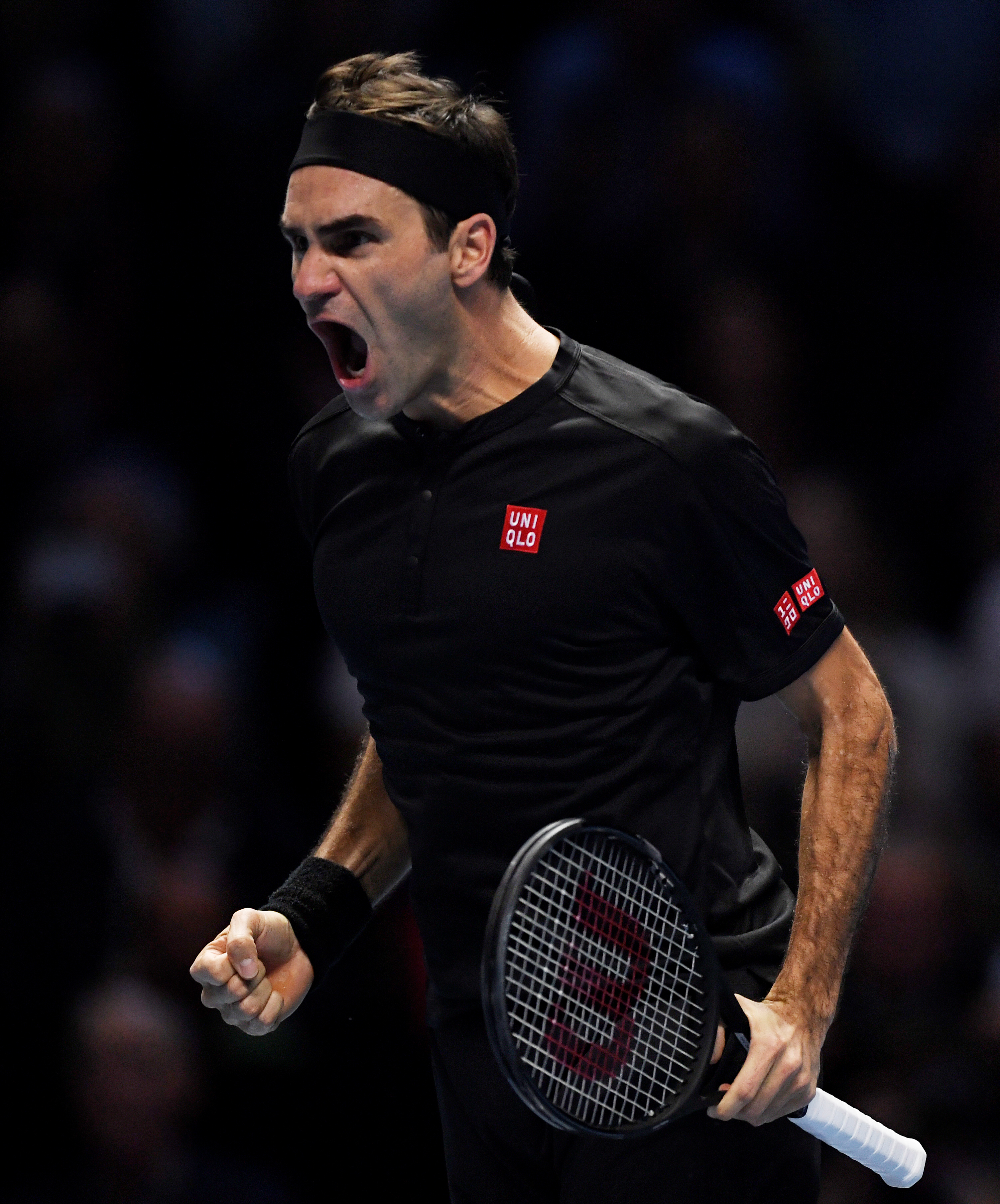 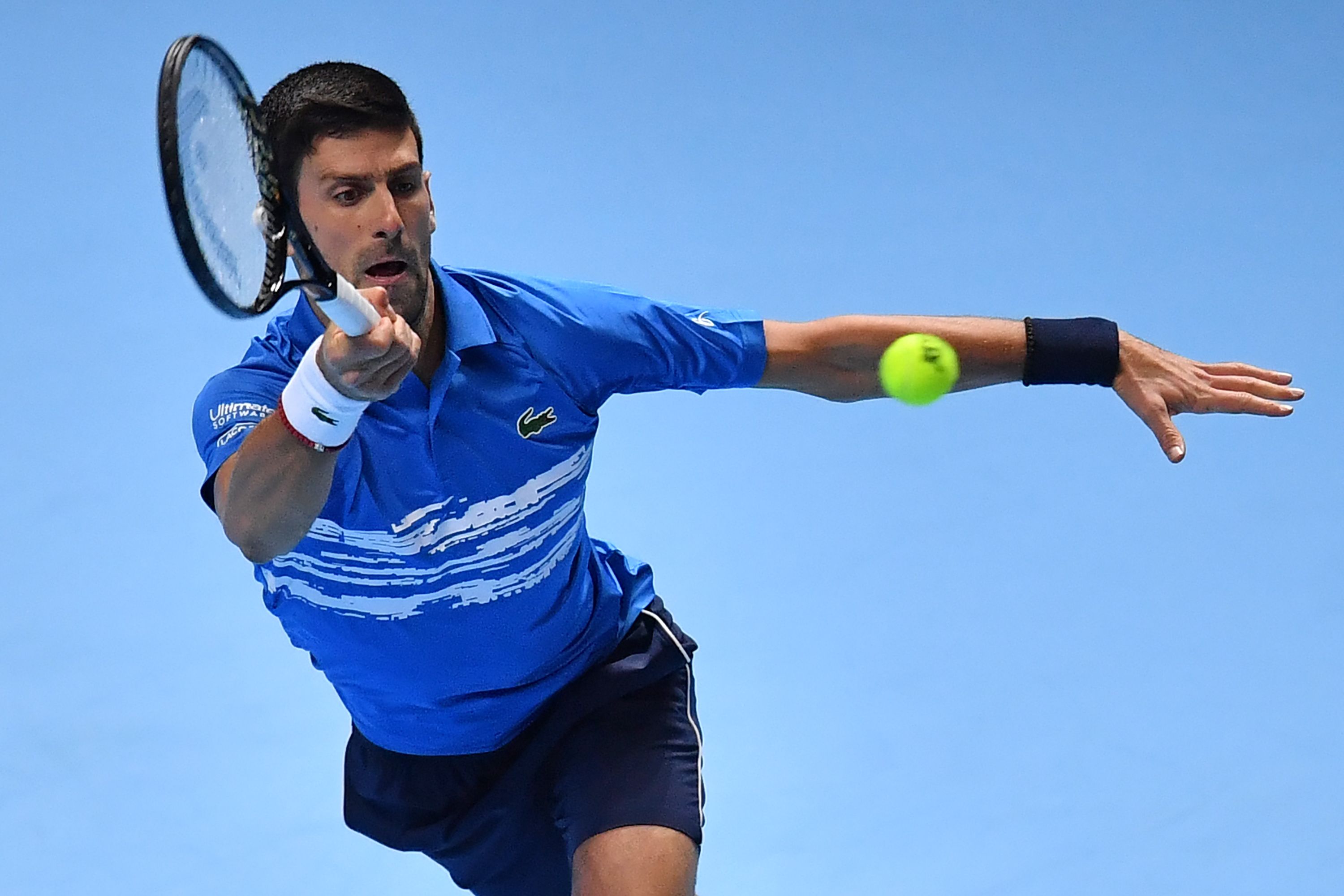 Yet in front of a packed O2 Arena, Federer gained a small measure of revenge with his professional 6-4 6-3 victory booking his spot in the semi-finals of the season-ending tournament.

It means Djokovic will go home empty-handed and unable to replace Spaniard Rafa Nadal at the summit of the ATP world rankings at the end of the year.

This was their 49th competitive meeting but the first time the pair had shared a net since that epic, historic and bum-numbingly five-hour Wimbledon final in July.

On that glorious day at SW19, Federer had TWO match points to win a ninth singles title and yet both were wasted.

Djokovic won the three tie-breaks – including the first fifth-set decider in history – and ruined the dreams of the Centre Court crowd.

The Serb was irate at the time because the Pimms-fuelled fans were against him and he lost his cool, smashing his racket against the umpire’s chair.

BACKED BY THE BRITS

It was no surprise that Federer was once again the darling of a British court.

There were plenty of Swiss flags in the arena, Djokovic’s three double faults were applauded, and there were several chants of "Let’s go Roger, let’s go."

When Federer broke convincingly in the third game, the majority of the fans were on their feet in celebration.

It was a pivotal break because Federer closed out the first set in 35 minutes without breaking much sweat.

His serving action and movement was magnificent and he enjoyed EIGHT aces, including a 125mph thunderbolt to seal the set.

Questions were being asked about whether Djokovic was struggling with an elbow injury.

It was clear he was in physical discomfort. There were a couple of times he grimaced while serving and that was increased when he was unpicked by Federer in the fifth game of the second set.

Djokovic looked rattled and understandably so. He was struggling to cope with the lighting attack and quality of serve from Federer.

Though he was not reacting to the reactions of the paying punters this time, he was unable to find any answers and Federer sealed the triumph with a break of serve. 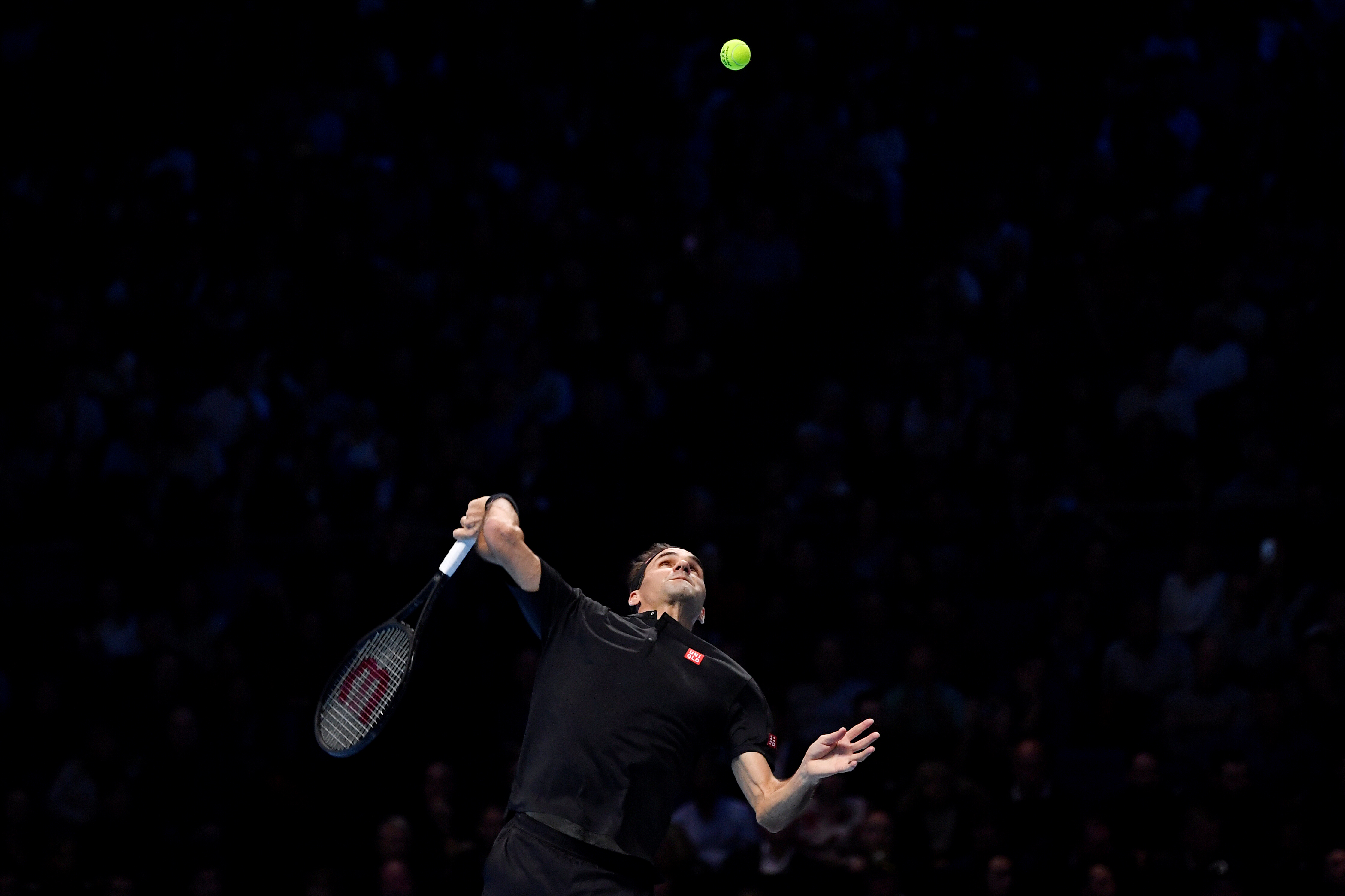 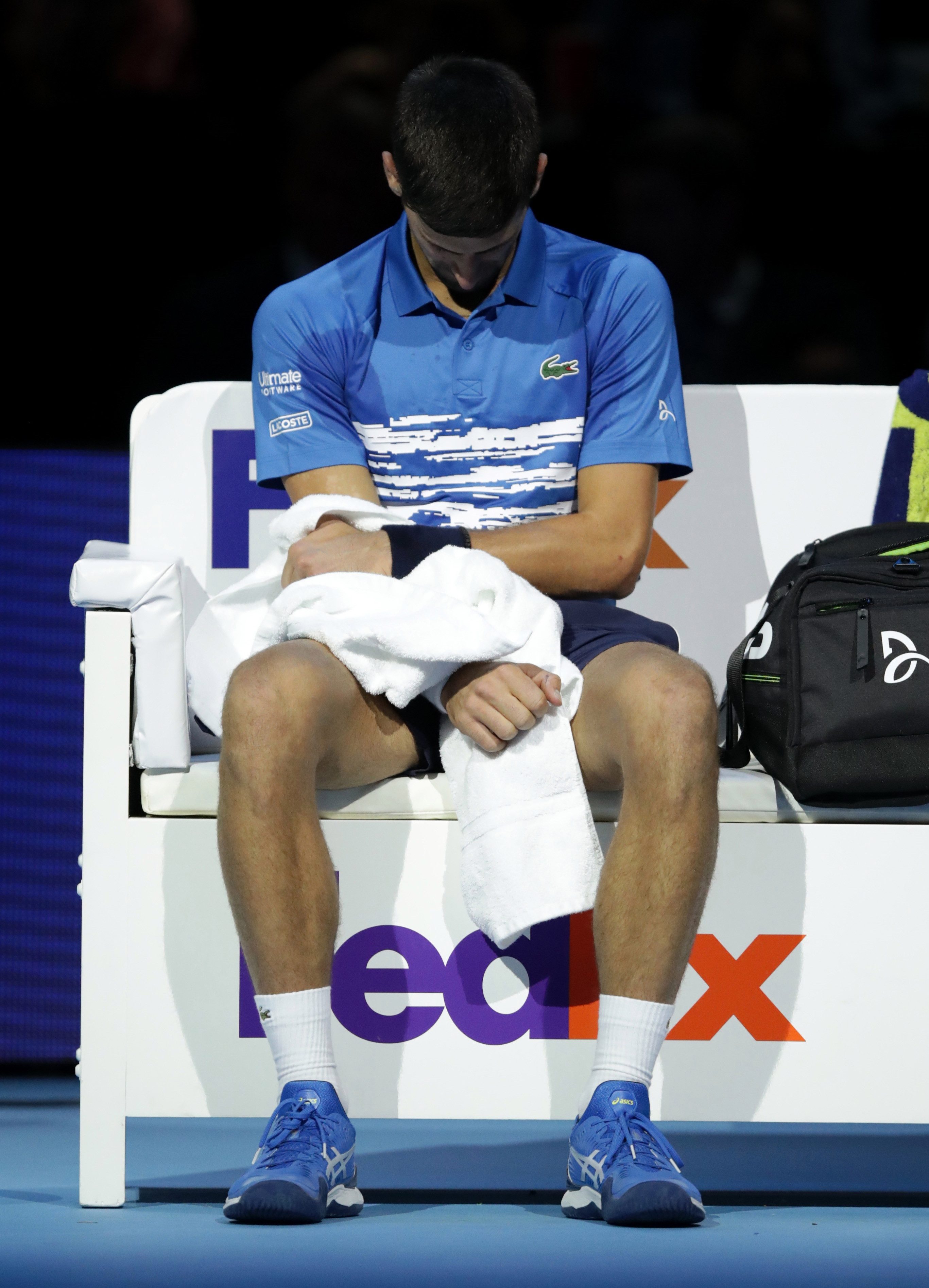 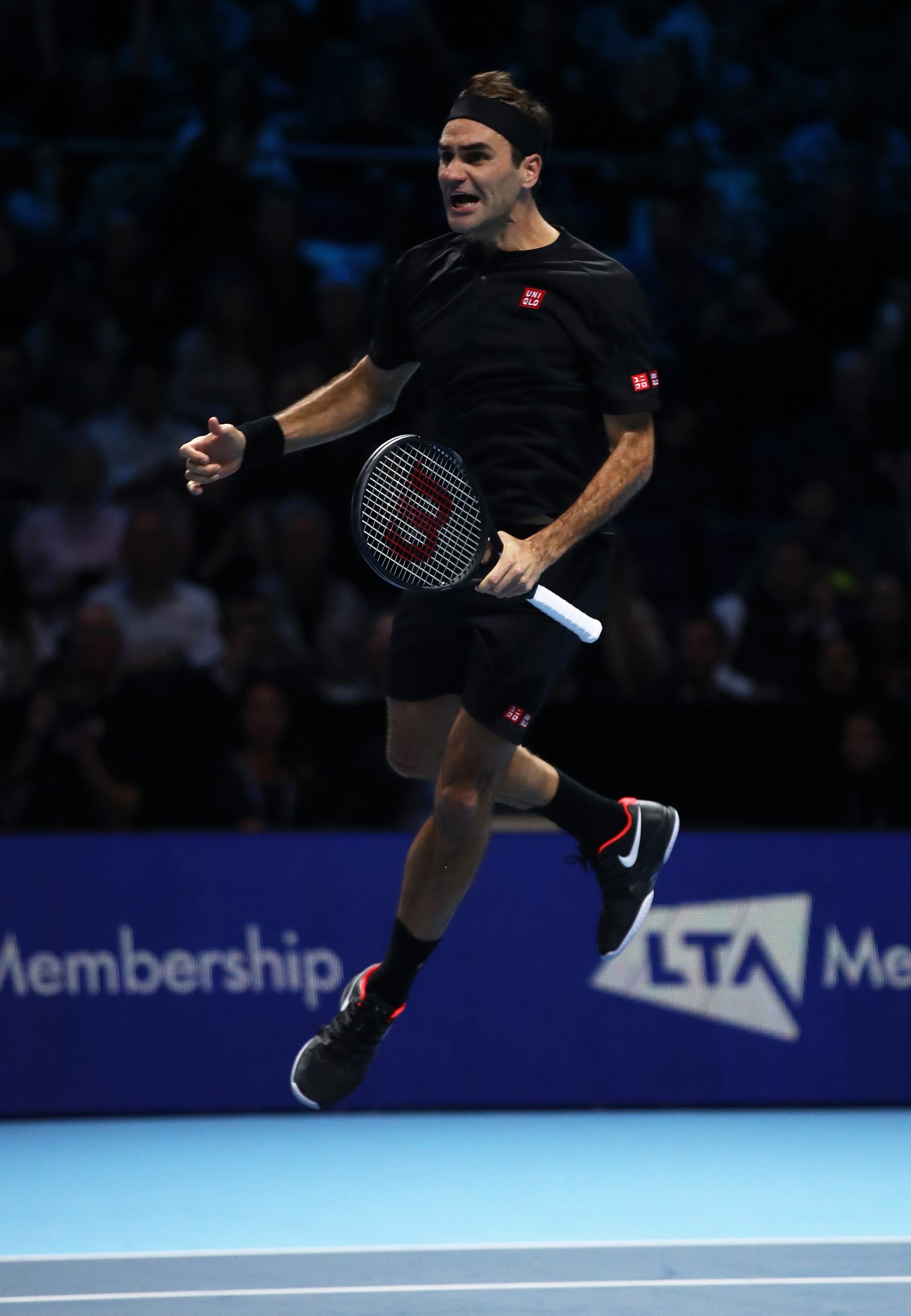 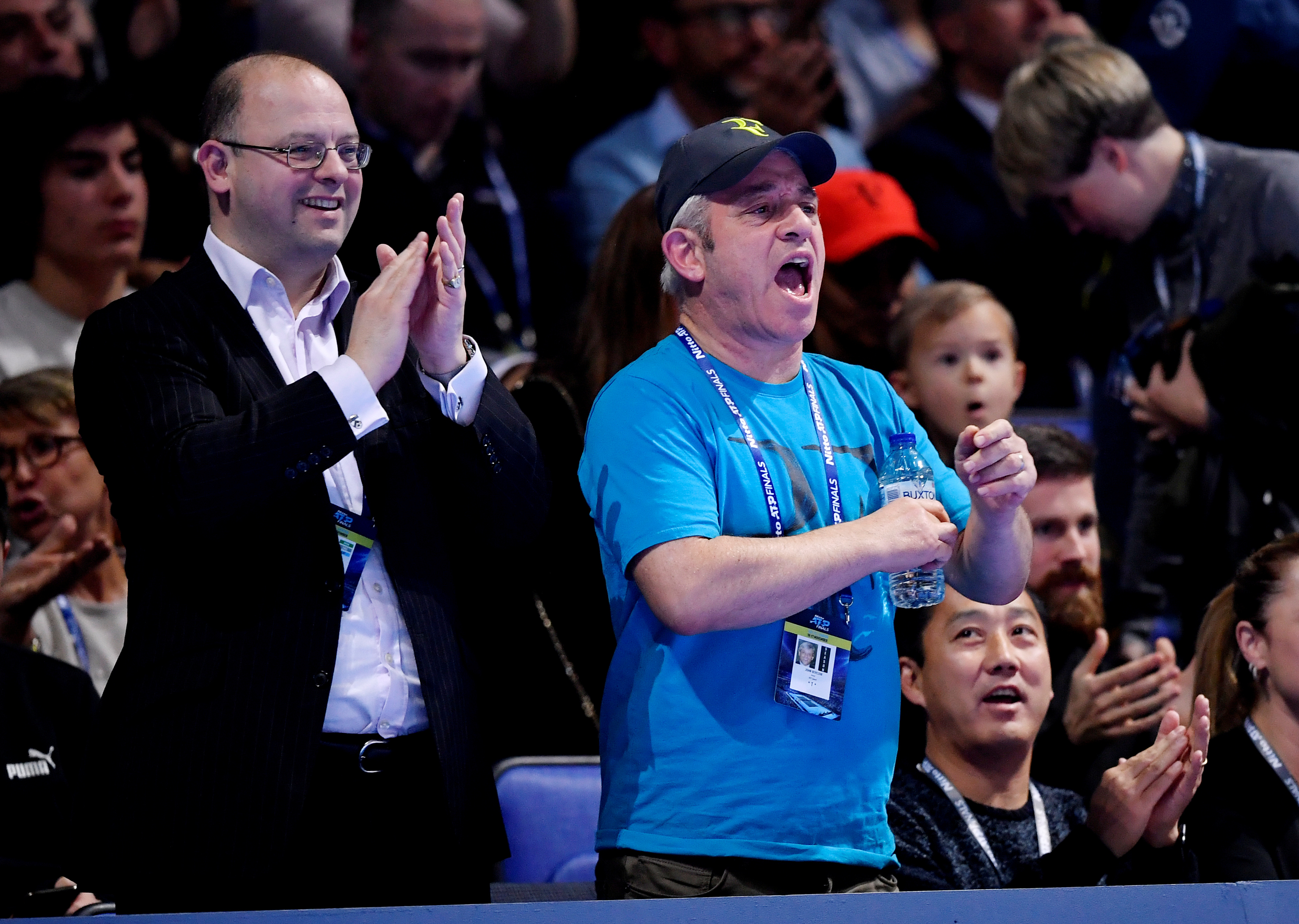 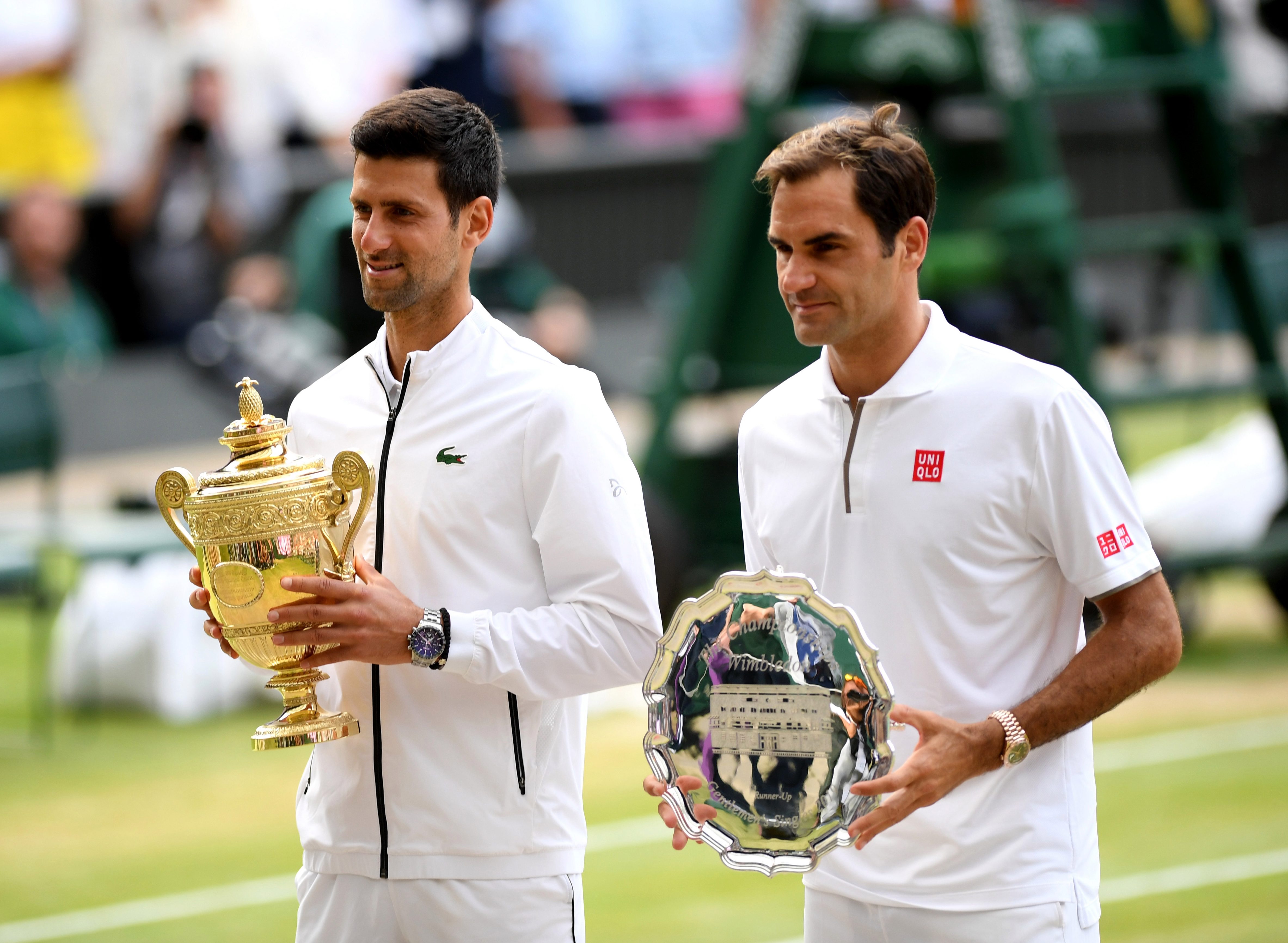 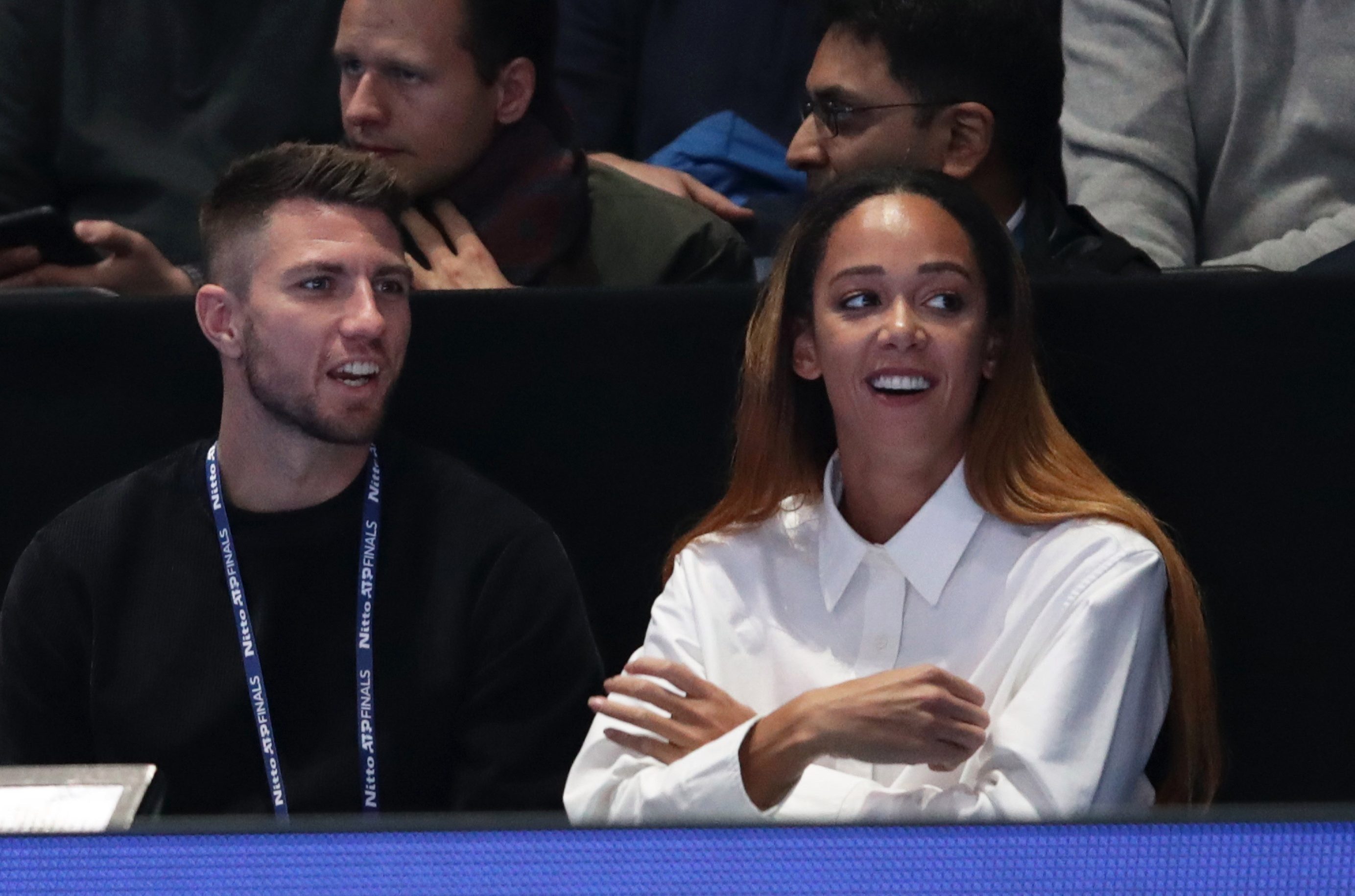