LIVERPOOL forward Roberto Firmino will be ruled out for over four weeks after sustaining a 'serious hamstring injury' in Wednesday's 2-0 Champions League win over Atletico Madrid.

The Brazilian was taken off in the second half and replaced with Divock Origi. 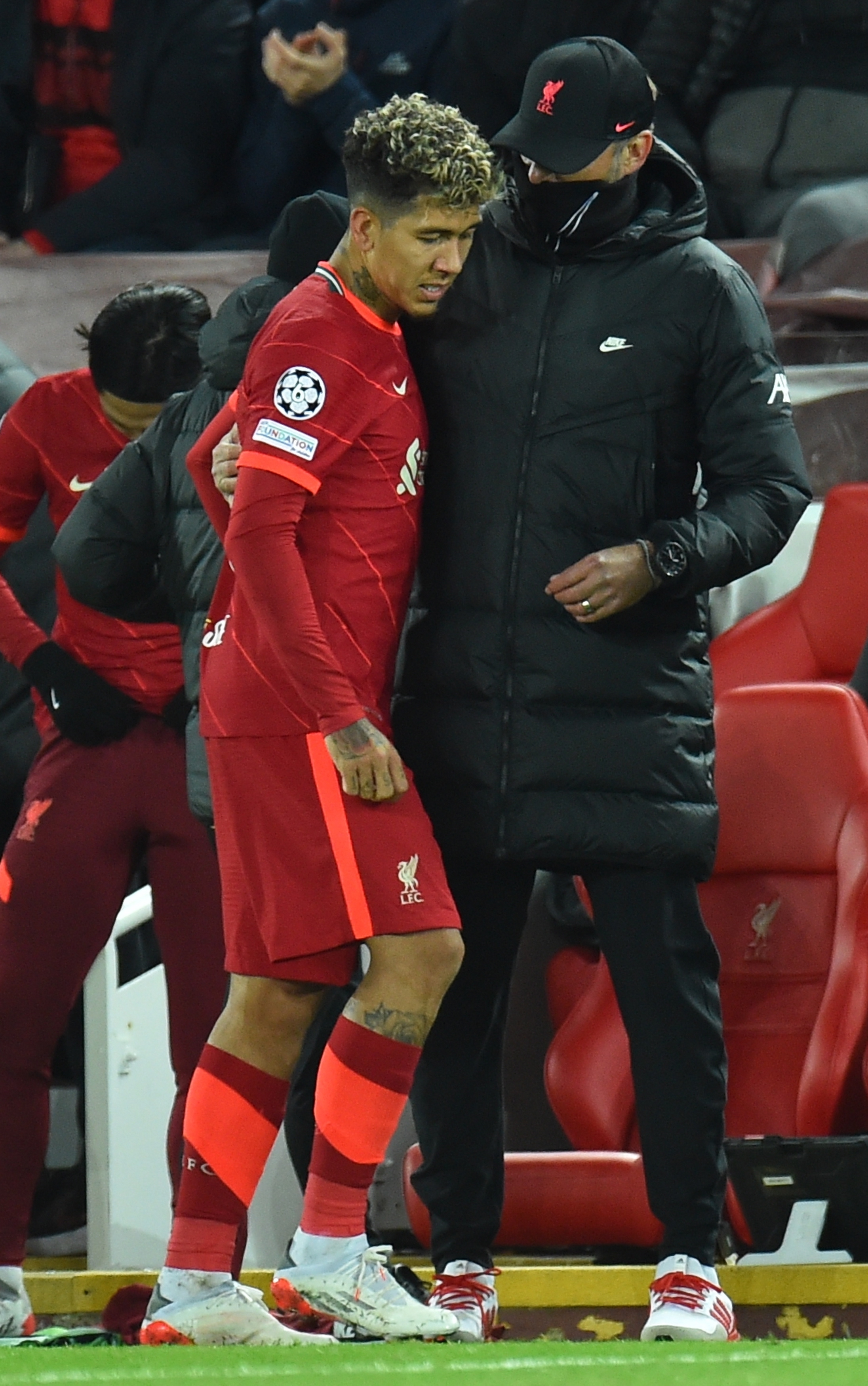 He said: "Bobby is not good news with a serious hamstring injury, really unfortunate.

"We don’t know exactly how long he will be out but it will be not now after the international break directly. We have to work on that.”

Firmino could miss six games for Liverpool with big games against West Ham, Arsenal and Everton all coming up.

The Reds are well in the title race and are yet to be beaten this season.

And maintaining their unbeaten record will be key in keeping themselves hot on the heels of league leaders Chelsea.

After Liverpool's thumping 5-0 win over rivals United, Scholes said: "I think it’s a devastating day for the Premier League.

"Seeing Liverpool go to Old Trafford and win so convincingly, I think it will make City worry.

"Chelsea… I’m not sure, they have been great and I think they are better than I actually give them credit for but I think it’s between Liverpool and Manchester City.

"I think City watching that today, in the Champions League or the Premier League, that will frighten them."

The 30-year-old has started the season well finding the back of the net six times across all competitions.

He also has a hat-trick to his name, putting three past newly promoted Watford.