Leeds Rhinos great Rob Burrow has revealed that he has been diagnosed with Motor Neurone Disease (MND).

The 37-year-old chose to make his diagnosis public on Thursday, and the father of three signalled his intention to battle the debilitating disease with all his power.

Burrow said in a statement: “Regrettably, today I am confirming that I have been diagnosed with Motor Neurone Disease. I would like to thank everyone for the support I have received already since being given my diagnosis.

“I know I have a big challenge in front of me but knowing that I have the love and support of so many people will give me inspiration and strength. I am very positive about the situation and intend to battle the condition as I still feel fit and well.

“I would like to ask for privacy at this time so I can adjust to the battle I have ahead and so that I can spend time with those closest to me ahead of Christmas and New Year.”

MND is a described by the MND Association as “group of diseases that affect the nerves (motor neurones) in the brain and spinal cord that tell your muscles what to do”. The disease, which is also affecting former Scotland rugby union player Doddie Weir, eventually blocks messages from the brain reaching the muscles, which caused them to weaken, stiffen and waste away.

The disease affects how you complete basic everyday tasks such as walk, talk, eat, drink and breathe, and though millions is going into developing a treatment for it, there is currently no cure and it proves life-shortening, with MND affecting one in every 300 people and most likely to affect those aged over 50.

Burrow spent his entire professional career with Leeds and became one of their all-time great players, making 492 appearances for the Super League club across 15 trophy-laden seasons and appearing in a record 23 finals, winning more than half of them with 13 different honours to his name.

Burrow also made 15 appearances for England and five more for great Britain, and cemented a reputation during his playing days for being one of the most elusive and agile players in the game thanks to his diminutive 5ft 5in stature.

He retired from the game following the 2017 Super League Grand Final, with his last match seeing him help the Rhinos to his eight Grand Final triumph of his career, before hanging up the boots to become the club’s academy boss and subsequently the reserve team head coach. 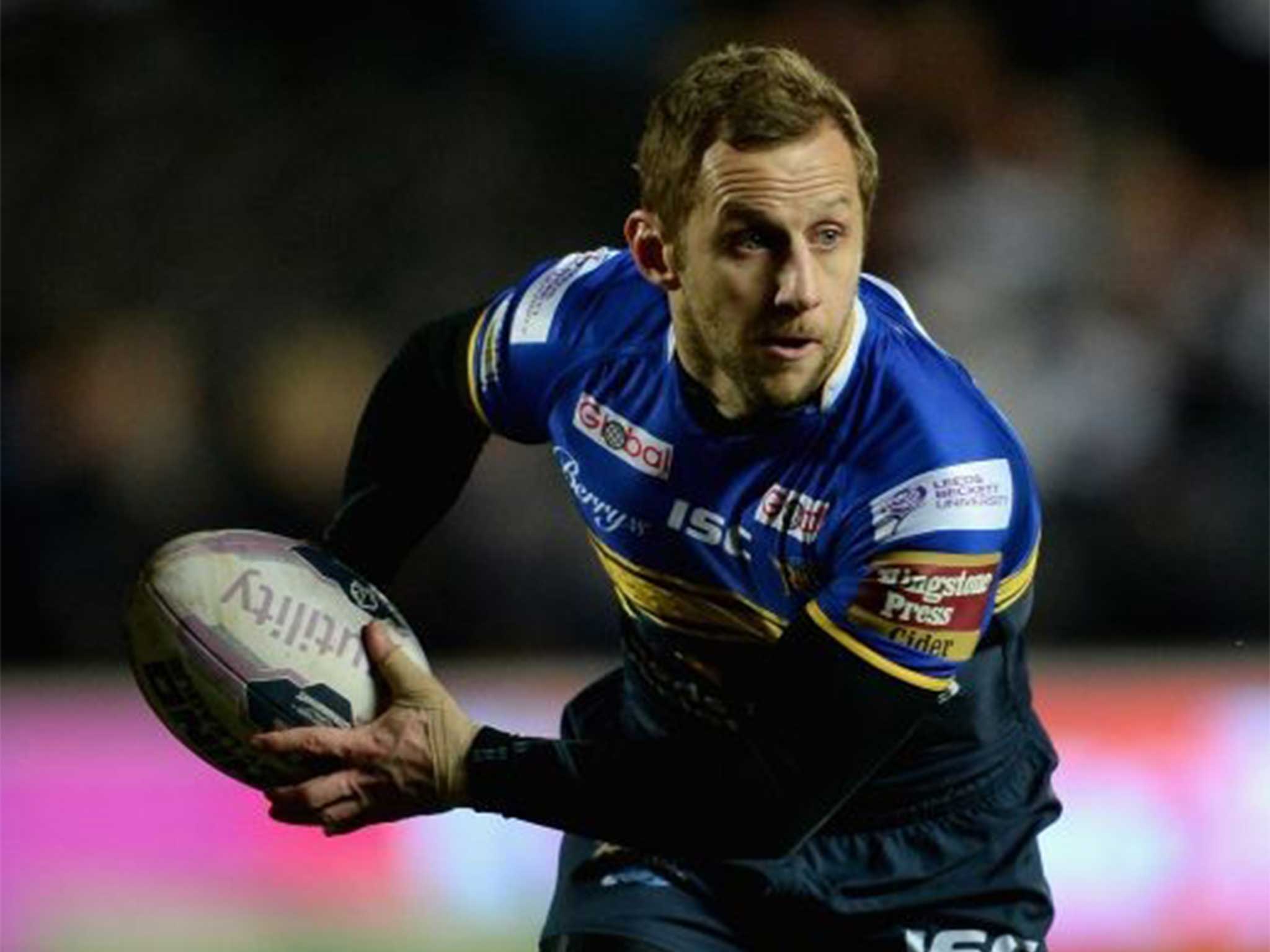 Paying tribute to his former teammate, colleague and close friend, current Leeds director of rugby Kevin Sinfield said that the news was “devastating” and that plans are already being put into place to help raise funds to help support Burrow and his family.

“This has been devastating news and heart breaking for Rob and his young family,” said former Leeds captain Sinfield. “The thoughts of everyone at Leeds Rhinos and, I am sure, throughout the Rugby League family is with Rob and his wife Lindsey.

“Throughout his career, Rob overcame the odds to become a legend of the game and I know he will tackle this challenge with the exact same positive determination.

“As a club, Rob will receive our full support and we will be working with him to chart the way forward. I would like to thank Doddie Weir for taking time out recently to meet with Rob and talk about his own personal experiences with MND.

“The news has been a massive shock and I know it will be similar for his many former team mates, friends and fans in the game. We will be developing ways we can best support Rob and his family in the future over the next few weeks and will be hoping to announce plans as soon as possible in the New Year. In the meantime, I would ask you all to keep Rob and his family in your thoughts over the Festive period.”