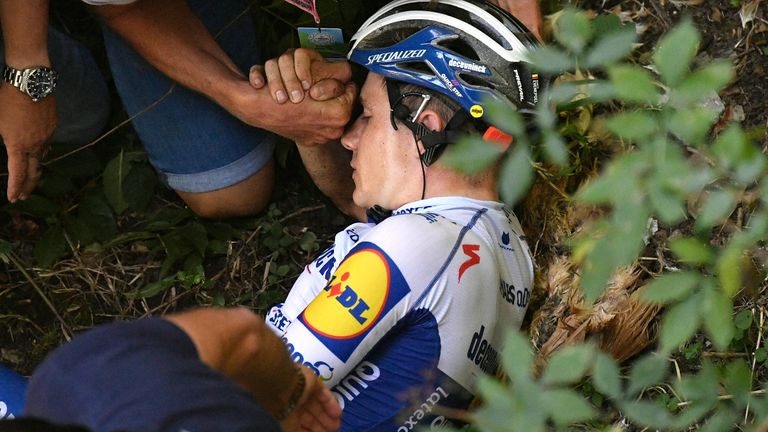 Belgian prodigy Remco Evenepoel is to restart training six months after breaking his pelvis in a freak crash at the Giro di Lombardia, his Deceuninck-Quick Step team has said.

Evenepoel sustained the injury when he went over a bridge wall and into a ravine while going downhill.

“Remco Evenepoel has today undergone a further examination of the injury sustained while crashing at last August’s Il Lombardia, which has revealed that the injuries have healed sufficiently for the 21-year-old to commence on-bike training again,” the Belgian outfit said in a statement.

Best news ever 😍 Thanks to each and single one of you for the support! Let’s goooooooooo! #backonthebike https://t.co/Y0frRYs6ym

Evenepoel has been widely regarded as the most promising of the sport’s young riders, having won nine races in a season that ended on August 15.

“I am obviously really happy that I can get back on my bike and ride again. For now, I have to take it step by step and depending on my progress we can decide my future program, but the main thing is I am making progress,” he said.

In comments made to Belgian newspaper La Derniere Heure, Evenepoel said he was looking to race again at the Giro d’Italia, which starts on May 8 in Turin.