The five-time world darts champion, 53, felt unwell after being hammered 6-1 by Ryan Searle in the first round of the PDC Super Series 2 event in Milton Keynes. 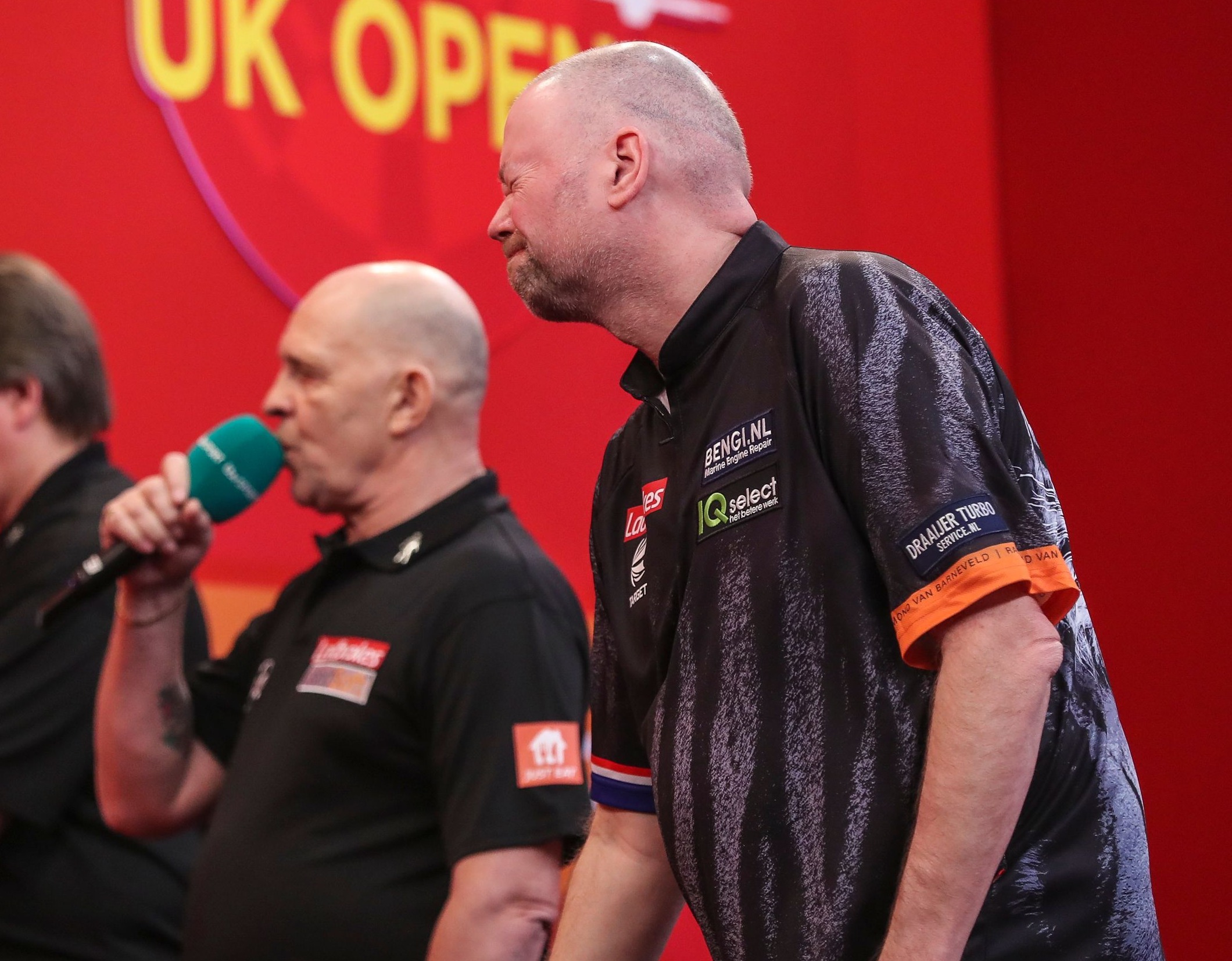 The Dutchman was treated on site by paramedics but did not require hospital treatment.

Van Barneveld – who only rejoined the PDC circuit last month – returned to his hotel room at the Marshall Arena and was further monitored by medics.

Play on Friday was suspended for more than hour while Van Barneveld received treatment.

It is not yet clear what caused the issue.

But Van Barneveld is a diabetic and has often spoken in the past about the perils of playing top-level sport with the condition.

"Van Barneveld was defeated in the first round of the PDC Super Series 2 event in Milton Keynes, and later required medical assistance after becoming unwell in the arena.

"He was treated by paramedics but has not required hospital treatment, and returned to his hotel room at the Marshall Arena to be further monitored.

"Play was suspended whilst Van Barneveld received treatment before resuming at 1445 GMT."

Barney, who lives in Holland with his English girlfriend Julia, quit the sport in disgust and anger when he lost to American Darin Young in the first round of the PDC World Darts Championship in 2019.

However, following the worldwide lockdowns and the collapse of the exhibition circuit, the Hague-based star decided to make a comeback to the professional ranks.

In February he regained his Tour Card via Q School.