THIS is the moment Rangers fans in Dubai showed their appreciation for Steven Gerrard's unbeaten league champions.

Beaming a special tribute onto the Burj Khalifa – the world's tallest building – Light Blues supporters in the UAE were loving the incredible lightshow this evening. 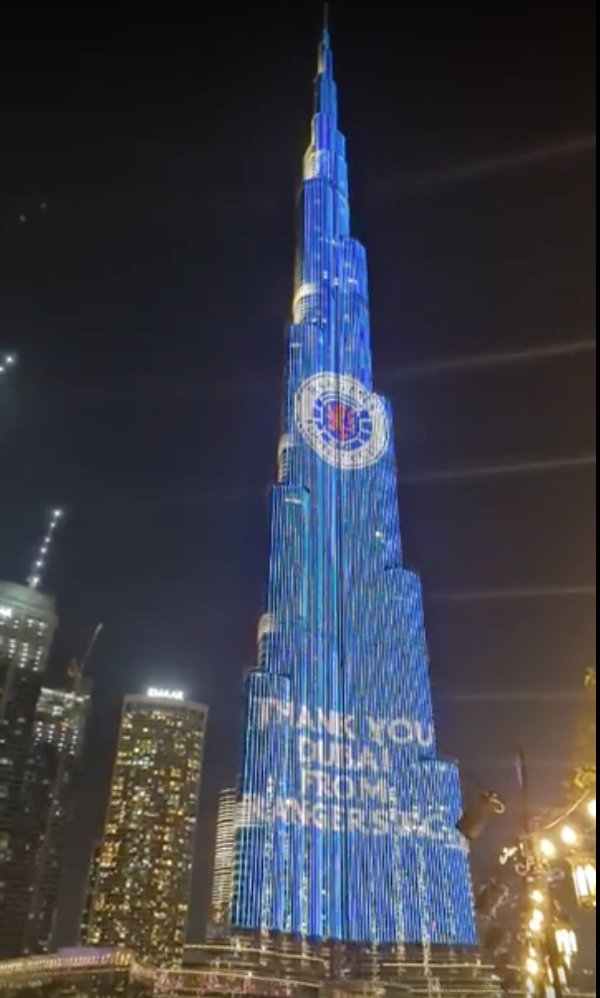 The Ibrox side wrapped up a memorable season in style yesterday by beating Aberdeen on trophy day to see out the Premiership season without a single defeat.

Captain James Tavernier then lifted the trophy to Celtic's domestic league dominance over the past decade.

Celebrations have taken place far and wide – with the scenes in Glasgow well documented.

Now, 24-hours after the trophy lift, a group of Dubai-based fans celebrated in the Middle East by lighting up the Burj with a special toast to the champions. 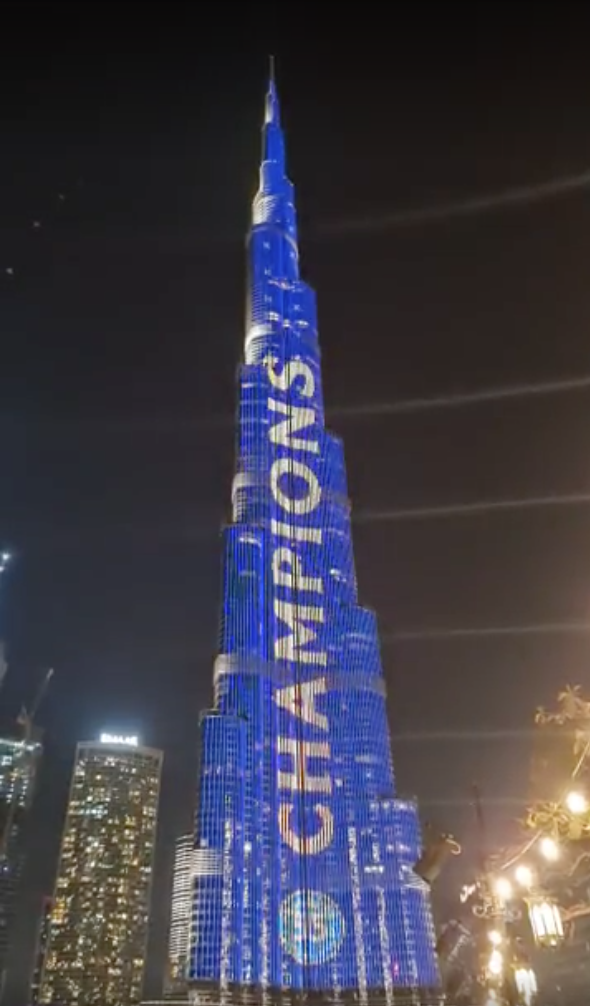 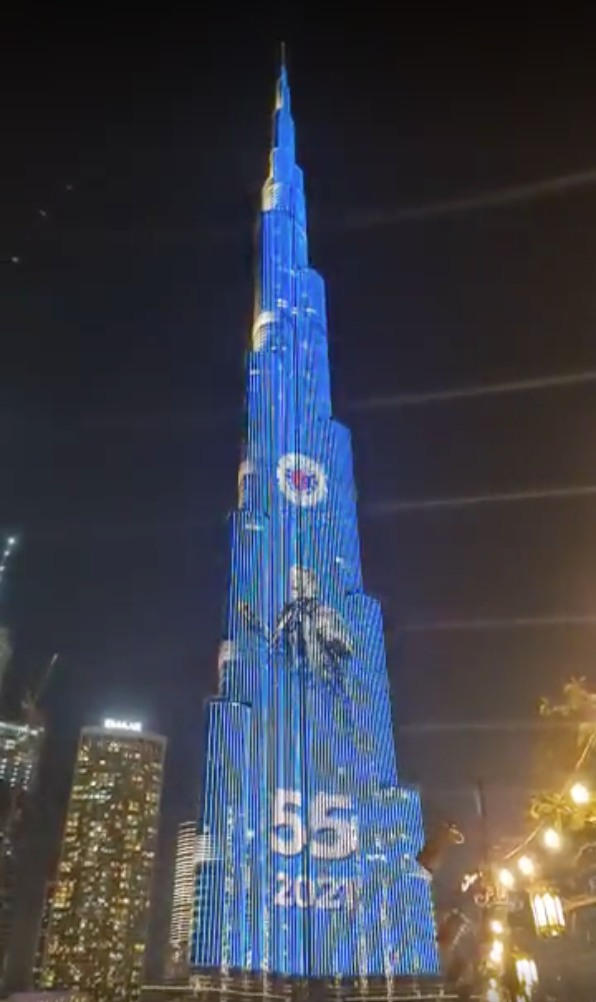 Standing at 2,717 feet tall with 160 floors, the hotel and Dubai's main attraction remains the tallest structure on the globe.

Supporters over in the UAE organised a projected video display that took observers through the years up to the club's 55th title.

The North American Rangers Supporters Club hinted at what was to come on Sunday evening when they tweeted: "Tonight the Burj Khalifa in Dubai will for the first time in history light up with the crest of @RangersFC.

"At 5.55pm UK time Rangers will light up the world. No other club has ever done this, and it is another example of what we as a support can achieve when we pull together." 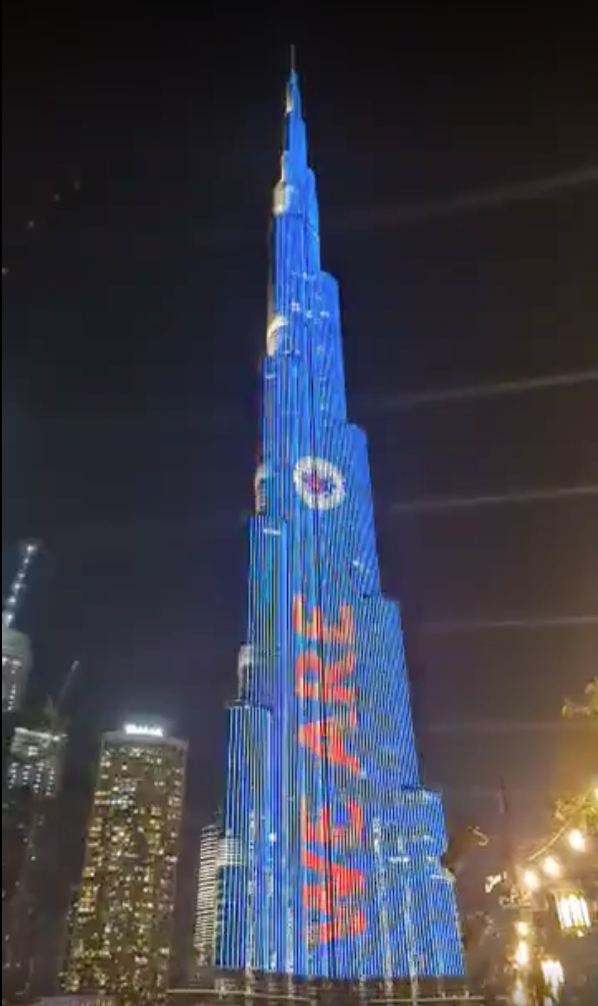 And the club's fans were loving the magical display with comments all over social media.

One wrote: "Unreal, massive credit to those involved."

Another said: "Unbelievable. Absolutely top notch, well done to everyone who organised this."

A third commented: "This is phenomenal."

And a fifth said: "The greatest sight that I have ever seen."

The Ibrox club had all four nominees for the gong after winning the league and going unbeaten in the Premiership in the process.

And Celtic starlet David Turnbull has scooped the Young Player of the Year award.

Skipper and top-scorer Tavernier, goalkeeper Allan McGregor, veteran midfielder Steven Davis and mercurial winger Ryan Kent were all up for the prize.

Attacking full-back Tav notched 11 goals in the Premiership and ten assists in a highly productive campaign, in spite of a two-month gap late in the season due to injury.

Steven Gerrard made it a clean sweep on the awards front by scooping the PFA Scotland Manager of the Year gong this evening too.