Vienna: Rangers' dreams of reaching the Europa League last 32 were extinguished on Friday (AEDT) as they failed to get the victory they needed to edge out Rapid Vienna.

Victory in the Austrian capital would have extended the Ibrox side's remarkable run beyond Christmas. 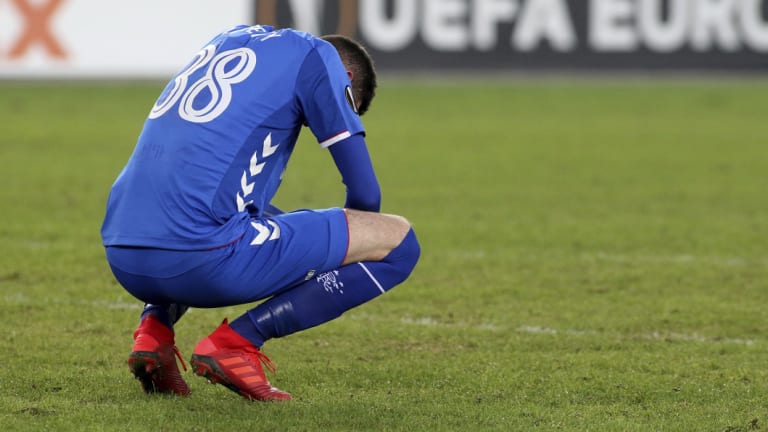 Rangers’ Kyle Lafferty is dejected after losing to Rapid Vienna.Credit:AP

But there was no fairy-tale ending for the team Steven Gerrard put together as Dejan Ljubicic's late winner sealed a 1-0 win at the Allianz Stadion.

In Budapest, substitute Olivier Giroud saved Chelsea from an embarrassing loss at Vidi.

Willian's free-kick after 30 minutes was cancelled out immediately by an Ethan Ampadu own goal and Loic Nego struck a sumptuous volley after 56 minutes to give Vidi the lead.

But Giroud's fine free kick 15 minutes from time earned a 2-2 draw in a match of little consequence for the Blues, who had already qualified for the last 32 as group L winners. 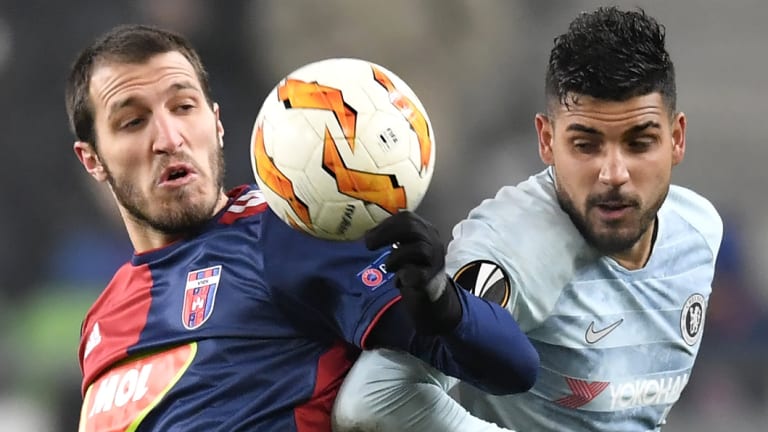 Five-time winners Sevilla hammered Krasnodar 3-0 to win group J as Wissam Ben Yedder hit a brace, with the Russian side following them through in second place as Standard Liege drew 0-0 at Akhisarspor.

Genk thrashed Sarpsborg 4-0 to seal a top spot in group I, while Malmo earned a surprise 1-0 victory at Besiktas to snatch second place from the Turkish side.

Marcus Antonsson struck after 51 minutes for Malmo, and Besiktas had Ricardo Quaresma sent off in the second half.

The hosts still could have found their crucial equaliser in the final stages, if it wasn't for the woodwork and excellent goalkeeping from Johan Dahlin.

Talented winger Ismaila Sarr hit a double for Rennes as they beat Astana 2-0 to oust their opponents from the second place spot in group K, behind group winners Dynamo Kiev who lost 1-0 against Jablonec.

The draw for the round of 32 takes place on Monday in Nyon.