PEP GUARDIOLA, his wealthy employers and of course, City’s fans, have waited a long time for this.

But surely, they are on their way to the Champions League final. 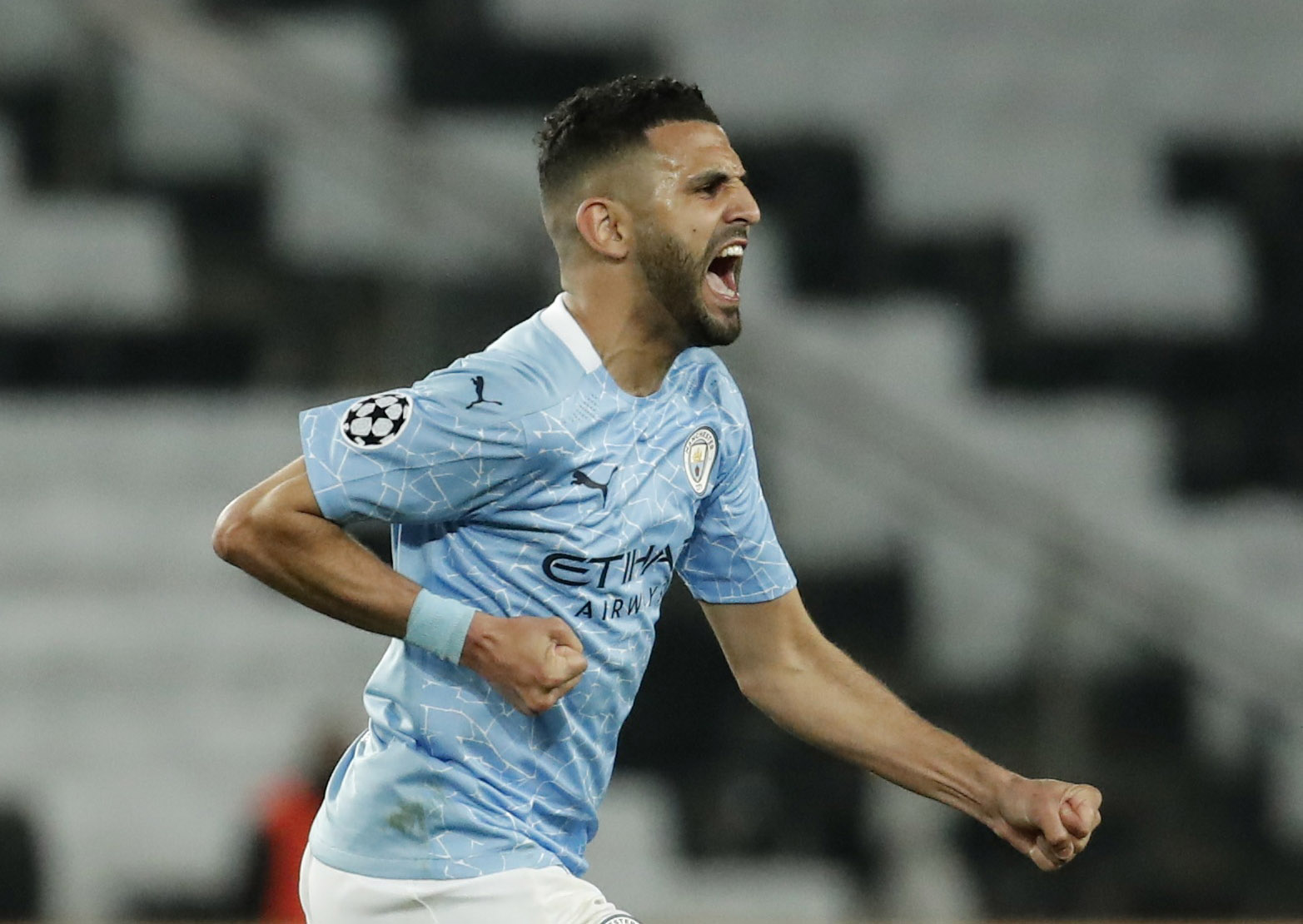 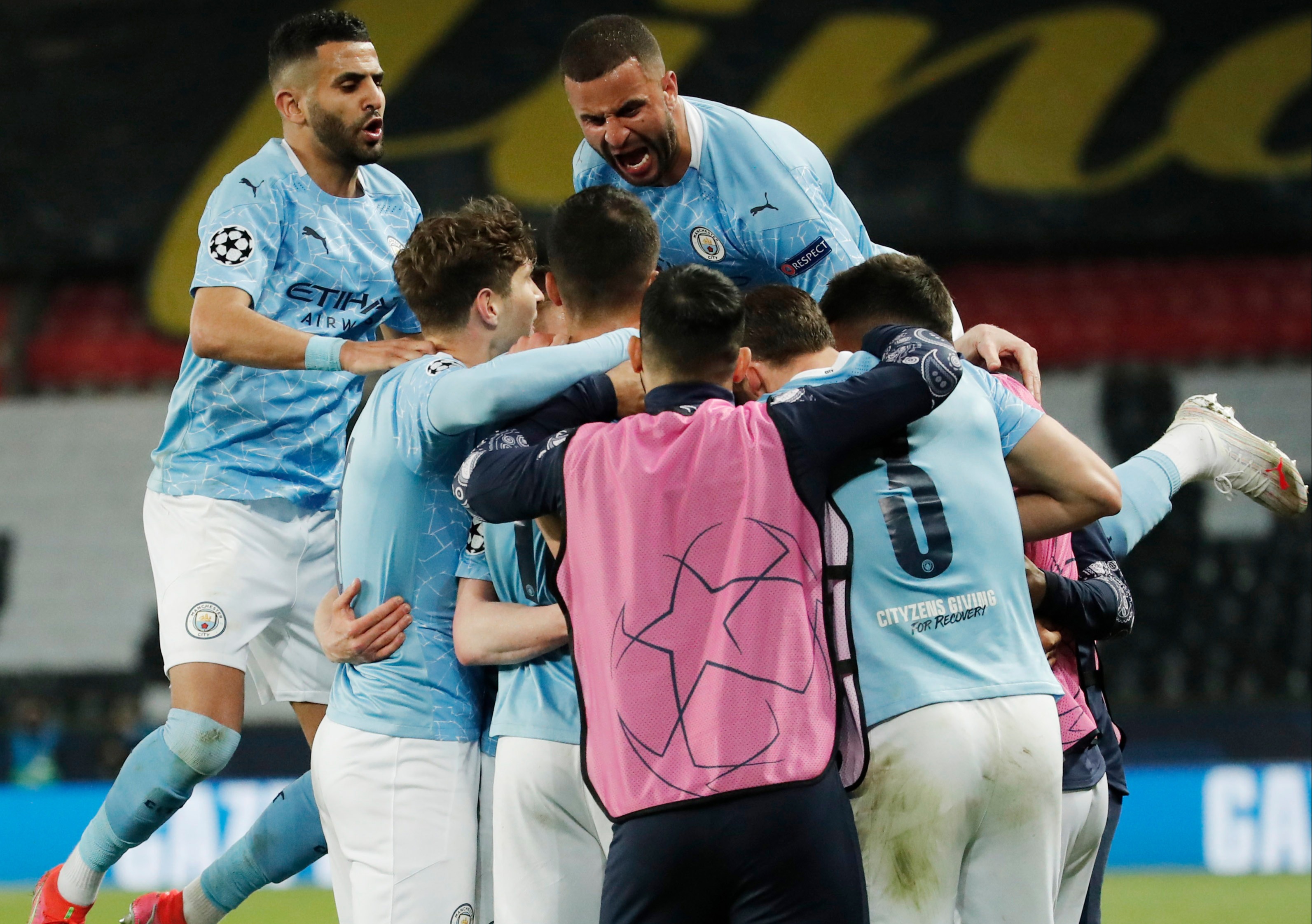 Any tournament which ends in Istanbul needs a famous recovery and City did exactly that last night as they pulled PSG’s pants down with two goals in the space of seven minutes.

This was stunning stuff from City. It was their 18th successive away win and by some distance, the finest of them all.

So impressive in the first half and leading with a goal from Marquinhos, PSG simply lost the plot and also their cool.

Kevin de Bruyne’s leveller was lucky, Riyad Mahrez’s strike was thanks to some shambolic defending and then former Everton midfielder Idrissa Gueye was deservedly sent off for a tackle on Ilkay Gundogan.

But here was night that City, finally, proved they are not bottle jobs on the big occasion. And if they do fall to pieces in the second leg – and on this performance it will not happen – Guardiola’s team will have only themselves to blame.

There were numerous heroes on the pitch for City in the second half but it was a special moment for Mahrez who was raised in Paris suburb Sarcelles – not far from the Parc des Princes.

And this was a classic type of away performance which you see from European powerhouses such as Bayern Munich and Real Madrid who find a way of winning, even if not at their best.

And the most relieved man in European football will have been Guardiola whose Champions league results for City against teams from France – and also Mauricio Pochettino – have not been great. 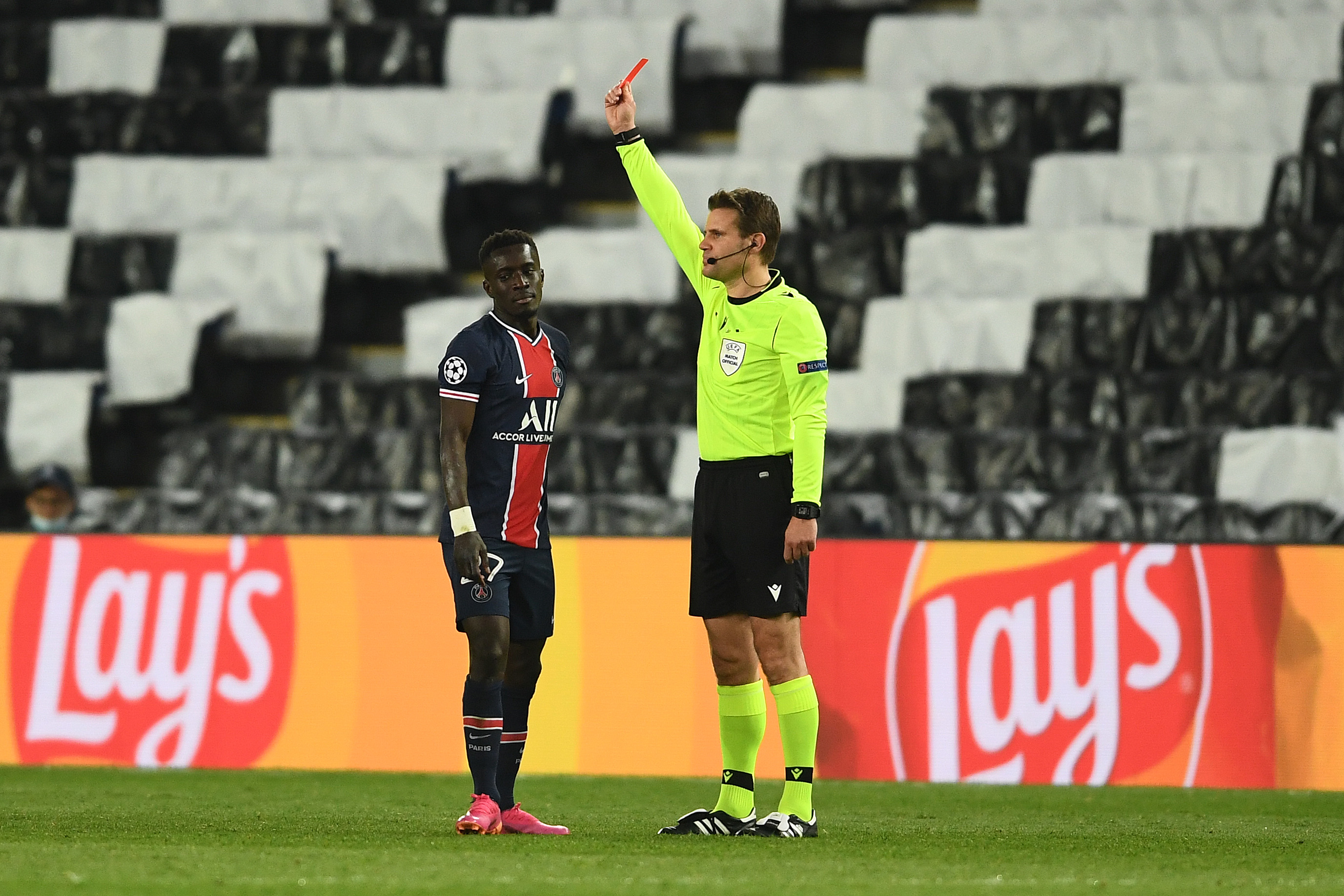 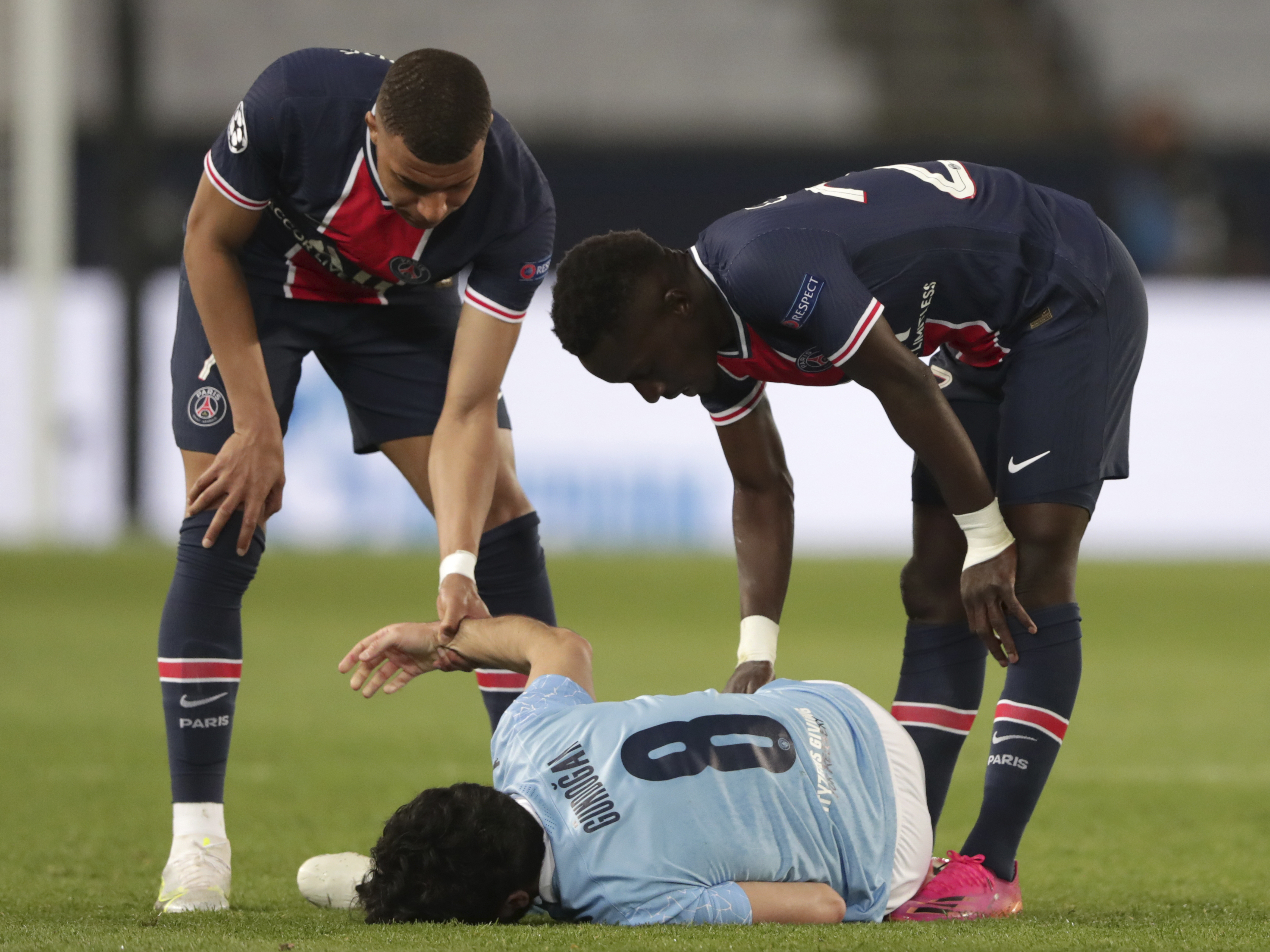 But unlike two years ago, former Spurs boss Pochettino will not be going to the final.

Pochettino will be particularly frustrated as throughout the first half, his team were a cut above City and deserved their lead.

There was a warning for City within two minutes when Rodri forgot that losing the ball to Kylian Mbappe is a really bad idea.

Neymar could only manage a harmless shot at Ederson and then Brazilian then saw a deflected effort met with a decent save by his fellow countryman in the City goal.

Yet Ederson did not have a prayer to keeper out a terrific glancing header from Marquinhos. While it was a terrific run from Marquinhos, who charged past Ilkay Gundogan, it was all about the absolutely perfect corner from Angel di Maria. 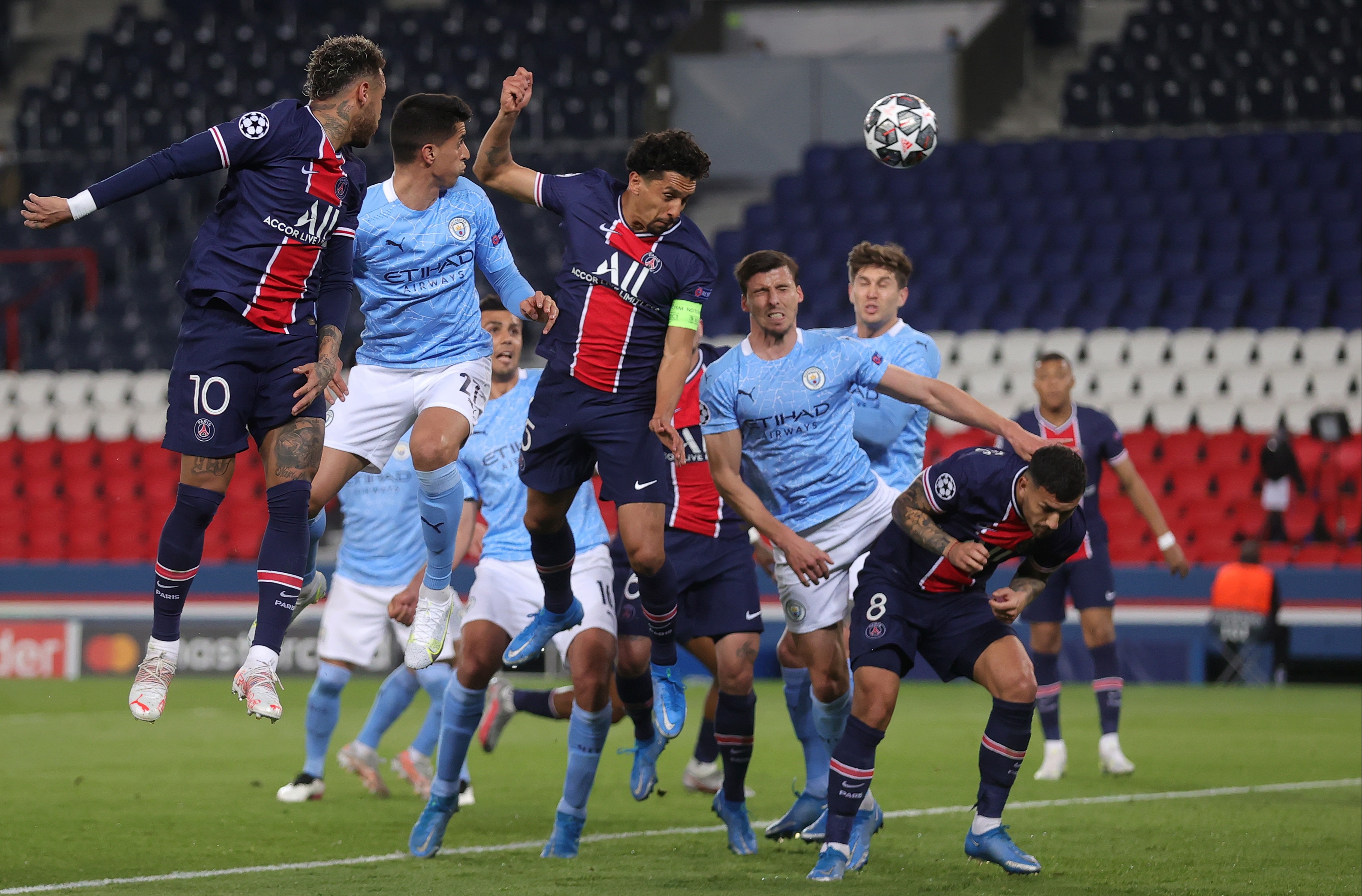 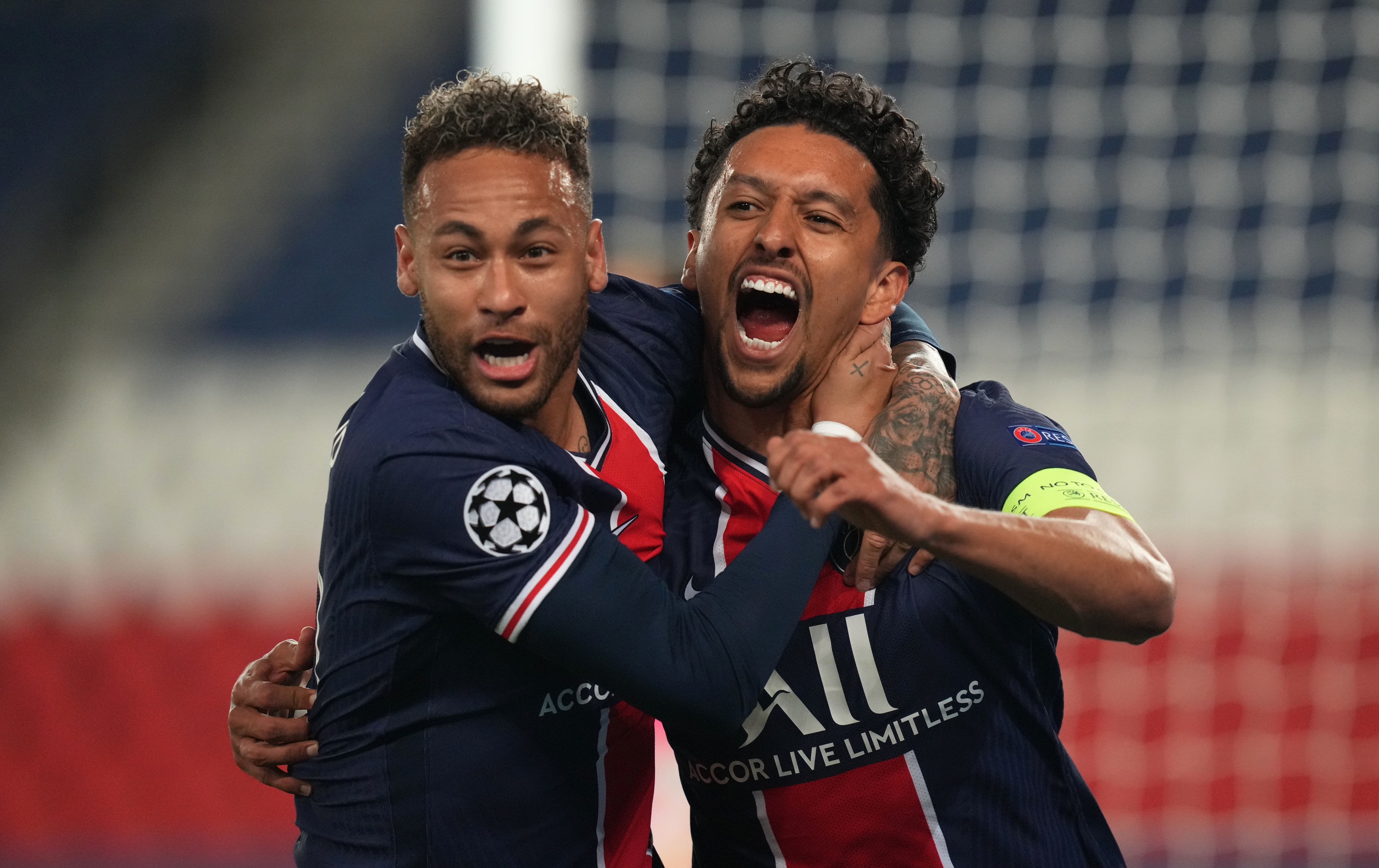 It was only the fourth goal City had conceded in the competition this season and they did well to avoid conceding another before half-time.

PSG keeper Keylor Navas, one of the club’s best players this season, delivered an unorthodox save to keep out a hooked effort from Bernardo Silva.

And Foden then should have done better before half-time when he hammered a shot straight at Navas when he should have stuck the shot into either corner.

But it was PSG who dazzled and delighted with their clever passing, brilliant movement and in fairness to defender John Stones and Ruben Dias, City’s central defenders actually did pretty well against such class.

City started the second half well and we even saw a smile on the face of Guardiola as he watched from the dug-out. 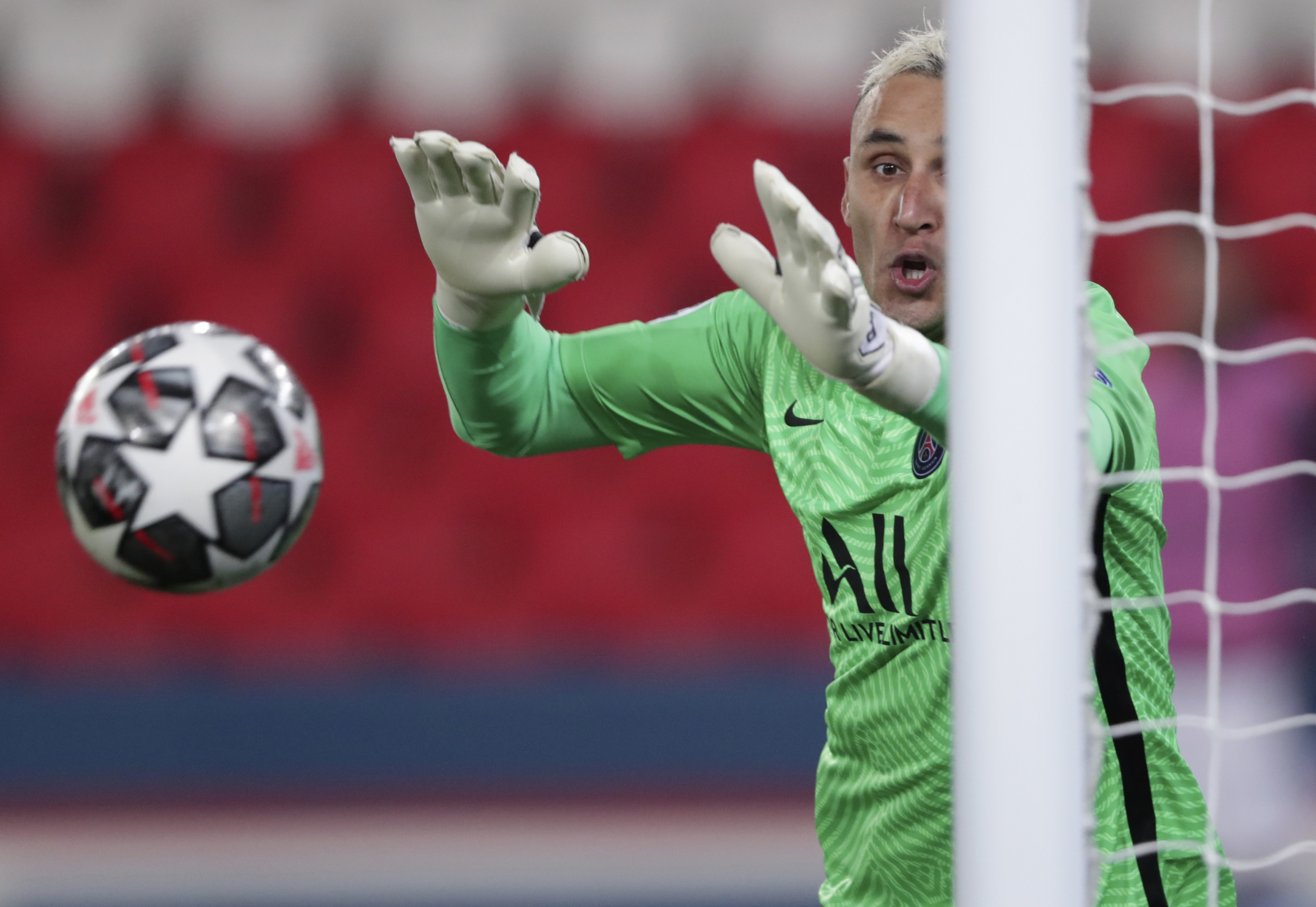 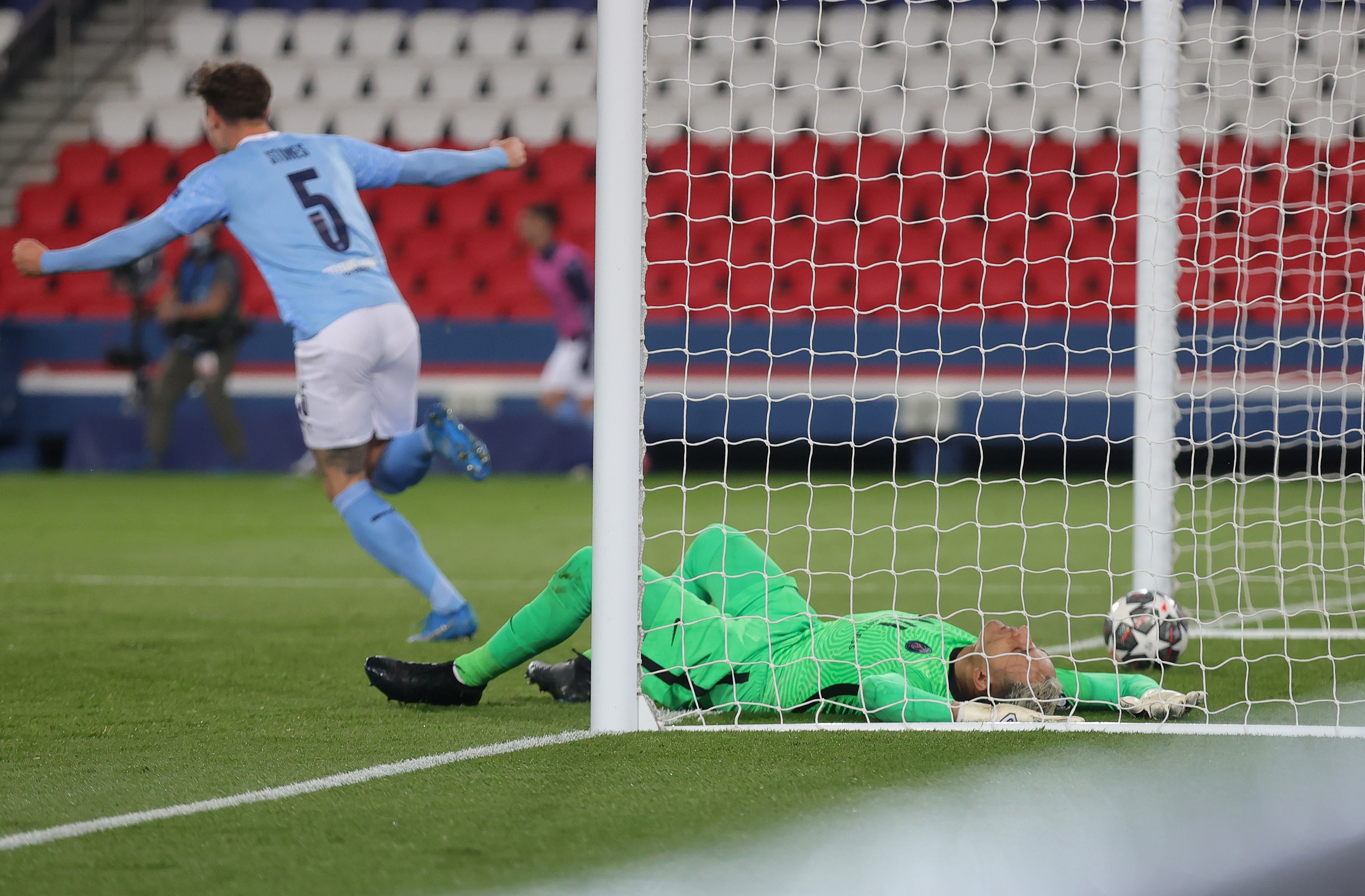 De Bruyne went close with an outrageous effort yet while his bicycle ffort was unsuccessful, his harmless -looking ball towards the far post gave City their big breakthrough.,

And while City’s players celebrated and Guardiola jumped out of the dugout, one player who deserved real credit was Kyle Walker who delivered a stunning 60-yard run to force Marquinhos into conceding a corner.

Better was to follow. Foden won a free-kick and although De Bruyne looked certain to be the taker, City tricked PSG and it was Mahrez.

Presnel Kimpembe and Paredes delivered a comical effort at delivering a solid wall and Mahrez’s free-kick squeezed through the pair past a furious Navas.

Worse was to follow when Gueye went through the back of Gundogan and could have few complaints at being given a straight red. 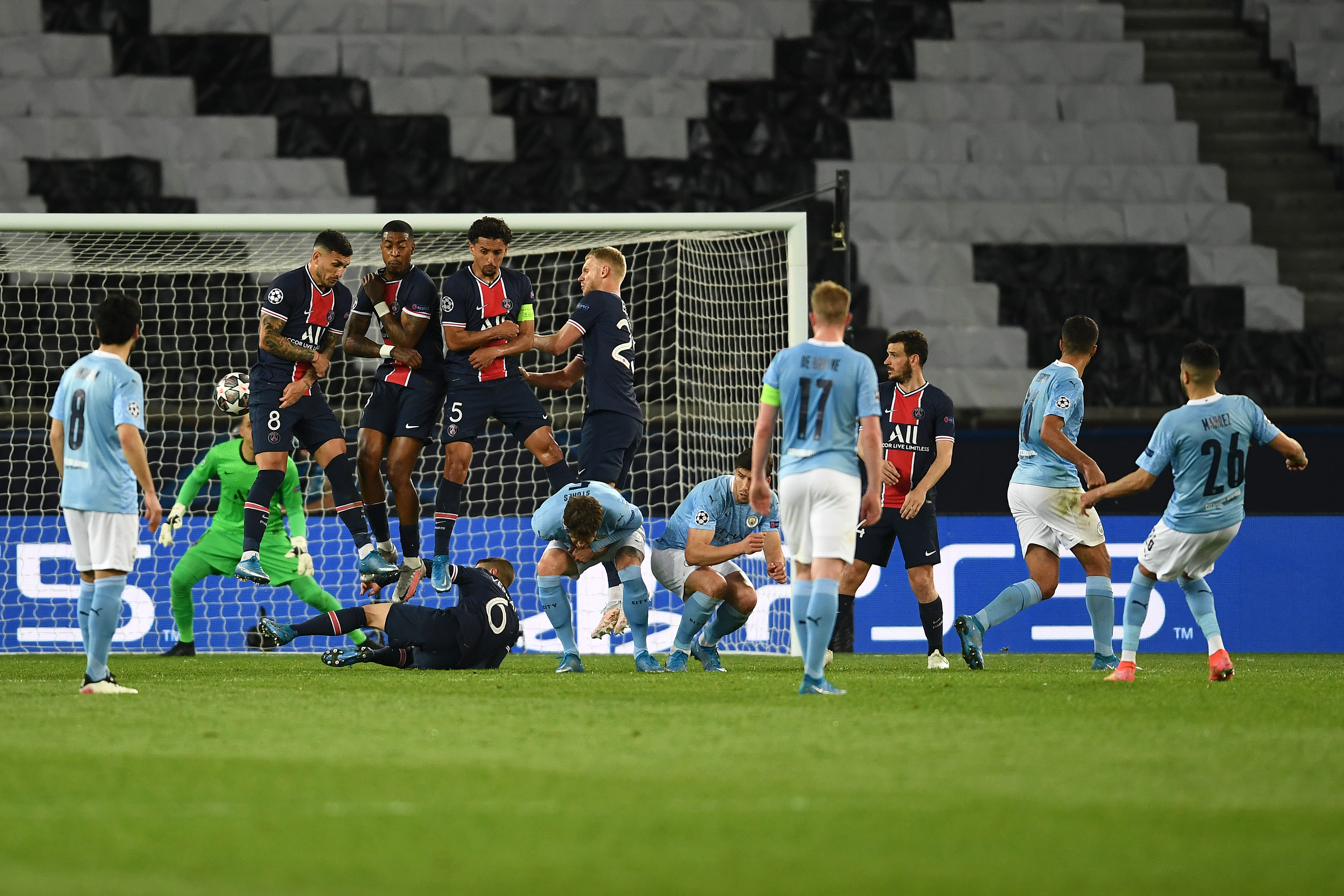 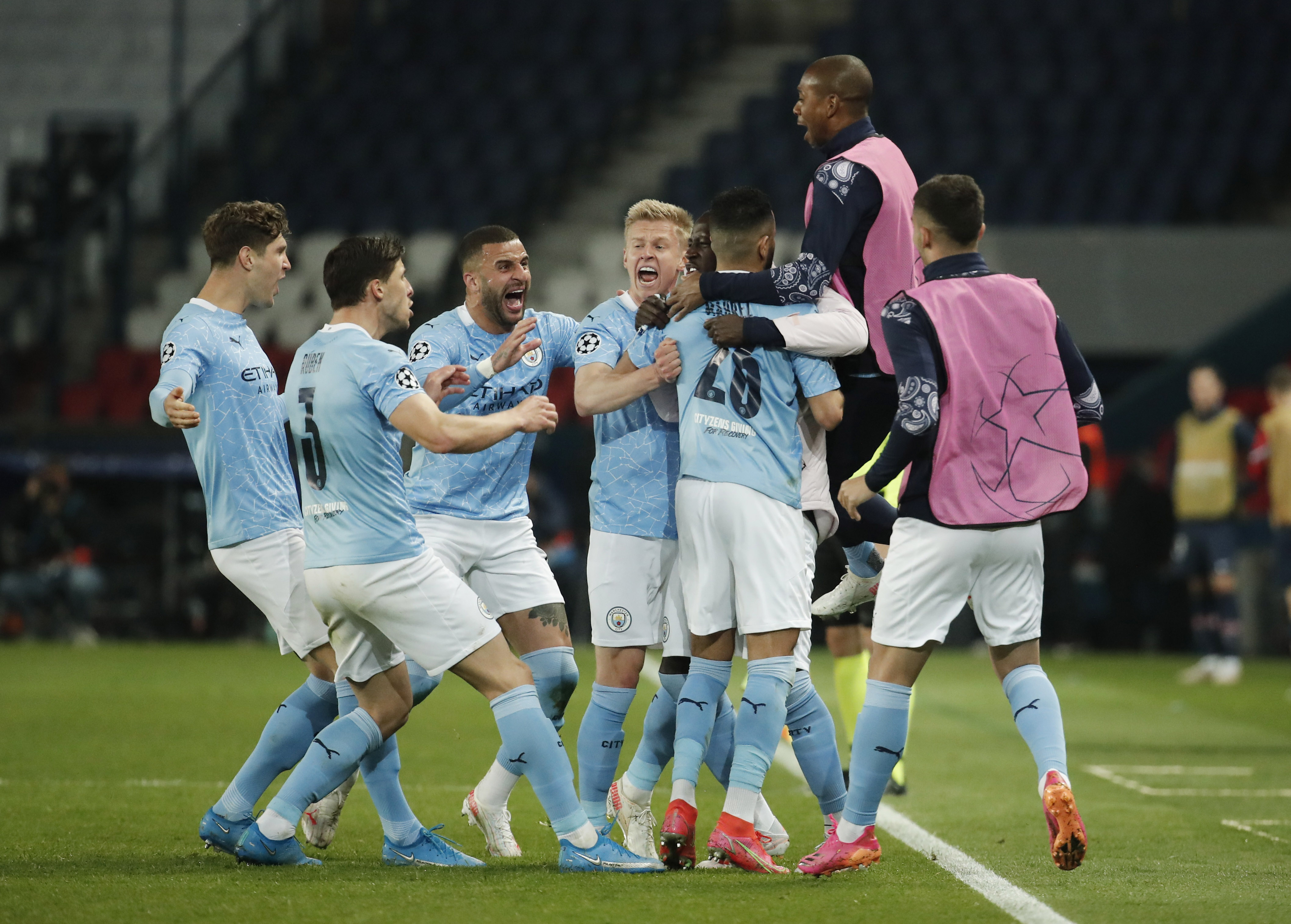 And for the rest of the game, City just tormented PSG and made them look like an average Premier League side.

As referee Felix Brych blew the final whistle, Pochettino and his wounded troops will have been pleased to get off the pitch with only a 2-1 loss.

And then tells you everything you need to know about one of the best results in City’s history.

Uefa and their tournaments have never been a popular subject for the club’s fans. But maybe that is about to change.

Equally, this 90-minute of pure, brilliant, outstanding European football was a reminder that the Champions League can be bloody good competition.

And it proved beyond doubt the stupidity of City’s owners for wanting a breakaway European Super League.