But what about his kill-death ratio in Call of Duty: Warzone?

Sherman teamed up with the Seattle Surge of the professional Call of Duty League on Thursday, as the league has transitioned in its first year from a live, tournament style to remote competition because of the coronavirus pandemic.

Doing that includes broadcasting practice time — "free play" — during the week. To draw eyeballs, NBA (Paul George, for example) and NFL players, such as Sherman, joined the streams. The Super Bowl champ seemed excited, although his play could have been better.

That's just a small part of the new realities pro Call of Duty teams face these days. Instead of training together and competing in front of crowds as one group, the pandemic has forced everyone into their homes.

The league tested server latency and player's "ping" (the lag time it takes for their actions on the controller to appear on the screen) for nearly a month to make the possibility of holding online matches a reality, much like their sister-league, Overwatch, did. The Florida Mutineers won the first online weekend tournament, but it wasn't all smooth sailing.

"I feel like a big part of this weekend was basically not tilting over the (lag) delays," Bradley "Frosty" Bergstrom said.

The league worked hard to make sure the technical difficulties from Friday didn't persist over the weekend, and the lagging and glitching improved over the next two days.

"To deliver the experience for our fans in a new way, but preserve so much of the excitement, the intensity, the competition and leverage technology in order to stand up the remainder of our regular season is really special for us and makes it even better to know that our players can compete even under these types of circumstances," CDL commissioner Johanna Faries said. 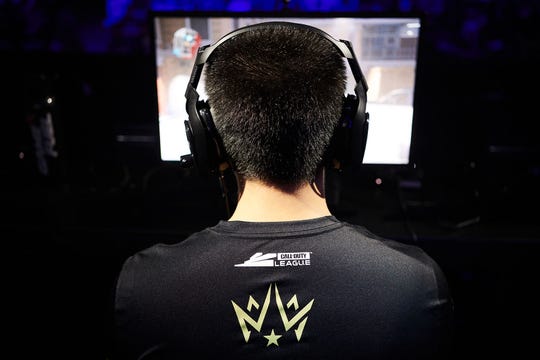 Another challenge for players was simply playing in an unusual spot — their houses or apartments. While the general public enjoys gaming from the comforts of home, it's a little different for the pros.

“I know a big adjustment for me was waking up in my own home, being on my own schedule, trying to mentally prepare for an event," said Bergstrom, who admitted the Mutineers came out flat Friday. "It was super hard for me."

"It almost feels like any other day, but it’s this big event you’re playing in," said Colt "Havok" McLendon. "But for me, it was also kind of easy, because it is playing from home, which is easier for a lot of people. Just the comfortability of that is not that hard to adjust to. It really is making sure that you know it is a serious tournament still."

Snapping out of the daze of being home and realizing it isn't a scrimmage proved most difficult for Maurice "Fero" Henriquez.

"The online format felt really weird at first, but like once we lost to Toronto, something snapped in my head like ‘Holy, this is a tournament, bro. We got to wake up,' " he said.

But Henriquez only sees things getting easier for the players the more they play from home.

The Call of Duty League will play its next online tournament from April . All matches are streamed on YouTube.