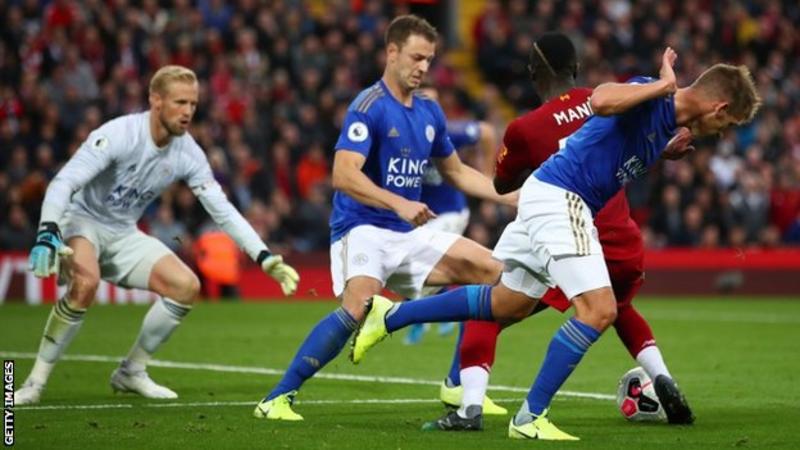 But Mane was then fouled and James Milner, who made the opener, held his nerve to slot in the spot-kick and give the Reds a 2-1 victory, sending them eight points clear of Manchester City, who play on Sunday.

Spurs were hoping to bounce back from their humiliating 7-2 Champions League defeat by Bayern Munich in midweek, but goalkeeper Hugo Lloris gifted Neal Maupay an early opener at Brighton, suffering a serious injury in the process.

Striker Aaron Connolly, 19, then scored in each half on his first Premier League start to seal a 3-0 victory and give Brighton their first win since the opening day.

Burnley went fourth in the table by winning 1-0 at home to 10-man Everton. Jeff Hendrick scored the second-half winner with a brilliant volley from a corner, 16 minutes after Toffees defender Seamus Coleman was sent off for a second booking.

Summer signing Wesley doubled his Aston Villa goal tally in the space of 16 first-half minutes, with the Brazilian striker scoring twice in a 5-1 win at Norwich City.

Jack Grealish, Conor Hourihane and substitute Douglas Luiz then scored after the break to complete the rout, giving Villa just their second league victory of the season.

Struggling Watford remain without a Premier League win this season after being held to a 0-0 draw at home by Sheffield United.

West Ham have a London derby at home to Crystal Palace at 17:30 BST, before four games on Sunday.