TOTTENHAM’S home game with Manchester United will be part of a Friday night double-header to mark the first full weekend of the Prem restart.

The fixture list for the open three rounds of games is set to be confirmed by League chiefs on Friday – the rest of the fixtures will be announced at a later date. 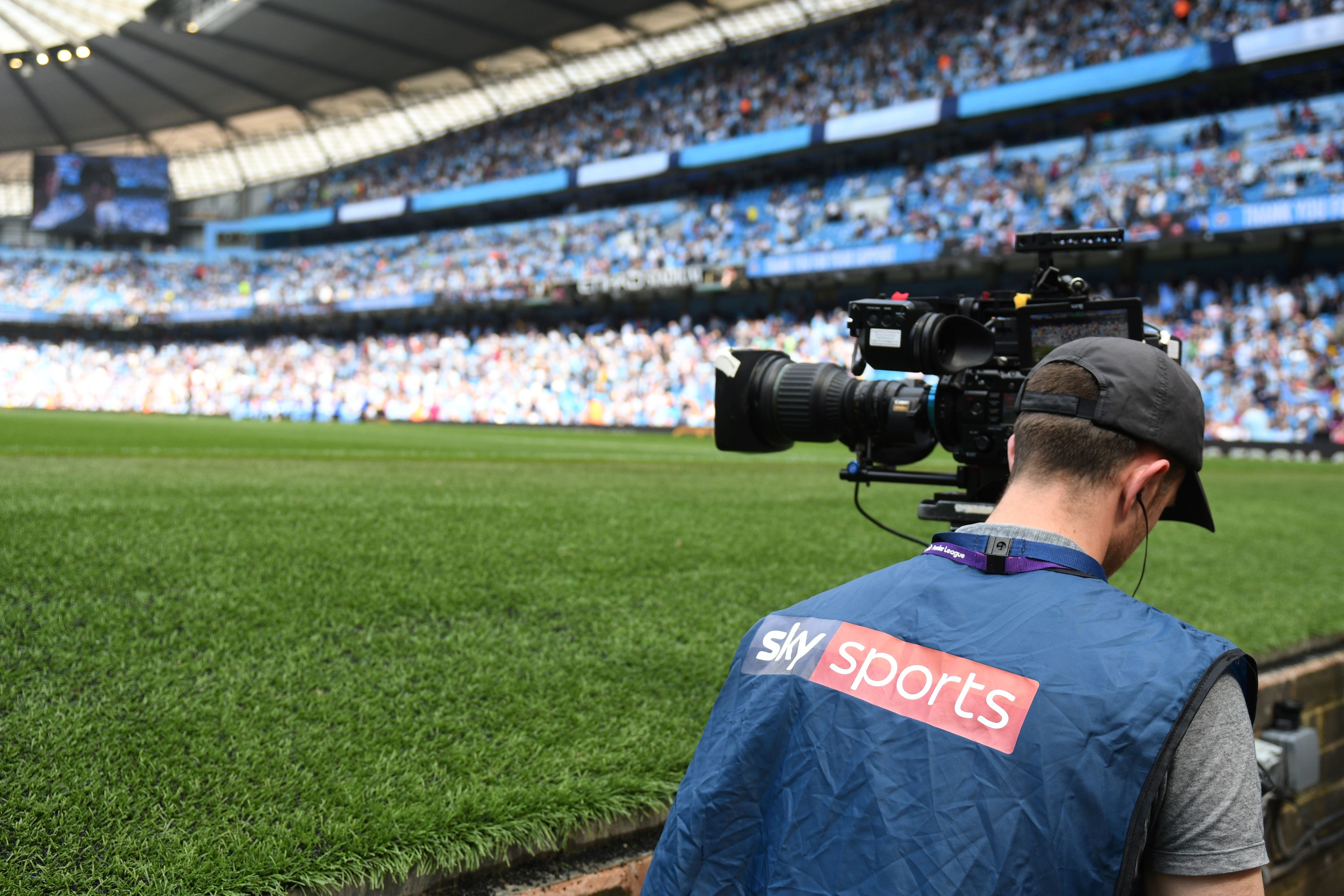 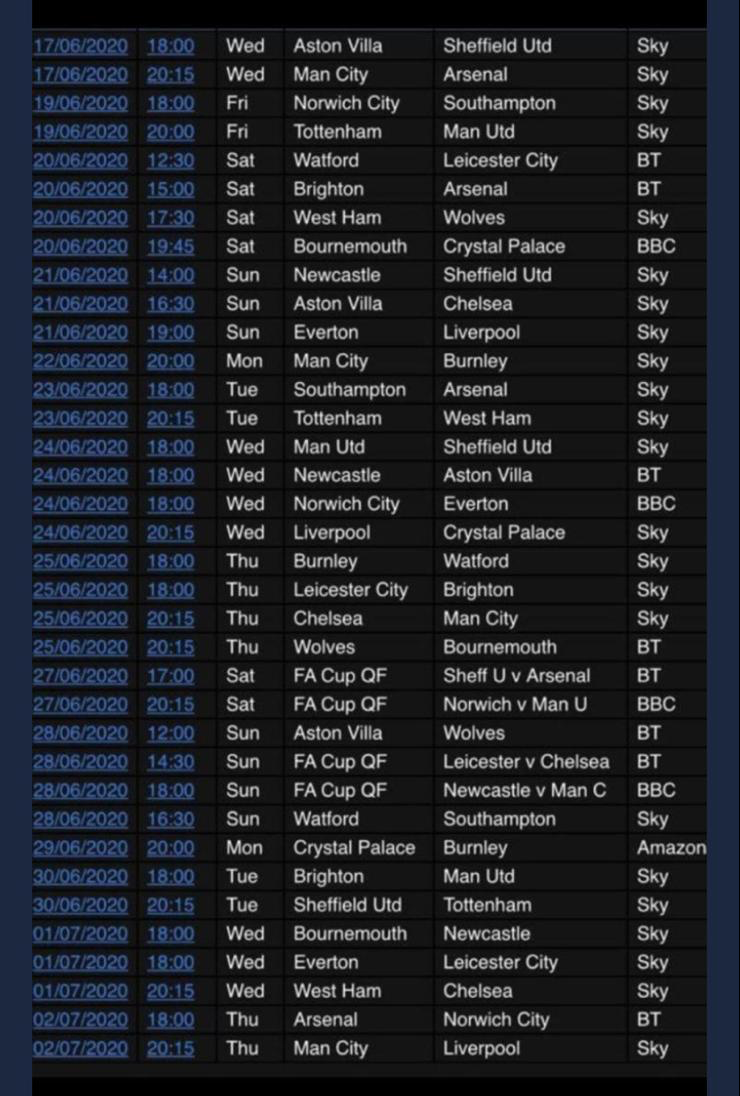 But the provisional set of fixtures, including the four FA Cup quarter-finals, shows Sky will screen the first FOUR matches after the June 17 restart – with a total of 36 games broadcast in the space of just 16 days.

As expected, Aston Villa’s game against Sheffield United at 6pm on June 17, will be followed by Manchester City’s match against Arsenal, kicking off at 8.15pm.

But two days later, the clash between Jose Mourinho’s current and former teams will be the main event on Sky Sports after Norwich meet Southampton in a 6pm curtain raiser.

Liverpool’s Merseyside derby at Everton, which could see them clinch their first title since 1990, will be played at 7pm on Sunday June 21, free to air via Sky platforms.

The BBC’s opener of their set of games will see Bournemouth meet Crystal Palace at 7.45pm on June 20, the first Prem match screened live on terrestrial TV.

And while the opening full weekend will be completed by Manchester City meeting Burnley on Monday June 21, that will tee up an instant midweek fixture list including the London derby between Spurs and West Ham, Liverpool facing Palace in another potential title-lifter and City travelling to Chelsea.

The following weekend will see a mixed programme, with just three Prem games plus the four FA Cup ties, starting with Arsenal visiting Bramall Lane at tea-time on Saturday June 27 and completed with Palace hosting Burnly in the first of the four Amazon-screen Prem games on the Monday evening.

But that means a subsequent seven-match midweek list to catch up the outstanding games, with the first raft of matches completed by the clash between City and Liverpool on Thursday July 2.

Prem bosses acknowledged the provisional list, although it is suggested that “four to six” matches might be switched for scheduling reasons by the time the games are confirmed.