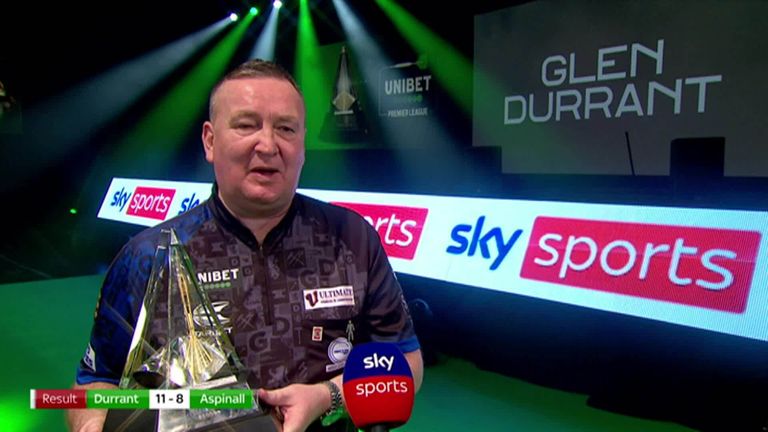 Glen Durrant’s arrival in the PDC last year prompted cynics to question whether the three-time BDO world champion had the ability to compete. On Thursday night, after a brilliant 18 months, everyone, including Duzza himself, had the answer.

Not that anyone else needed it, but Durrant’s win over Nathan Aspinall to become the sixth man to win the Premier League, underlined the belief that not only does he belong in the massed ranks of the professionals, he is here to compete.

It’s difficult to think of anyone a title could mean more to.

“I feel very proud, that’s the word I would use,” he said after picking up his first major televised title.

“I came with a reputation, I can with scrutiny on me but it’s about a man who played county, who played Superleague and is now a three-time Lakeside world champion and Premier League champion.” 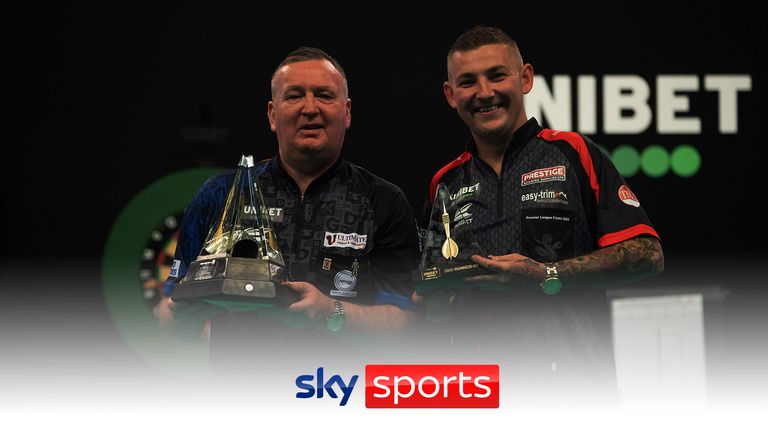 Congratulations @Duzza180 To top the premier league and then win the play offs is a great achievement. Full credit. 🍾🍾🍾

Those were his own words in the small media conference that took place afterwards as he refused to let go of the Premier League trophy that’s the culmination of a whirlwind rise though the PDC ranks.

Duzza’s victory over Nathan Aspinall in the final followed a typically battling victory over Gary Anderson in the semi-final – fighting back from 9-7 to beat the Scot via some nerveless finishing to seal his place in the final where he won the key moments to enjoy what he described afterwards as the best moment of his career.

Having given up his job to finally take the plunge as a professional in January 2019, Durrant had to take his chance in Q-School, where he only secured his card on the final day after a run to the quarter-final gave him a one of the cards available via the Order of Merit.

He wasted little time in making his mark on the Pro Tour – two finals and one title within his first four events was a sign of things to come. Nearly two years on he has risen to 13th in the world rankings and made four major televised semi-finals, finally ending the run of defeats in the last four on Thursday night.

How it started How it’s going pic.twitter.com/W2elfAFQ3B 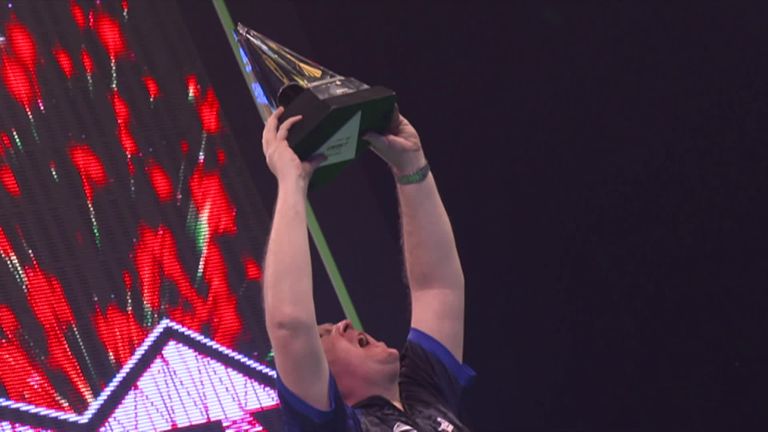 In any sport a league campaign is a strong barometer of quality, prove yourself a winner week-after-week, or in this year’s rather unique circumstances, day-after-day for 10 days in Milton Keynes.

Whether it was six cities in the opening six nights, or the 10 evenings of action in Milton Keynes, or on finals night in Coventry, Durrant showed it and he did it his way.

Duzza lost just three games, fought back from the brink of defeat on countless occasions and was never outside of the top two. He joined Phil Taylor and Michael van Gerwen as the only men to top the table at the end of the regular season.

He followed it with the title, taking his earning for the event to £275,000 – just under £40,000 shy of his ranking money total since securing his tour card.

“This is a special, special moment. I am over the moon, in six months time no one will remember the night, my name will be on the trophy.

“The whole PL has been about me digging in. Being 6-4 down and getting a draw, being 5-3 down and winning 7-5. And I was 9-7 down against Gary, I was thinking is this another fight back story.

“I’ve beaten the best players in the world and no one is going to take this away from me.” 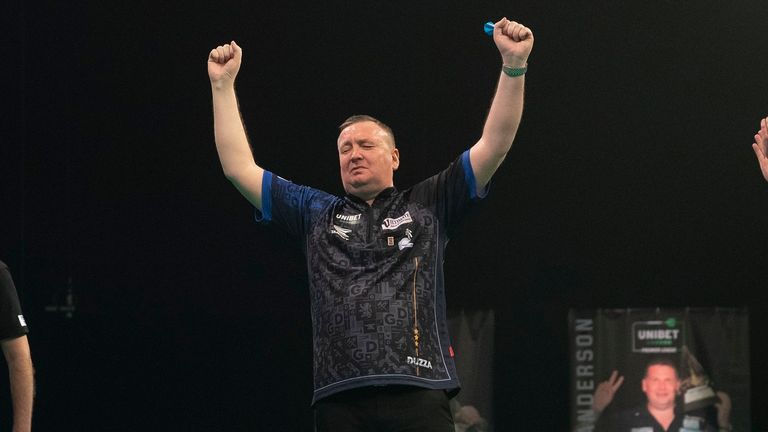 In truth the cynics were few and far between, there is no luck in winning three Lakeside world titles, and perhaps it was himself he was trying to convince.

It was easy to lose count of the number of times he said how he was determined to prove his worth, but also growing in belief along the way. On Premier League opening night in Aberdeen he said he would be happy to take eighth place and avoid elimination.

Thirty-six weeks on, rather than the regulation 16, in perhaps the sport’s toughest tournament to win, the 2020 version of the Premier League has perhaps its toughest competitor as its champion as Sky Sports expert Wayne Mardle outlined.

“Glen finds a way to not get beaten, he did it all the way through the Premier League – he was only out of the top two for one week,” he said.

“He’s difficult to beat, he puts 100 per cent of effort in and just watching him on the stage he’s enjoying this moment.

“It’s testament to his consistency, to him as a human being as well. You’ve got to hang around and be a pest, you’ve got to win the big moments and he did this in the semi-final and final.

“There’s no way that’s anywhere near his A-game but like John Part said, there were some A-Game darts at the back of that.” 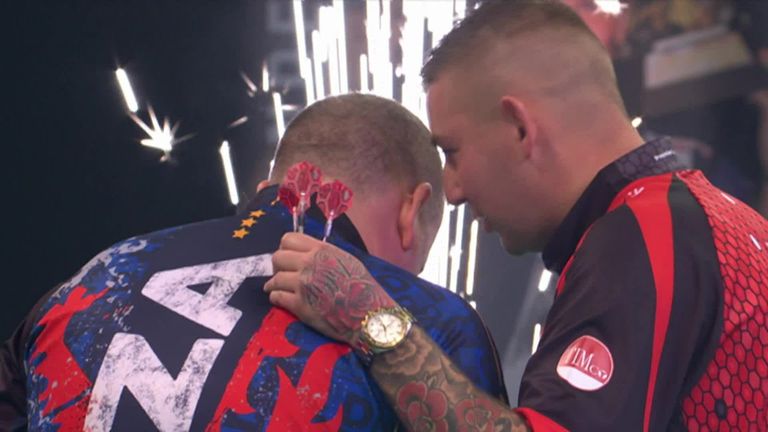 After a quick dash to KFC, Durrant was in bed gearing up for a 4am wake-up call and a 7am flight to Germany for the European Darts Grand Prix.

Fittingly for Duzza, a man who feels he needs to win to keep proving people wrong, the title and a rise up the European Tour Order of Merit were on the mind despite becoming the PDC’s newest champion.

However, there is an even bigger title on the horizon.

“Winning this is the equivalent of the World Matchplay for me but there is one thing left. I have made it clear that I am a three-time Lakeside world champion,

“The only thing left on my darting CV is to be the PDC world champion.”

A world champion desperate for another world title – it sums up Durrant, a man for whom finishing has been the reason behind his success, ironically he’s not finished yet.

Darts is back on Sky Sports in November with a double bill, starting with three days of coverage from the World Cup of Darts (Nov 6-8) and continuing with nine days of the Grand Slam of Darts which gets underway on November 16