THE Premier League has once again been hit by a spate of pitch invaders today – as the threat to players continues to spiral out of control.

Last Sunday, Jack Grealish was attacked by a Birmingham-supporting thug during their massive derby clash with Aston Villa. 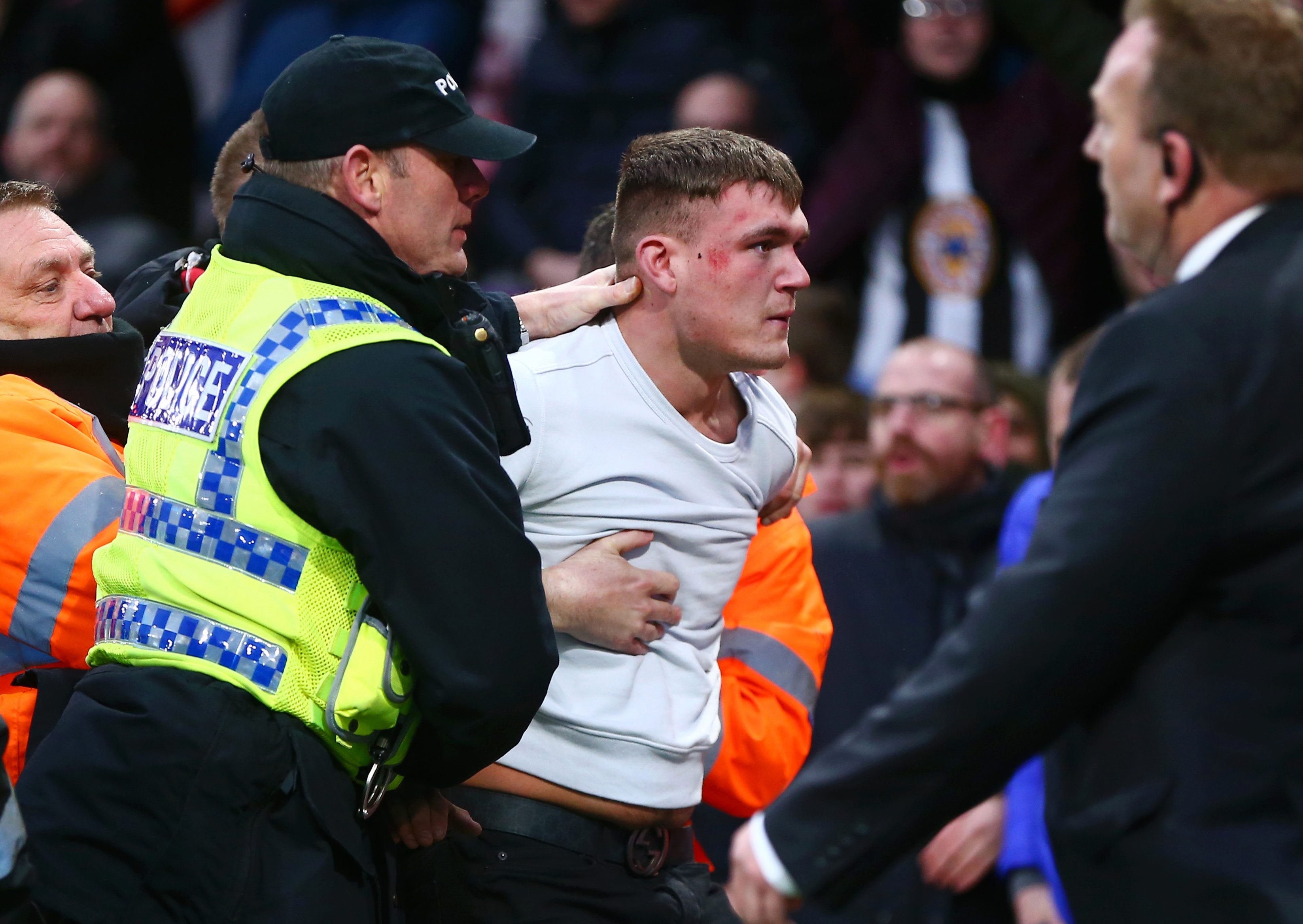 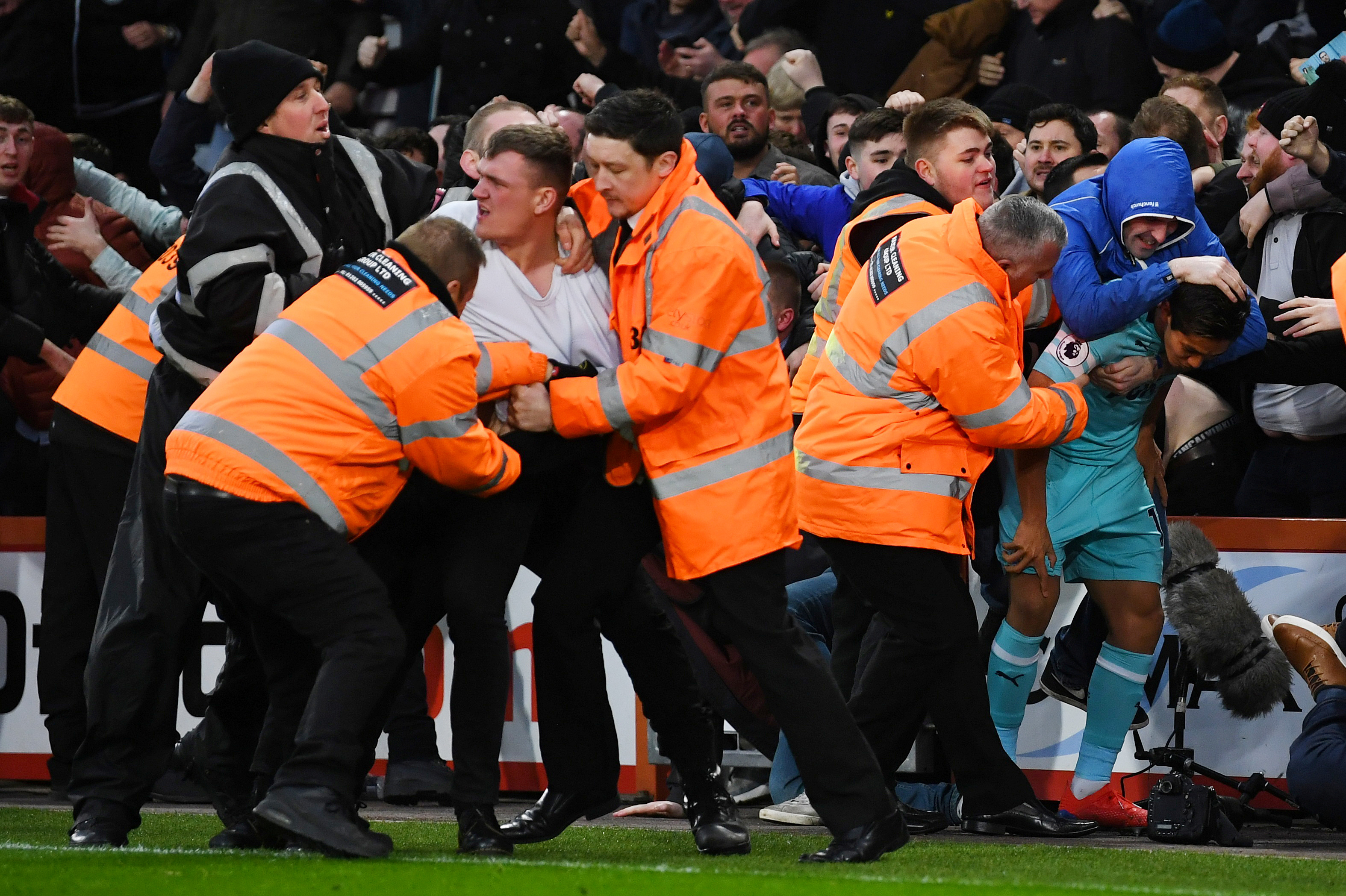 An Aston Villa fan then charged on to the pitch during their win away to Nottingham Forest.

And today, the top-flight was plagued by a number of pitch-invading supporters across the country.

Bournemouth's Vitality Stadium appeared to be the worst-affected, as fans charged at players following Matt Ritchie's last-gasp equaliser on the south coast. 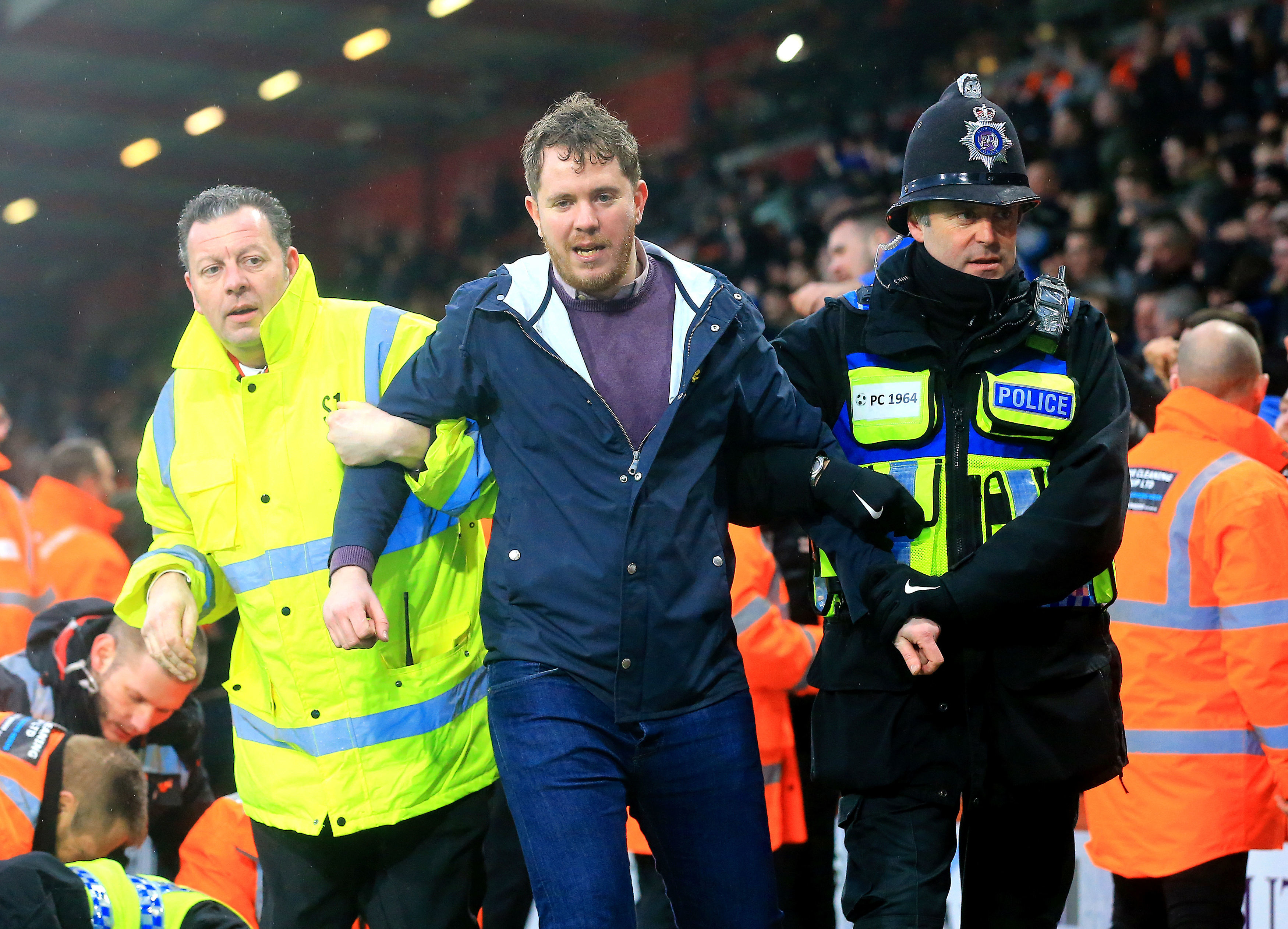 But a West Ham fan was also guilty of encroaching the field of play after the Hammers masterminded an incredible comeback at home to Huddersfield.

Manuel Pellegrini's men were trailing 3-1, only to storm back to win 4-3, sending fans wild – and one supporter a little too wild.

Stewards at Bournemouth's 2-2 draw with Newcastle desperately struggled to contain some of the Toon faithful – with one fan appearing to have badly grazed the side of his face in the scuffle.

Others were pinned to the ground and tackled by orange-coated staff as they celebrated the late leveller. 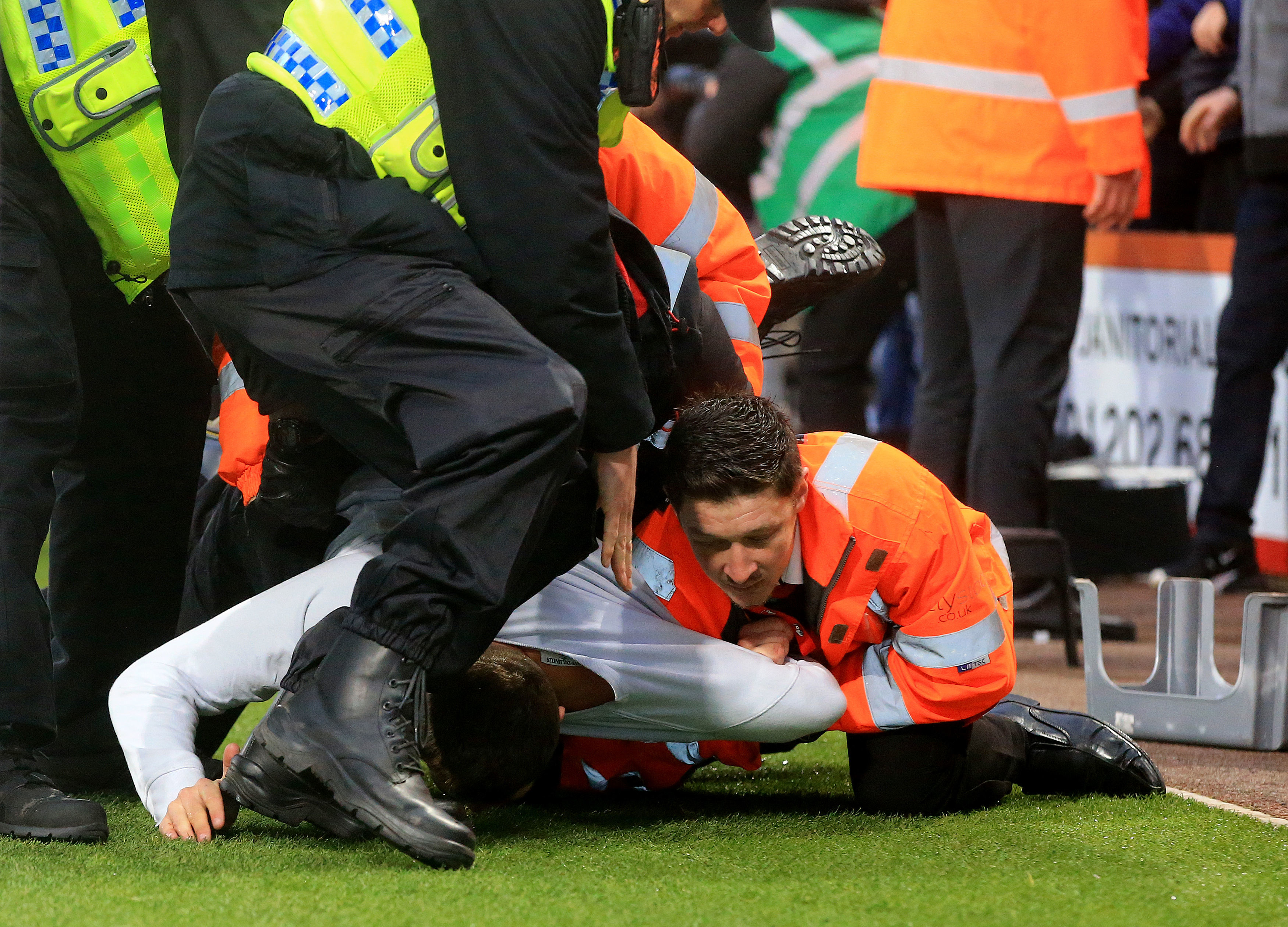 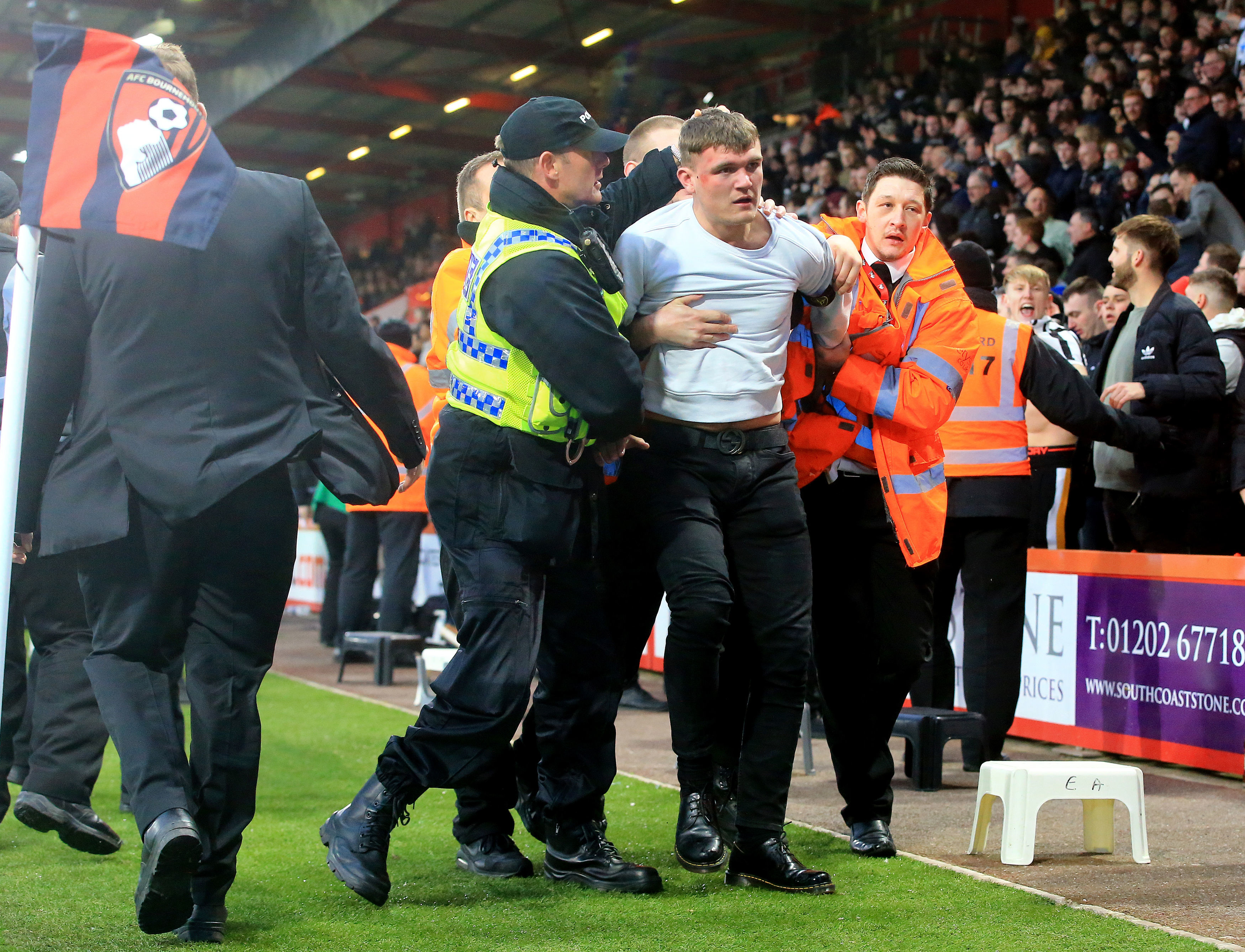 Some fans were even hauled away by police after getting a little too close to the action.

For now it would appear no players were attacked, unlike last week's sour scenes.

However, the continuing trend of over-eager fans racing on to the pitch is becoming a real problem across the country.