A last gasp goal kept Palestine in the Asian Cup on Tuesday – even if they weren't the ones who scored it.

Palestine's exhausted players sank to their knees when the full-time whistle sounded at the end of Tuesday's 0-0 draw with Jordan – but a goal scored 170km away dramatically extended their involvement in the Asian Cup.

Coach Noureddine Ould Ali's side would have guaranteed a spot in the last 16 with victory but once more came up short in front of goal and were staring at the exit. 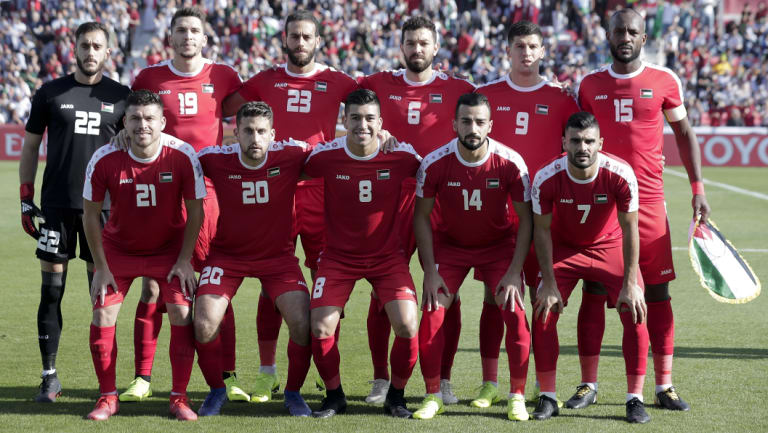 However, Syria conceding in injury time to lose 3-2 to Australia lifted Palestine off the bottom of Group B and gave the team the chance of progressing as one of the four best third-placed sides.

As news of Tom Rogic's winner for the Socceroos came through in the stadium, the Palestine fans in Abu Dhabi's Mohammed bin Zayed Stadium erupted in delight.

While Palestine have improved greatly on their debut performance from four years ago, the blank against Jordan was their third failure to score in succession in the UAE after a goalless draw with Syria and 3-0 humbling by Australia.

Palestine's destiny now lies in Vietnam against Yemen and Kyrgyzstan against the Philippines on Wednesday, and Oman against Turkmenistan and Lebanon v North Korea on Thursday.

Any two draws will send them through, three or more victories – regardless of for whom – sends them home.

"If we're lucky we'll qualify, we'll be ready for that," Ould Ali said.

"If we've no chance it will be hard luck for our team and we'll congratulate the qualified teams."