It was the first time in his Gunners career that the 31-year-old has failed to do so in a home game at the Emirates. 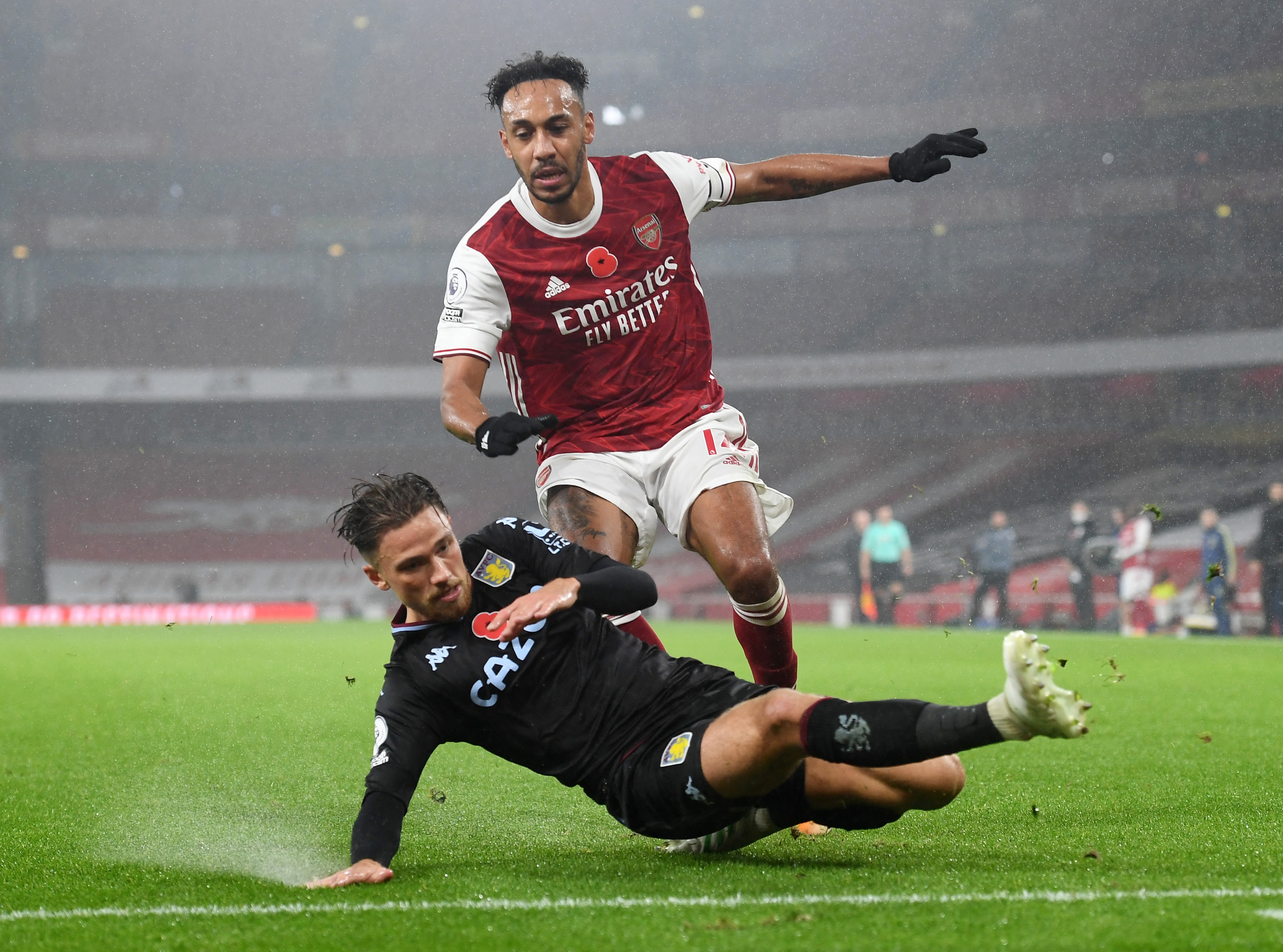 Aubameyang, like most of his team-mates, looked well off the pace as Villa ran out easy 3-0 winners.

The Gabon international once again started out wide with Alexandre Lacazette central up front.

But when the French forward was substituted in the second half, Aubameyang was moved to his move favoured role through the middle.

But it didn't make any difference as he was comfortably nullified by a resolute and resurgent Villa outfit.

The Gunners dropped to 11th place a week after winning at Manchester United.

Villa thought they had opened the scoring with just 48 seconds on the clock as John McGinn brilliantly lashed home from inside the box.

The goal was eventually ruled out, however, after a lengthy VAR check deemed Ross Barkley had been stood offside and blocked goalkeeper Bernd Leno's view of the strike. 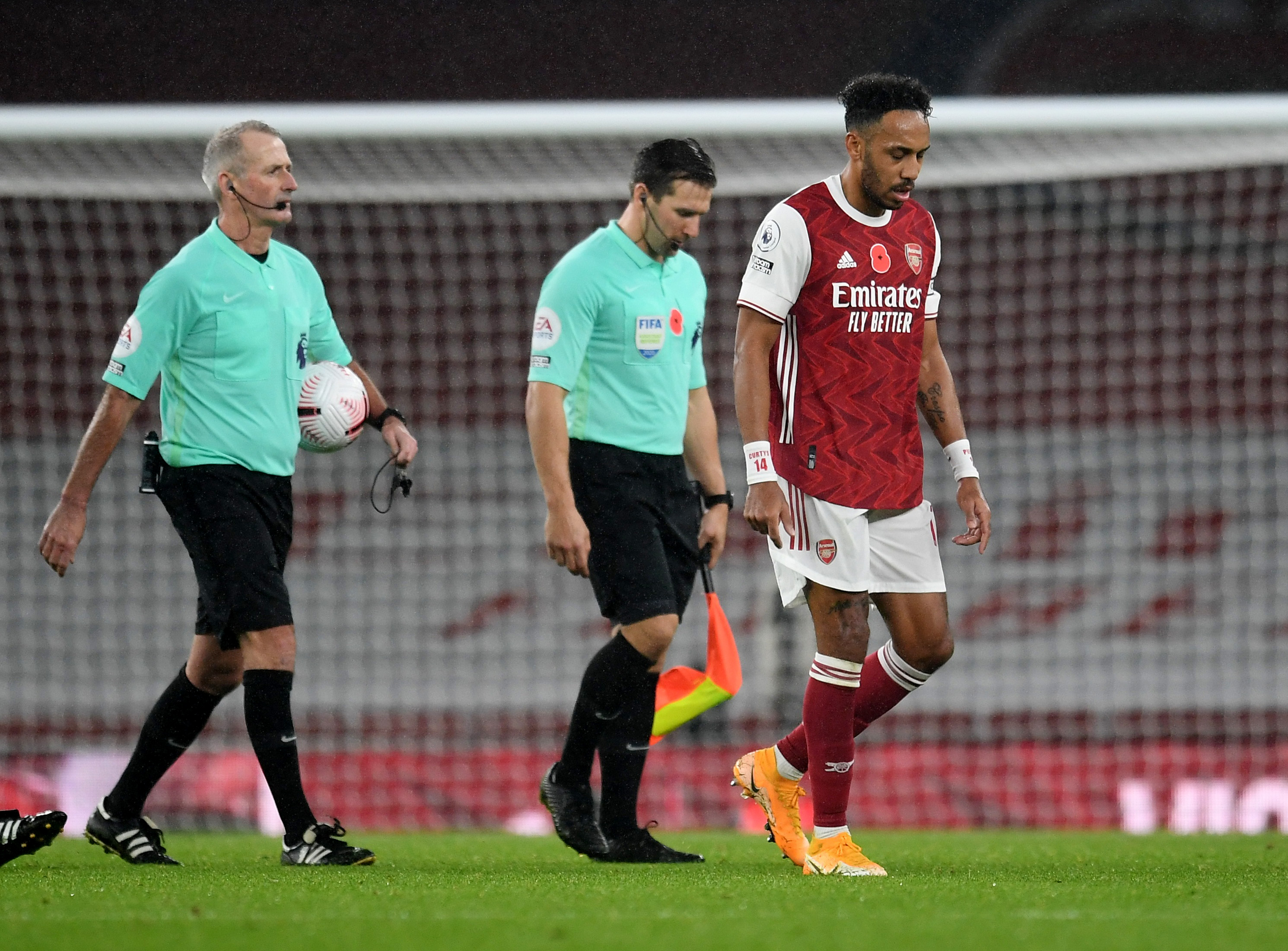 Arsenal was struggling to keep things tight at the back and Villa took the lead after Jack Grealish and Barkley combined to free Matt Targett.

His low cross was turned into his own net at the back post by Saka.

The hosts continued to toil, unable to test their former keeper Emi Martinez before the interval as Lacazette headed Tierney's cross over the bar from seven yards out.

Arsenal's task was made harder when they had to take Thomas Partey off at half-time with a thigh injury.

Villa killed off the game in a scintillating three-minute spell.

Douglas Luiz's fine pass picked out Barkley, whose cross was headed in by Watkins from close range in the 72nd minute.

It could have been worse for the hosts had Dani Ceballos not been in the right place to clear Grealish's strike off the line.

But it would prove only a short respite as Watkins finished coolly past Leno after more good work from Grealish.