For all the drama that has dominated golf in the past 12 months, beginning with Tiger Woods’s car crash and extending into an existential power struggle, a raucous Ryder Cup and a gimmicky feud, the true peak of absurdity arrived on a Sunday afternoon in May.

There was, to put it bluntly, no precedent whatsoever for Phil Mickelson’s performance at the PGA Championship. The 50-year-old’s form had waned into a wretched state and he’d openly admitted that the sanctuary of the seniors’ tour beckoned. The behemoth Ocean Course at Kiawah Island was supposed to favour the relentless and musclebound, like Rory McIlroy or Brooks Koepka. In holding off the latter to become the oldest major champion in golf history, Mickelson warped the seams of logic.

For one of golf’s cult figures and true greats, it will last as the pinnacle and, in all likelihood, remain the perfect send-off. The week where, as the winds buffeted the east coast, Mickelson held back the tides of time and withstood a fierce new generation. Of course, they could only be denied for so long. Into the vast void left by Woods’s absence, they wrestled for supremacy and two, at least for the time being, elevated themselves above the pack.

A few weeks after Mickelson’s astonishing victory, Jon Rahm stormed to a virtually insurmountable six-shot lead at the Memorial Tournament only to be forced to withdraw when he tested positive for Covid-19. In his next appearance, at the US Open, even an inspired Louis Oosthuizen couldn’t stop the Spaniard’s assault on history. Trailing on the 17th tee, Rahm holed two momentous putts of a combined 43ft to seal the first major of his career. It was an immense, chest-pumping finish and the sort of moment Rahm has proven to live for.

Collin Morikawa has revelled in the eye of that storm, too, but in an entirely different manner. The 24-year-old plotted a route around Royal St George’s with nerveless and methodical precision to lift the Claret Jug, becoming the first player since 1926 to win two majors in his first eight starts. A bogey-free final round of 66 told of the American’s immeasurable composure and, although his sense of calm might not attract starry headlines, he is for now at least clearly the best player hailing from the other side of the Atlantic. 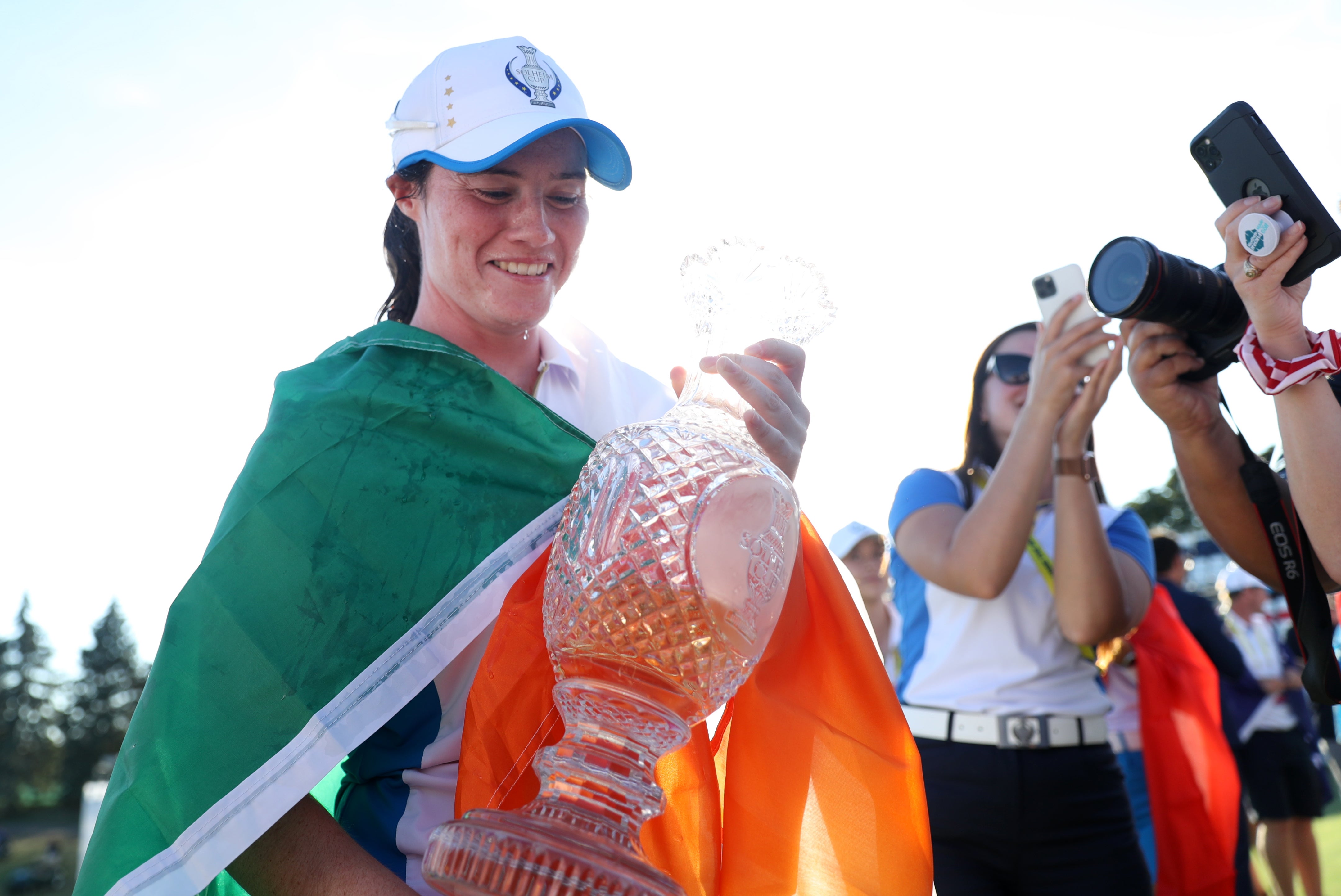 Instead, throughout the year, it was Koepka and Bryson DeChambeau’s constant bickering that garnered much of the media’s interest. That it took on such an increased focus ahead of the Ryder Cup, though, told of the weighted advantage in the US’s favour. Their strength and depth were so enormous that seemingly only their own self-destruction could halt a procession. The pin on that grenade was never pulled and their blistering 19-9 victory was resounding and humiliating, consolidating a new generation that reveres Woods and Mickelson as idols rather than rivals.

The same could hardly be said of the Solheim Cup, though. Nelly Korda might have established herself as the new face of the women’s game, with a maiden major at the PGA Championship quickly followed by Olympic gold, breaking the South Korean stranglehold on the world No 1 ranking, but Europe laid siege to Inverness Golf Club in thrilling fashion in September. Anna Nordqvist led from the front, having become the first European woman to win a major championship in three different decades, but it was Ireland’s Leona Maguire whose relentless rise took on a new pace, winning four-and-a-half points from a possible five to add another shade of gold as captain Catriona Matthew’s legacy glimmers in its sunset.

But for a sport that, at least in the 21st century, has always felt hostage to its past, it is no surprise that the year’s end circled around the unshakeable figure of one man. Woods’s horrific high-speed accident in February inflicted such a catalogue of injuries, the 15-time major champion admitted only last month that amputation had “been on the table” at one point. Instead, in his first public appearance at the Hero World Challenge, that golf world was left in wonder at Woods’s gentle range session for the frenzied photographers. A few weeks later, his performance alongside son Charlie at the PNC Championship had the golf world fawning at his feet like days of old. A new generation has never been so pronounced and prevailing and yet, in Mickelson’s unexpected glory and Woods’s latest comeback, golf still remains in thrall to two of its greatest icons.