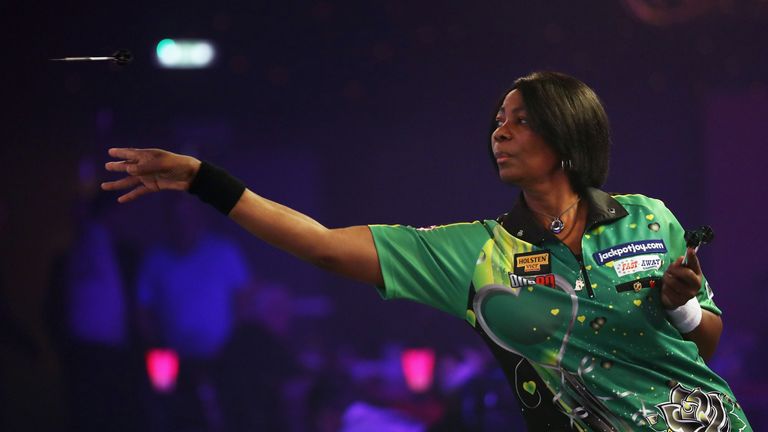 Lisa Ashton and Deta Hedman took the top two spots at the PDC Women’s Series, securing a place at the World Championship and denying Fallon Sherrock a return to Alexandra Palace.

A dramatic three days of women’s darts in Barnsley came down to the wire and Sherrock’s title in the final event of the weekend was not enough as Hedman edged her out by the smallest of margins, having won more legs across the four events.

Ashton, who took the Grand Slam of Darts place on offer in Friday’s event, won Sunday’s first event and followed up with a run to the semi-final where she was beaten by Sherrock, but that was enough for ‘The Lancashire Rose’ to top the Order of Merit.

Sherrock had beaten Hedman in the quarter-final, knowing a win was her best chance of forcing her way into the top two, but Hedman’s consistency ensured she will make her Ally Pally debut after one victory, one runner-up spot and a semi-final and quarter-final berth from the four events.

It is a fitting reward for Hedman, not only for her weekend’s work but for a lifetime in the sport, and she will now join Ashton in the 96-player field, becoming the sixth different women to feature in the PDC World Championship.