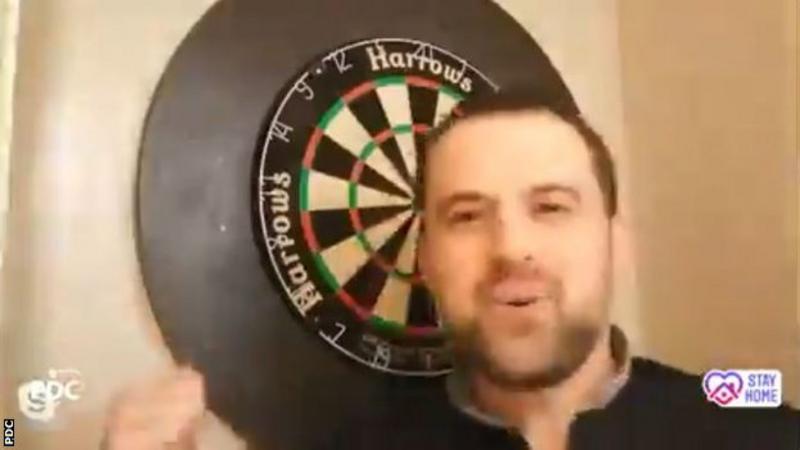 Darts fans were treated to a little slice of history on Saturday – the second night of a new event in which players compete in their own homes.

With the usual tournaments suspended amid a lockdown because of the coronavirus pandemic, the Professional Darts Corporation has launched a ‘Home Tour’.

Woodhouse later took on Austrian Rowby-John Rodriguez, who said he ‘heard’ Woodhouse’s achievement while he was on the toilet.

Amid lockdown restrictions, the Austrian said he needed permission from his neighbours in Vienna to play past 8pm.

Woodhouse topped the group by winning all three of his matches in the league format.

Each match is broadcast via video calls – filmed on a mobile phone on a tripod – on the PDC’s own TV channel and can be watched free by registered users.

Every player with a tour card has the chance to feature across 32 consecutive nights of the Home Tour.