Former world No.1 Naomi Osaka has won her first singles title since the Australian Open in January, beating Russia's Anastasia Pavlyuchenkova in the Toray Pan Pacific final in Japan.

Enjoying strong support from a parochial crowd, top seed Osaka dominated the match with her powerful groundstrokes to win 6-2 6-3 in Osaka on Sunday. 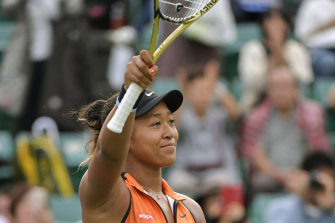 Naomi Osaka won her first title since January at home on Sunday.Credit:Kyodo News

She won back-to-back grand slam titles at the 2018 US Open and the Australian Open in January.