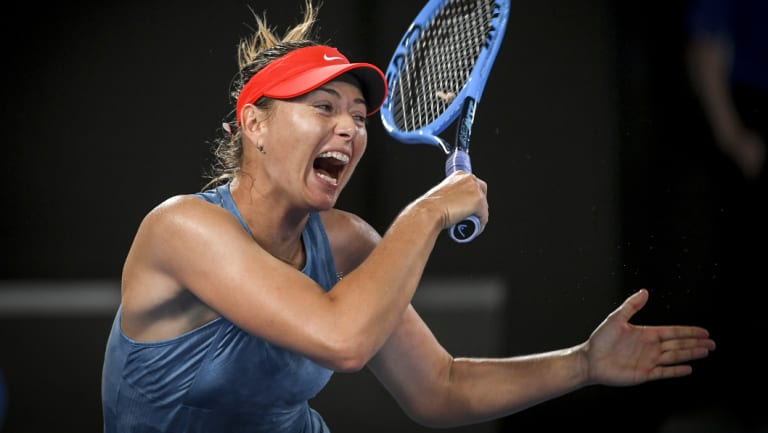 Maria Sharapova in action during her match against Caroline Wozniacki. Credit:Eddie Jim

Sharapova, seeded 30th, was delighted to reach the fourth round and a booking with Australia's Ash Barty.

"I thought the level was quite high. I knew I was going to get a tough match," Sharapova said of the win.

"It's no secret she loves this arena …. these are the types of matches I train for."