IT'S Newcastle's day in the sun on Saturday – not that the track has struggled for attention of late.

The 'Pitmen's Derby' is always a good watch and the card is well worth a study. Callum Jamieson takes a closer look. 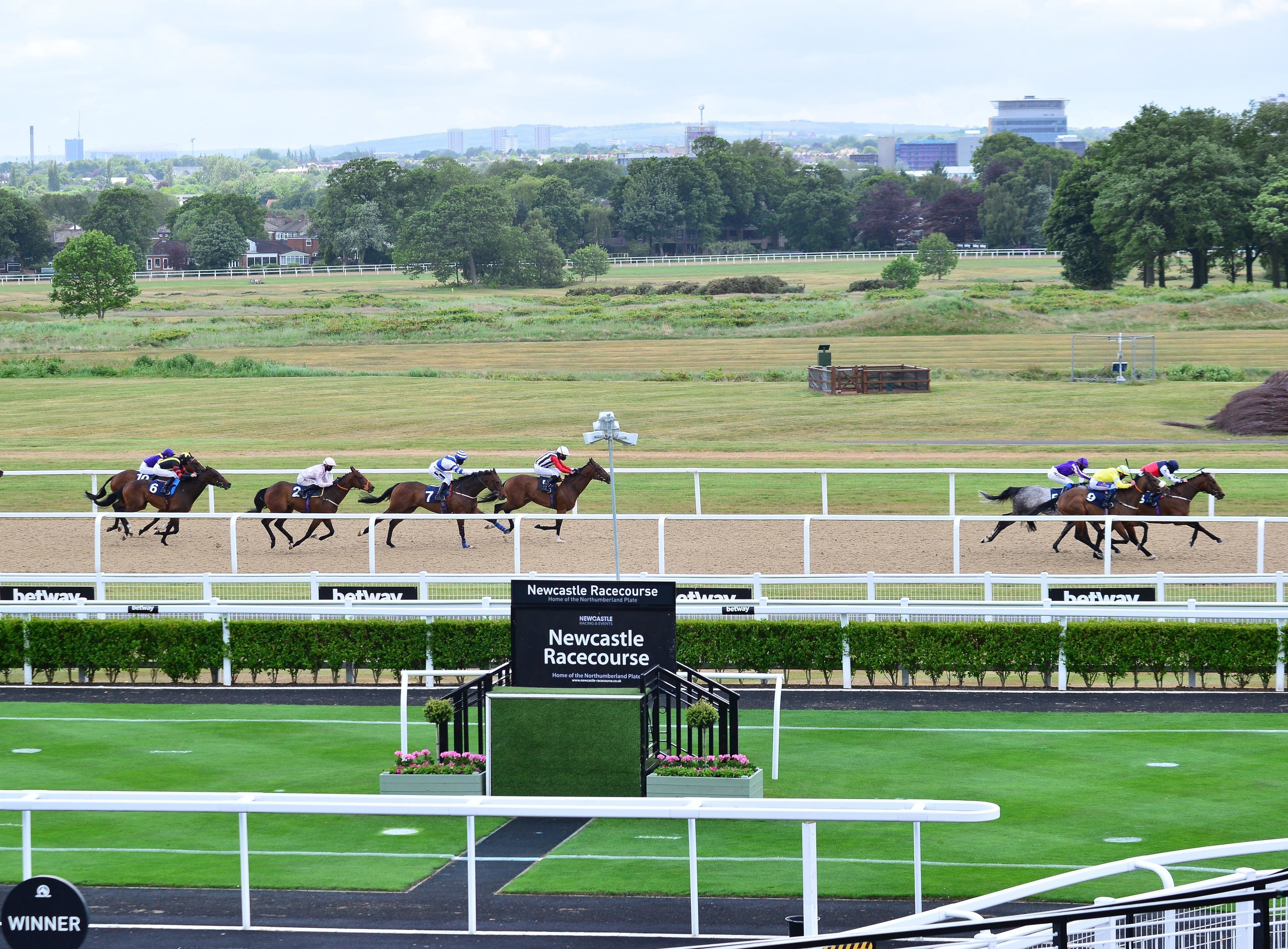 The Chipchase isn't a race I want to jump in head first into as a punter, but that said, it looks very hard to oppose the favourite here.

MUBAKKER was very impressive when winning over course and distance. That was only a handicap, but the form has held up and he looked by far and away the horse to take from that race.

He was impressive physically, and was pulled out of the Wokingham at Ascot last week. The all weather looks his cup of tea for now, and this is a very winnable Group 3 on paper.

Trainer Sir Michael Stoute continues to go well but there is a worry about where the pace comes from in the race.

Mubakker was held up off a good gallop last time and it suited perfectly. That's not guaranteed here and Newcastle is a track that tends to throw up tactical affairs.

I would not be steaming in on this jolly, but he's the likeliest winner by a good way.

A clear case can be made for Brando and Major Jumbo – the likely next to in the betting.

Out of the stablemates, I'd be with the latter. Brando is getting on a bit now and didn't shape with much promise on his first start this year. He was weak in the market though so could well come on for it.

Major Jumbo raced in lesser company, but can mix it in these waters and may well take the field along. He might just get an easy time of things, too.

Judicial is as admirable as they come, but I'm not sure this stiff six will suit too well.

Of the outsiders Harry's Bar and Shabaaby make some appeal.

A real old-school handicap here and it's as tight and competitive as you'd expect.

But one sticks out to me here and that's VENTUROUS from the David Barron stable.

Providing he's in good spirits after his run on Wednesday I have him down as a massive player in this.

He's a course and distance winner – and that was close to a career best – and is now only 2lbs higher than for that effort and only a further pound higher than his second in the consolation Stewards' Cup.

He ran a good second at Haydock on Wednesday, to a well-handicapped horse and is clearly ready to win. Hollie Doyle is a solid jockey booking too.

He looks a big old price here and the stronger the pace, the better. With Caspian Prince and Ornate in here, he should get that and some, too.

Magical Spirit is the progressive horse in here and rightly tops the betting. But he does have a 8lbs raise to deal with. He likely has more to offer, but I can watch with that raise and at the prices.

Lahore is on a big career high mark and has to prove he handles the all weather surface. I can leave him too.

El Hombre is always up to winning a race like this but prefers a turning track. Watch him in the market though – the yard tend to know when their horses like these will run a big one.

Outrage is one that goes well here and that can count for a lot. This is a deeper race than he's used to, but he looks on a decent enough mark.

For a Group 3, offering up valuable black-type to mares, this is a very poor renewal.

And it is very hard to oppose the jolly ALOE VERA. I would not be getting involved at the prices, she does have a long absence to defy and the form of her Goodwood win is far from rock solid.

But she won't need to improve on that markedly to be too good for these. Now four, she should kick on and trainer Ralph Beckett continues to be amongst the winners.

I think she'll win, but I'm happy to watch.

The danger is clearly Look Around, but she is far from convincing herself. She's found herself an easier opportunity than usual though, so if the favourite doesn't deliver she'll likely be the one to mop up.

Three-year-old Virgin Snow is unexposed and gets lumps of weight. She's one to watch in the betting off the back of her win at Haydock, even if that was off 82.

You can never rule out a William Haggas mare taking steps forward, but five-year-old Nkosikazi looks up against it in this.

A real puzzle to solve this year in the Northumberland Plate and I want two bullets to fire, if I may.

We'll begin with SMART CHAMPION who has very obvious claims. David Simcock is bubbling into some form and this horse was a fast finisher after been given plenty to do at Royal Ascot.

He's a couple of pounds higher for that but returns to a track he goes well at, and the longer straight will ensure we don't see a repeat of his run at the Royal Meeting.

He's a horse on the up and his mark could still be on the gentle side. He's 4lbs worse off with Carnwennan for a half-length victory here last time.

But Smart Champion has seemingly kicked on in his last few starts and has probably appreciated being taken away from the turning Kempton.

The other tickle is a bigger price in Gay Kelleway's COSMELLI – another horse that thrives at Newcastle.

He's dropped to a decent mark and has capable claimer George Rooke taking off a more than valuable 5lbs.

The likes of Australis, Caravan Of Hope and Collide all have very obvious cases and will have their supporters.

Of the more fancied runners, Alan King's Rainbow Dreamer would be the one I feared most. He progressed on the all-weather all winter and was far from disgraced in the re-routed Sagaro Stakes.

He'll need to be Group class to win this off 107, but that can't be ruled out.