MANCHESTER UNITED should prioritise resting players against Manchester City in their pursuit of a top-four finish, according to Gary Neville.

A tough run-in awaits the Red Devils and the ex-defender thinks sacrificing the derby may be their best hope – a plan derided by Jamie Carragher. 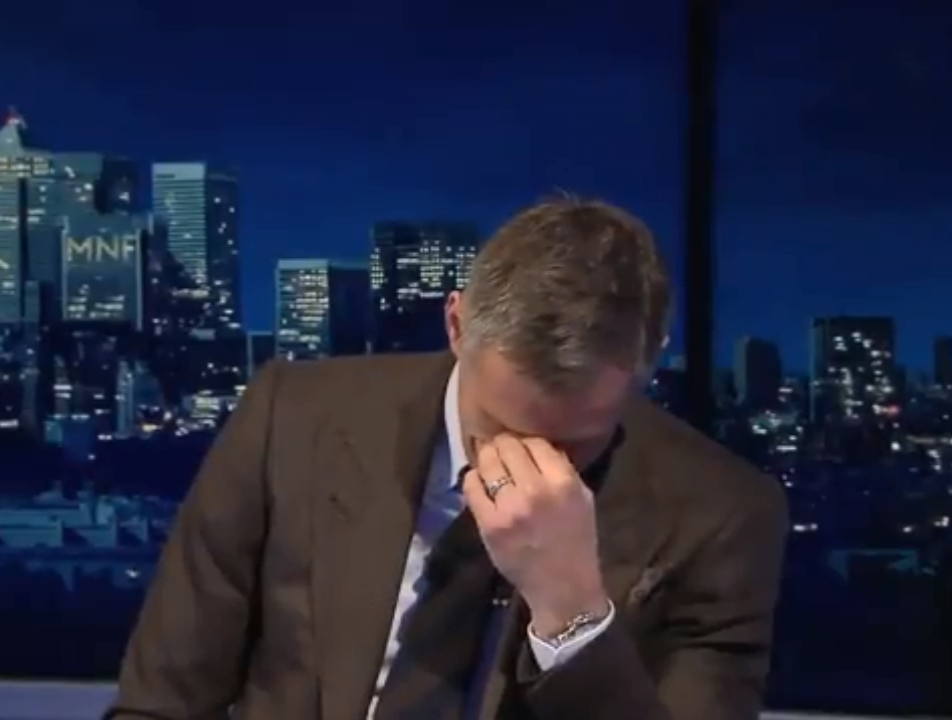 After facing Barcelona in the Champions League, United take on Everton, City and Chelsea in the space of eight days and Neville believes rotation is inevitable.

The Monday Night Football analyst said on last night's show: "Sunday away to Everton is the most winnable of the games.

"If they beat City but lose to Chelsea, they are still in and around the top four.

"If they lose to City but beat Chelsea, they are in the top four.

"Carragher's got his head in his hands here, but my point is: if they were to win against Everton on Sunday, the game to change players around a bit would be the City game."

Ole Gunnar Solskjaer was recently dealing with an injury crisis but Alexis Sanchez and Nemanja Matic's returning to the squad for Tuesday's game should ease his worries.

Nevertheless, Neville is confident that a win over Everton would allow some leeway for the midweek match at home to Pep Guardiola's City.

He continued: "That's not them going into the City game thinking they can lose the game, they have to win.

"But with four games in ten days, you can't play the same eleven players.

"My view would be that if they beat Everton on Sunday then make two or three changes against City, whilst still trying to get the result and win the game."

United, Everton, Sky Sports… they're all at it.

Carragher joked of a conspiracy to stop his former club Liverpool from winning the title, even claiming Sky Sports were in on it.

"United, Everton, Sky Sports – they're all at it."

With their final eight games of the season live on TV, former United star Neville made his pain at watching Liverpool and City's dominance clear.

He hilariously rebutted: "It's been Liverpool TV for the last month!"

Viewers enjoyed the pair debating the intricacies of the title race, commenting on social media about a cheeky wink Neville gave to camera when making his suggestion.