The Sydney Cricket and Sports Ground Trust has vowed to work closely with both the NRL and AFL to ease congestion concerns as it braces for one of the biggest crowds to swarm the Moore Park precinct in years.

The NRL will take up the fight to the AFL on the opening weekend of finals for both codes, scheduling top four blockbusters at both Allianz Stadium and Melbourne's AAMI Park. 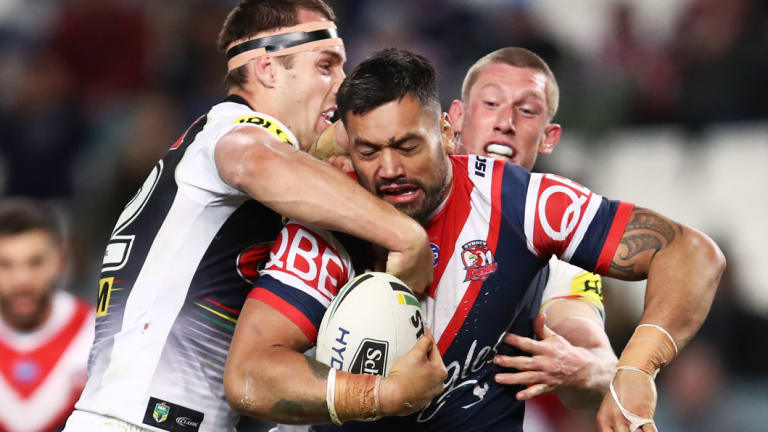 The Roosters and the Panthers will collide on Saturday night at Allianz Stadium.

Both will be played adjacent to AFL qualifiers at similar times.

But it's the expected 80,000 people tipped to flock to both Allianz Stadium and the Sydney Cricket Ground on Saturday night which could be the major headache for organisers, who are bracing for a sellout in the Swans-Giants final before the all-Sydney Roosters-Sharks showdown in the NRL.

The NRL had been forced to navigate a scheduling maze with concerns over short turnarounds, traffic mayhem in Sydney and Melbourne sporting precincts and the Wallabies' clash at Suncorp Stadium, which rendered the Broncos only capable of playing a home final on Sunday.

And then it had to wait until the final seconds of the last match of the regular season as the fifth-placed Panthers shaded the Broncos on the ladder after the sides finished equal on competition points as well as differential.

The Roosters mowed down Melbourne to win an unlikely minor premiership, meaning the Tricolours will play one of the last rugby league matches at Allianz Stadium before its razed for redevelopment.

The match will start shortly after the finish of the all-Sydney AFL affair, which has complicated the planning process.

It will have officials from both codes on high alert about the movement of crowds around Driver Avenue, with the AFL clash expected to draw close to the SCG's 46,000 capacity and up to 30,000 tipped to cram into Allianz Stadium for the Roosters-Sharks match.

"The SCG precinct will be busy with a massive weekend of finals footy in the NRL and AFL," a Trust spokesperson said. "The SCG Trust will work closely with the codes, the clubs and transport to manage the arrival and departure of fans to Allianz Stadium and SCG matches this weekend.

"We encourage fans to plan their trips to the precinct, take public transport and arrive early. We expect a capacity crowd at the SCG for the Sydney Swans' elimination final against the GWS Giants and strong attendances throughout the NRL finals series as rugby league farewells Allianz Stadium." 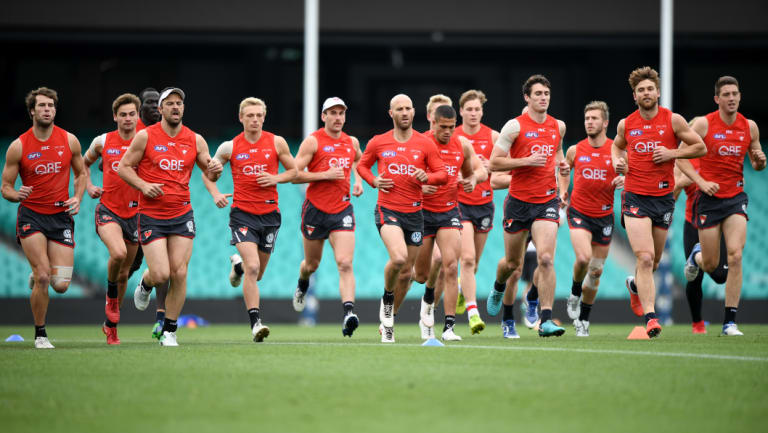 Sydney Swans train at the SCG, where they’ll host the Giants in the AFL finals on Saturday afternoon.

The situation will be replicated down south on Friday night with the Storm's clash against the Rabbitohs to be played next door to Melbourne and Geelong's elimination final at the MCG.

The NRL was keen to avoid having the Storm's final scheduled at the same time but were left with no choice after the Roosters finished the regular season on top and snatched the $100,000 first prize from the Storm.

The Panthers will play the Warriors at ANZ Stadium on Saturday evening in the first of the elimination finals before the Broncos host the Dragons in Brisbane on Sunday to round out the opening week.

All eight NRL finalists finished within an unprecedented two points of each other on the competition ladder, throwing up a multitude of week one permutations heading into the final round.

The Sharks and Broncos were slated to play on the final day of the regular season, ensuring the NRL could not schedule either to play on Friday night to open the series given the condensed recovery period.

And Cronulla, the form team in the competition, are well aware of the traffic trouble they could strike on Saturday night.

"We'll have to make sure our bus leaves pretty early because it's going to be chaos getting in there," Sharks co-captain Wade Graham said. "It will be a big game with a big crowd and a big event for Sydney with the AFL right next door."

Added Roosters utility Mitchell Aubusson: "I've played there a couple of times when there are doubleheaders and it's exciting. It will be no different this weekend with the precinct."