Rizwan (60no) showed admirable fight in challenging batting conditions as Stuart Broad (3-56) and James Anderson (3-48) added to their opening-day scalps – the tourists closing on 223-9.

Pakistan, 1-0 down in the series, began the day on 126-5 under lights and heavy cloud cover after bad weather had delayed the start of play until 12.30pm.

Babar Azam (47) was suitably circumspect outside off-stump, scoring 20 of the 29 runs eked out in the hour before lunch as England’s seamers initially struggled to bowl a consistent line.

The 25-year-old, who had been 25no overnight, looked odds-on to score 50 or more for the eighth time in his last 10 innings after the re-start only to be undone on 47 by a brilliant Stuart Broad delivery, which angled into him before moving away to take the edge. Broad came close to chiselling out Rizwan for 14 in his following over as wicketkeeper Jos Buttler, diving high to his left, got fingertips to a top-edged pull without clinging on.

England didn’t have to wait long for their seventh wicket, though, as Yasir Shah (five) drove loosely at Anderson and Shaheen Afridi failed to trouble the scorers in a 19-ball stay that ended in eventful fashion.

The 20-year-old has just enjoyed a stay of execution with the third umpire adjudging that an edge off Sam Curran had burst Joe Root’s hands at slip, when he was run out at the non-striker’s end by Dom Sibley’s throw from gully having been sent back by Rizwan. 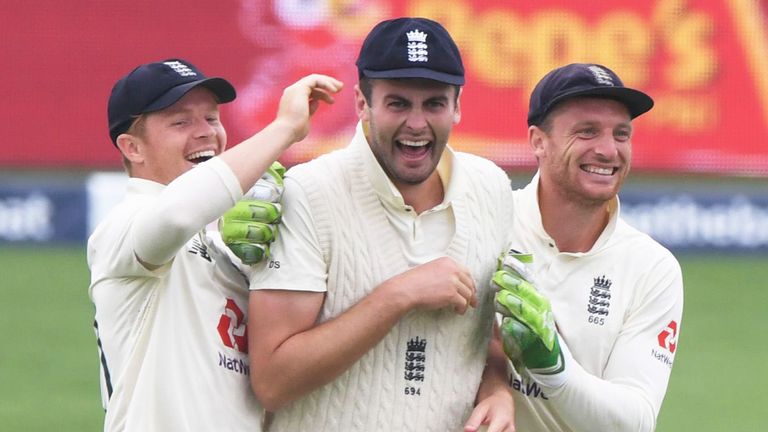 At that point, 176-8, England had high hopes of wrapping up the innings for under 200 but Rizwan – helped by defensive fields and a less-accurate line of attack as the home side lost their way – marshalled the strike superbly to bring up his fifty off 104 balls.

With as many as six men out at times despite the helpful bowling conditions, Rizwan dominated a 39-run stand for the ninth-wicket that only ended when England, having regrouped at tea, returned to a fuller length and Broad trapped Mohammad Abbas in front for two off 20 balls.

Rizwan’s answer was to attack, swinging Broad away for two before driving exquisitely to the rope only for bad light to bring an untimely end to the entertainment just nine balls after the re-start with the score of 223-9.