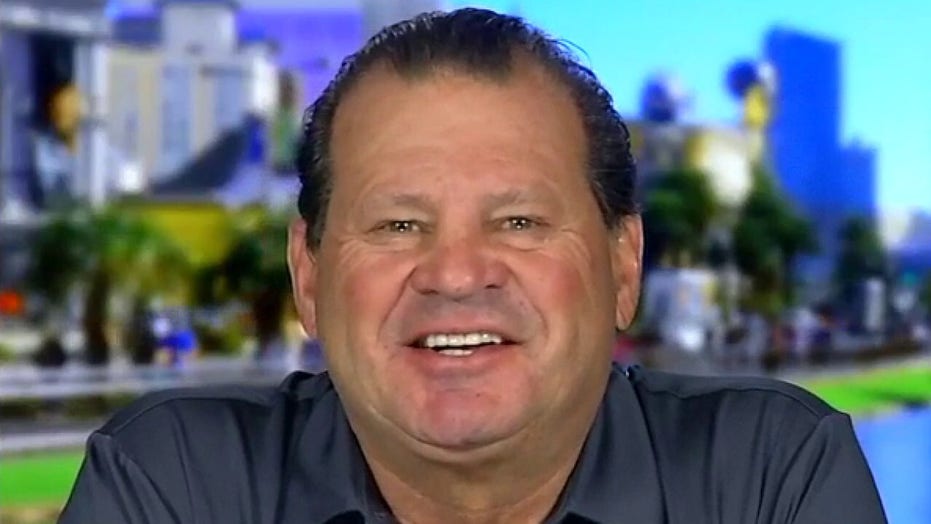 While the 1980 ice hockey game between the U.S. and Soviet Union is already immortalized in Olympic history, a physical monument of the “Miracle on Ice” team is finally coming to Lake Placid, N.Y.

More than 40 years after the historic upset in the small upstate New York village, a three-year project is underway to raise money for the statue, which will depict members of the U.S. hockey team gathered in celebration on the medal stand.

“We felt that this incredible sports moment and the ultimate example of teamwork exemplified by the group richly deserved its own monument,” said Katie Million, who with Jeff Potter leads the Monument to a Miracle Committee, according to the Plattsburgh Press-Republican.

The fundraiser is supported by the Friends of the 1980 Miracle Hockey Team LLC, as well as Northway Brewing.

“Living in Lake Placid for almost 20 years, you feel the impact of the 1980 miracle hockey team every day,” Million said. “Walking through the doors of the Herb Brooks Arena in the Olympic Center still brings chills.”

The game on Feb. 22, 1980, saw a group of college-age hockey players, led by coach Herb Brooks, defeat the Soviet Union, which was considered the best hockey team in the world at the time. The 4-3 semifinal round upset over the four-time defending gold medalist brought the U.S. together in the midst of the Cold War — and while 52 American hostages were being held in Iran.

“Do you believe in miracles? Yes!” announcer Al Michaels shouted as the clock ticked down in the final seconds of the broadcast. 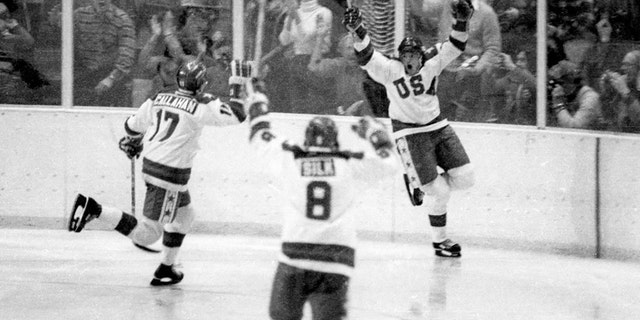 Team USA’s Mark Johnson, right, celebrates one of his two goals vs. the Soviet Union during a medal-round game at the 1980 Winter Olympics in Lake Placid, NY., on Friday, Feb. 22, 1980. (Getty Images)

MIKE ERUZIONE ON THE ‘MIRACLE ON ICE’ 40 YEARS LATER: ‘WE SHOWED THE WORLD THAT MAKES THIS COUNTRY GREAT’

Two days later, the Americans defeated Finland 4-2 to clinch the hockey gold. The 2004 film “Miracle” later retold the story of the team’s historic run, with Kurt Russell playing the role of Herb Brooks. (A previous made-for-TV film had starred Karl Malden as Brooks, who died in an auto crash in 2003.)

Million said donations are now being accepted, which will go toward the monument that’s based on the work of sculptor Robert Eccleston, according to the paper.

“We hope to keep the team’s legacy alive and provide an opportunity for future generations of Americans to learn about the 1980 Miracle Hockey Team and the values that led to their gold medal victory,” she said.