The magic of the Miracle Mile is set to return with harness racing's biggest event to be worth $1 million from 2019.

Club Menangle and Harness Racing NSW announced the boost in prizemoney from $750,000 to $1 million making the race to be run at Menangle on March 2 the richest event outside North America. 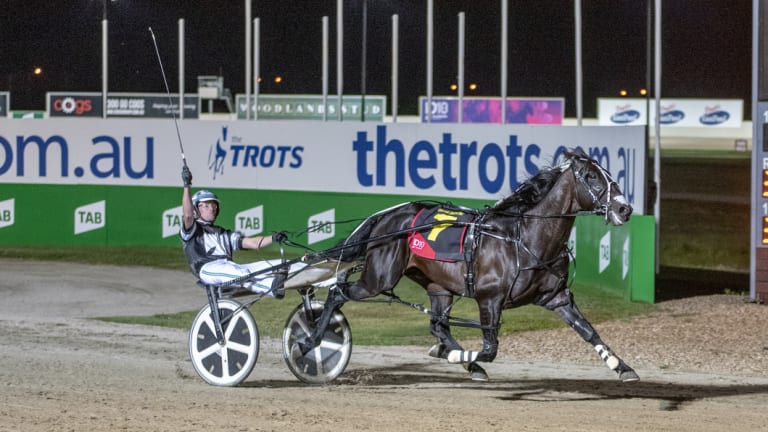 Million-dollar miracle: Tiger Tara won the Inter Dominion and would be one of the favourites for the Miracle Mile.Credit:Ashlea Brennan

“I am confident that such a significant lift in prizemoney for the Miracle Mile will ensure that connections of all our Grand Circuit horses will endeavour to secure their place in this great race and further raise the profile of harness racing both in NSW and nationally,” Club Menangle chairman Ray Sharman said.

“It is a magical barrier to have that $1 million race.”

The Miracle Mile will be the pinnacle of a month of racing starting with the Newcastle Mile, which will be worth $100,000 and be a group 1 for the first time in 2019, on February 8.

Miracle Mile places will be split between invitees and winners of races. The Newcastle Mile, February 16's Chariots Of Fire at Menangle as well as the Canadian Club Sprint and Allied Express Sprint on February 23 will carry a spot in the elite eight-horse field.

Club Menangle continues to thrive and the money from the sale of Harold Park gives returns that in association with Harness Racing NSW were able to see the flagship race raise to $1 million.

The announcement comes just days after Tiger Tara became the first NSW-owned and trained horse to win the Inter Dominion since Jofess in 2004.

“We would hope to see Tiger Tara at Menangle attempting to complete the big double next year, like so many great horses in the past” Sharman said.

The boost has been 12 months in planning by HRNSW, which made significant increases in base-level prizemoney before turning its attention to the elite.

“We have looked after the grassroots of the sport with 20 per cent increases in prizemoney in the past year, now we needed a marquee event,” Harness Racing NSW chairman Rod Smith said.

“It's only logical that it should be the Miracle Mile because everyone knows about that race and its history. It has been the flagship race for our sport for so long.

“These prizemoney injections are fully funded by the harness racing industry and assures a strong future for our code of racing.”