MICHAEL VAN GERWEN has told rival Gary Anderson: Stop using your back as an excuse.

Anderson, 48, claims his “body is in bits” and it will be a struggle to play in the final stages of the William Hill PDC World Darts Championship. 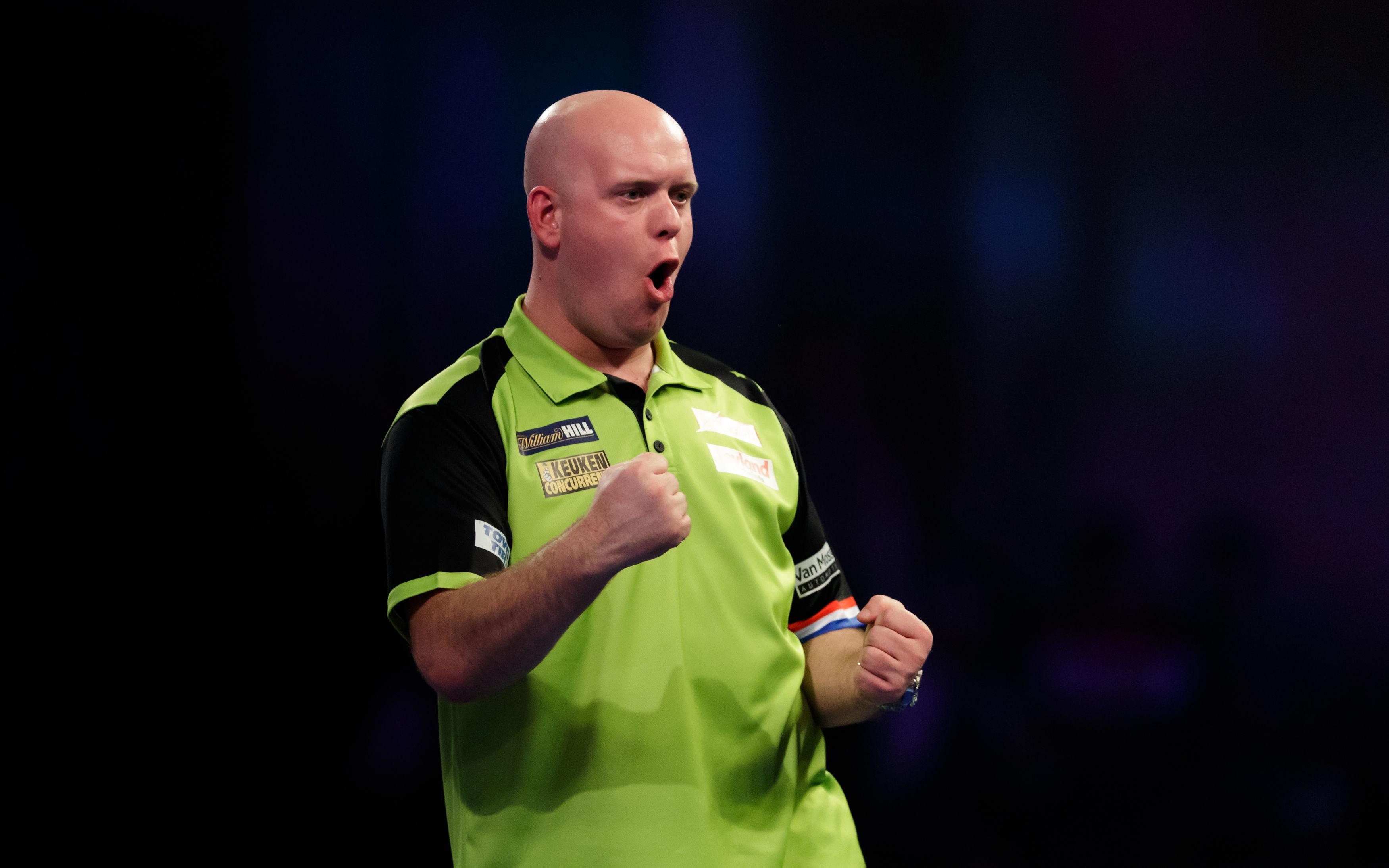 The two two-time champions — who are both chasing a Triple Crown of titles — will go head-to-head in the semi-finals if they both win their quarter-finals today.

And Dutchman MVG, 29, cranked up the mind games by telling the Scot his back cannot be that bad if he remains in the Ally Pally tournament.

The World No 1 said: “Don’t always believe everything he says. Gary is Gary. Gary always moans, complains, that’s how he is.

“He says every week that he has a bad back. Every week he says, ‘I’m getting old, I’ve got a bad back’. 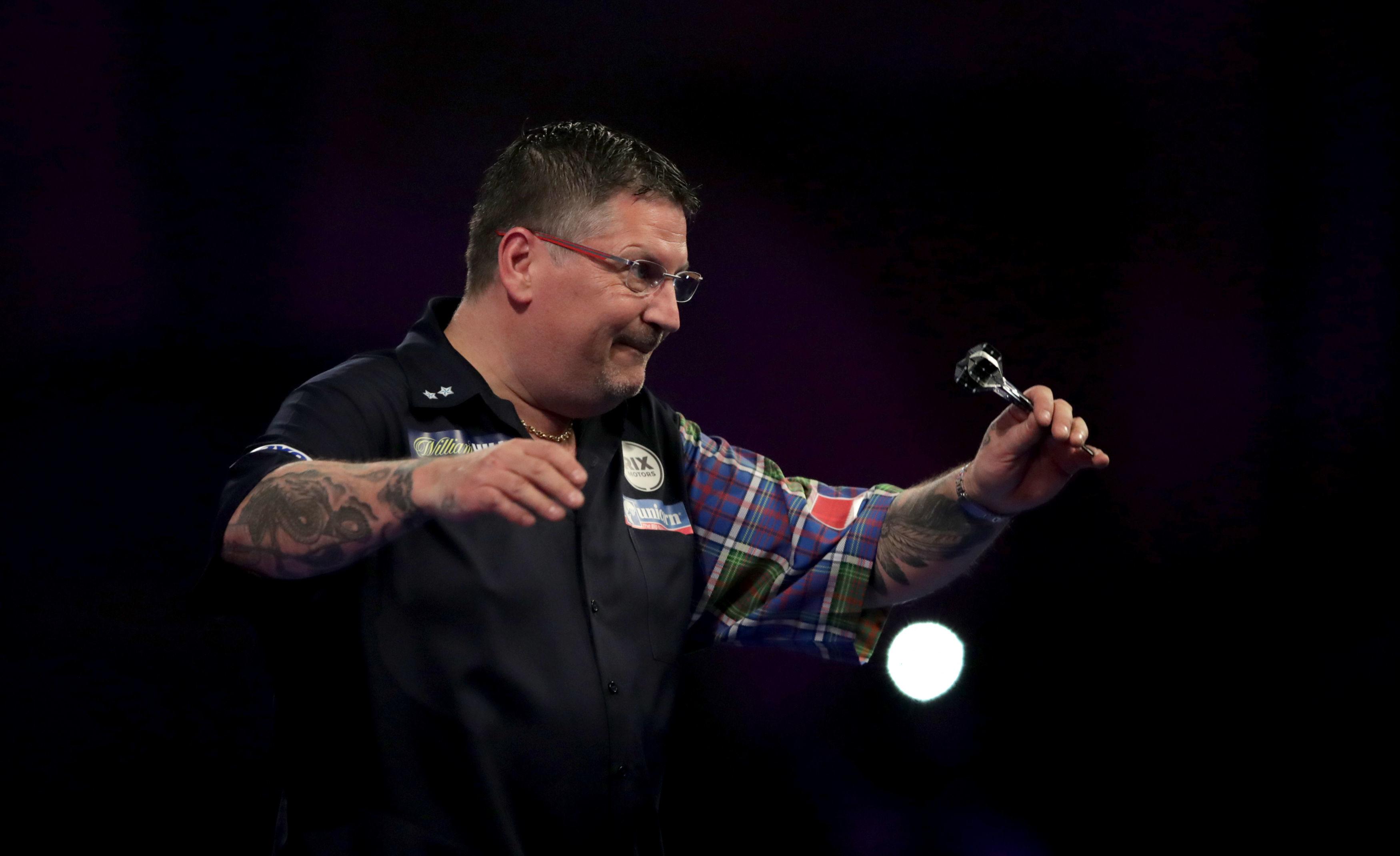 “In Holland, we say we take it with a pinch of salt. He wants to be the underdog but he needs to remember he’s one of the favourites for the tournament. Deep inside he knows that as well.”

Van Gerwen will fancy his chances of progressing against debutant Ryan Joyce tonight.

His 108.08 average   in a 4-1 fourth-round thrashing of Adrian Lewis was his 16th successive ton-plus average at Ally Pally.

MVG added: “My tournament average is about 104 but there’s more to come from me — I’m in sixth gear out of seven.” 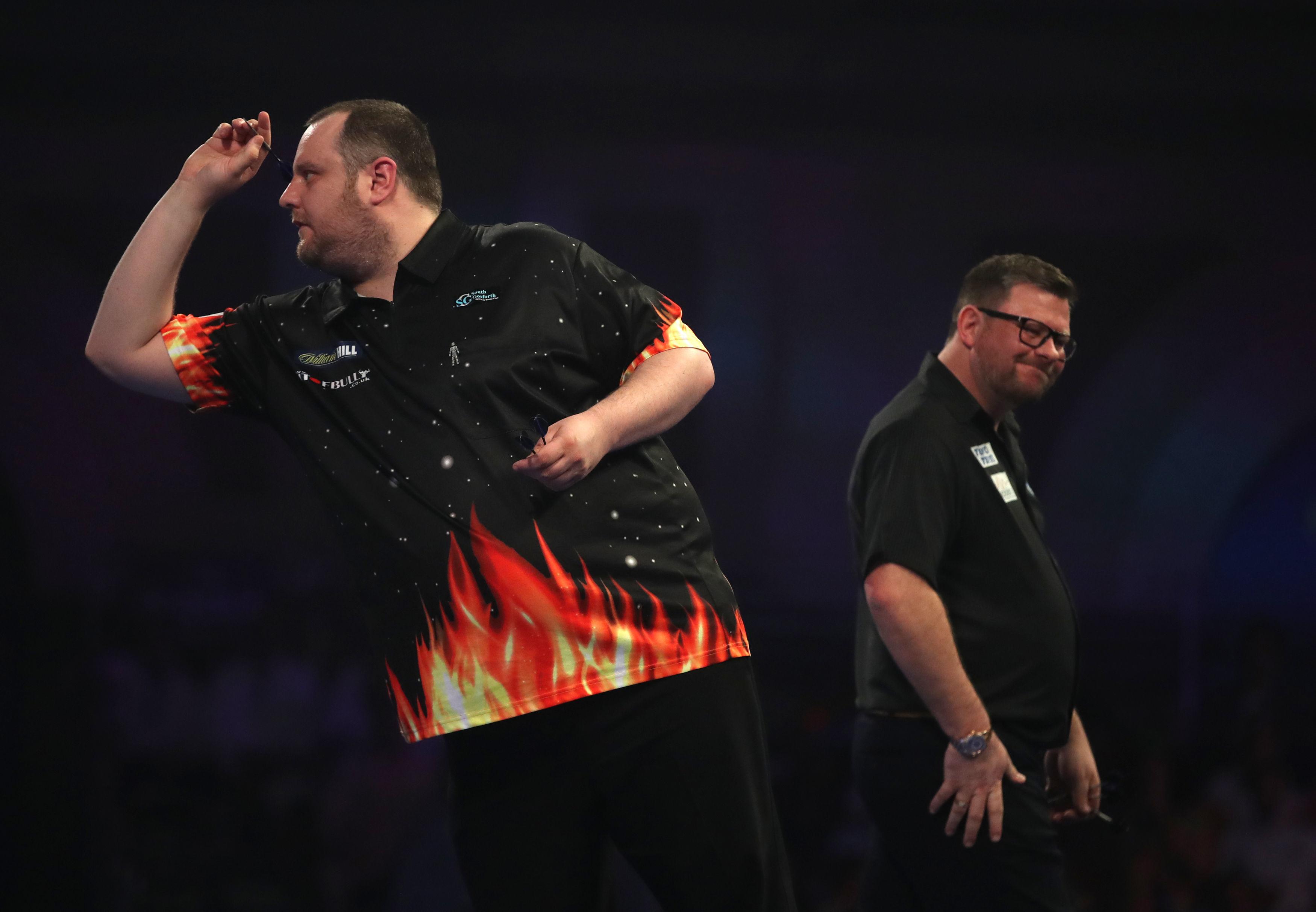 Most Read In Sport

Eight dead including girl, 6, in stampede during Africa Cup of Nations game

Life with Ronaldo is just like any other family’s, says Georgina Rodriguez

Angry JAMES WADE banged the board in frustration and stormed off after being bundled out of the world championship.

The world No 9 wasted five match darts as he lost 4-3 to unfancied Joyce.

Moody Wade, 35, was blasted for “thuggish” and “bullying” behaviour during his second-round win over Japan’s Seigo Asada.

Fans showed they had not  forgotten that by booing Wade throughout his defeat — and Wade reacted by refusing to shake hands with the referee and officials.

Geordie Joyce, 33, who is now guaranteed his biggest payday with a £50,000 cheque for reaching the last eight, admitted: “An extraordinary set of circumstances have to come together for me to beat Michael.

“But you never know and I will learn a lot from the experience.”