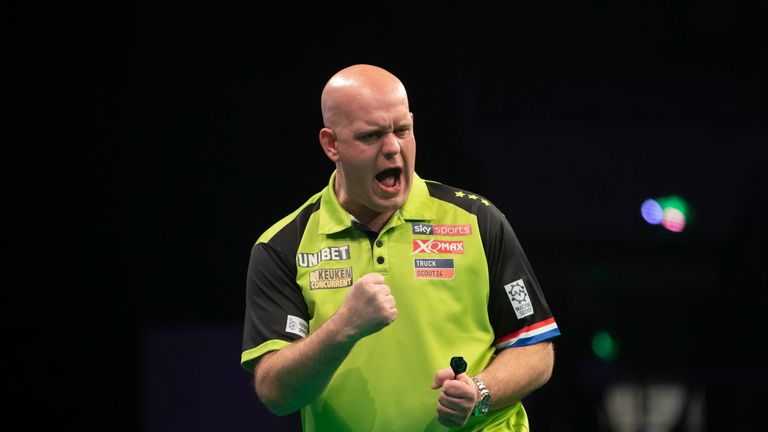 Michael van Gerwen says he will pile the pressure on Rob Cross in order to maintain his sensational run of finishing top of the Premier League every year since 2013.

The battle to top the table will go to the wire after Cross and Van Gerwen claimed big wins in Sheffield.

Cross remains at the top of the table, a point clear of the Dutchman, heading to next Thursday’s final league night in Leeds as their battle to claim the £25,000 league leader’s bonus continued. 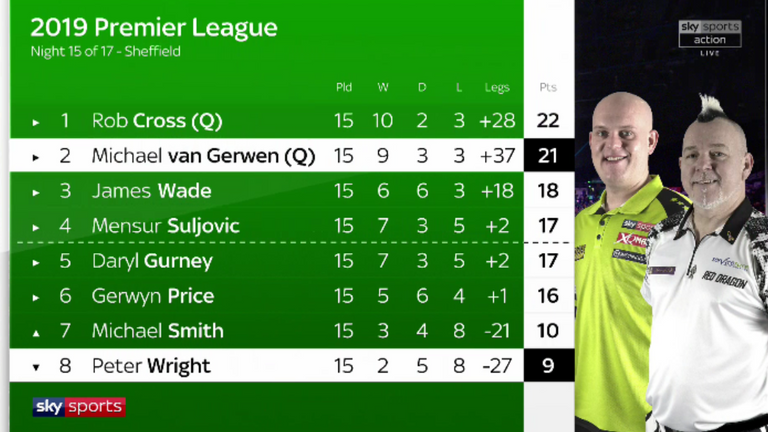 Cross opened the night at The FlyDSA Arena with yet another top-class display, as the 2018 world champion saw off Suljovic 8-4.

His performance was bettered, statistically, by reigning Premier League champion Van Gerwen, who produced the season’s highest average of 110.85 in an 8-1 romp against Peter Wright.

“The main thing today was qualifying – I had to play well and I’m glad I did,” said Van Gerwen, who plays Suljovic at the First Direct Arena next week. “I think I can be happy with this display – I didn’t do much wrong. Peter played well and pushed me, and we got the best out of each other.

“I think I played a good game. I believe in my ability and always believe I will make the Play-Offs, but it would mean a lot if I can finish top too.

“I know what it takes but I can only blame myself for being in this position because I’ve lost too many points. I have to put everything together next week and make sure I’m putting pressure on Rob.” 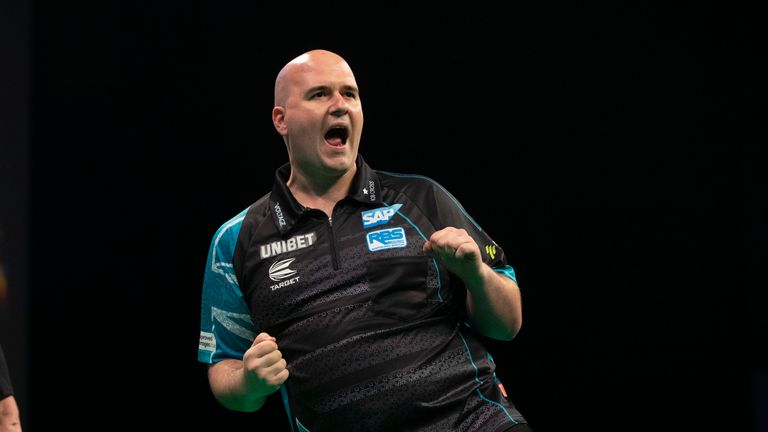 “It feels absolutely brilliant,” said Cross. “Getting into the Play-Offs is the aim for everyone at the start of the season so I’m delighted.