Michael van Gerwen does not have to look too far for inspiration as he bids to turn around an uncharacteristic slump in form.

As the Dutchman looks ahead to his impending title defence at the World Grand Prix, he reclines back in his home office chair and a picture of Roger Federer looms into view. “My favourite,” he says with a smile.

The Swiss maestro enjoyed years of sustained dominance before Rafael Nadal and Novak Djokovic emerged to rival Federer for major honours, but the 39-year-old continued to thrive with his trademark elegance.

Like Federer, Van Gerwen possesses a special gift for making his sport look extraordinarily simple, and despite the strides made by Peter Wright and Gerwyn Price over the last 18 months, ‘Mighty Mike’ insists he is still the man to beat.

“Everyone in life finds a patch like that, Phil Taylor had that before but everyone has been in that position. People don’t have to worry about me. I never saw a sportsman in their life that always ends up well.”

The 31-year-old is in relaxed, yet bullish, mood in an exclusive with Sky Sports Darts via Zoom, as he reflects on a testing period which saw him suffer early exits in the World Matchplay, Premier League and the World Series Finals.

During the interview, Michael Junior – his six-month old son – can be heard babbling in the background. “This is exactly why I didn’t play the Home Tour,” quips the world No 1.

It is easy to forget that for all of Van Gerwen’s success, nobody is infallible. He has a young family and extended time away from home can prove difficult. The Dutchman is renowned for being a ruthless winning machine, but he speaks with such authenticity about the importance of family and the inspiration this provides.

“I’ve been busy around the house. You can hear the kids! I love my family. I love them more than anything else in the world.

“When I go away and come back home I’m really glad I am back again, not only for my wife but for my kids as well.

“They give you so much love. It’s the next step in life. I always had a wish for children. You can have a wish but it still has to happen.

“It is starting to get busy with schools but it’s a good thing. It is a good position to be in, it’s part of my life.”

However, on the oche Van Gerwen has come under rare scrutiny following a string of underwhelming performances on the big stage.

His humbling defeat to Simon Whitlock in round two of the World Matchplay was followed by a nightmare Premier League restart in Milton Keynes, which saw him miss out on play-off qualification for the first time in his career.

The three-time world champion was bidding to top the league phase for an eighth straight year but he remarkably finished sixth, which was compounded by an early exit to his nemesis Glen Durrant in the recent World Series Finals.

The caveat to this ‘below-par’ form is that Van Gerwen has still scooped three Pro Tour titles during the last few months – claiming a double in July’s Summer Series and returning to the winner’s circle in Event Three of the Autumn Series.

It may seem a distant memory to some, but the world No 1 also clinched glory in March’s UK Open with a series of blistering displays, boasting a tournament average of over 104. 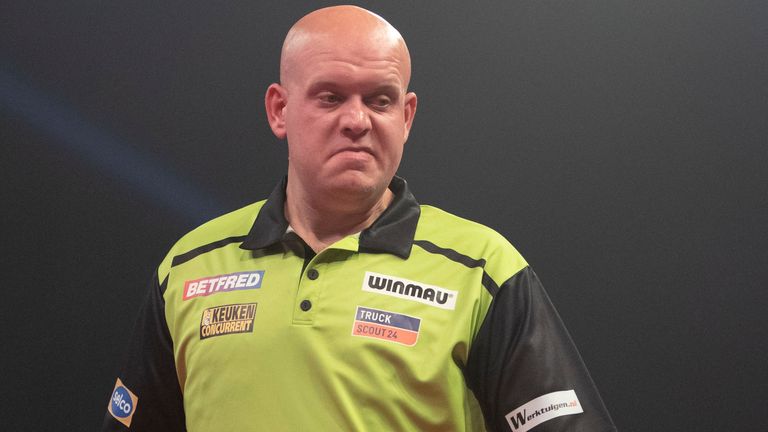 “Talent doesn’t go away, but you have to fight for it and you have to work for it, simple as that.”

MVG reflects on his current form…

Van Gerwen is a victim of his own success – any setback is met with talk of his powers waning, but his title haul in 2020 would still constitute a breakthrough year for many, a fact he has been reminded of by close friend Vincent van der Voort.

“Talent doesn’t go away, but you have to fight for it and you have to work for it, simple as that,” added the Dutchman.

“I just spoke to Vincent who was here a minute ago and he said: ‘If this is the bottom of your game and you are still winning tournaments, then there is a lot more to go for’.

“I trust Vincent 100 per cent, we support each other through good times and bad times and of course things aren’t going my way in the last few months, but you need to take it on the chin and you need to make sure you get stronger.”

Van Gerwen’s mental fortitude has been integral to his success over the last decade but he acknowledges the difficulties he has faced, which is why the World Grand Prix represents the perfect opportunity to return to winning ways. 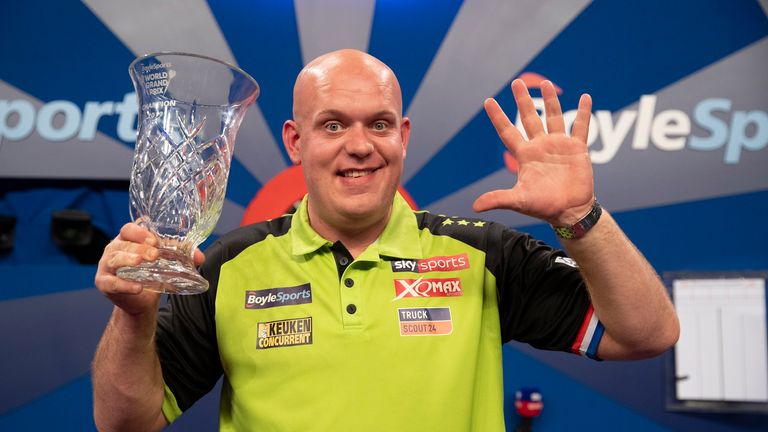 The unique double-start event has been a happy hunting ground for MVG – his 2012 success was his first major televised triumph in the PDC; the catalyst for his stunning rise up the ranks.

He has won five of the last eight editions, including the last two, and he begins his assault for a third successive crown with an awkward first-round examination against Krzysztof Ratajski.

“With the double start and everything it’s a little bit off your normal routine. I’ve been practising and it went quite well, and you also need to make sure you take this to the tournament.

“I’m up for it and I feel good. It could be easier [against Ratajski] but it also could be more difficult. You also could have Gary Anderson in the first round. You can always complain but why would you complain?

“You have to battle them, you have to smash them, simple. That’s the only thing that counts.

I’ve got a great team around me and we have been working hard to put things right 👊🏻👊🏻 https://t.co/dysjLNp2h0

“The first round is really difficult. Every player will admit that because it’s a really short format.

“I’ve done it before and I can handle that pressure and I need to make sure I’m going to do it next week as well.”

There will be elements of unfamiliarity with regards to this year’s event. It has been moved away from its spiritual home in Dublin and will instead be staged behind-closed-doors at Coventry’s Ricoh Arena.

‘The Green Machine’ is favourite to claim a sixth World Grand Prix success, but his tournament odds of 7/2 reflect the current uncertainty surrounding the game’s leading light.

Van Gerwen thrives on adrenaline and a raucous atmosphere and that may explain his recent big-stage slump, but he is philosophical about the situation and is focused on the task in hand in Coventry. “My confidence towards the tournaments is 100 per cent going to help me, but you still have to make sure you do it on the stage.

“Under these circumstances, normally we play in Dublin with the crowd behind me, it’s so different but you have to adjust yourself to the new circumstances and focus yourself a bit more.

“I love to play in front of crowds, but there’s bigger problems in life at the moment and we’re all aware of that, and you have to deal with it.”

Darts is back on to Sky Sports in October with the World Grand Prix and the Premier League Play-Offs. Follow us @SkySportsDarts to stay up to date with all the news.