Kennedy injured his ankle during the club's NBA preseason clash with Philadelphia and has been in a boot for a little over a week, but he trained on Tuesday and Vickerman is expecting to have his new signing in Wollongong. 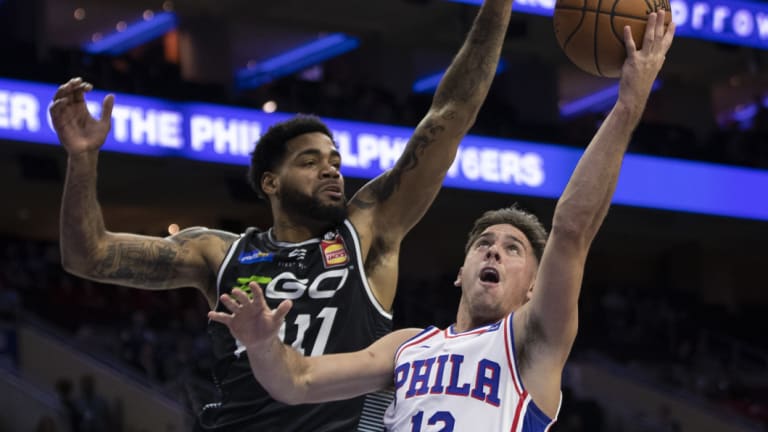 The American swing man has looked promising during preseason and should be a key contributor for United along with fellow new signings Mitch McCarron and Alex Pledger as Melbourne look to win back-to-back championships.

"He got his first [training] load in on Tuesday so it was important to see how he responded to that after being in a boot," Vickerman said after training on Wednesday.

"We are really pleased with what we got out of him today, he showed the defensive cat he can be and was really dominant at that end of the floor then was consistent at the other end as well – so real good signs for him.

"I think the fitness test was really today, we were happy with how he got through and right now we'd say he is playing."

Melbourne know they face a tough start to the season, as they only returned to Australia on Monday after playing in Philadelphia and Toronto and having a training camp in New York.

Vickerman admitted some of his team were still regaining their sleep patterns after their time in the US, but there would be no excuses come the weekend as they will back up from the Hawks game with their home opener against New Zealand Breakers at Hisense Arena on Sunday afternoon.

The club will hang their championship banner pre-game with title-winning teammates Tai Wesley and Majok Majok in New Zealand colours.

Melbourne know they will have a target on their backs all season and the Hawks would love to take them down to open the season.

"We are half a step behind right now in a couple of areas," Vickerman said.

"We haven't played a game with everybody on the floor, so you can't expect it to be perfect right now, but hopefully we are good enough to grind out some wins."

Melbourne United play Illawarra Hawks in Wollongong on Friday at 7.50pm then face New Zealand Breakers at Hisense Arena on Sunday at 2.50pm.