HIDEKI MATSUYAMA played video games on his phone before taking control of the Masters – and he toyed with his rivals in the final round as he edged to a one-shot victory.

There was no need for a killer instinct as Matusyama, 29, became the First Samurai – Japan’s first male Major champion, a result that will send his golf-mad homeland wld with delight. 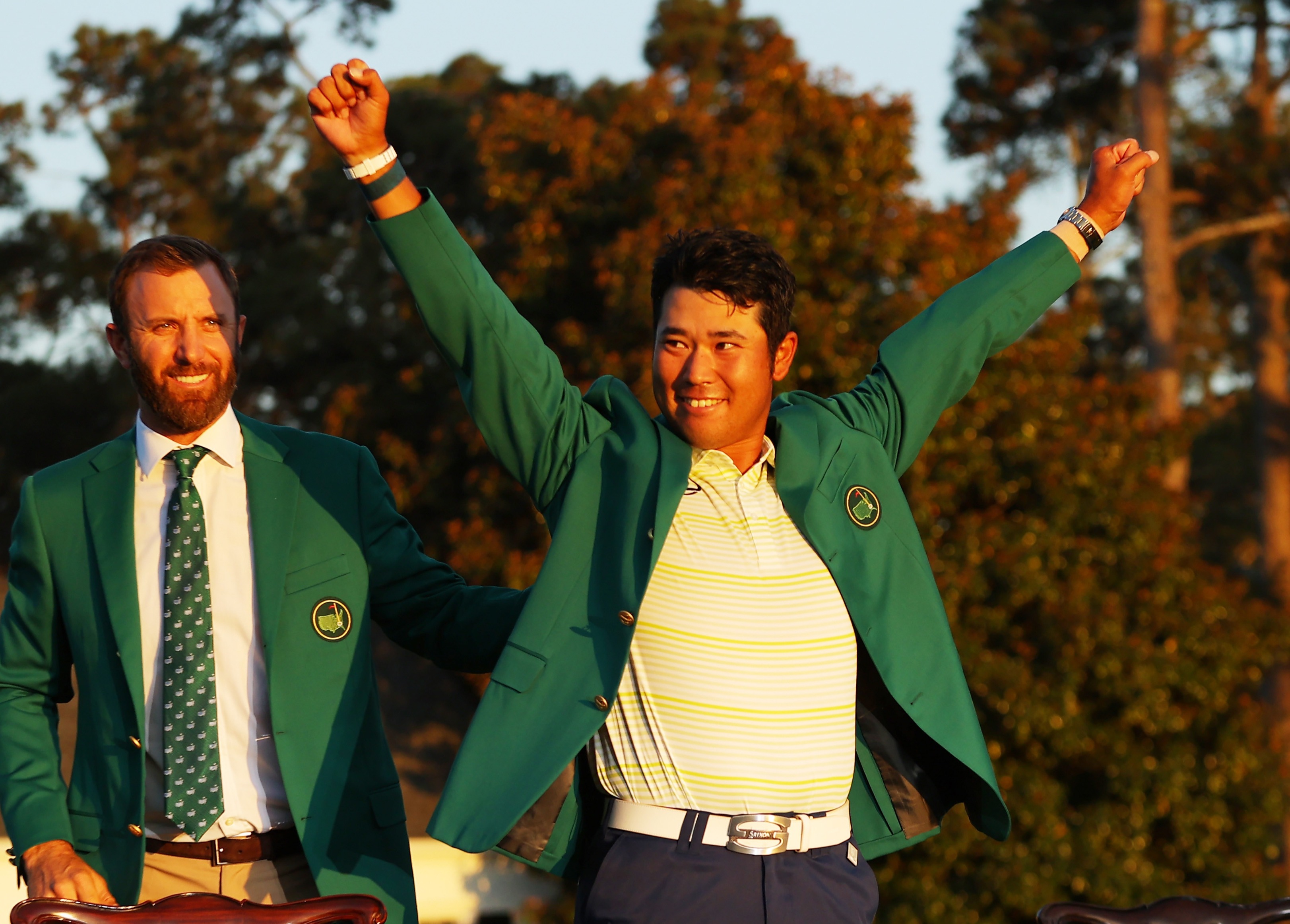 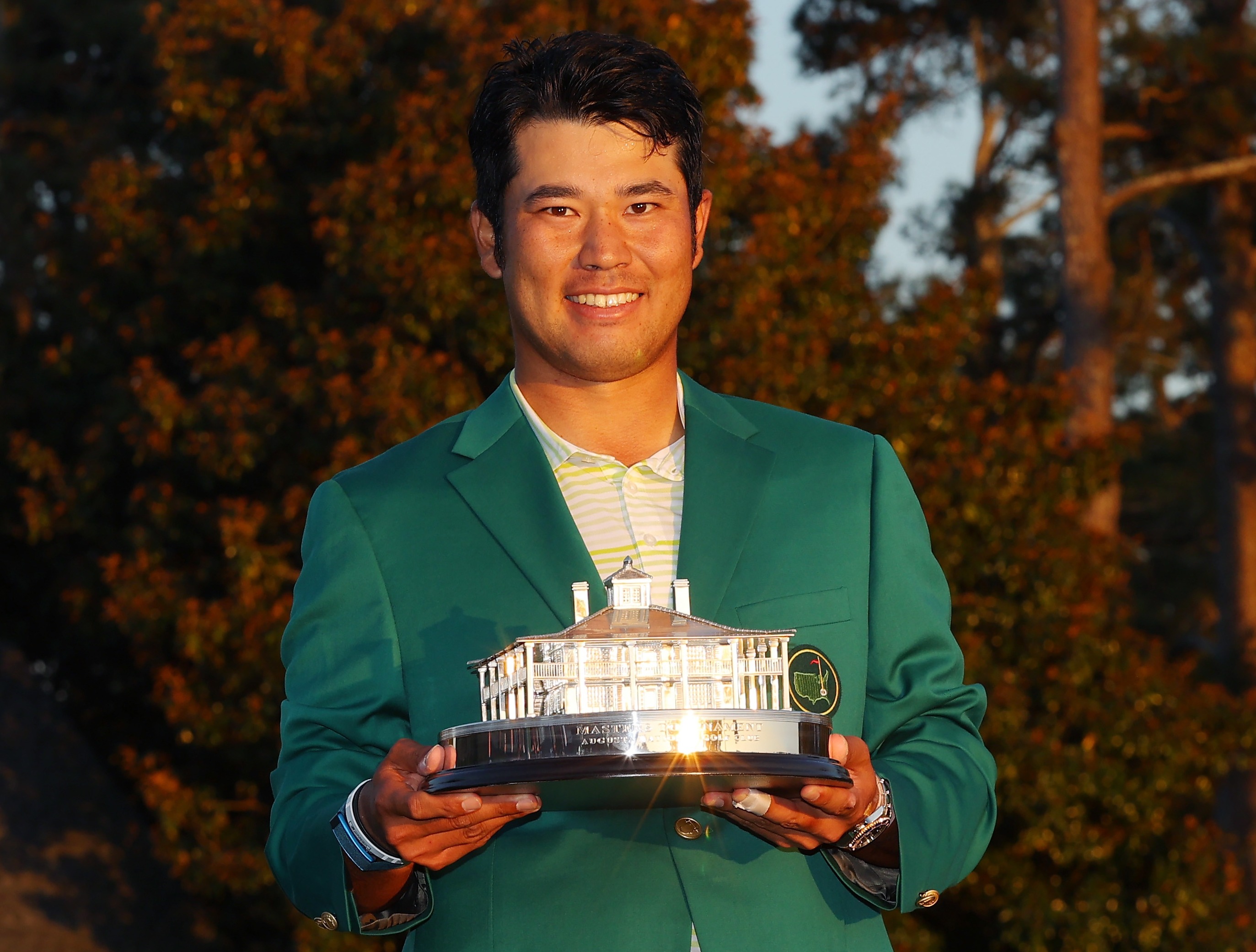 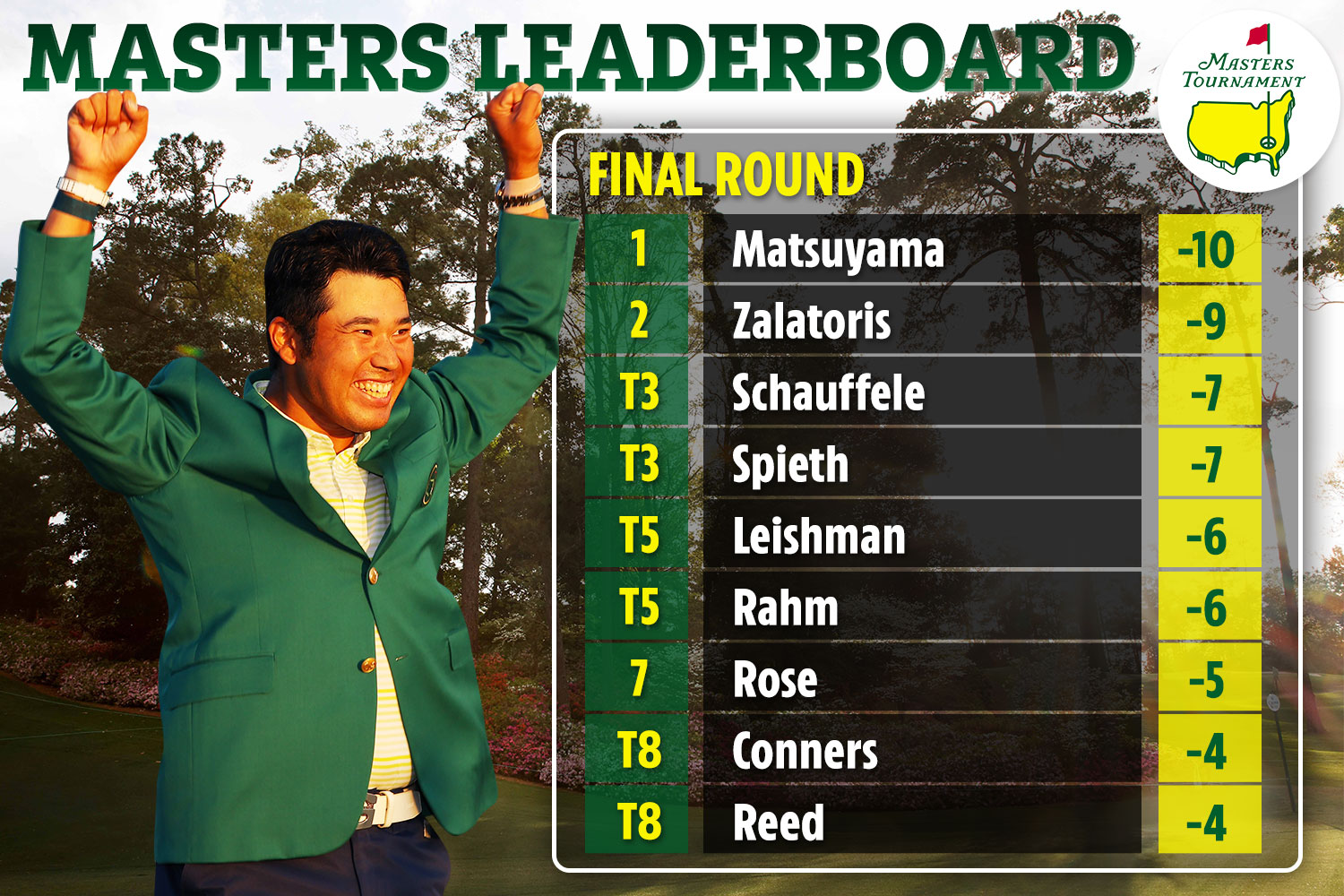 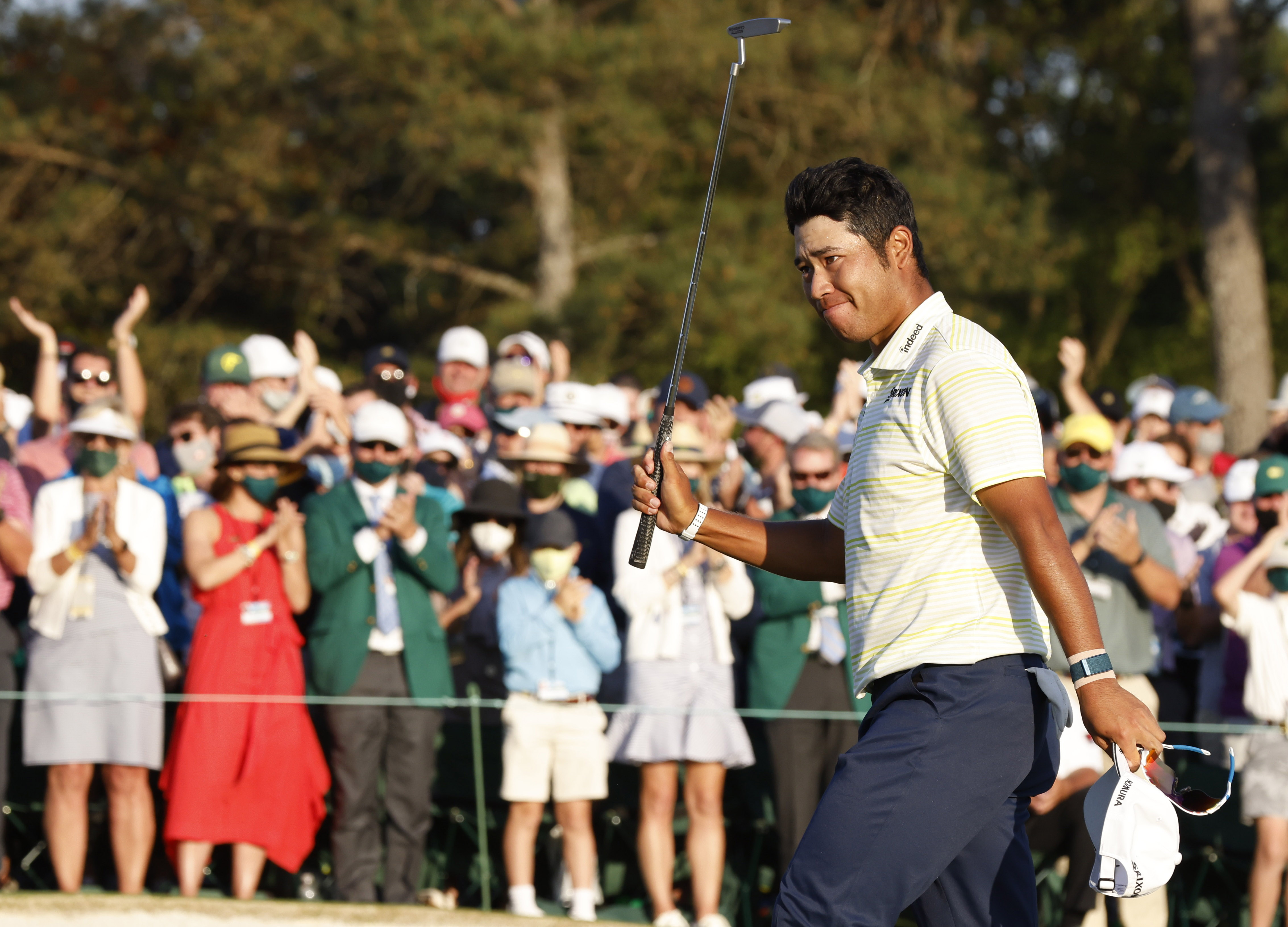 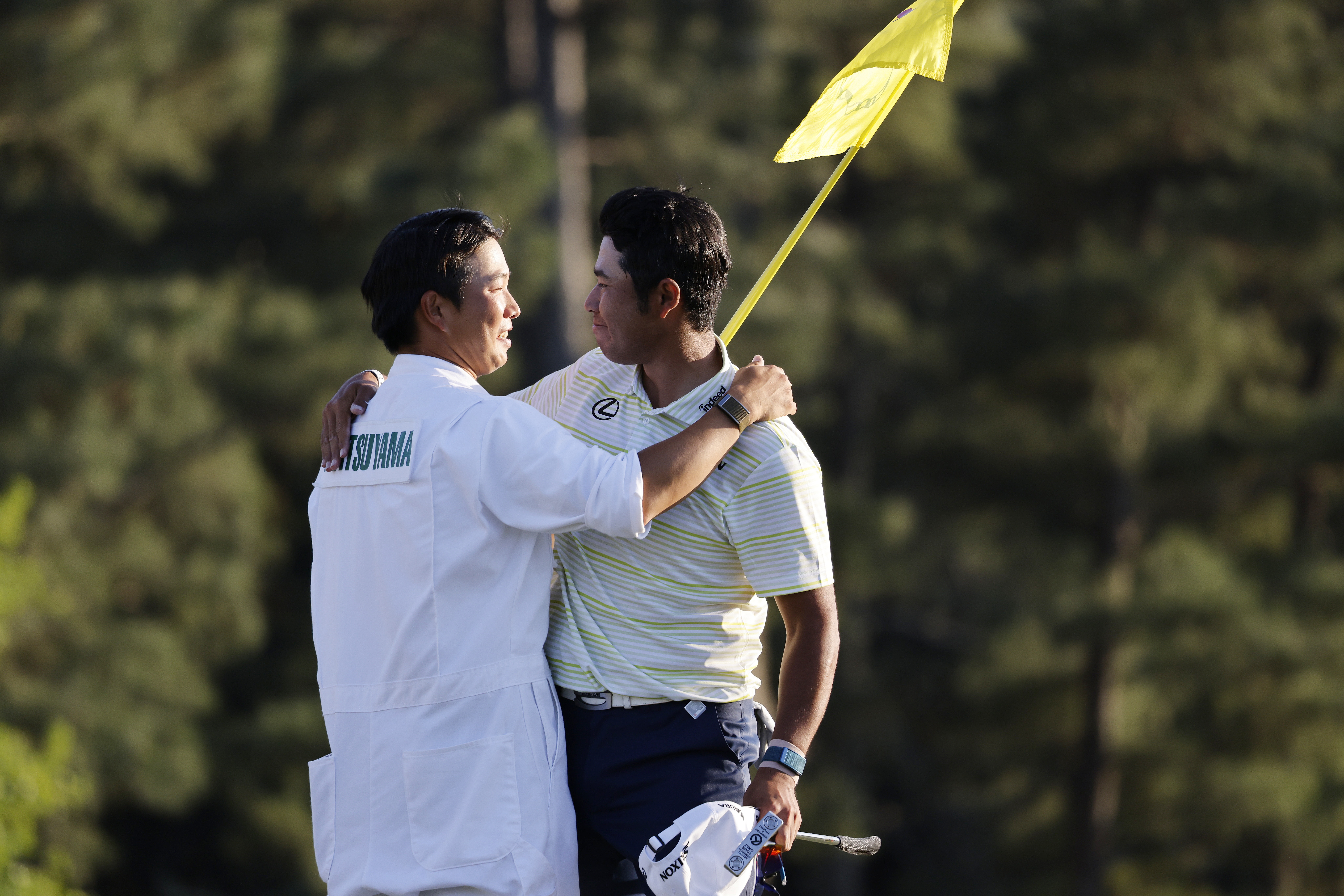 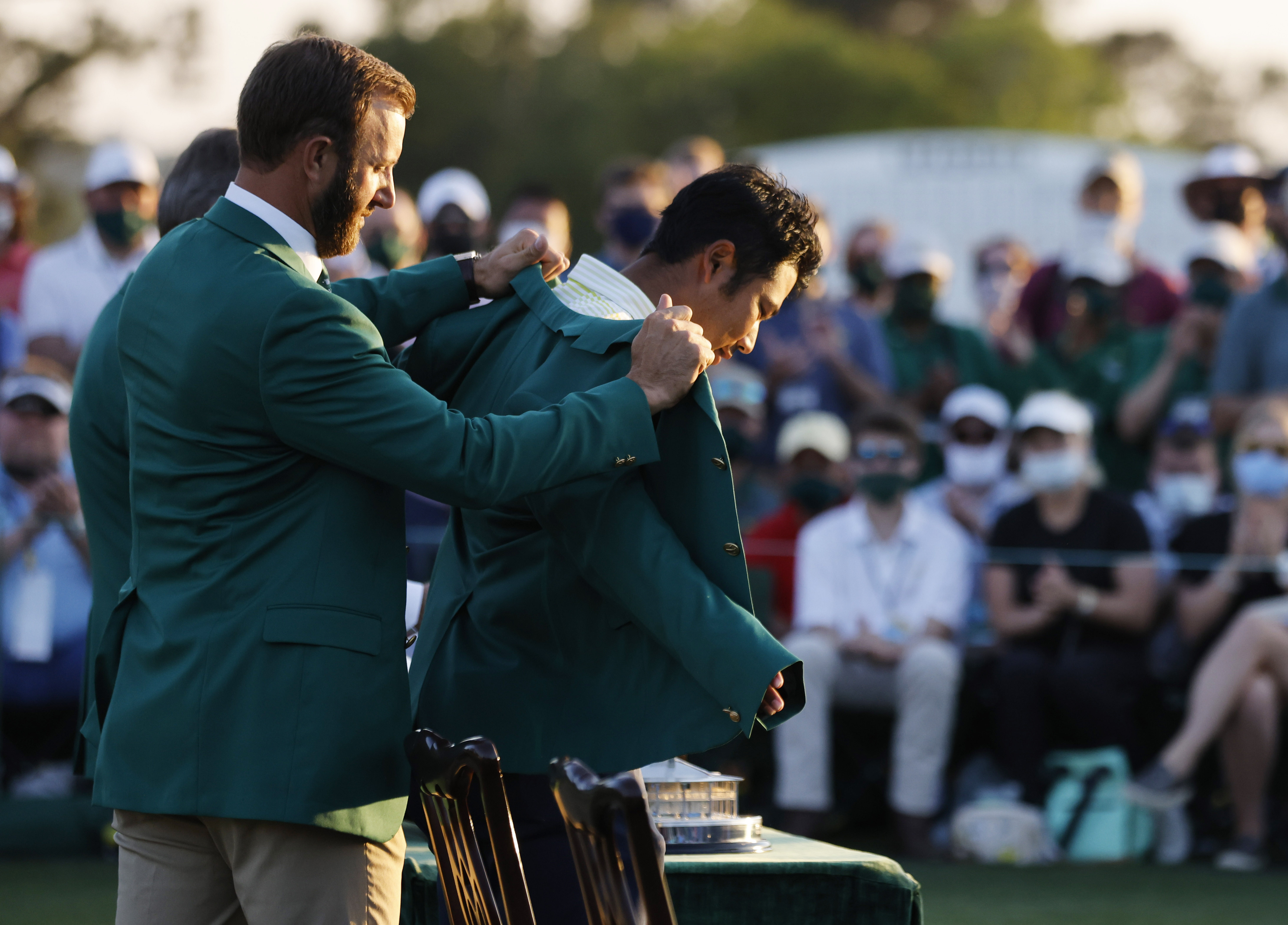 And it will probably create one of the biggest black markets ever for Olympic Games tickets when he returns to tee off in Tokyo with the green jacket before.

Justin Rose and the other players hoping to take advantage of Matsuyama’s supposed flakiness under pressure could never get close enough to really test the Japanese star.

They needed to produce the sort of fireworks supplied by new dad Jon Rahm, who shot 66 to zoom from level par to six under – too late for more than a share of sixth place, but a good story to tell son Kepa in future years.

Xander Schauffele threatened to make things interesting with a late burst to claw his way to within two of his playing partner, who had a six-shot lead with seven holes to play.

But when Schuaffele found water at the short 16th and triple bogeyed, Matsuyama breathed a lot easier, and masters rookie Will Zalators was promoted to runner-up.

Rose, 40, could never recapture the brilliance of his opening 18 holes, when a seven under par 65 earned him a four shot cushion.

He became increasingly ragged after that, clearly feeling the effects of a five-week break to recover from back spasms.

He was treading water for the middle 36 holes, with two level par 72s, and a closing 75 dropped him into sixth place – although a great birdie at the last meant he finished with a smile on his face. 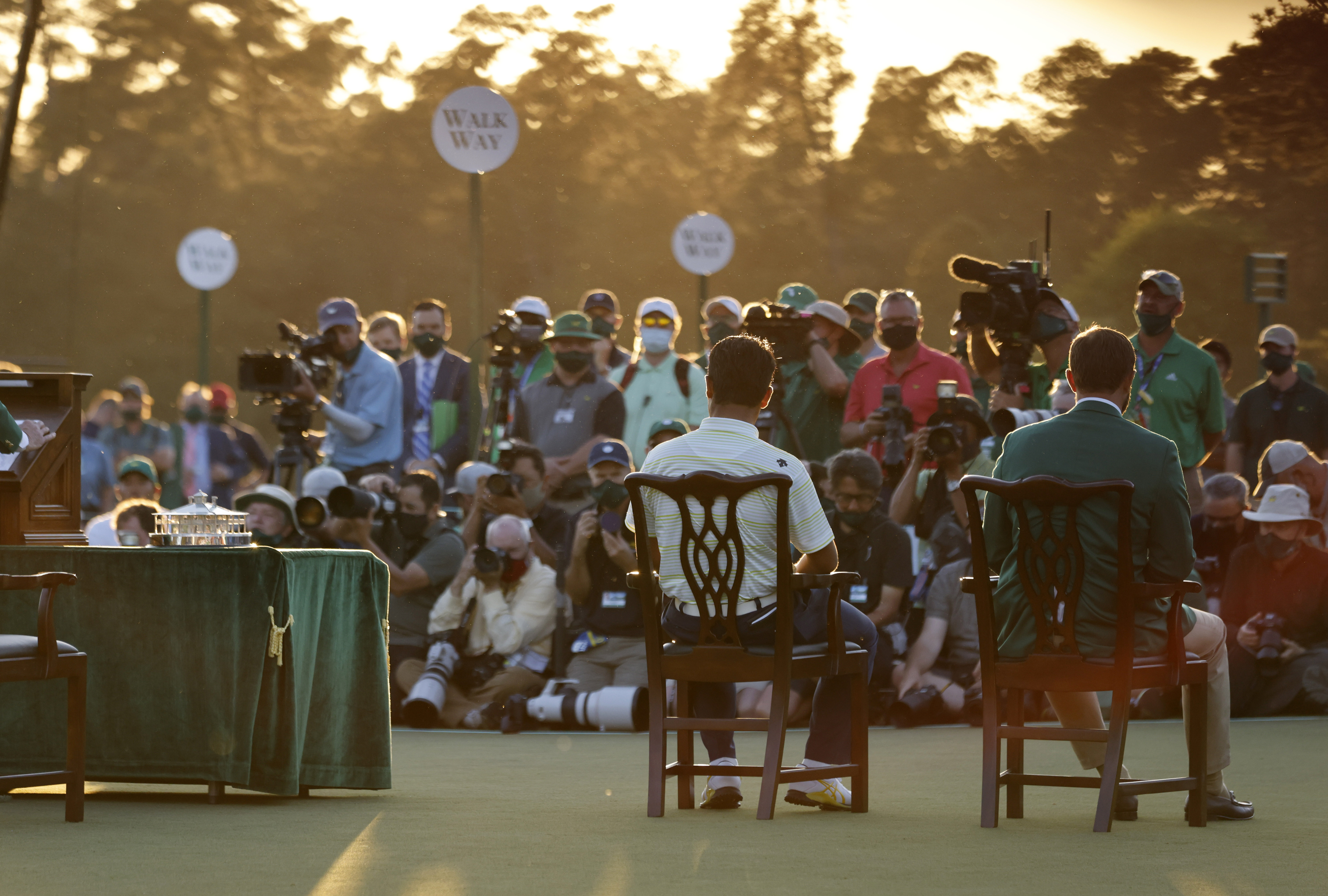 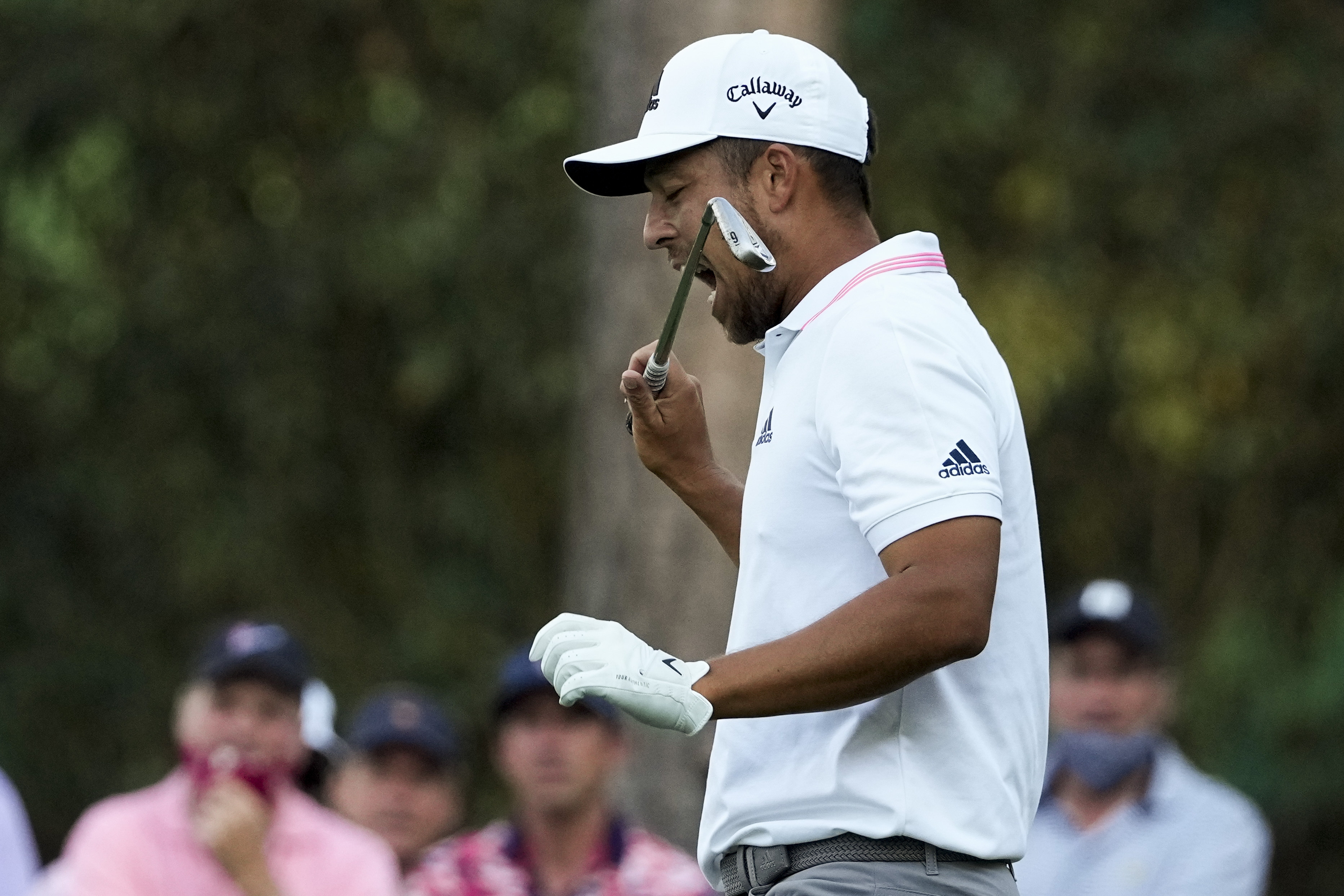 Matsuyama was tipped as a future Masters champion when he finished low as an amateur on his Masters debut ten years ago, despite being more concerned with events back in Japan.

Matsuyama is from the Tohoku region, which was devastated by the earthquake and tidal wave that caused almost 20,000 deaths in March 2011.

He was competing in Australia when the natural disasters struck.

But his university accommodation was destroyed, and he was tempted to miss the Masters and stay home to help the relief efforts, before being urged to try to raise national spirits with a bold showing at Augusta.

He took an immediate liking to Augusta, and his third round 68 as a raw 19 year old had the desired effect on Japanese morale.

That affinity with the Masters venue has not changed over the years, despite managing just ne previous top ten finish, when he was fifth in 2015.

His final round was his eleventh consecutive round of par or better at the Masters, and he will probably remember the third round here as the most memorable.

He had blasted his ball into the trees on the 11th hole when the threat of thunderstorms caused a 75-minute delay.

While most of his rivals were practising chipping and putting Matuyama sat in his car playing video games on his phone.

He emerged to birdie 11 and added an eagle and four more birdies to charge clear of the pack. 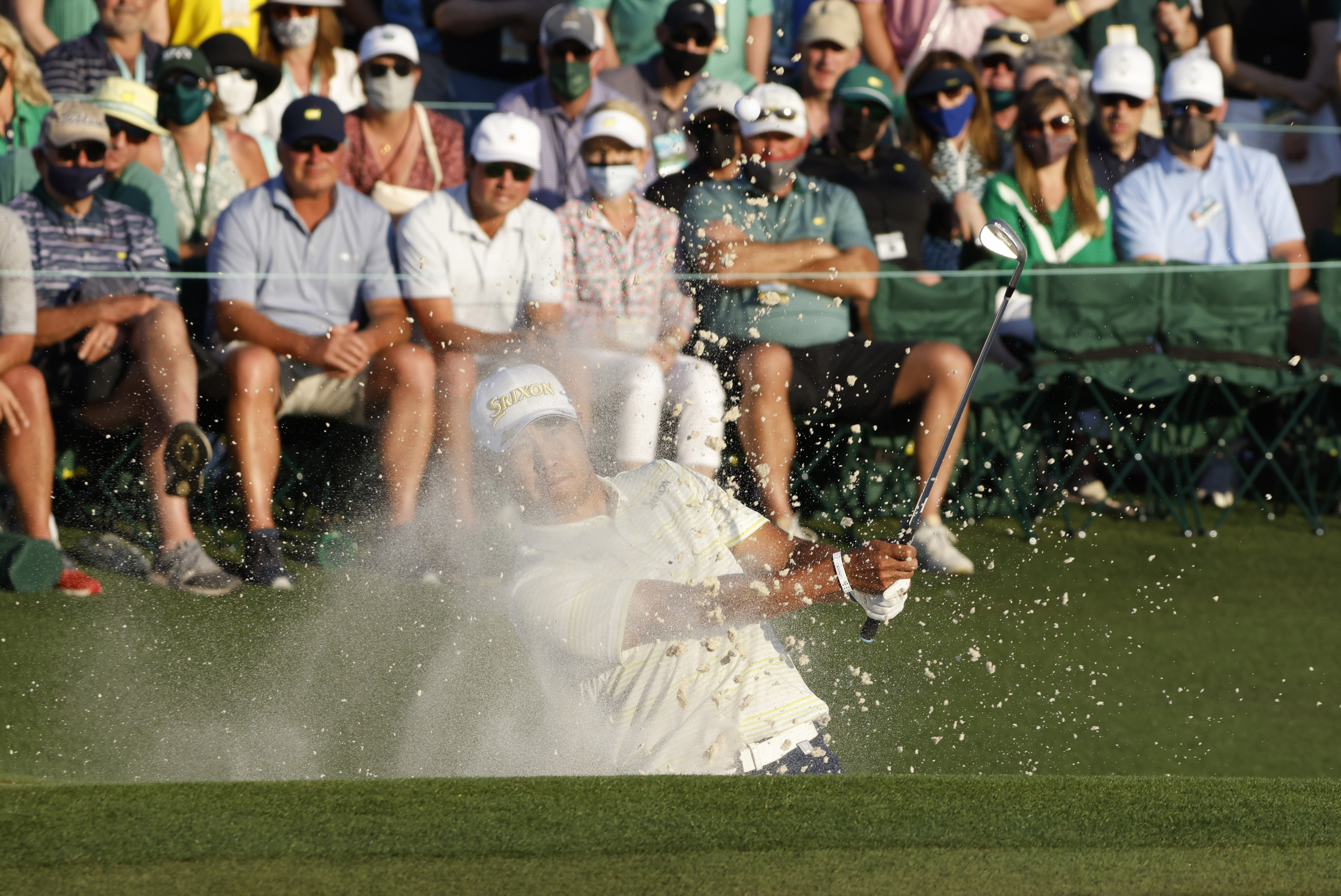 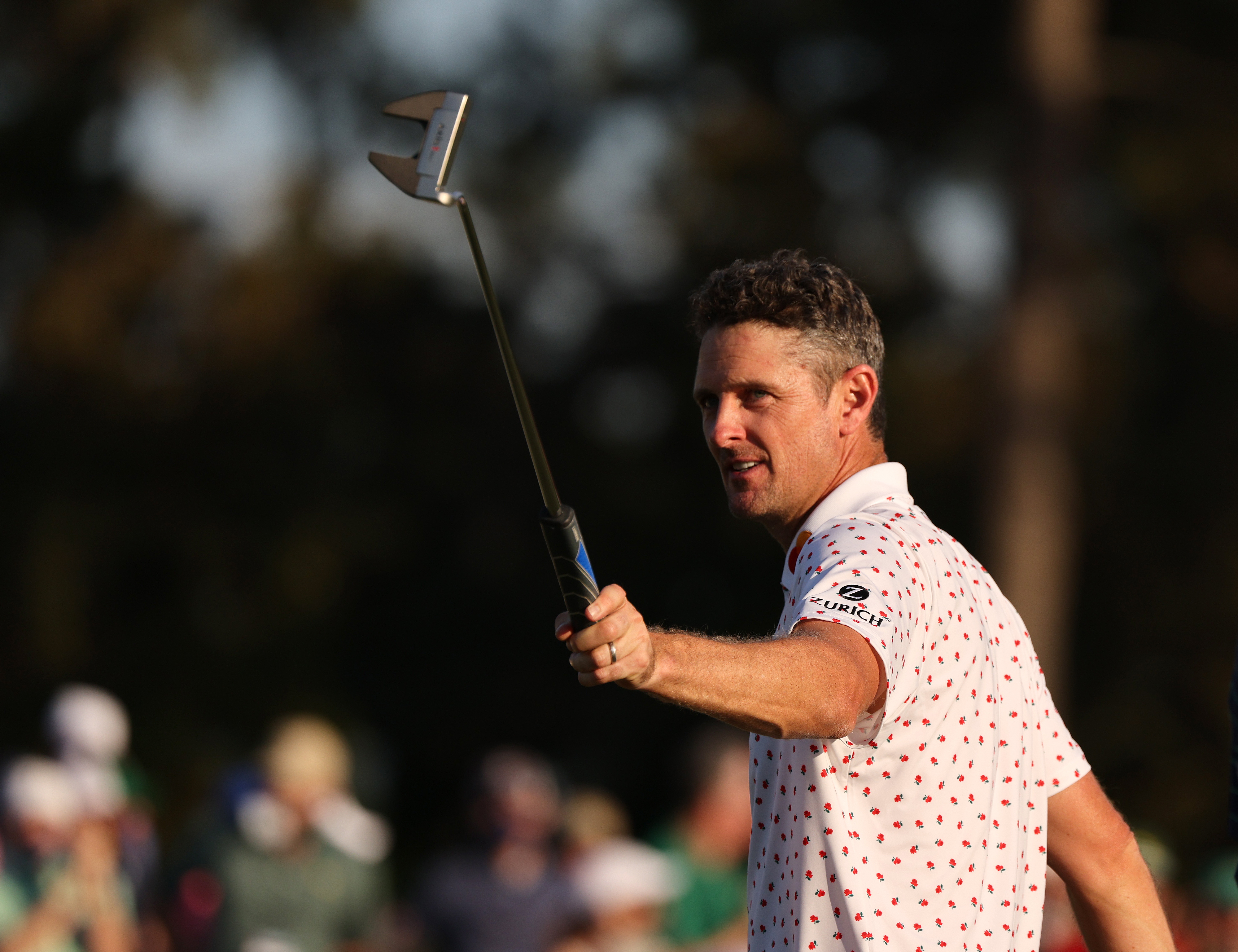 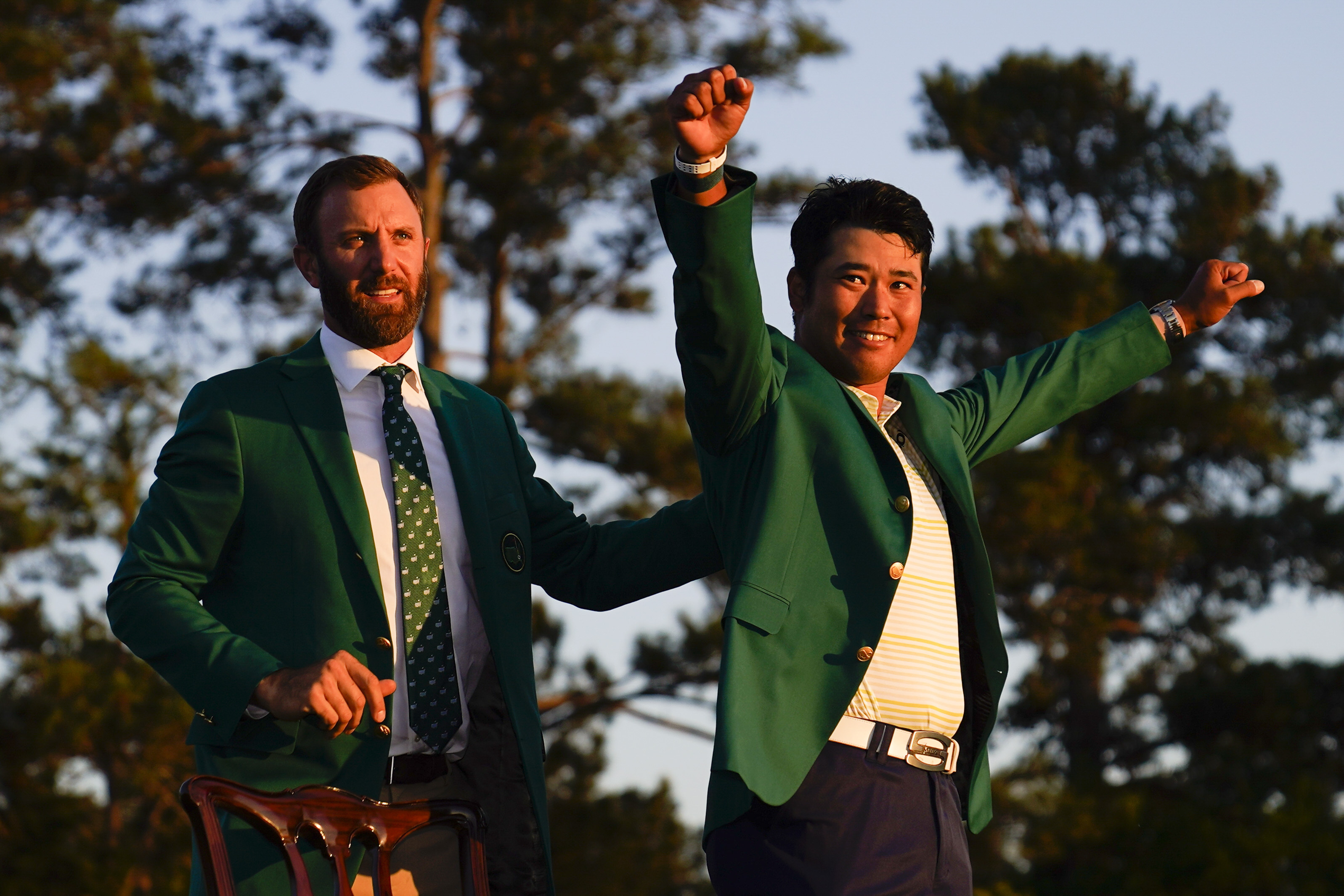 His only real alarm in the final round came after just one hole.

By the time he walked off the first green his four shot overnight lead had been reduced to just one.

It looked ominous as the Japanese player pulled his tee shot way right into the trees, and was lucky to find a gap that allowed him to hack it to within forty yards of the green.

But a clumsy chip hinted at more nerves, and when his 30-footer for par shaved the hole it was hard not to wonder whether the pressure might prove too much.

At ten under par, there should not have been too much cause for concern – but a quick look at the scoreboard showed Zalatoris had birdied the opening two holes to race to nine under.

Zalatoris canned a 25-footer on the opening hole, and a deft up and down from a bunker on the par five second had him breathing down Matusyama’s neck. 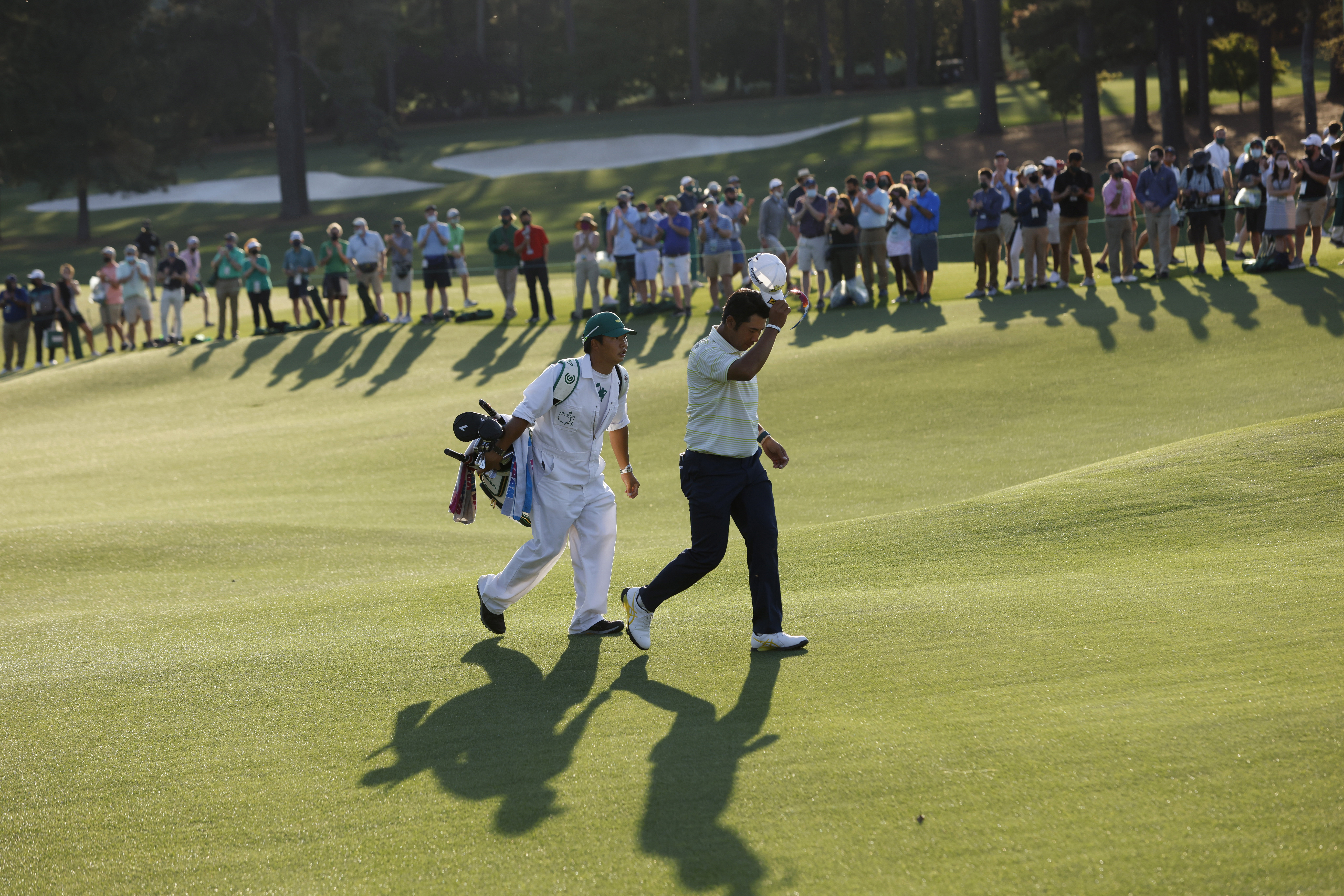 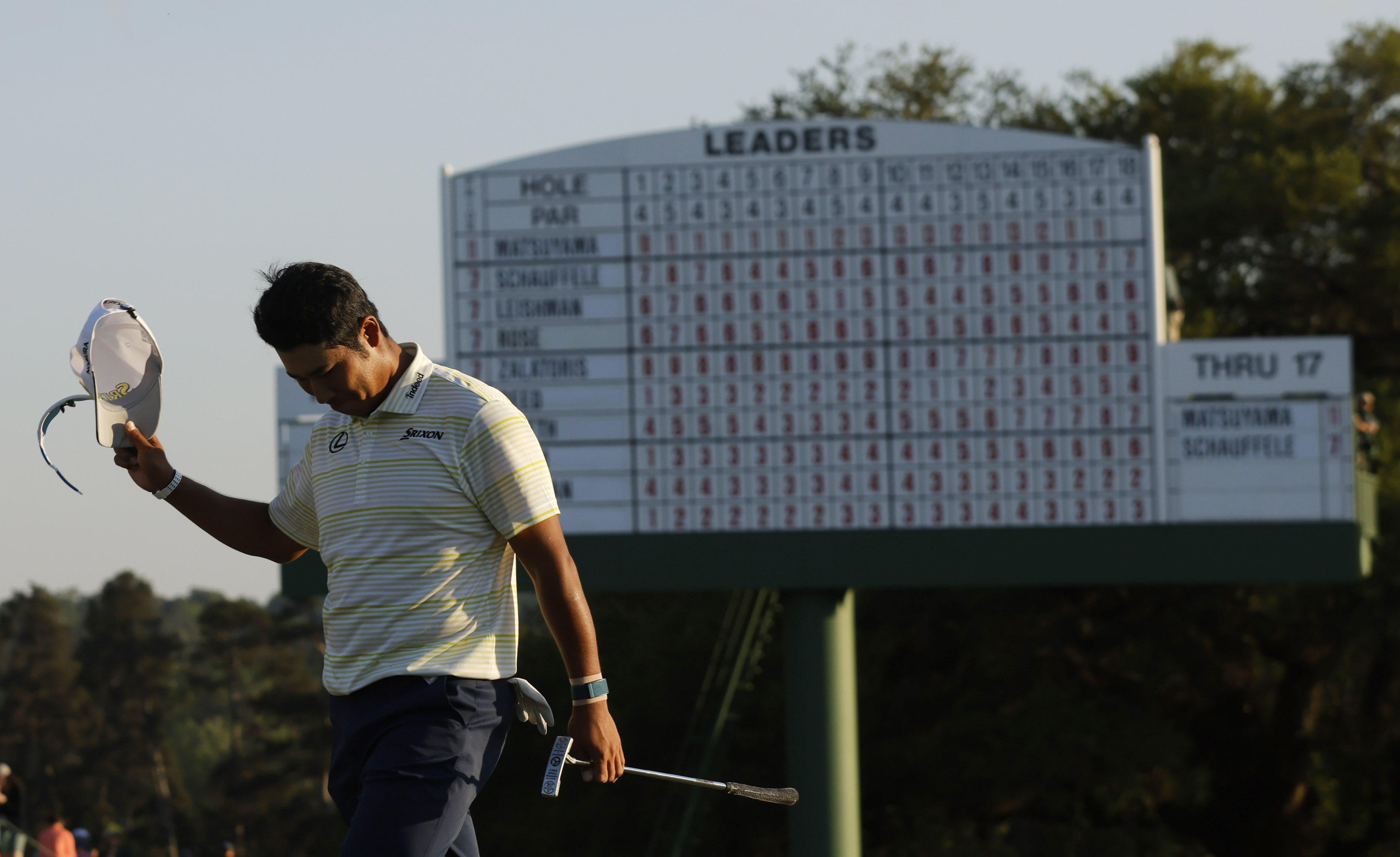 But 15 minutes later it was all change again.

Zalatoris bogeyed the third, and the overnight leader picked up his first birdie, and suddenly the gap was back up to three.

As the Masters rookie dropped away, fellow American Schauffele, Matsuyama’s playing partner, emerged as the only possible threat.

A hat-trick of birdies from the 12th saw Schauffele claw his way to within four sets of the lead.

It was down to two when Matsuyama found the water with an adrenaline-fuelled approach at the 15th, and made a bogey six to Schauffele’s fourth birdie.

But when it was Schuaffele’s turn to put one in the drink, all of Japan could start celebrating.

And despite hitting the bunker on the final hole, Matsuyama ultimately held his nerve to register a bogey and be crowned Masters champion by a single stroke.