AFTER almost 15 years away, Javier Mascherano got a warm welcome on his return on Argentinian football on Saturday.

His first game for Estudiantes was away to San Lorenzo – and the home side made the classy gesture of presenting him with an award for his services to the national team. 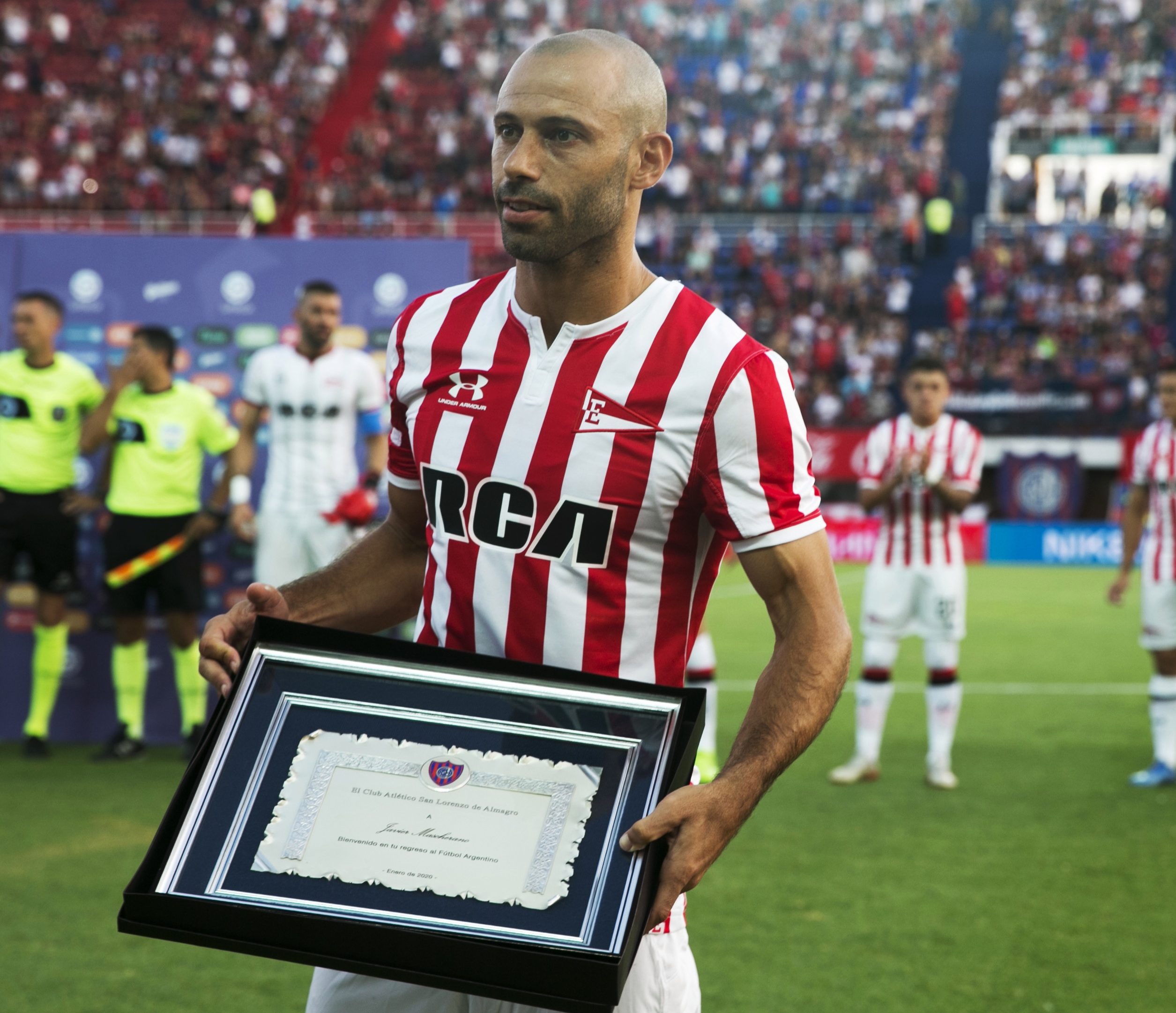 And then things got warmer still. The match was played on a hot summer night, and the extreme temperature was surely a factor in the two brief hold ups for floodlight failure.

And Mascherano ensured that things ended hot for his side, laying on the late equaliser in a 1-1 draw.

At the age of 35, there are doubts about how much he has left in the tank. His legs appeared to have gone in the last of his four World Cups.

In Russia 2018 he was well below his previous standards, especially of his magnificent Brazil 2014 campaign, when he did so much to haul a tired team into the final.

It is hard to think of a player in the current century who has been as under-rated as Javier Mascherano.

When he left River Plate in 2005 there were strange spells with Corinthians in Brazil and with West Ham, before he showed his true value with Liverpool and, especially with Barcelona, where to general surprise he ended up playing most of his football at centre back.

There are very few teams where this would have been possible. But with Barcelona enjoying so much possession and defending so far up the field, Mascherano’s lack of height was rarely an issue.

Instead he stood out not only for his trademark bite in the tackle, but also for the excellence of his passing.

Pep Guardiola would not have brought him to Barcelona without complete confidence in his ability to distribute from the back.

Mascherano’s ability to pass long and short appeared to one of football’s best kept secrets – along with his nous to choose the right pass. This, too, is crucial.

There is a stereotype of Mascherano as the hard man, enforcer figure. The reality has been of a player who combines intense commitment with a shrewd brain.

Mascherano is a deep thinker. Indeed, there is a striking similarity between him and the player who, with a two year gap, he replaced in the Argentina side – Diego Simeone.

No one who followed the playing career of Simeone can be surprised by the success he has enjoyed as a coach. And Mascherano could be the next cab off the rank.

During Saturday’s game he often trotted over to the touchline to have a word with team coach Gabriel Milito. He clearly has a tactical input, and while they think along the same lines, he can be Milito’s voice out on the field.

But in the future, his will surely be the most important voice.

Mascherano’s return to Argentina is both, he hopes, a pleasurable end of career adventure and a further stage in his development as a coach.

In his own under-estimated way, Javier Mascherano was a genuinely world class player. Maybe greatness as a coach might also be within his grasp.