MARCELO took a knee in solidarity support of the Black Lives Matter movement as Real Madrid breezed past Eibar 3-1.

After Barcelona hammered Mallorca 4-0 the day before, Madrid needed three points to close the gap behind their rivals to just two points. 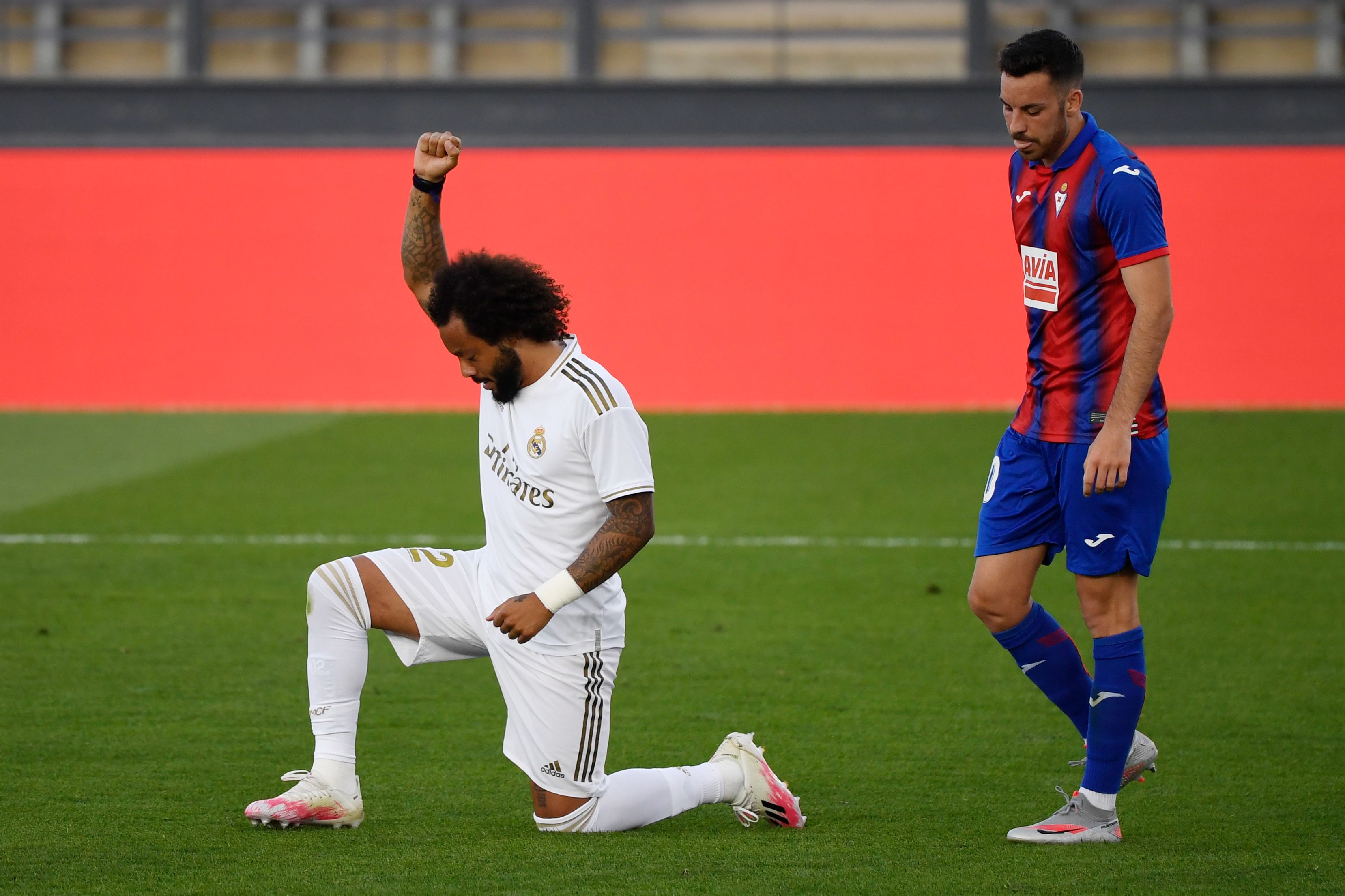 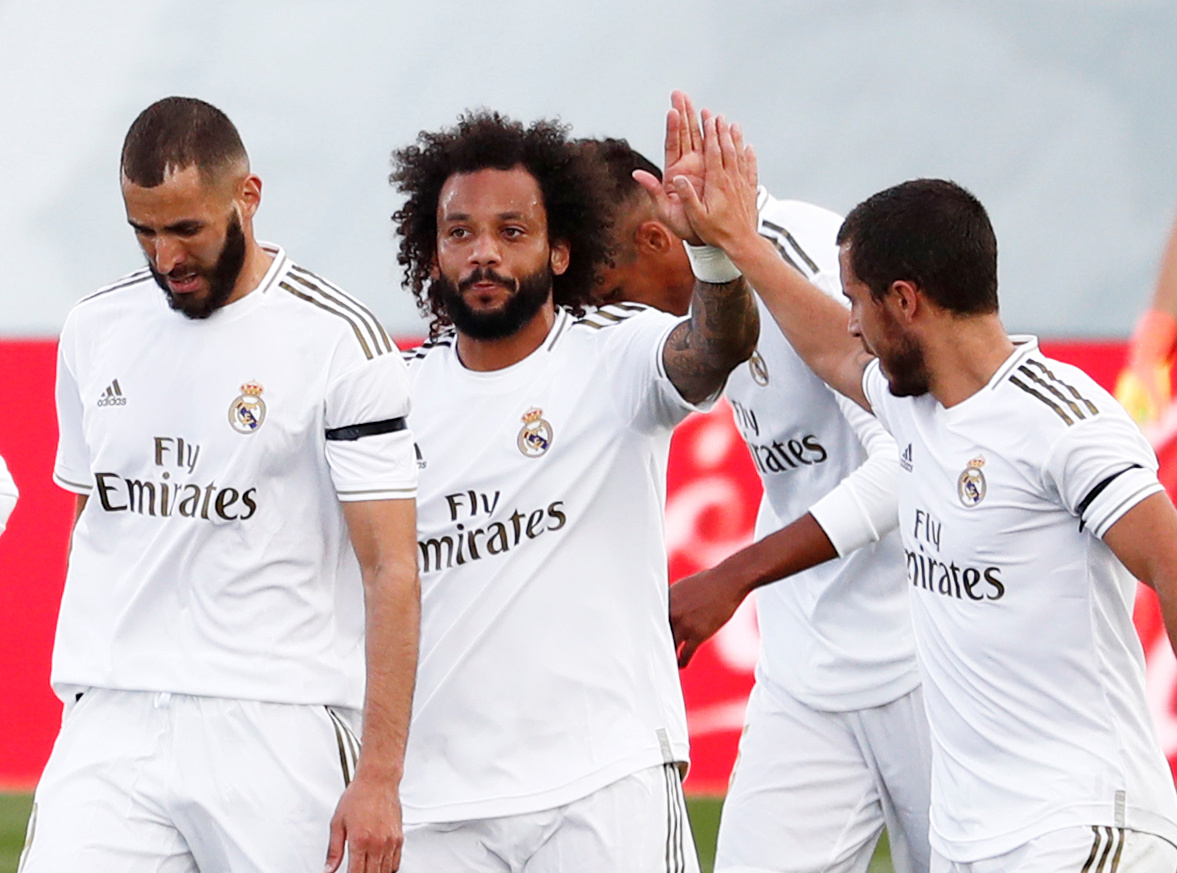 And they wasted no time in establishing an early advantage after German Toni Kroos fired them into the lead four minutes in.

Karim Benzema was intercepted in the box but the ball fell to midfielder Kroos, who first time smashed it into the top corner.

Madrid skipper Sergio Ramos – sporting a serious lockdown beard – then doubled the scoring on the half hour mark.

But he can thank ex-Chelsea forward Eden Hazard for the goal, after the Belgian laid off his team-mate inside the penalty box leaving Ramos with a tap in.

Brazilian left-back Marcelo capped off a hat-trick of goals for the hosts just before the break, after he smashed home inside the box.

The defender immediately took a knee in celebration, acting as the latest star to back the BLM protest.

Madrid largely controlled the second 45 but were stunned after an hour as Pedro Bigas deflected home to pull one back.

Following a corner, Paulo De Blasis reacted quickly and got a shot off only for it to hit Bigas' back, wrong footing Thibaut Courtois, who fumbled the ball past the line.

Gareth Bale, whose Madrid future has been subject to recent speculation, came on with 30 minutes to play, slotting in on the right wing. 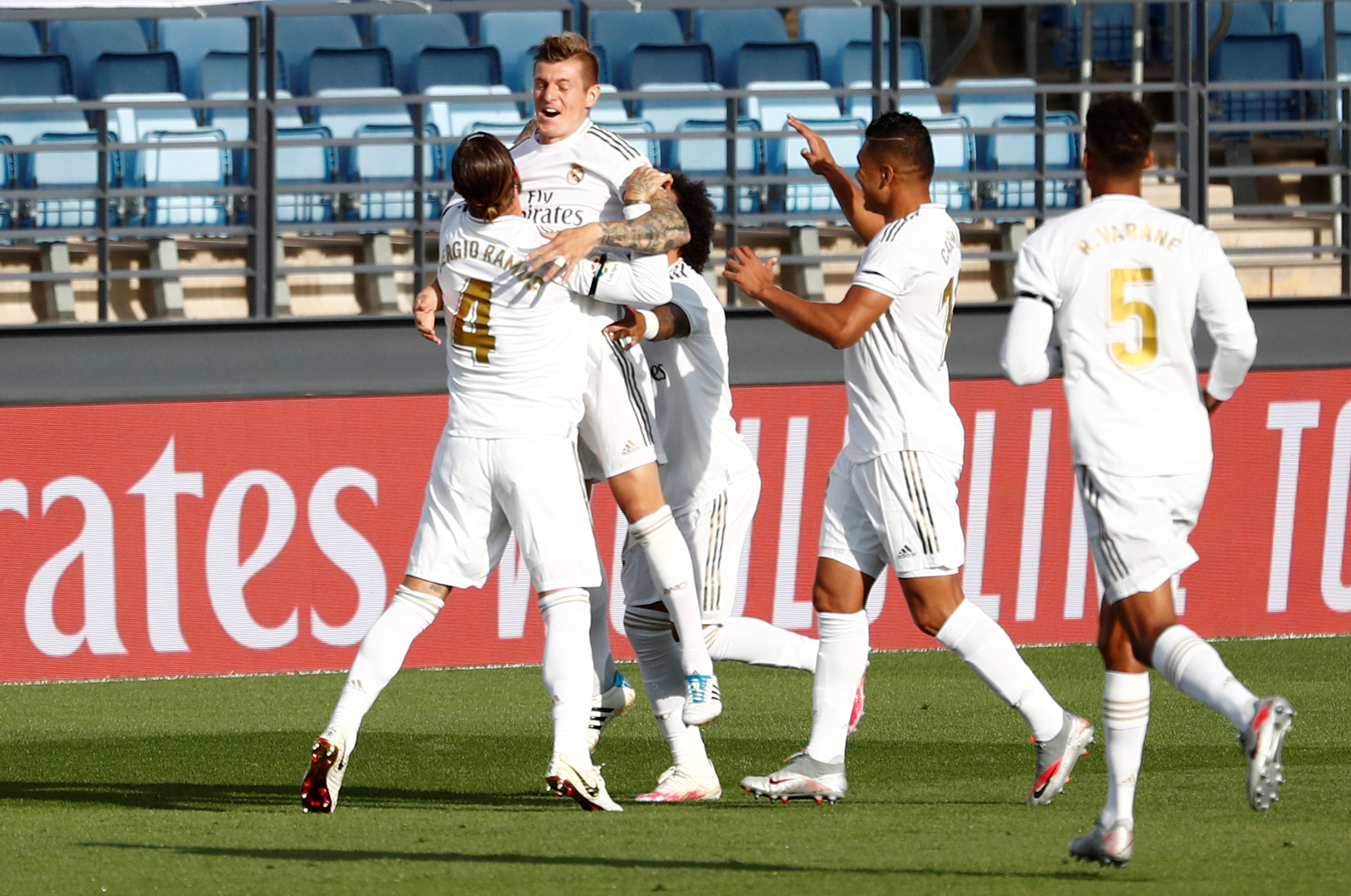 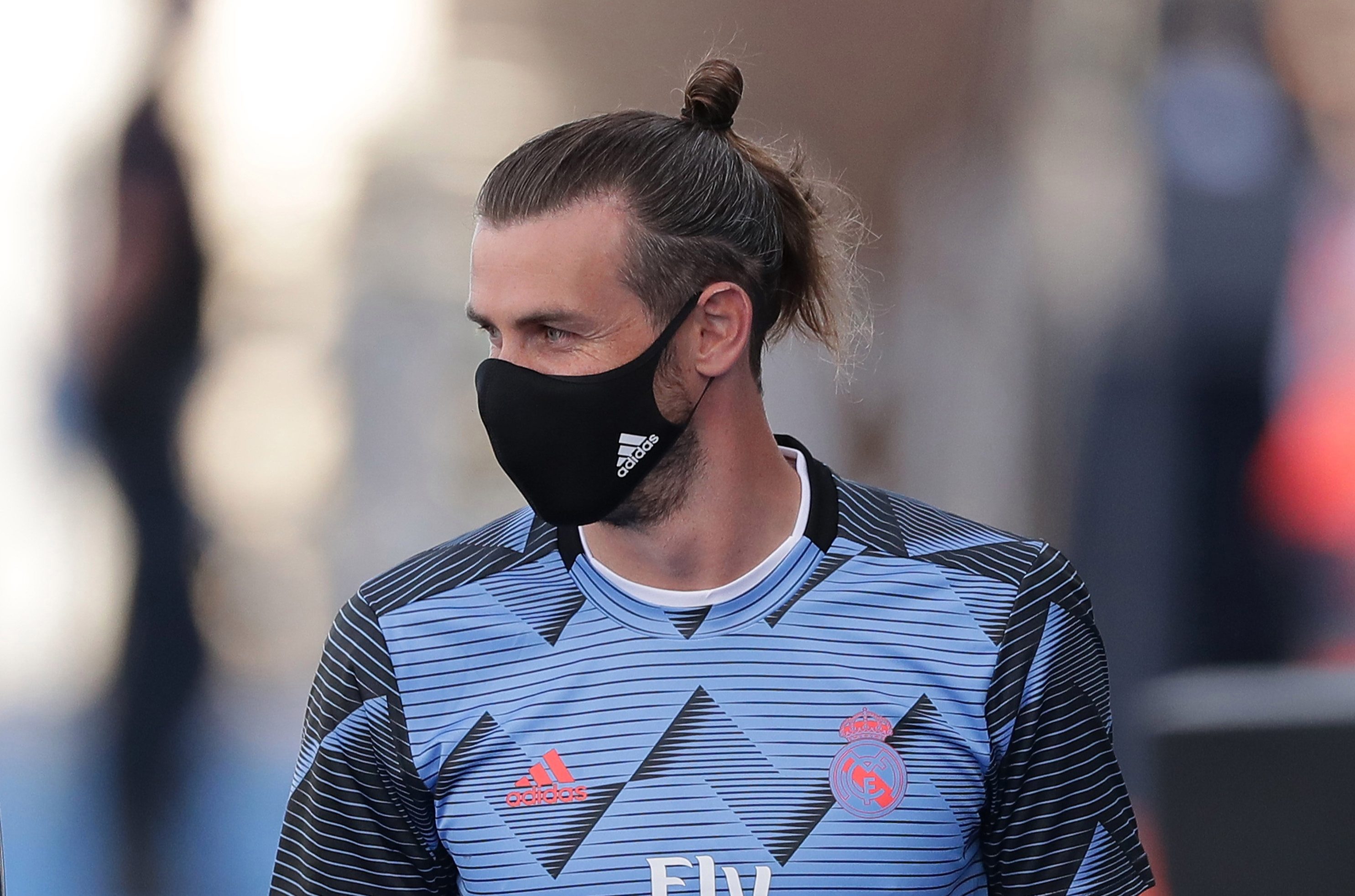