BAYERN MUNICH'S game with RB Leipzig was delayed as Manuel Neuer attempted to patch a hole in his net with a TOWEL.

The Bundesliga title rivals faced off at Red Bull Arena on Saturday but the start had to be held back by a few minutes. 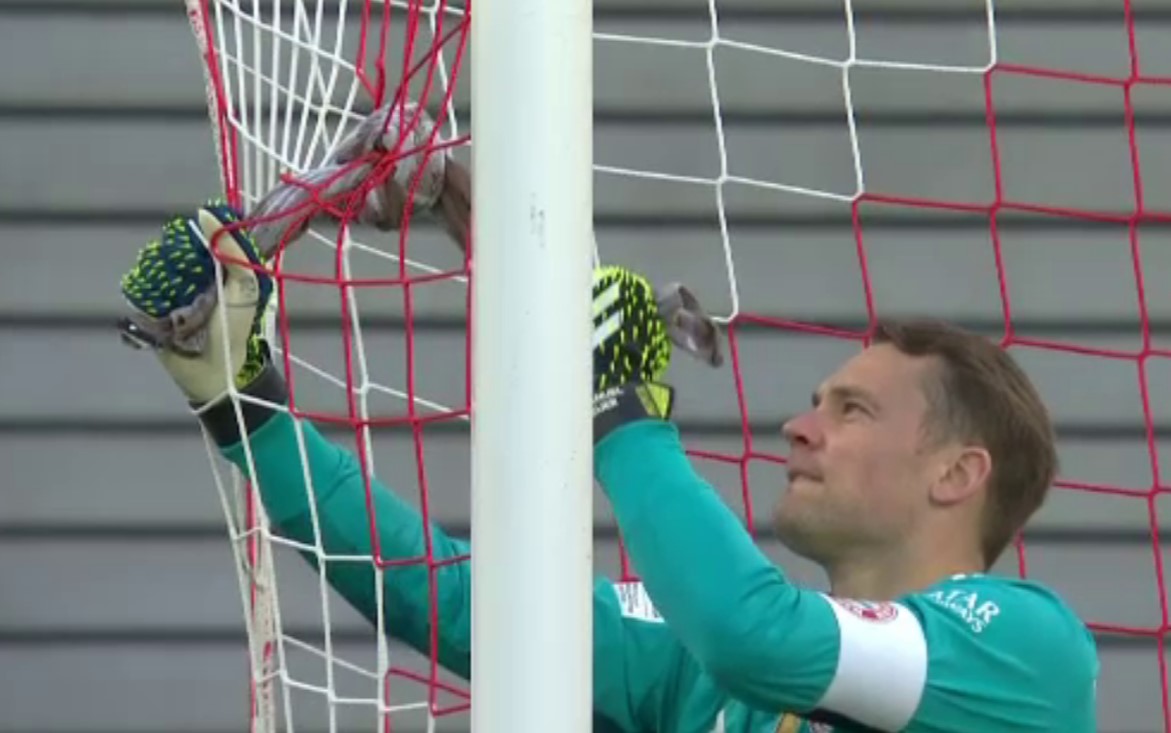 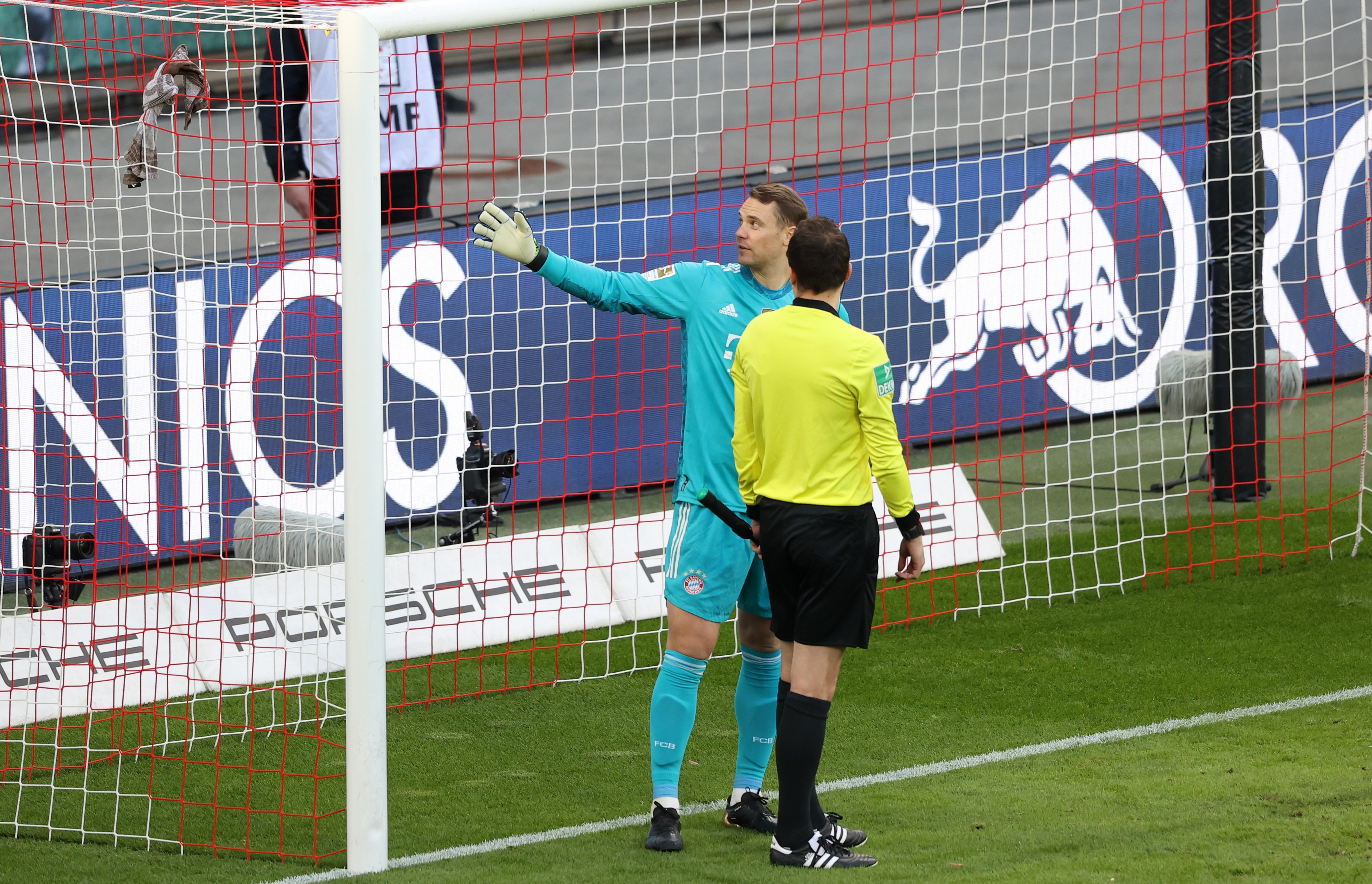 As Neuer settled in between the posts, he noticed a torn piece of net on one side had left a hole.

The wily German began tying up his towel to fix the gap.

Despite his knot appearing to be a rather sturdy addition, referee Daniel Siebert was not satisfied and called out a member of the ground staff to apply a more professional repair job.

A handful of cable ties were soon applied and, four minutes late, the game was able to get underway.

Fans were left chuckling at Neuer's dab hand at DIY and the goalkeeper was allowed an otherwise quiet start to his day's work.

Bayern extended their lead atop the table to seven points by downing second-placed Leipzig. 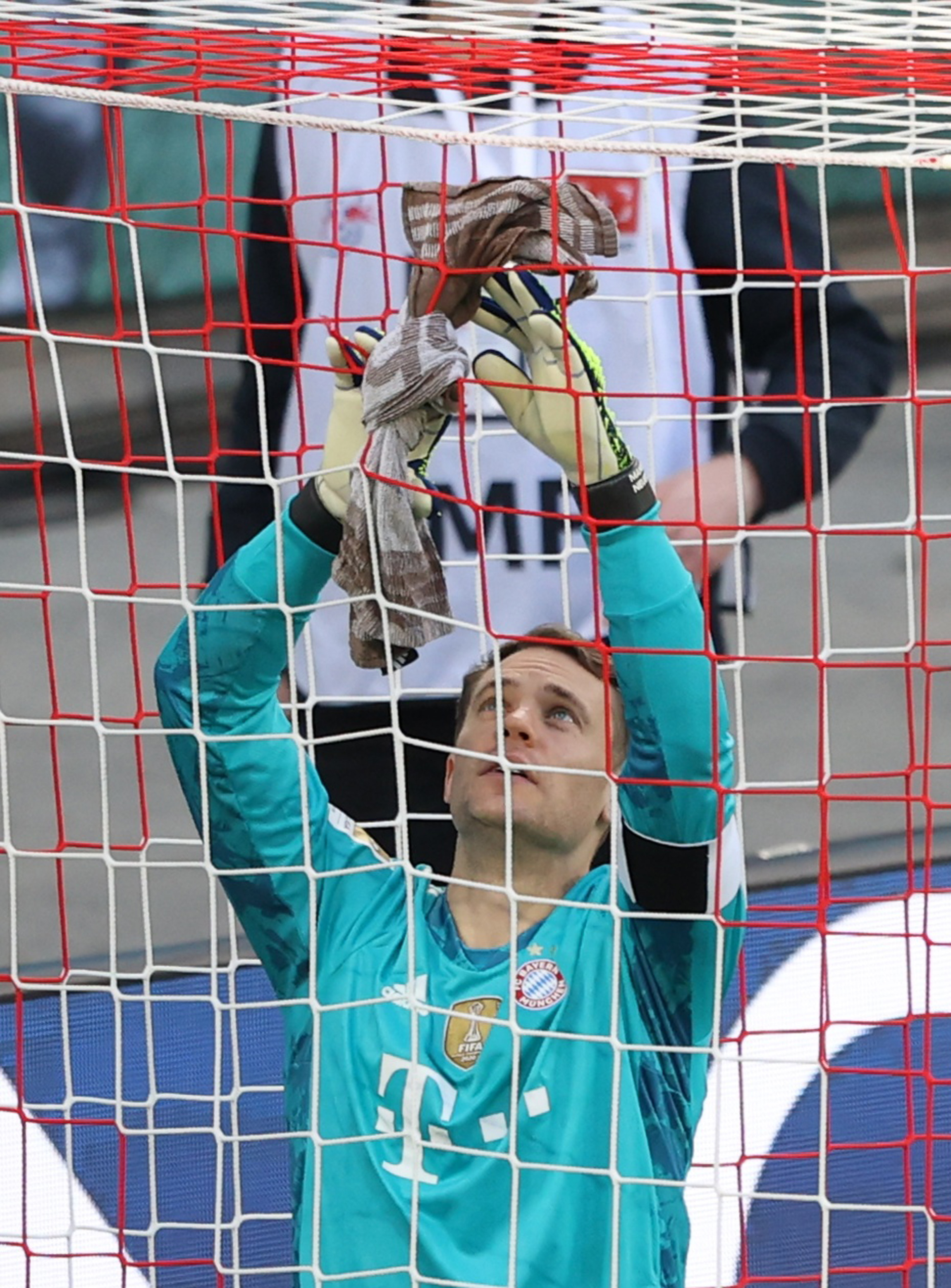 Leon Goretzka hit the only goal of the game after being teed up by Thomas Muller.

Leipzig failed to fire off a shot on target for the best part of an hour before Yussuf Poulsen and Alexander Sorloth were thrown on for a late push.