DAVID DE GEA is not even the best keeper owned by Manchester United, if the stats are to be believed.

The newly-contracted Spaniard's save percentage is currently NINTH best in the Premier League. 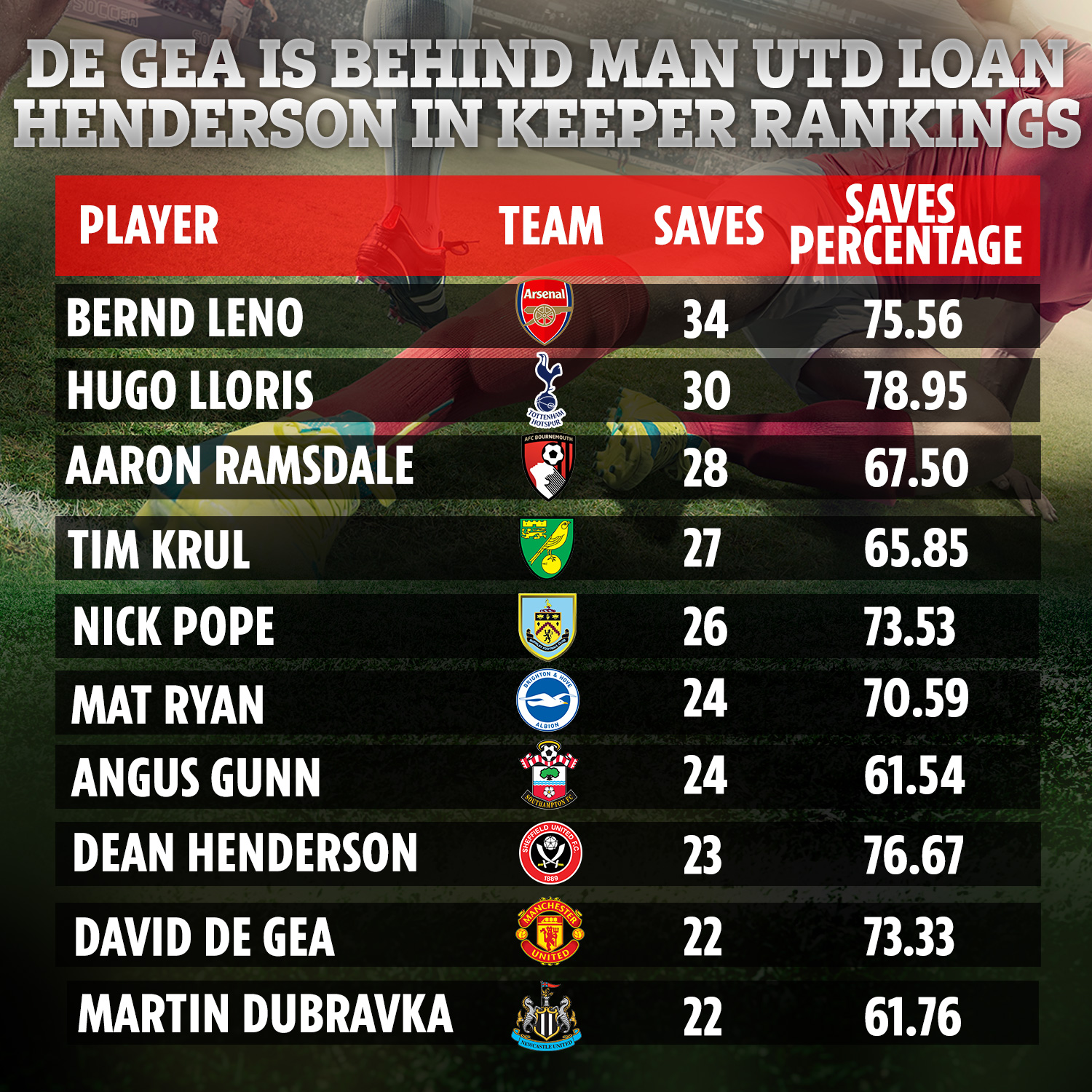 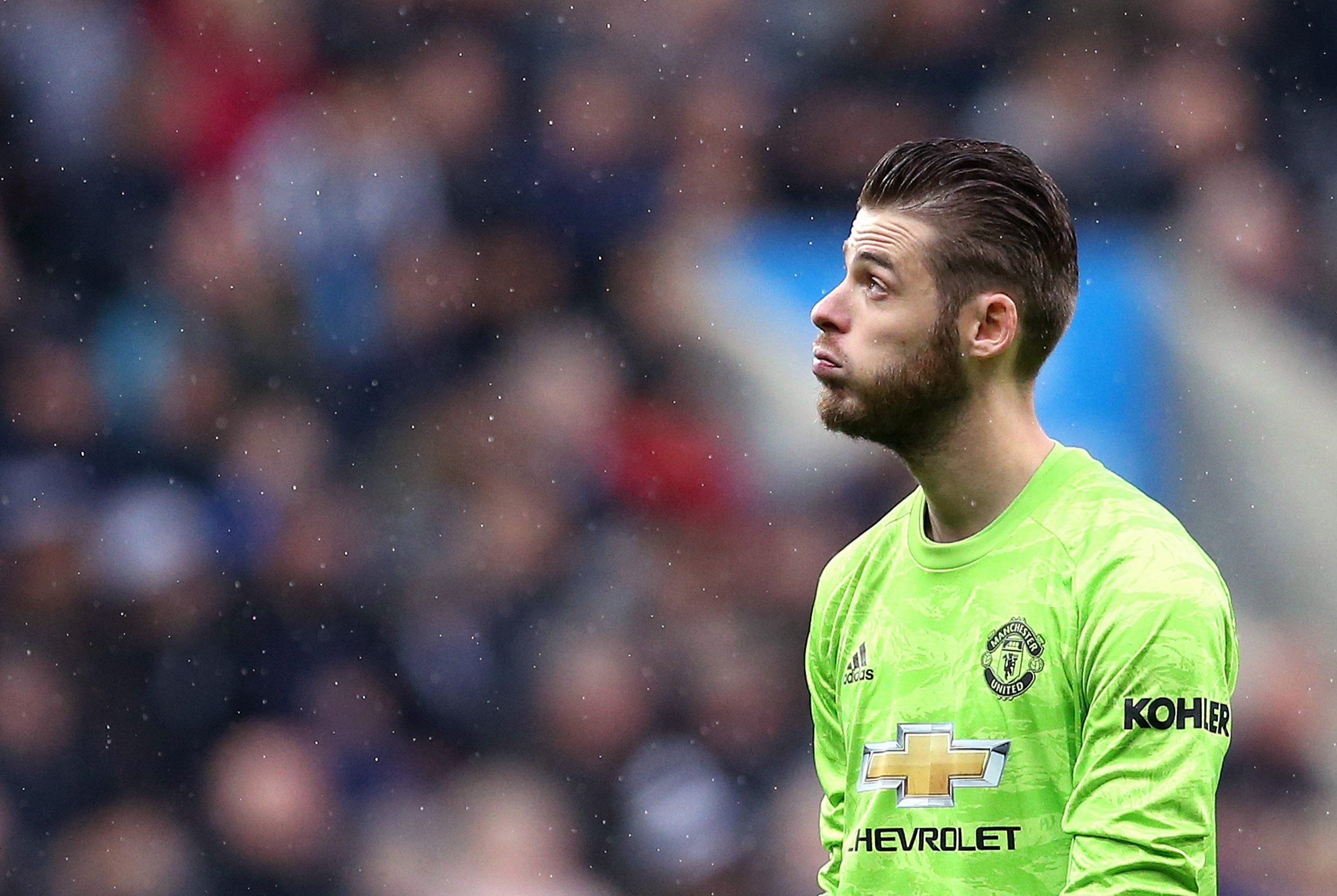 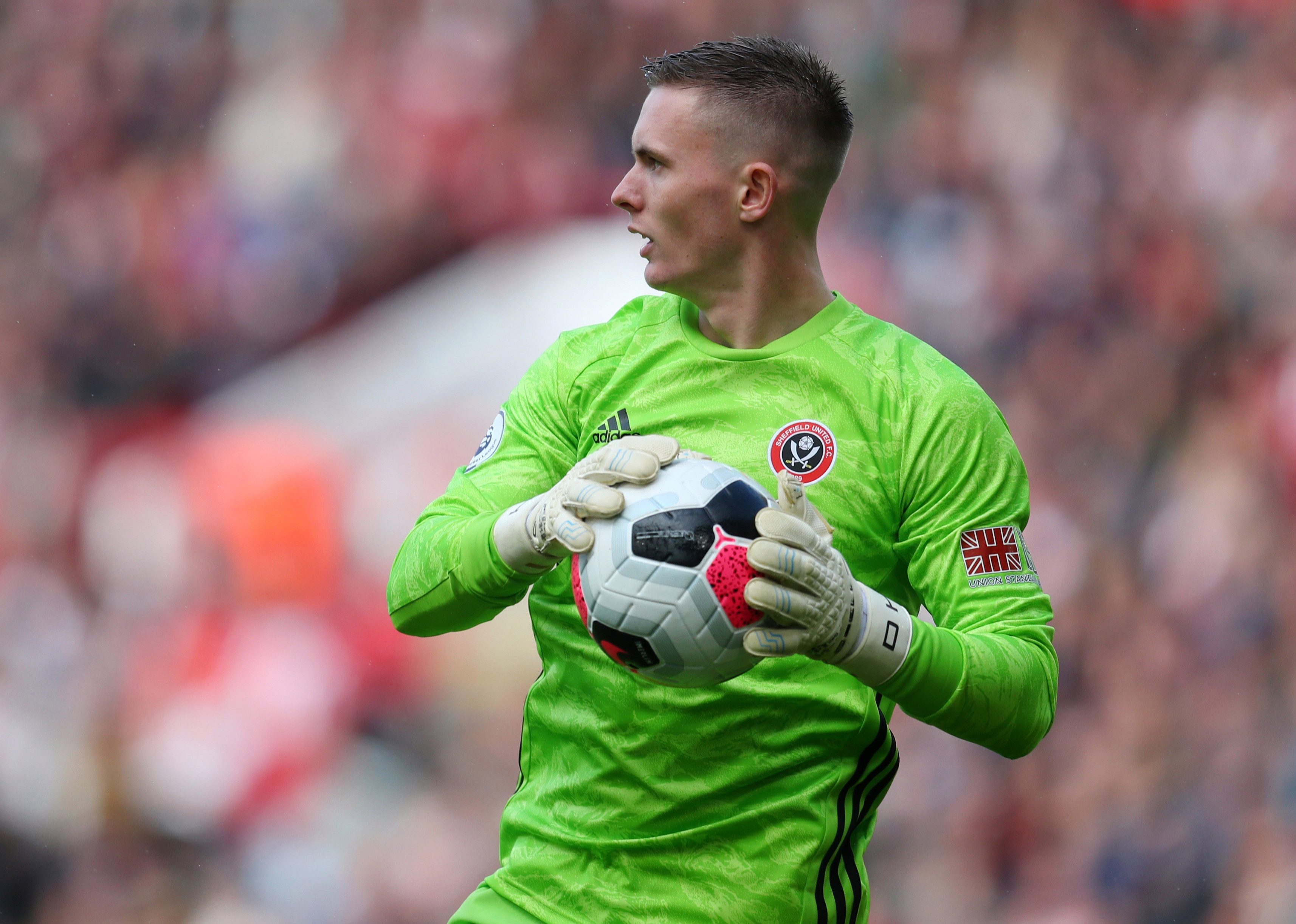 And that is one place behind Sheffield United loanee Dean Henderson, who is on loan for the season from Old Trafford.

Henderson, 22, has spent much of his young career going out on loan.

He has played at Stockport, Grimsby Shrewsbury and the Blades last season as well, where he helped the Blades get promoted to the Premier League again.

Now, playing his first season in the top flight, Henderson has impressed in his eight Prem games so far, keeping three clean sheets, with a save rate of 76.67 per cent, prompting his first senior England call-up.

He might want to forget his howler against Liverpool at Bramall Lane, when Giorginio Wijnaldum's shot from the edge of the box went straight through his legs.

It shows just how difficult a time De Gea is having at United though, with the club bagging just three wins all season, as well as a penalty shootout victory over Rochdale.

His save rate is 73.33 per cent, after Prem teams have hit eight goals past United this season, with 22 saves made.

Surprisingly Bernd Leno is the player with the highest save percentage in the Premier League, with 34 stops made in the top flight.

Eagle-eyed fans will be keen to point out how many chances opposing sides can come up with against Arsenal, though.

DE GEA NEEDS TO SAVE UNITED

In the Gunners' 2-2 draw with Watford, the North London club allowed the Hornets to pop 31 shots at Leno — which is less than three minutes per shot — even if just 10 of them were on target.

After Manchester United's shock 1-0 defeat to Newcastle, De Gea was criticised for his post-match interview.

He said: "A lot of things to improve.

"I don't now what to say, but just keep trying, keep fighting, keep improving every day.

‘These celebrities have been put in their box!’ Piers Morgan rejoices in coronavirus highlighting what ‘real stars’ are… and brands Harry and Meghan ‘utterly irrelevant’…