MANCHESTER UNITED will be hoping their good deed will be rewarded after letting Borussia Dortmund use their facilities ahead of a crunch Champions League encounter.

Erling Haaland and Co trained at United's old complex, The Cliff, ahead of their tie with neighbours Man City on Tuesday evening. 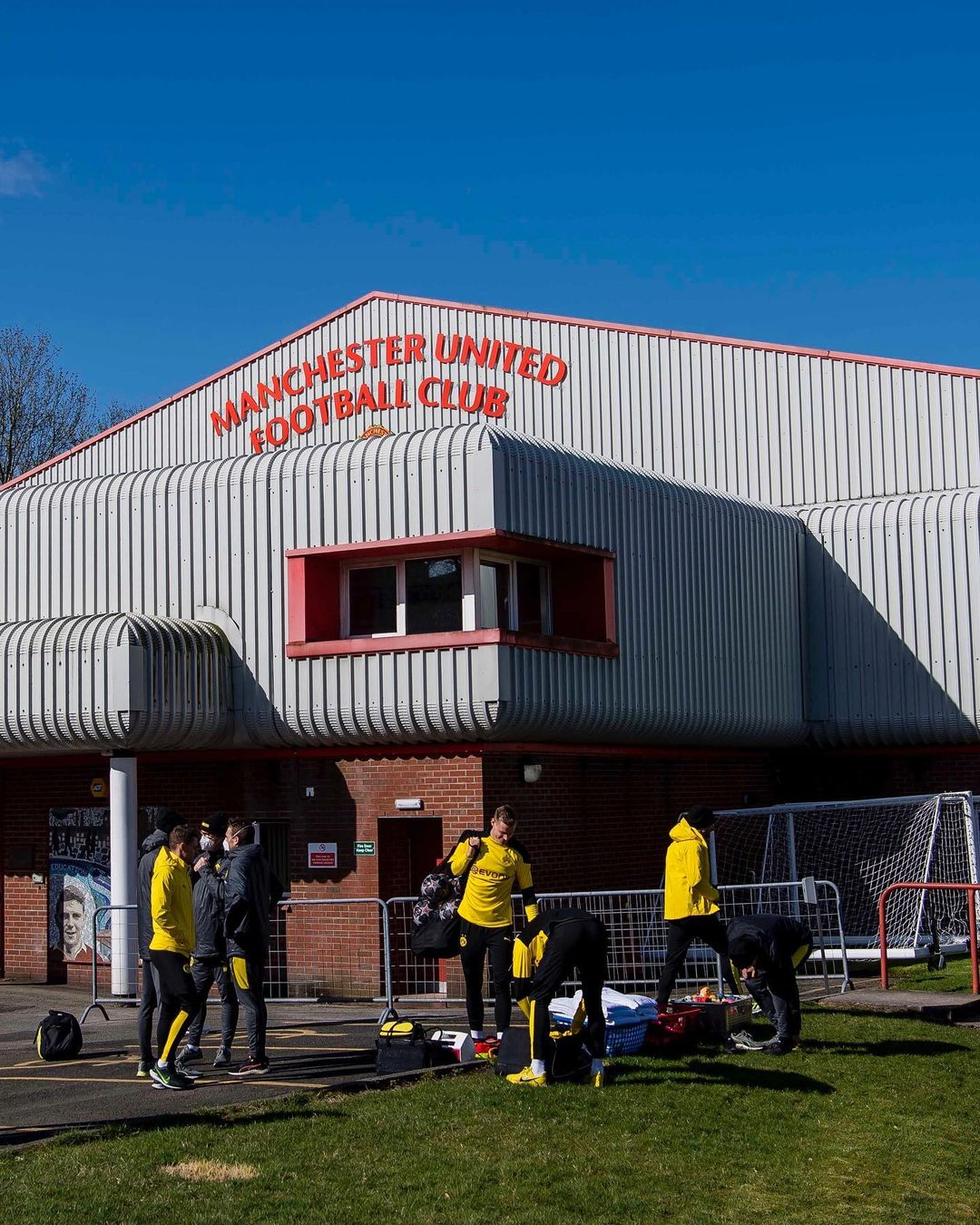 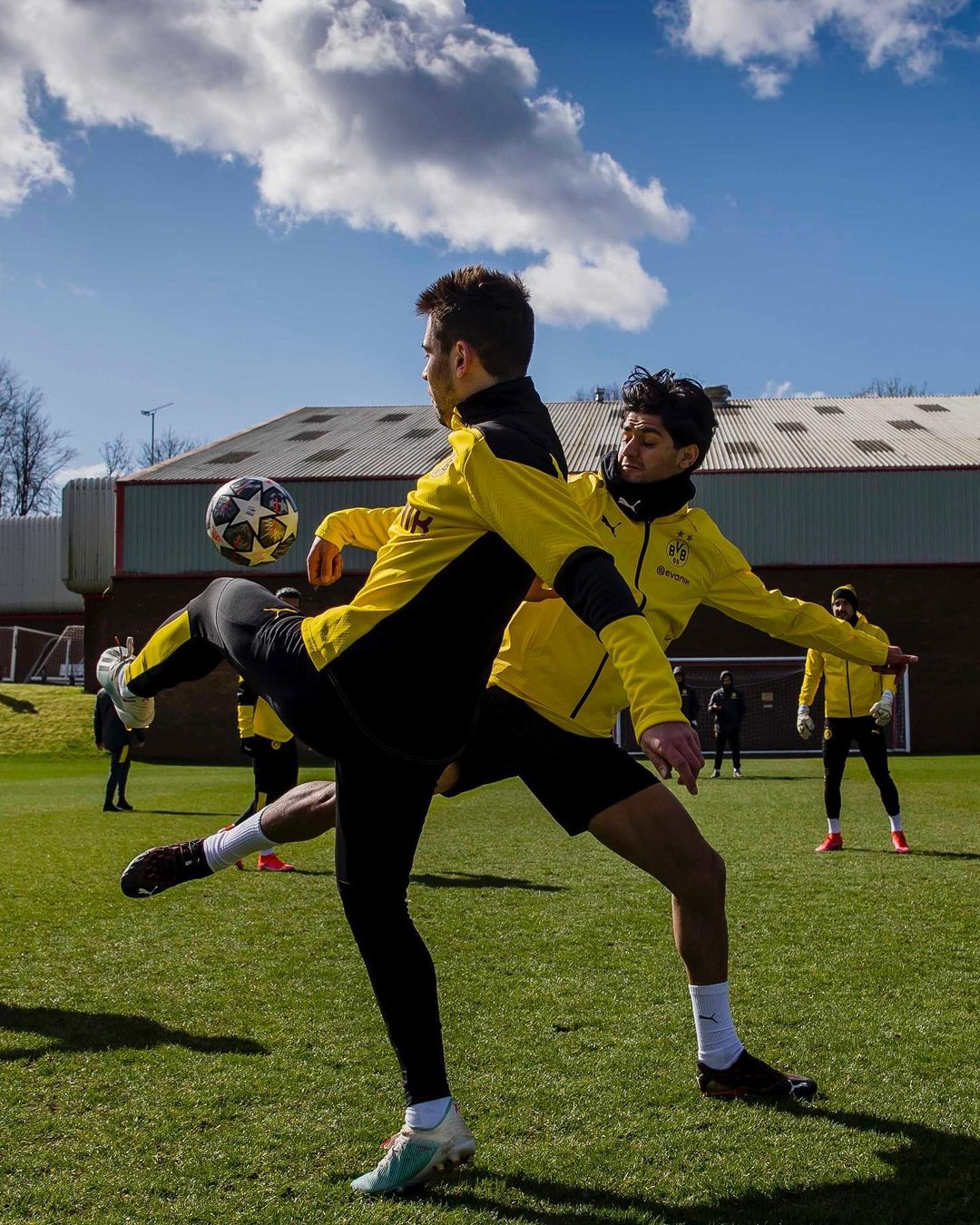 Located in Salford, the United first-team haven't trained at The Cliff since moving to Carrington in 2000.

But the facilities are still used for some academy games, while the women's team also train there.

Legendary boss Sir Alex Ferguson wanted to move his players to a new training complex after believing The Cliff had become too public.

Ole Gunnar Solskjaer took his players there in 2019 to try and inspire them ahead of a Manchester derby.

And he'll be hoping it has a similar impact for Edin Terzic's side.

Dortmund uploaded pictures to their social media of their stars in action looking to pull off a cup upset.

Marco Reus and wonderkid Jude Bellingham were just two of the players snapped during training.

Former Man City winger Jadon Sancho wasn't in attendance as he misses out due to a muscle injury. 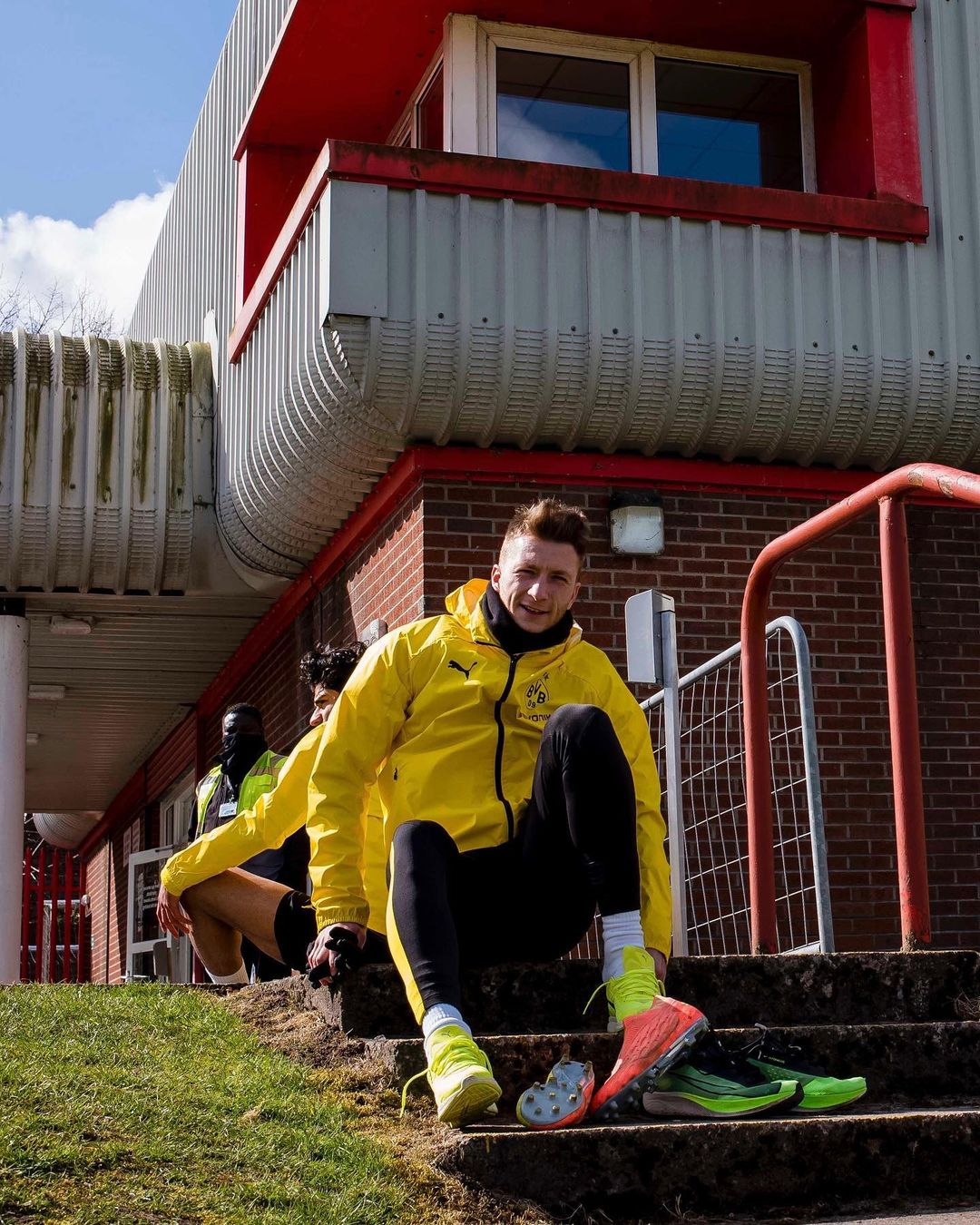 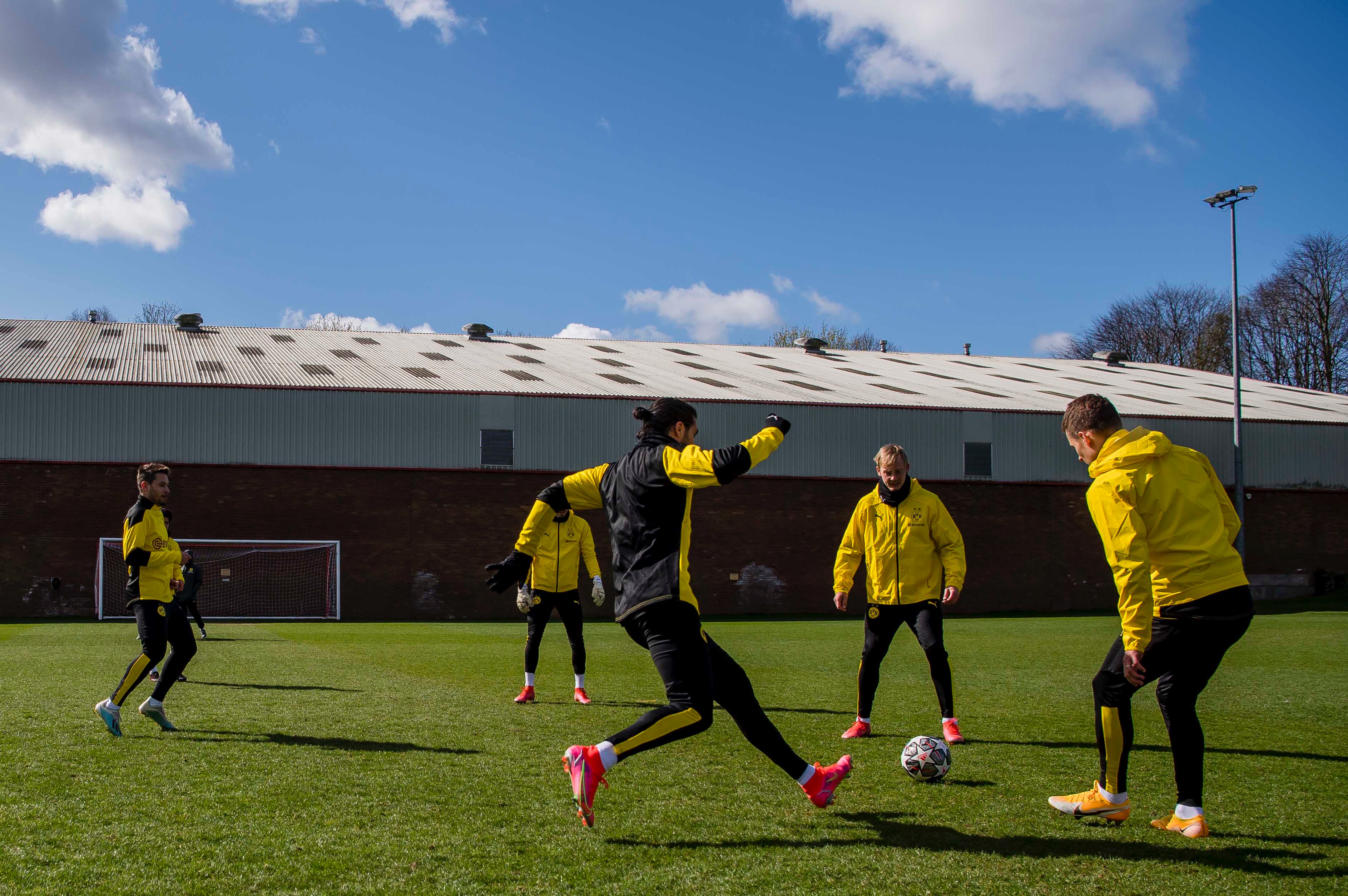 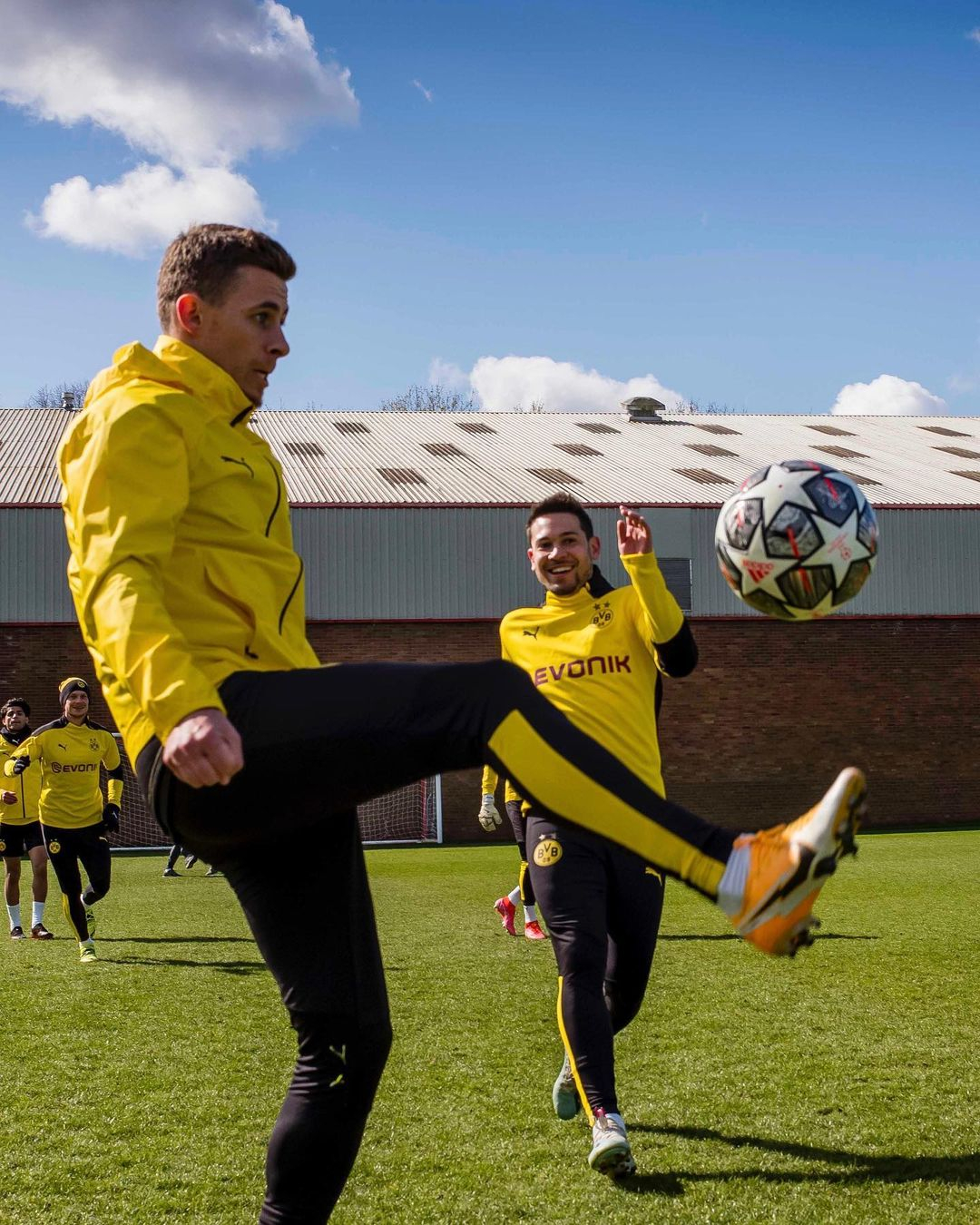 All eyes are likely to be on Haaland as the transfer battle for his signature hots up.

The Red Devils and Pep Guardiola's City have been linked with his signing – along with Barcelona and Real Madrid.

And Guardiola was waxing lyrical about the Norwegian ahead of kick-off,saying: "A player who can score this amount of goals at this age has not been easy to find in the past, honestly.

“He’s 20, the numbers speak for themselves. When that happens it’s because he can score right, left, counter-attacks, penalty box, headers.

“He’s a fantastic striker, everyone knows it. A blind guy can realise he’s a great striker, you don’t have to be a manager to realise it.